If you think Cuba is all colonial towns and beaches, think again. Viñales, 2.5 hours west of Havana, is a valley and natural reserve nestled amongst limestone mountains that will show you the natural side of Cuba. When I talked to some friends who had gone to Cuba before for some tips, they all said “Oh, it’s really boring, there’s nothing there,” but I’m glad I didn’t listen, because Viñales turns out to be one of my favorite places in Cuba.

We were picked up from our casa in Havana in a modern minivan, which was a nice surprise. The town of Viñales itself is tiny and rather reminds me of the ethic villages I saw in Buon Ma Thuot, with the red dirt tracks, the small, colorful bungalows lining the streets, and the mountains in the distance. We were dropped off at our casa, Casa Estrella y Celestino, and greeted by the host, Sady. She runs the place with the help of her parents and her sisters, and during our short stay there, we really felt like a part of the family. 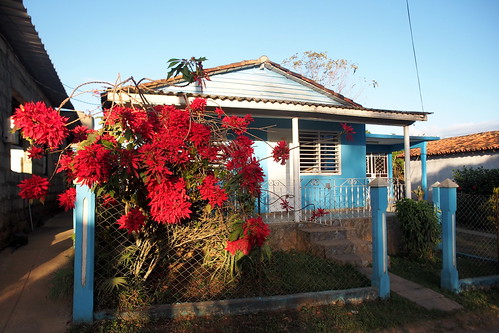 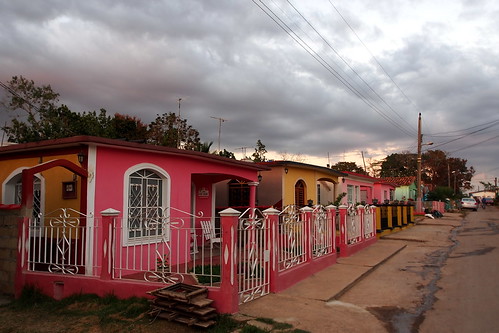 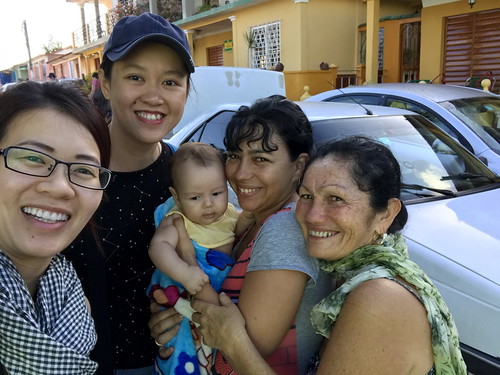 Selfie with Sady, her baby, and her mom!

Per Sady’s suggestion, we decided to go on a horse-riding tour that afternoon (25 CUC/person, for 3-5 hours). Neither of us have ridden before, but we thought, how hard can it be? Boy, were we wrong. We did not know what we were in for as we blithely followed the guide to the horse farm, but as I climbed on my horse, I began to feel something was not right – the horses were on the small side, yet our legs could not reach the stirrups. 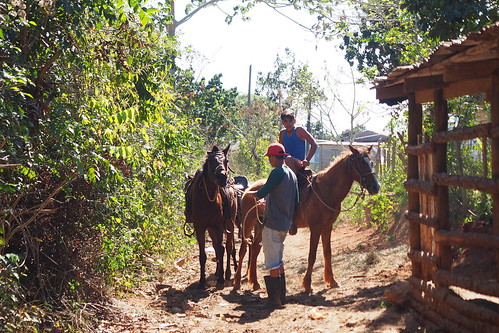 And thus began our ordeal. Every time the horses broke into anything faster than a sedate walk, we would be jolted so violently that it was all we could do to hang on for dear life. The horses were very gentle and knew the way so well that we could have just sat there and they would have taken us where we needed to go. In fact, it was our clumsy handling of the horses that made it worse. The valley is gorgeous, but I didn’t see a lot of it because I was terrified of falling off. 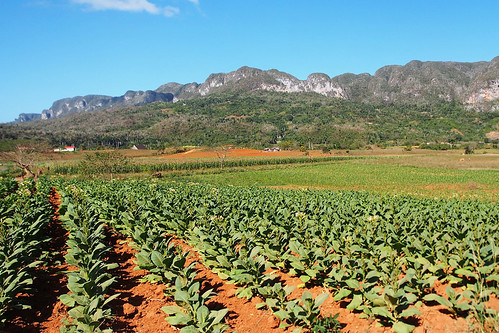 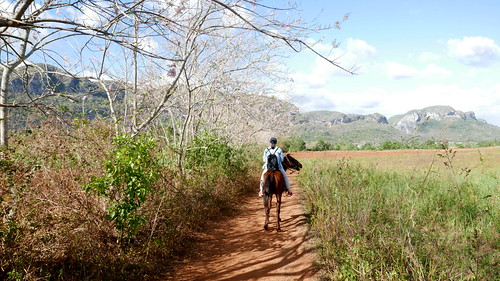 A calm moment during the storm

We got some brief repose at the Mural de la Prehistoria (not a real prehistoric mural, but rather a mural inspired by the theory of evolution, painted in 1961). You can pay a fee to go up to it, but we chose not to – you could see it much better from afar anyway. 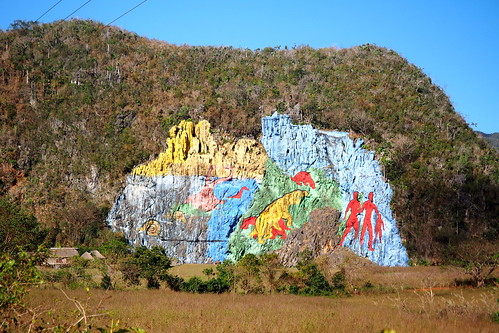 Later, we stopped at a tobacco farm and learned about the cigar making process, and had our first taste of a Cuban cigar (well, my friend did.) 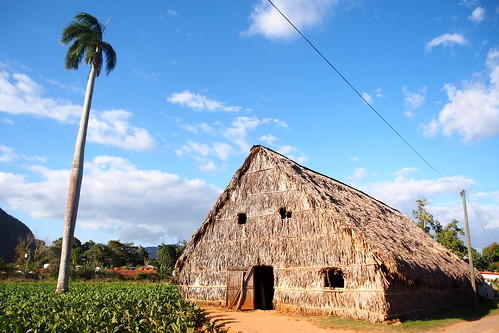 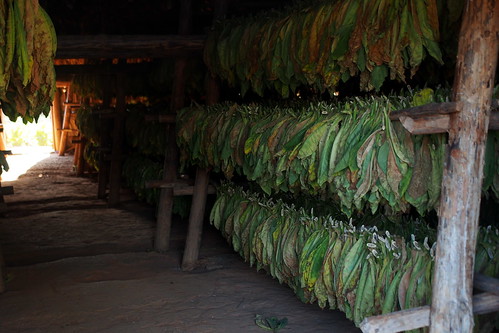 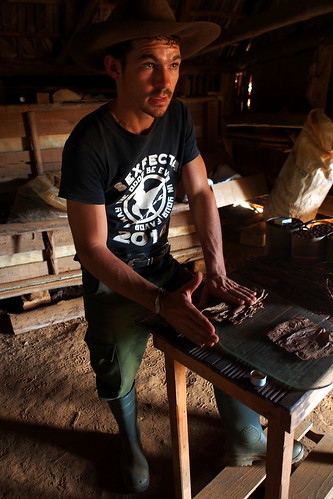 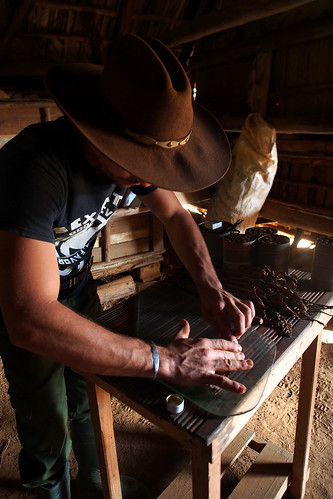 When the tour was done, I came away with a giant bruise on my hip (from getting hit by my camera) and mad respect for all riders.

The next day, determined to see the valley in a less painful manner, we rented two bikes (10 CUC/person for the whole day) and rode around. This time we got to see more of the lush farmland and the mountains surrounding the valley, called mogotes, or haystacks (it’s the same kind of mountains in our Ha Long Bay – some travelers we met even said Viñales was like Ha Long Bay on land!) 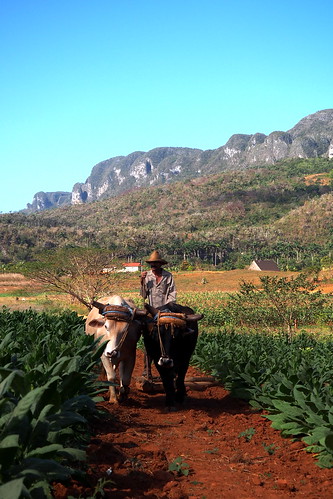 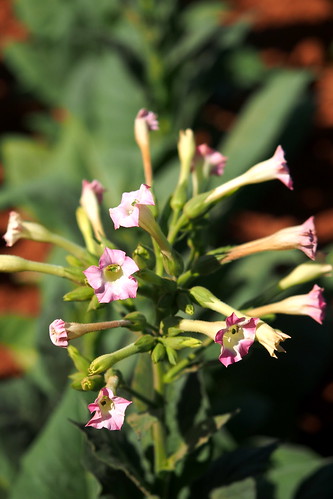 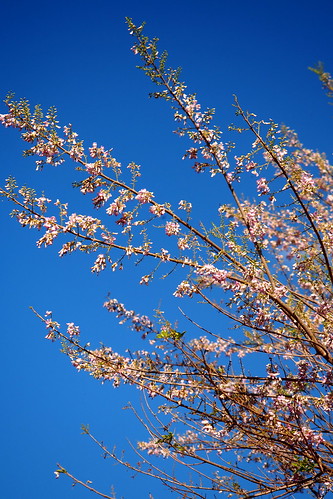 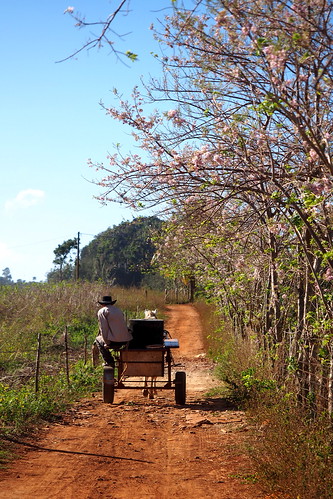 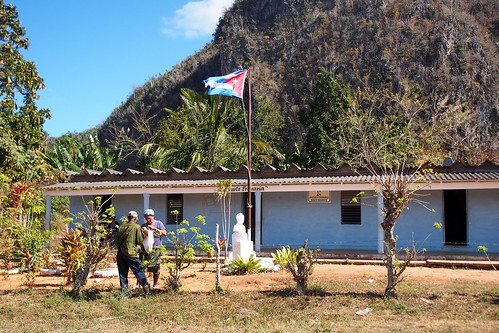 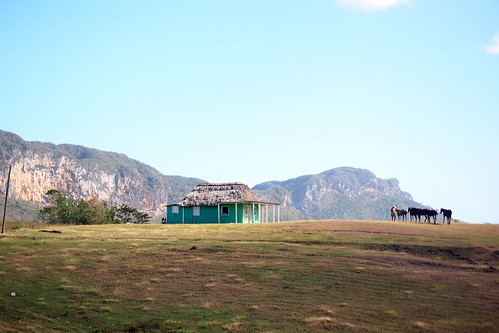 Along the way, we met two kids, started chatting with them in a mix of English and Spanish, and they ended up taking us on an informal tour of the valley. 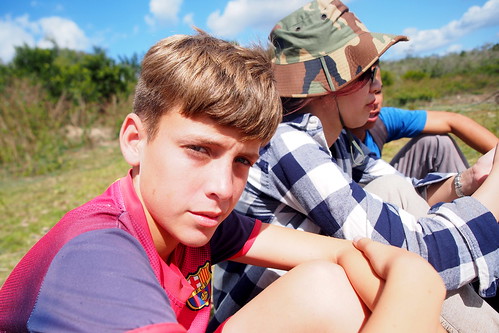 We went to a lake on the other side of town, in the Valle del Silencio (Valley of Silence) and visited a nearby cave. There were moments when I wondered what we were doing, following two kids we just met through a dark cave that lead to God knows where, but it was fun. They were nice kids, and afterward, one of them even took us home, where his mom gave us a refreshing drink from their well. I really wish my Spanish were better so I could talk more with them and learn more about their lives. 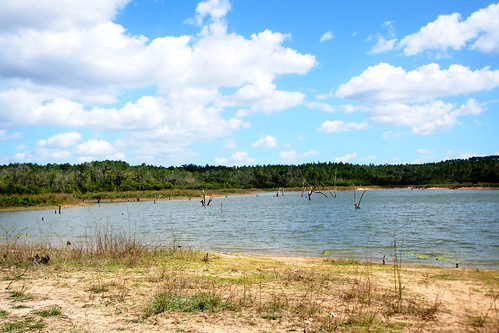 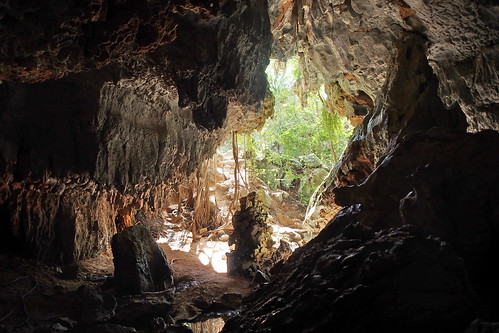 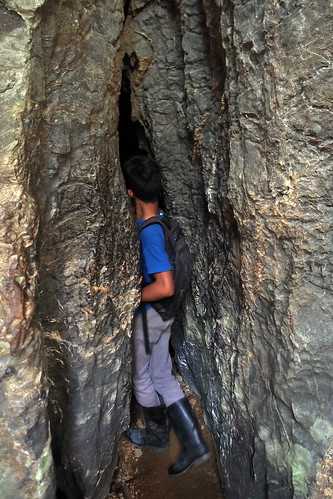 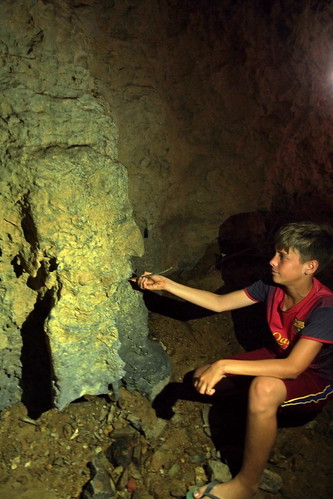 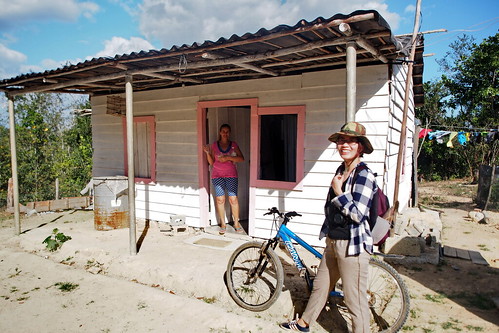 At 5 PM, we bid the kids farewell and returned the bikes to town. Then, apparently we hadn’t exerted ourselves enough, so we decided to walk to the Horizontes Los Jazmines hotel, which is said to have the best view of the valley, to watch the sunset. You can go there by taxi, but we saw that it was only 3 km, and so, armed with the offline maps.me app, we went on our way.

The road was fine at first – mostly footpaths through farmland, but walkable. But then it got rougher and sketchier, until we were picking our ways through brambles, horse crap, and, on one memorable occasion, a dead bird. My feet were covered in so much red dust that it looked like I had some horrible skin disease. We could see the hotel like a pink mirage in the distance, but the slope just got steeper and steeper, and I was practically on my hands and knees, cursing maps.me and our own hubris, wheezing, “This view had better be worth it!” 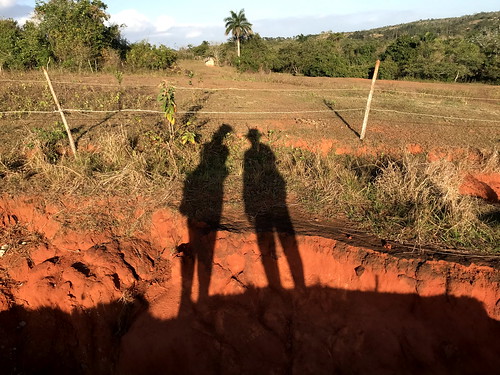 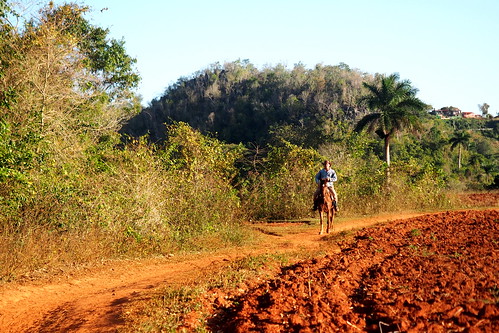 This guy was looking at us oddly when we passed. I didn’t blame him. Probably not a lot of people go this way

And then we made it to the top. 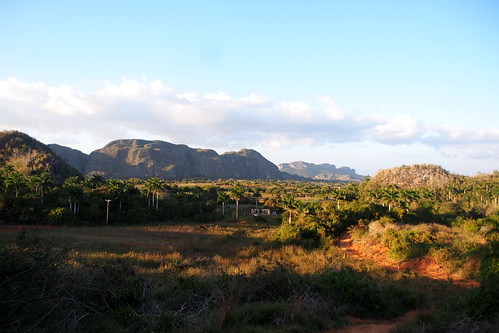 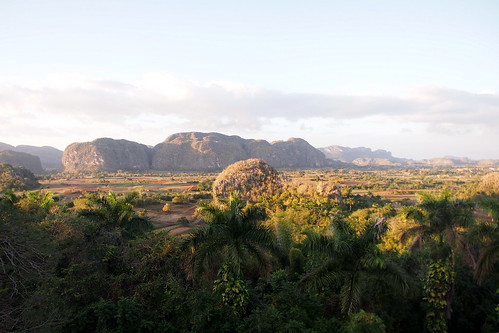 Yes, the view was worth it

We rewarded ourselves with a huge meal in the restaurant next door and a taxi home (only 5 CUC for the whole ride), because let’s face it, there was no effing way we were walking back through those fields in the dark. But, as hard as that hike was, I’m glad we did it. It made us appreciate the view at the top that much more. 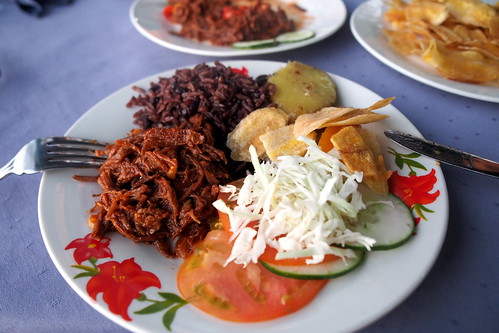 And made this meal taste amazing (this is shredded beef cooked in tomato sauce, or ropa vieja – literally “old clothes” – the most famous traditional Cuban dish)