Black And White And Coral 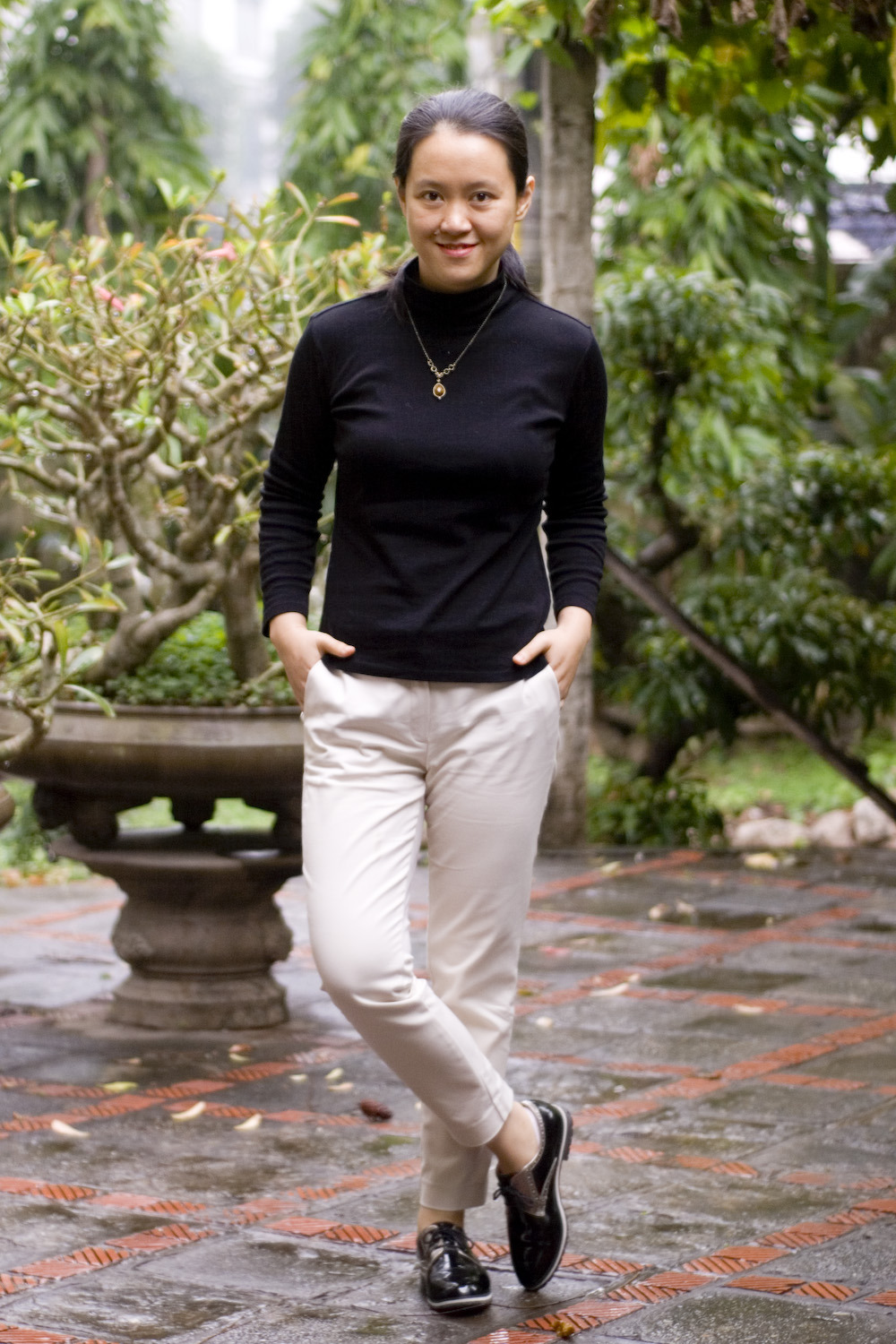 This week’s outfit for SIA, inspired by a 19th-century snuff bottle, took me longer than I expected. The colors are very simple – just black and white – but because there are some designs/patterns on the bottle, I wanted to reflect that in my outfit as well. However, after trying different pairings and being happy with none of them, I decided to went back to the first choice – this black turtleneck and white pants. With the turtleneck, it looks like I’m channeling Steve Jobs (or rather, Elizabeth Holmes), so I added my necklace for the touch of gold and coral on the bottle’s stopper, and its intricate design does mimic the design on the bottle as well. It just goes to show, it’s best not to overthink things.

Don’t forget to check Daenel’s blog on Wednesday to see other outfits in this challenge! 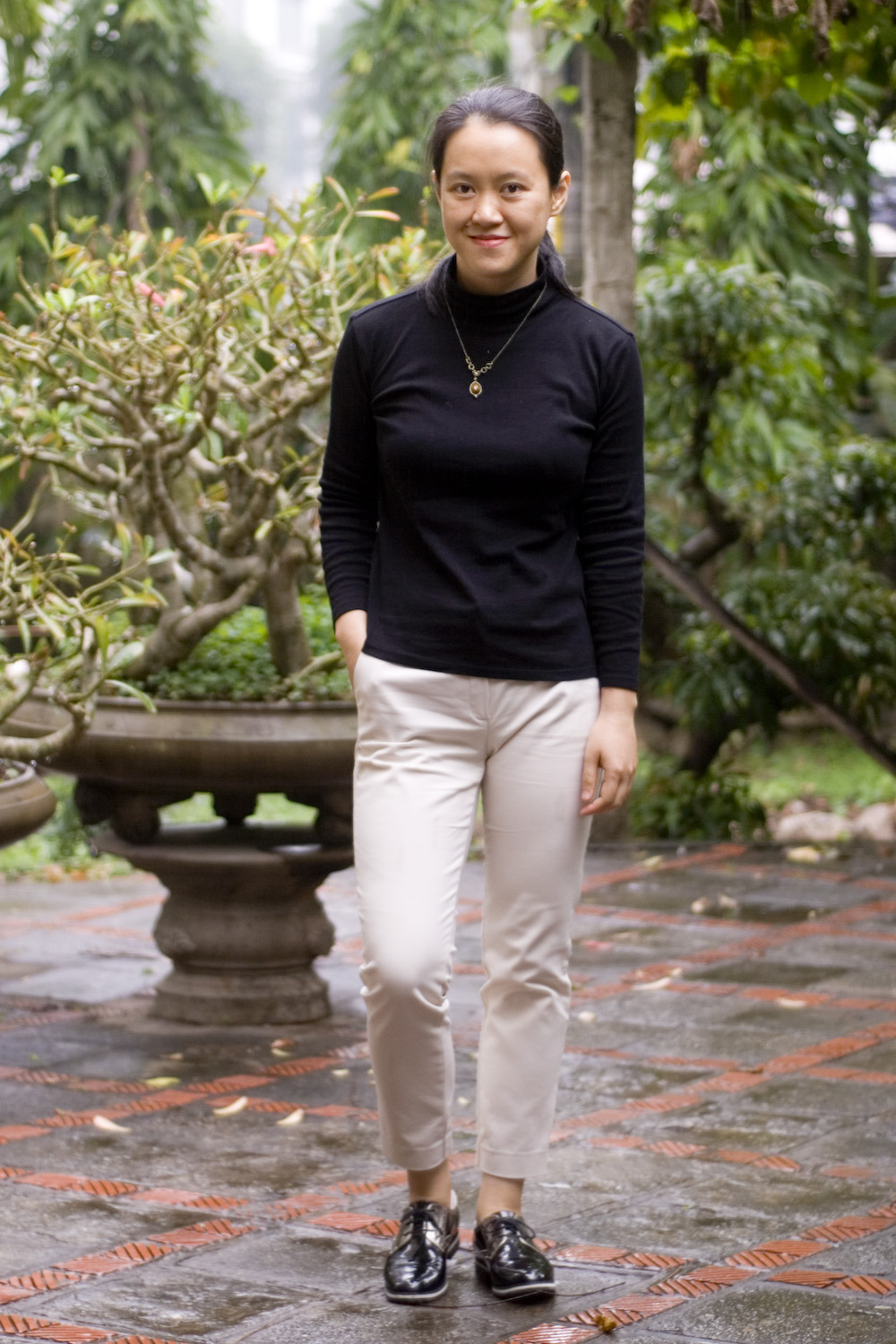 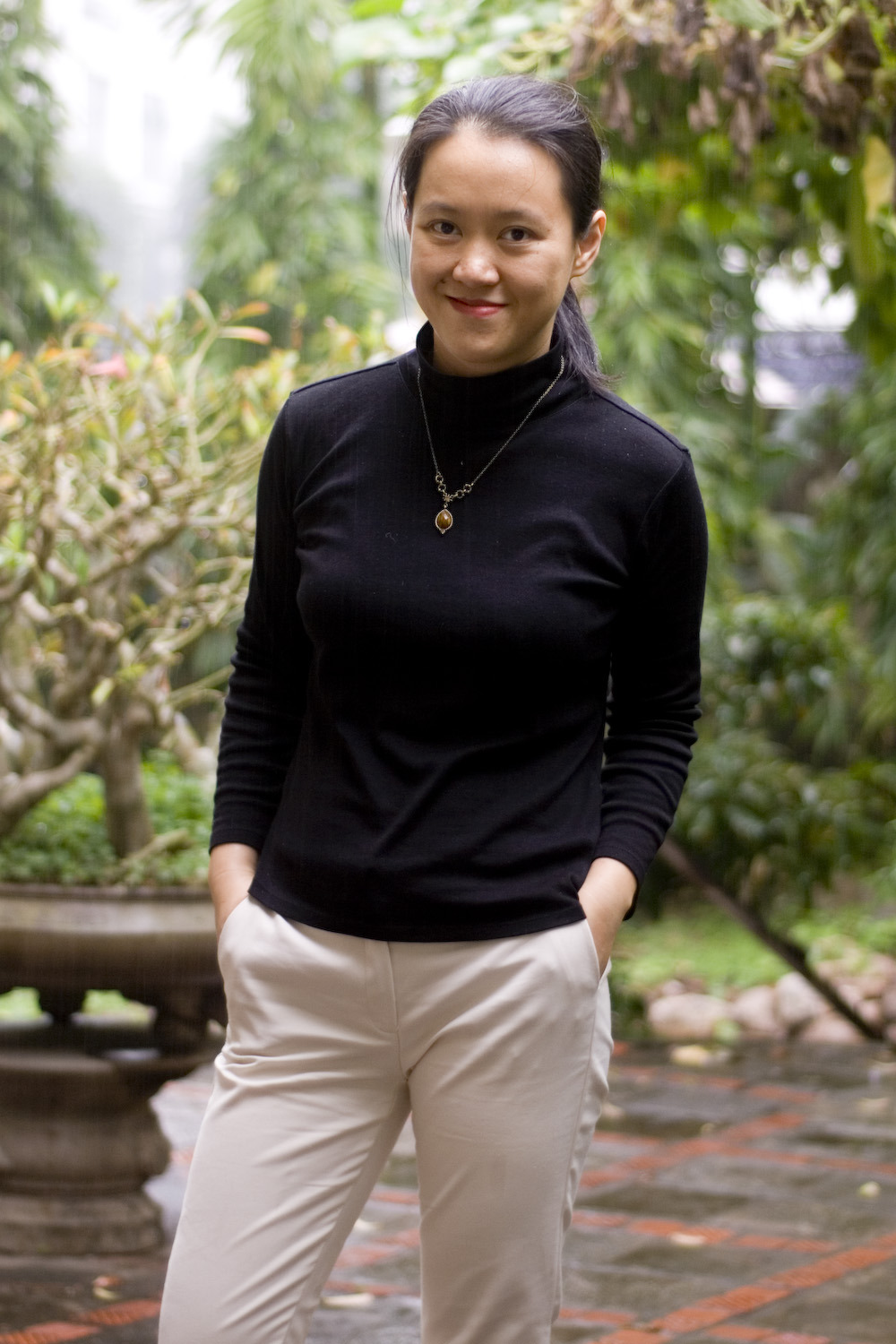 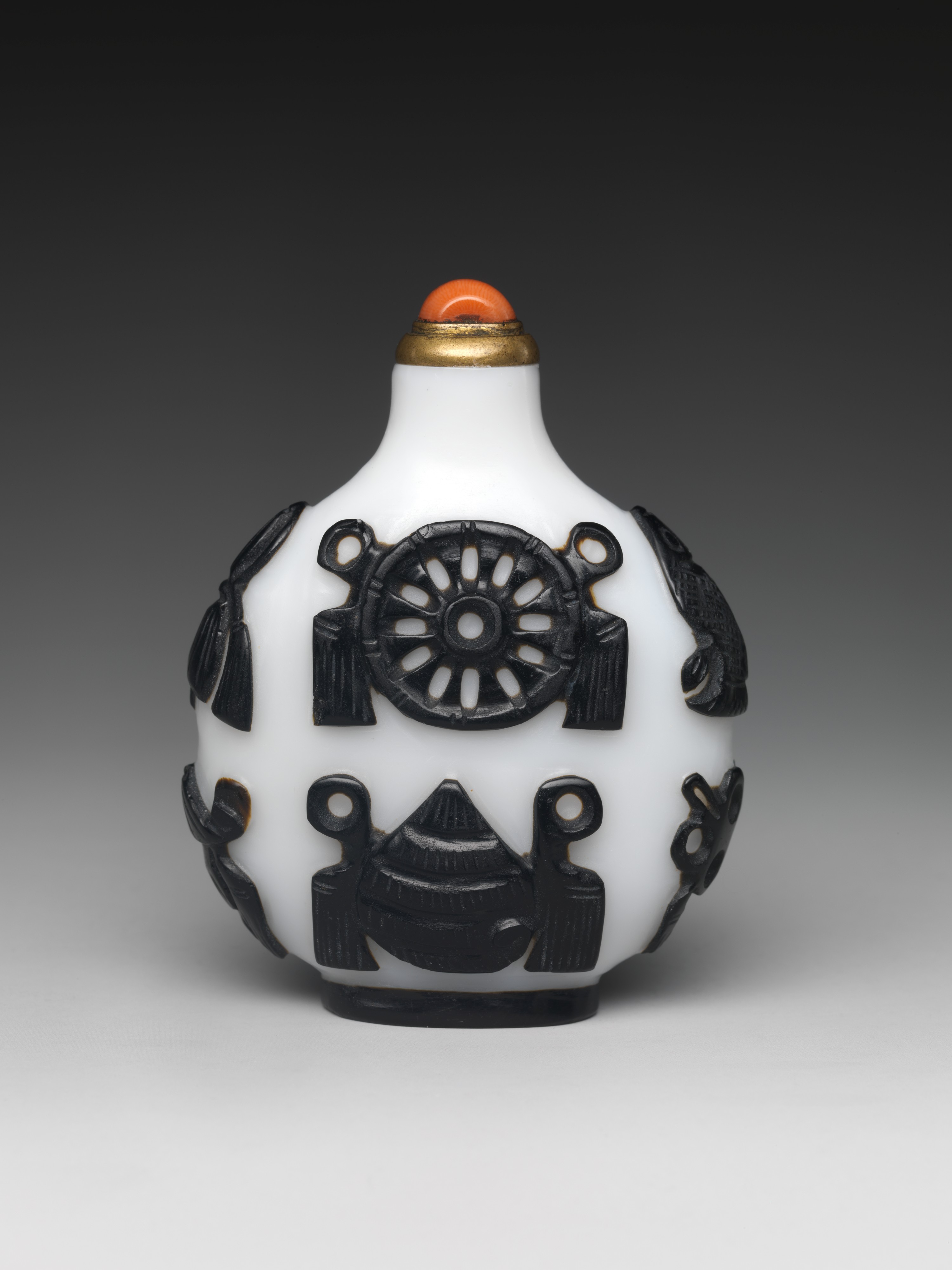 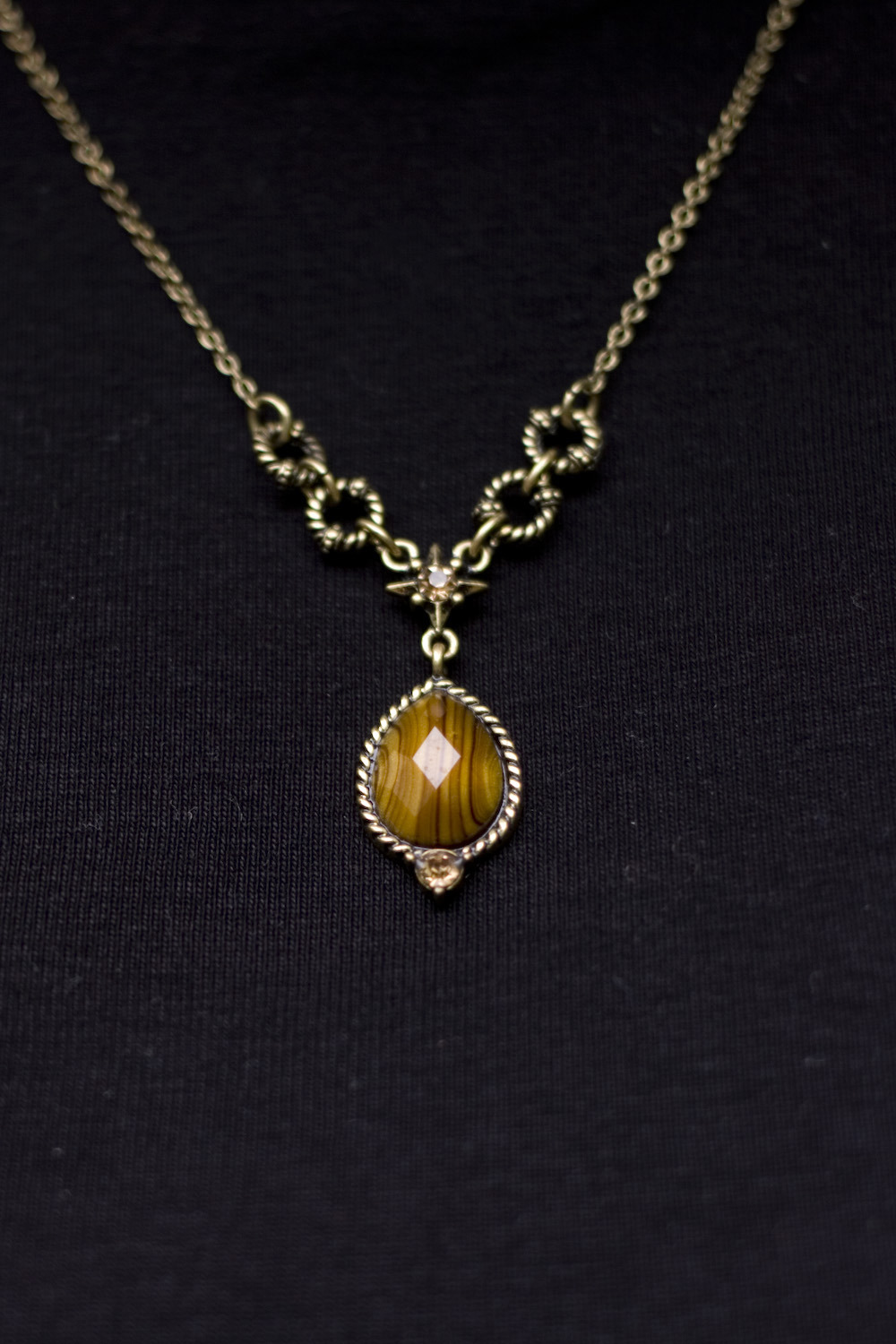 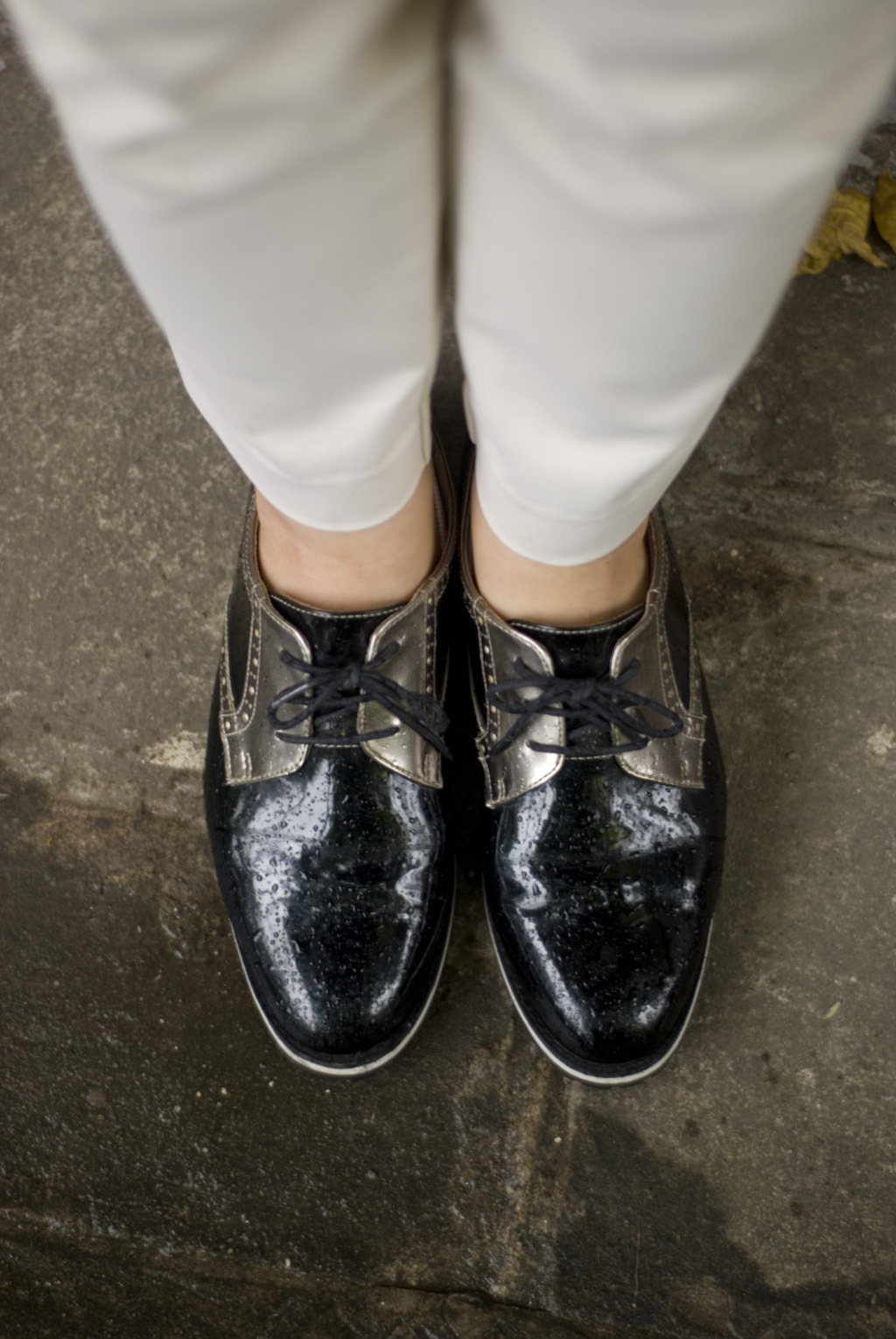 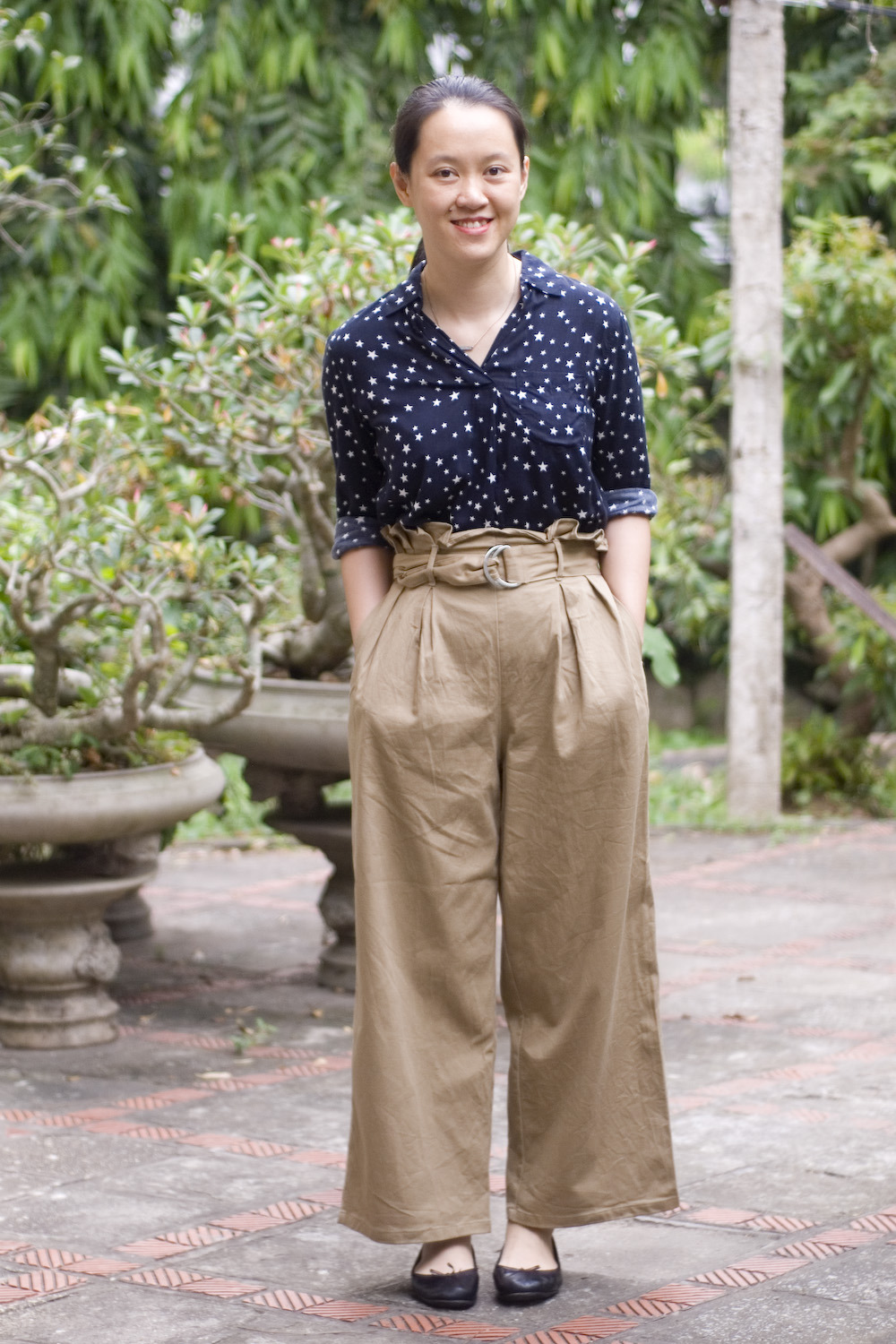 So here’s my outfit for this week’s SIA, inspired by Remedios Varo’s “Star Catcher“. It’s not as… exuberant as the painting, but I did try to evoke some exuberance with my wide-leg, high-waist pants. The star of the outfit (pun totally intended), though, is this blouse. It’s printed with stars, so of course I had to build the entire outfit around it. I may not have anything in a checkerboard pattern, but this blouse is so perfect for SIA that I’m not complaining.

If you haven’t sent me your outfit, you still have until tomorrow. And don’t forget to come back on Wednesday to see other outfits inspired by this amazing painting! 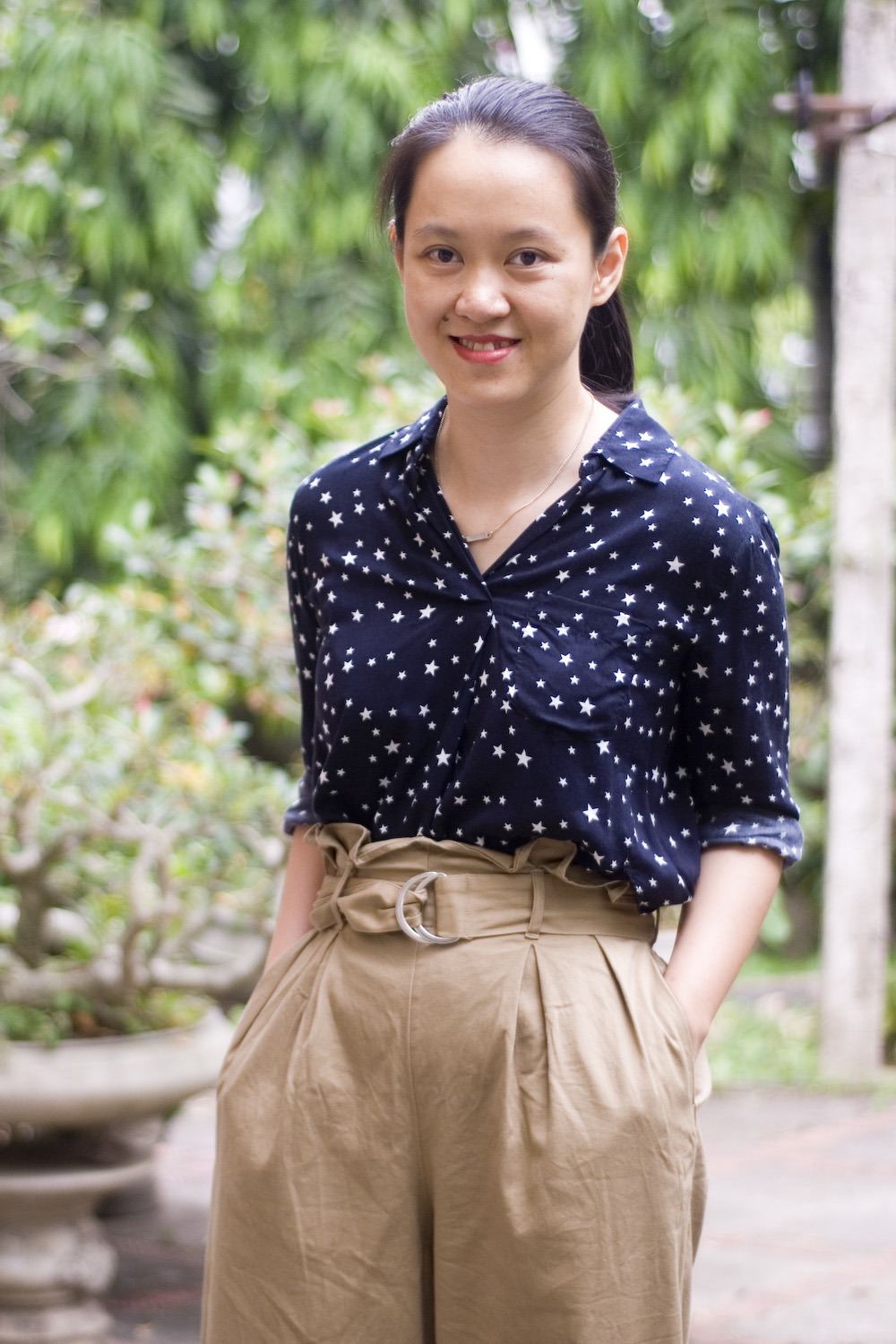 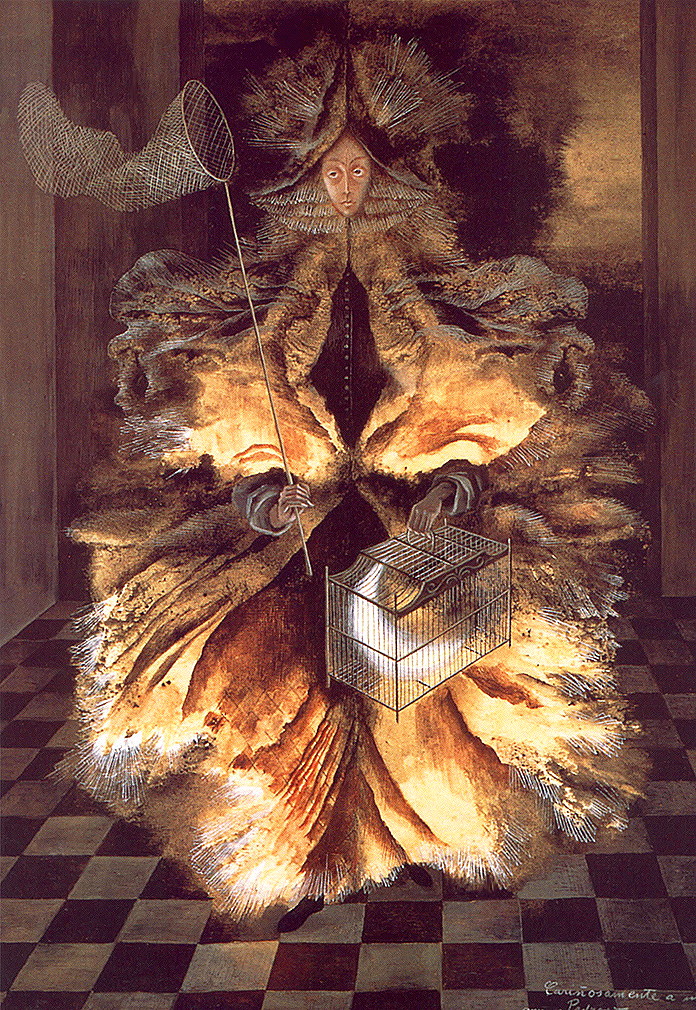 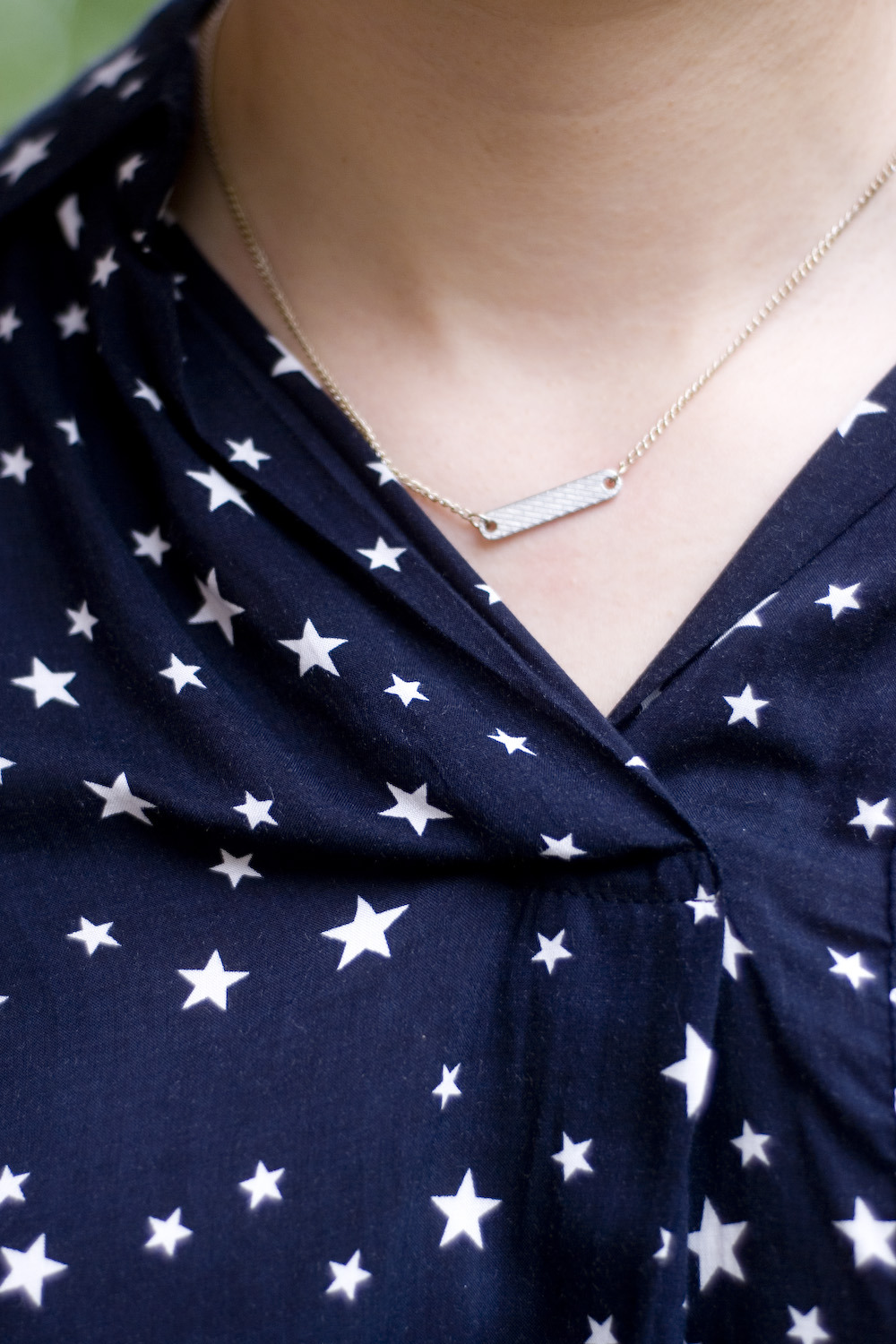 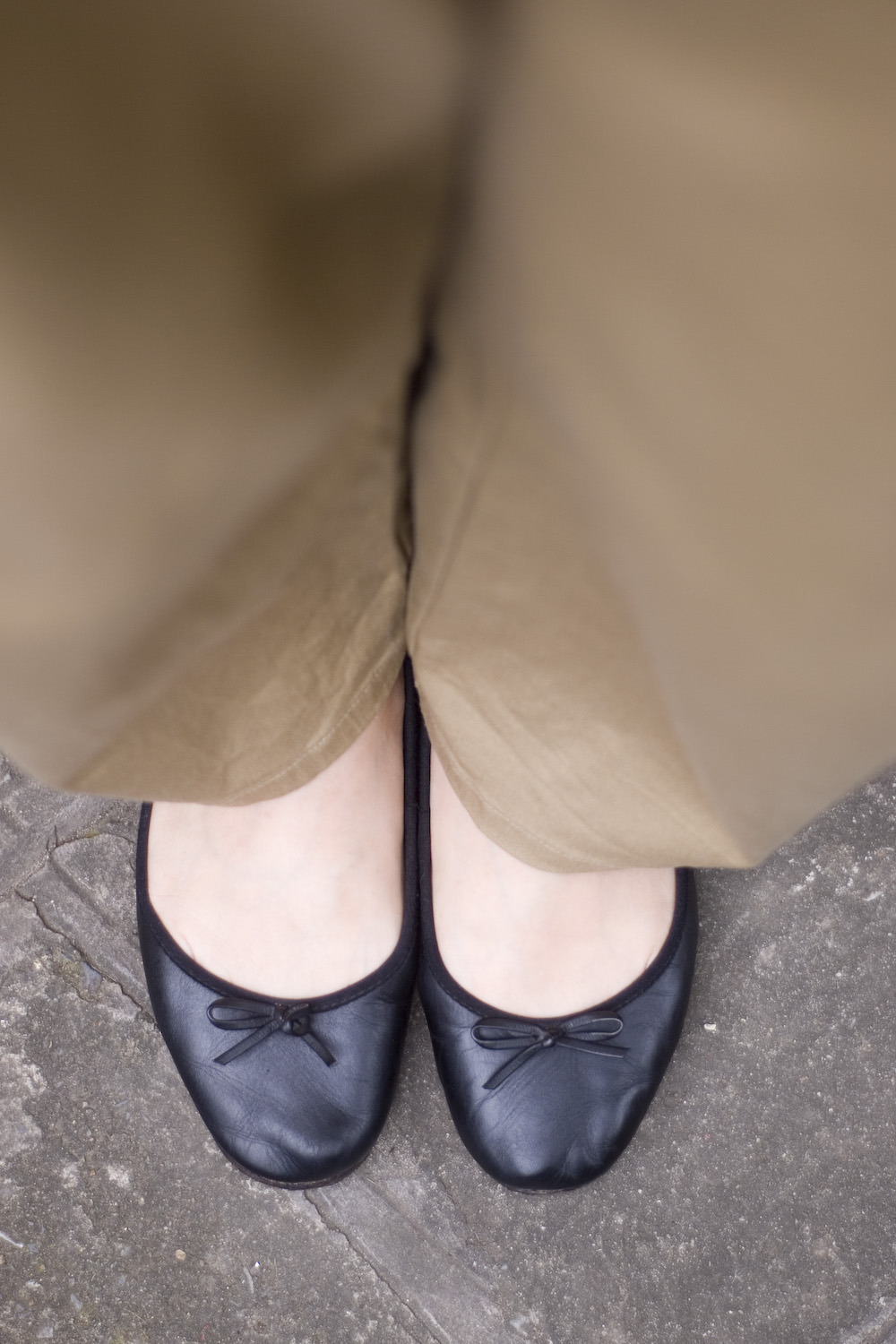 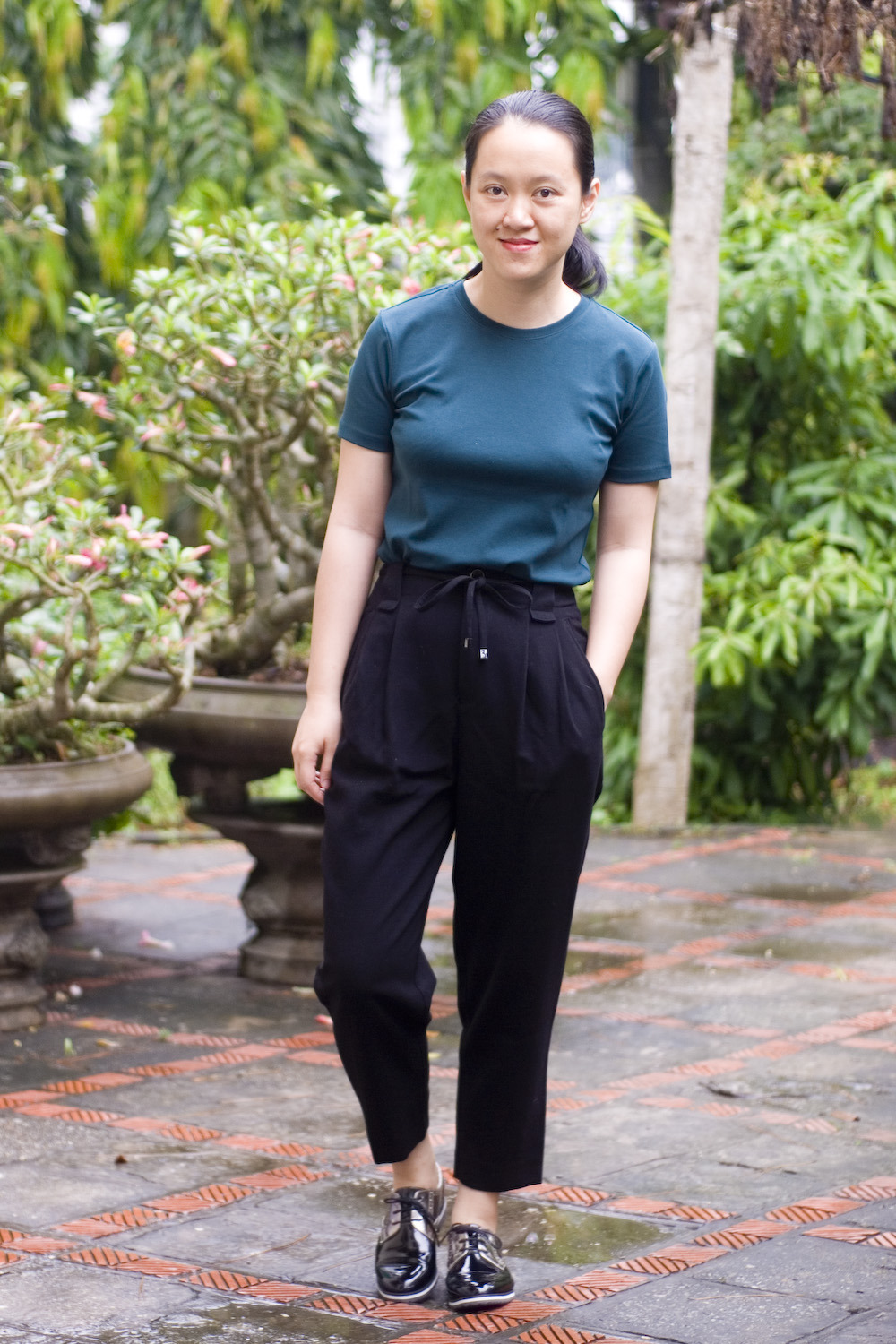 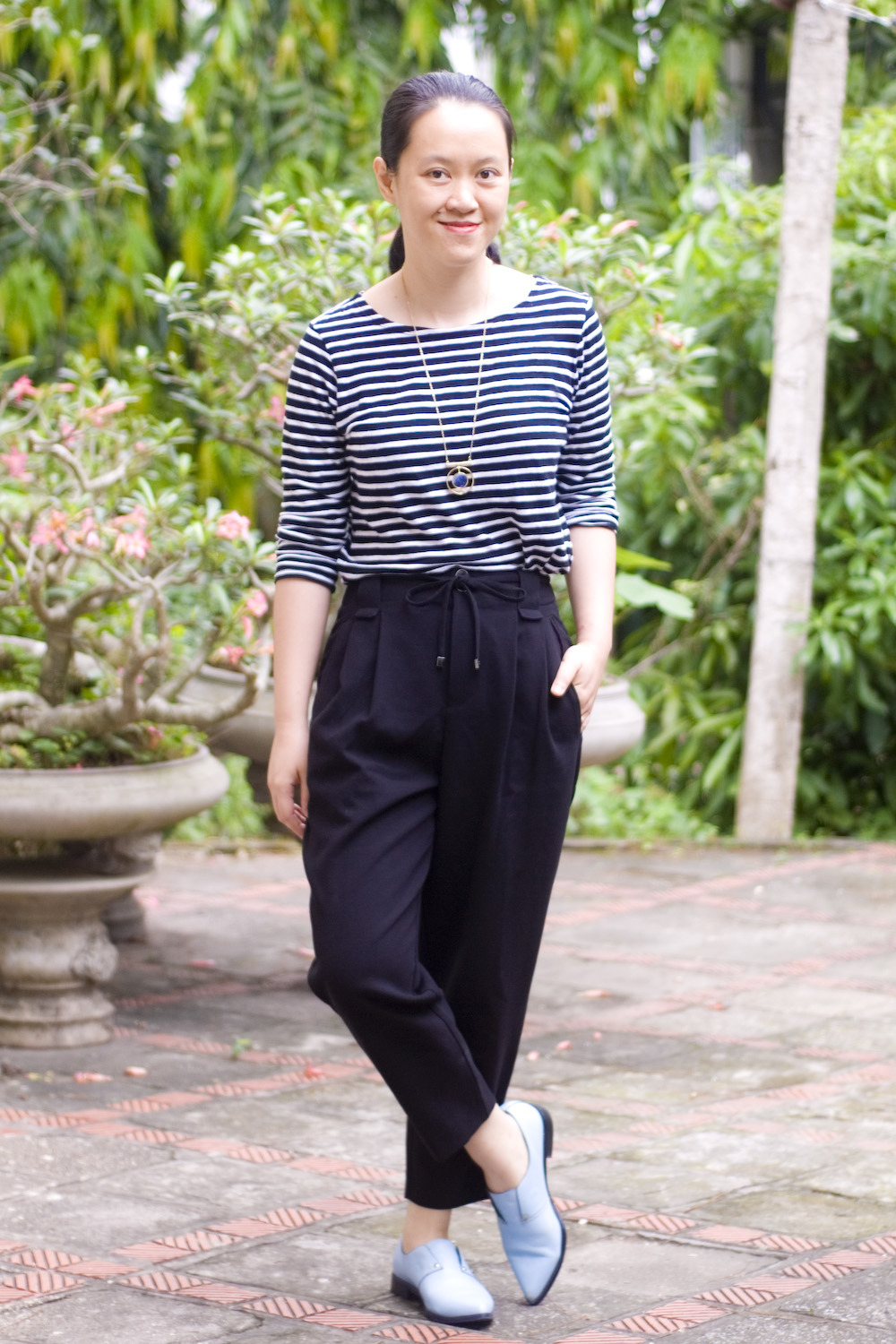 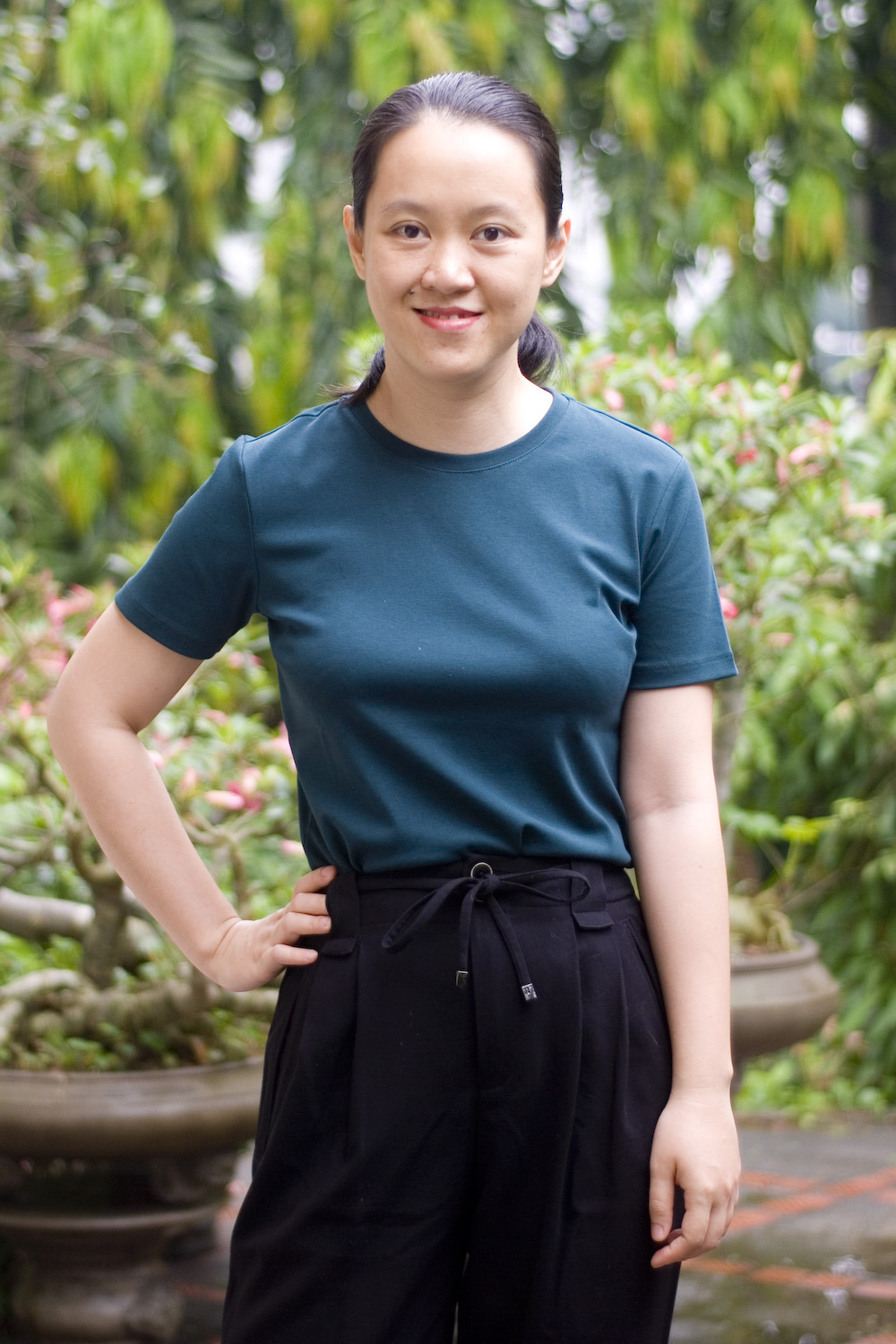 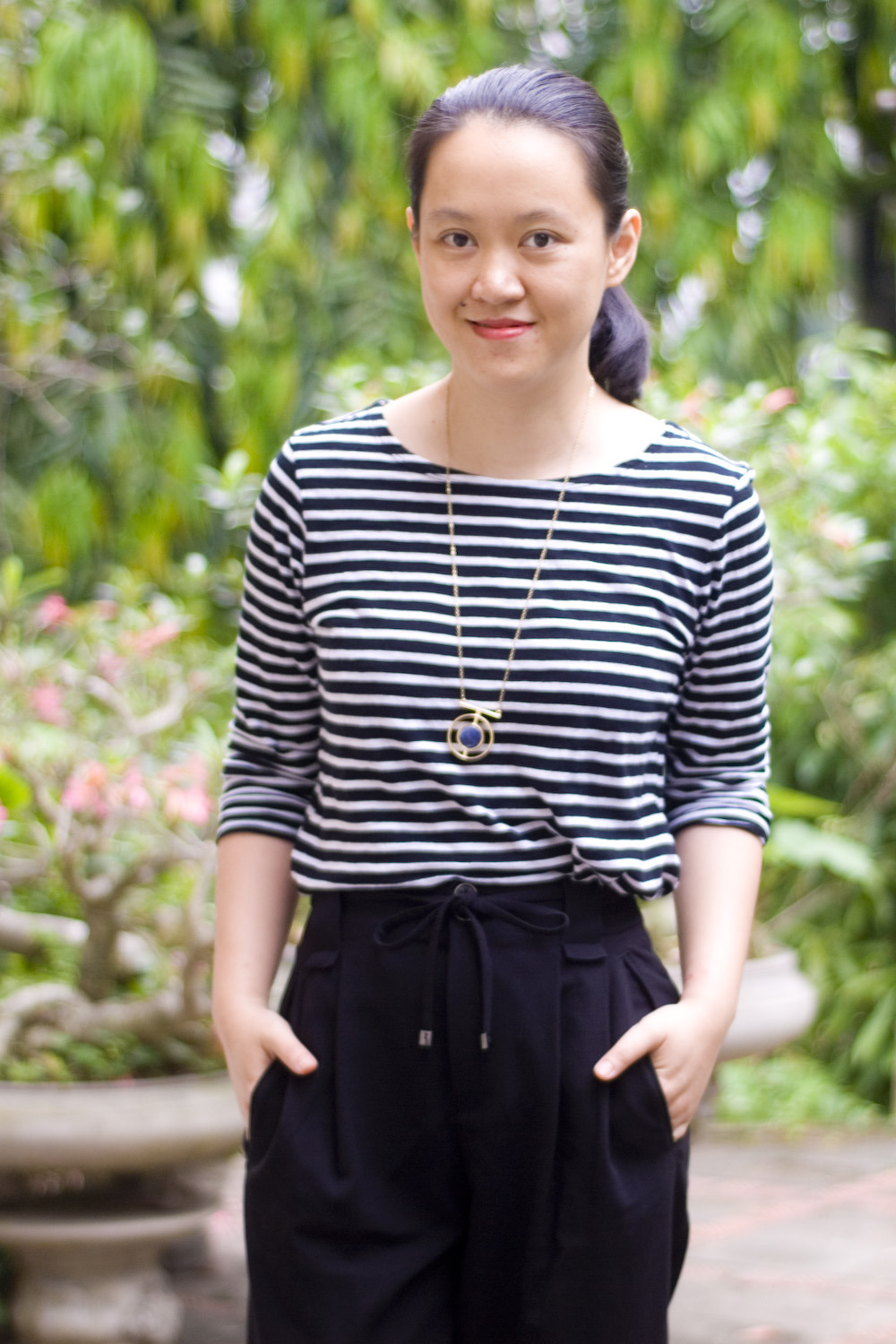 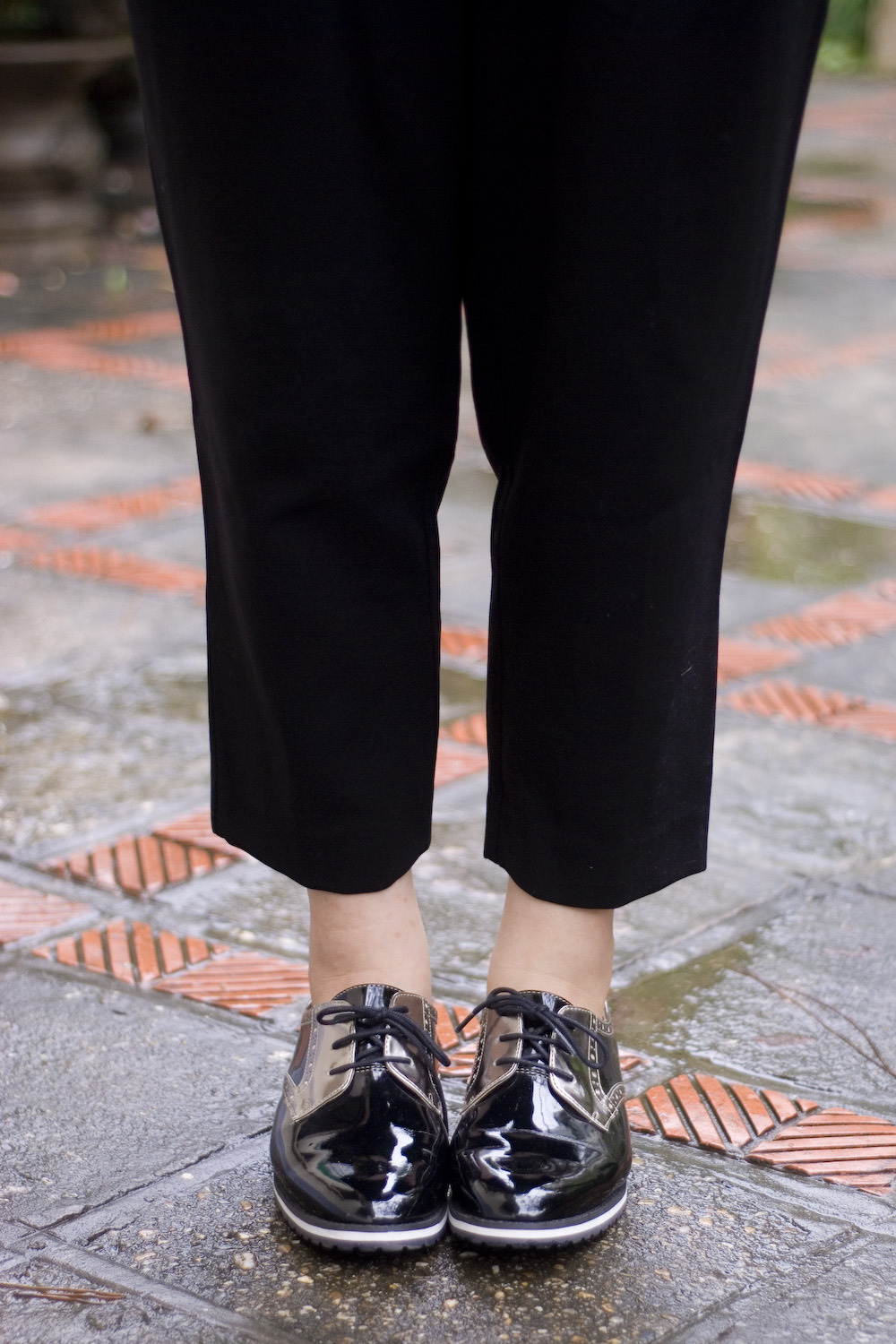 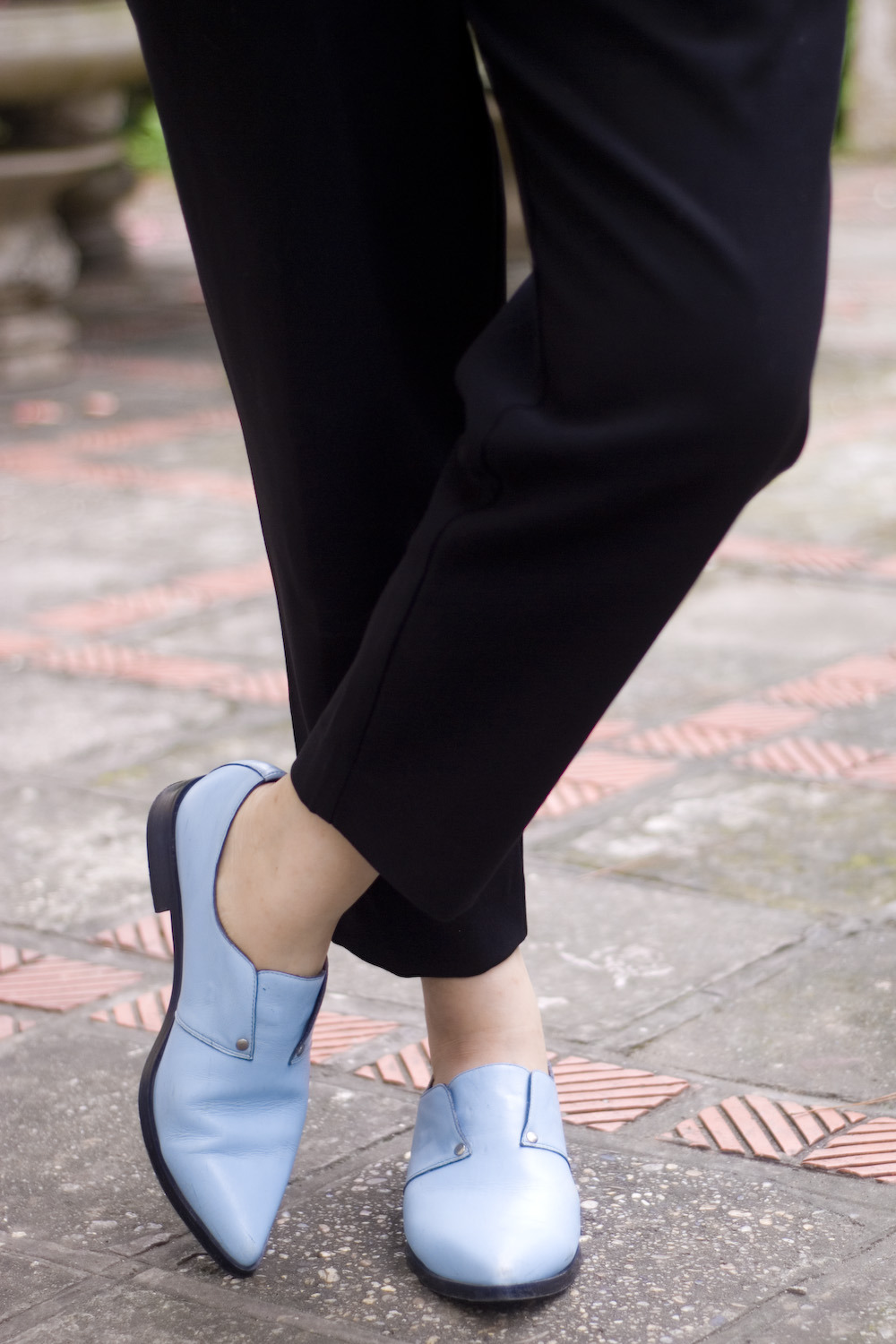 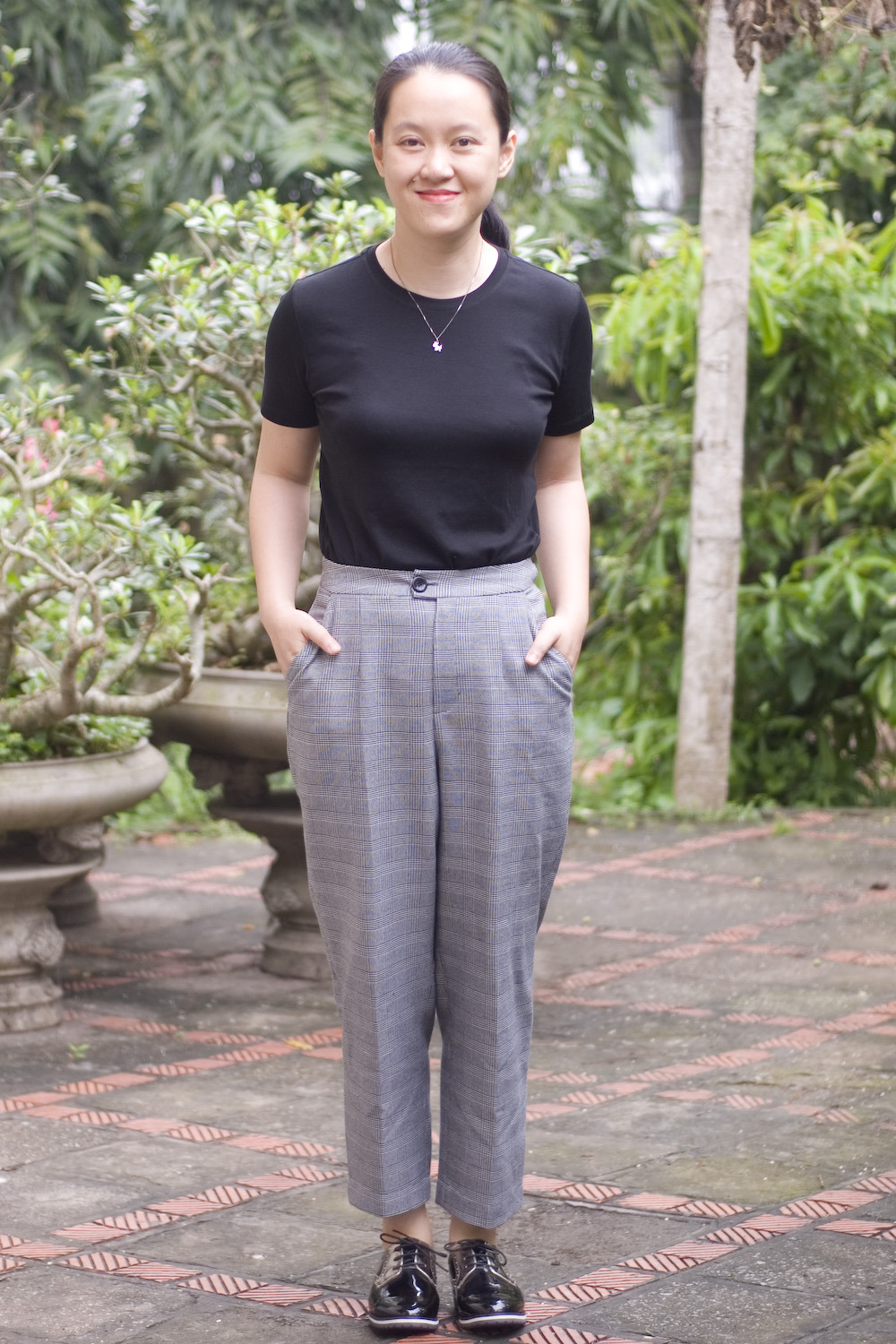 This may sound like a total stereotype, but like most women, I have a problem with shoes. As in I have too many shoes. And yet I still can’t seem to resist a new pair. Like this one. When I saw it in the store, I was just like SpongeBob going “I don’t need it, I don’t need it, I definitely don’t need it.” I mean, I really don’t. I have enough oxfords in every color of the rainbow (well, not exactly… oh gods I’m giving myself ideas), and a pair of patent black-and-silver oxfords wouldn’t fill any hole in my closet. But they hit that sweet spot between classic, vintage, and whimsical that is exactly my style, so in the end, just like SpongeBob, I screamed “I NEED IT!!!” (not literally) and bought them.

I justified it by saying that the patent leather would make them easier to wear in the rain, but that’s just an excuse. I bought them because I like them, and I can’t wait to wear them. In the end, isn’t that the best reason to buy something though? 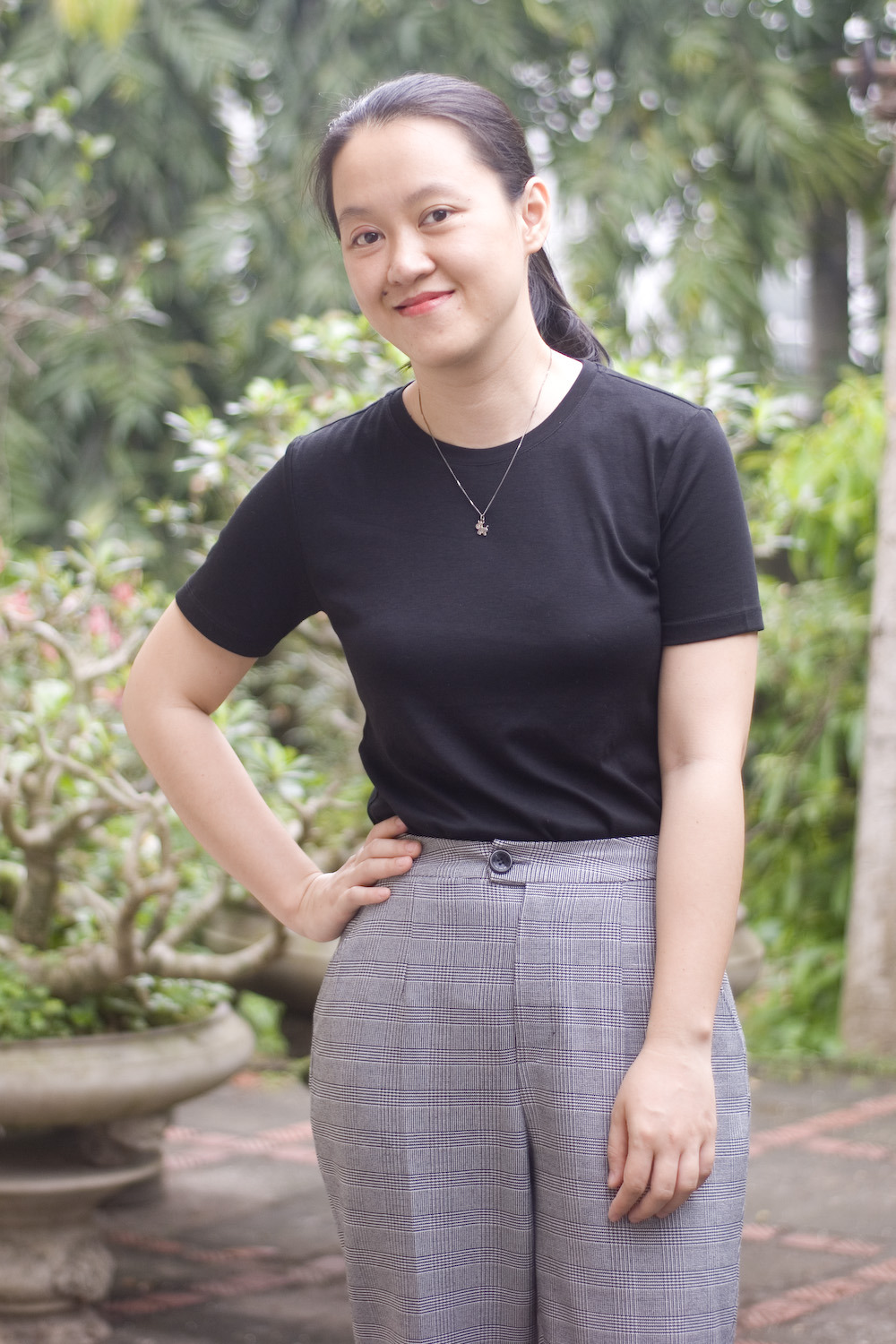 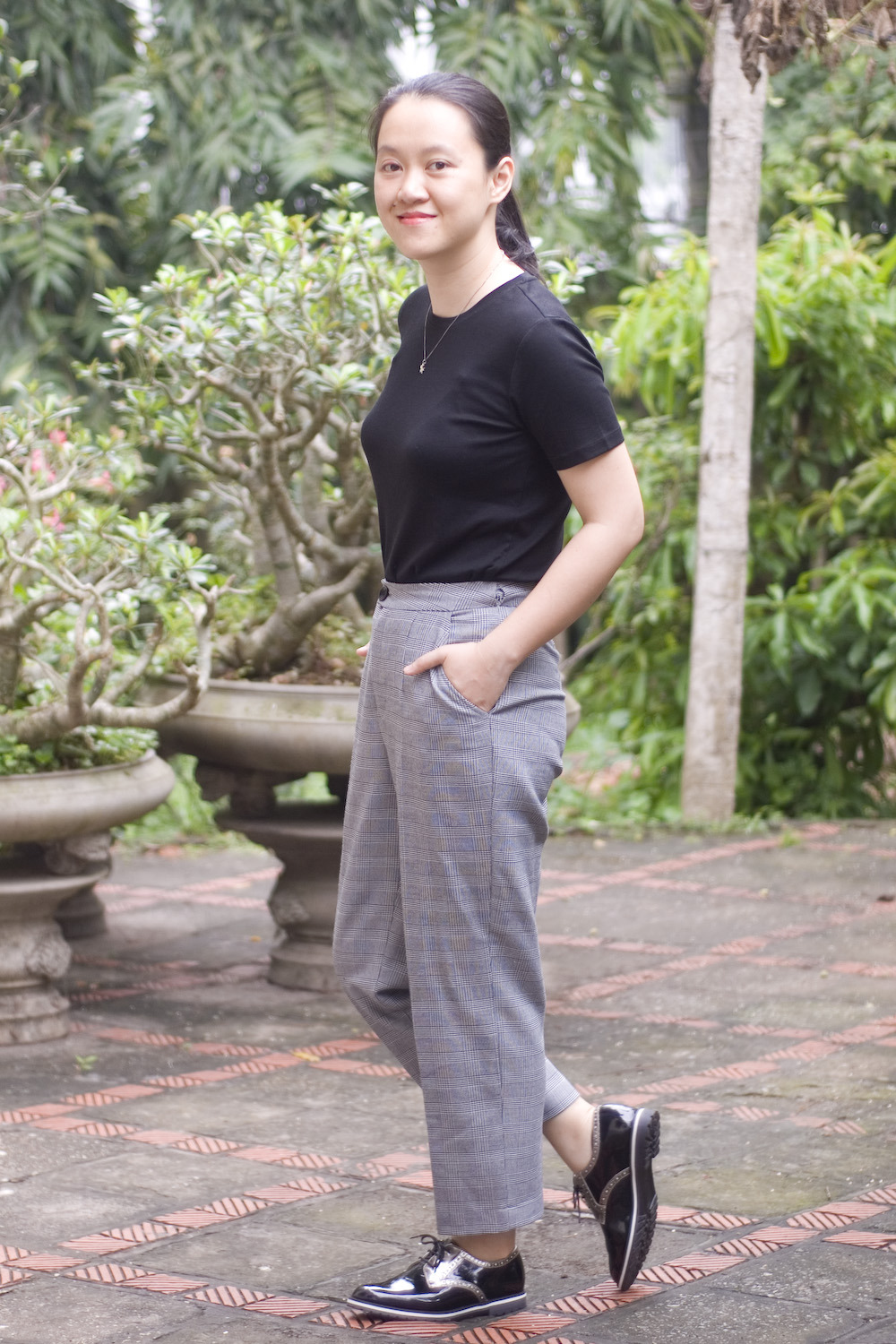 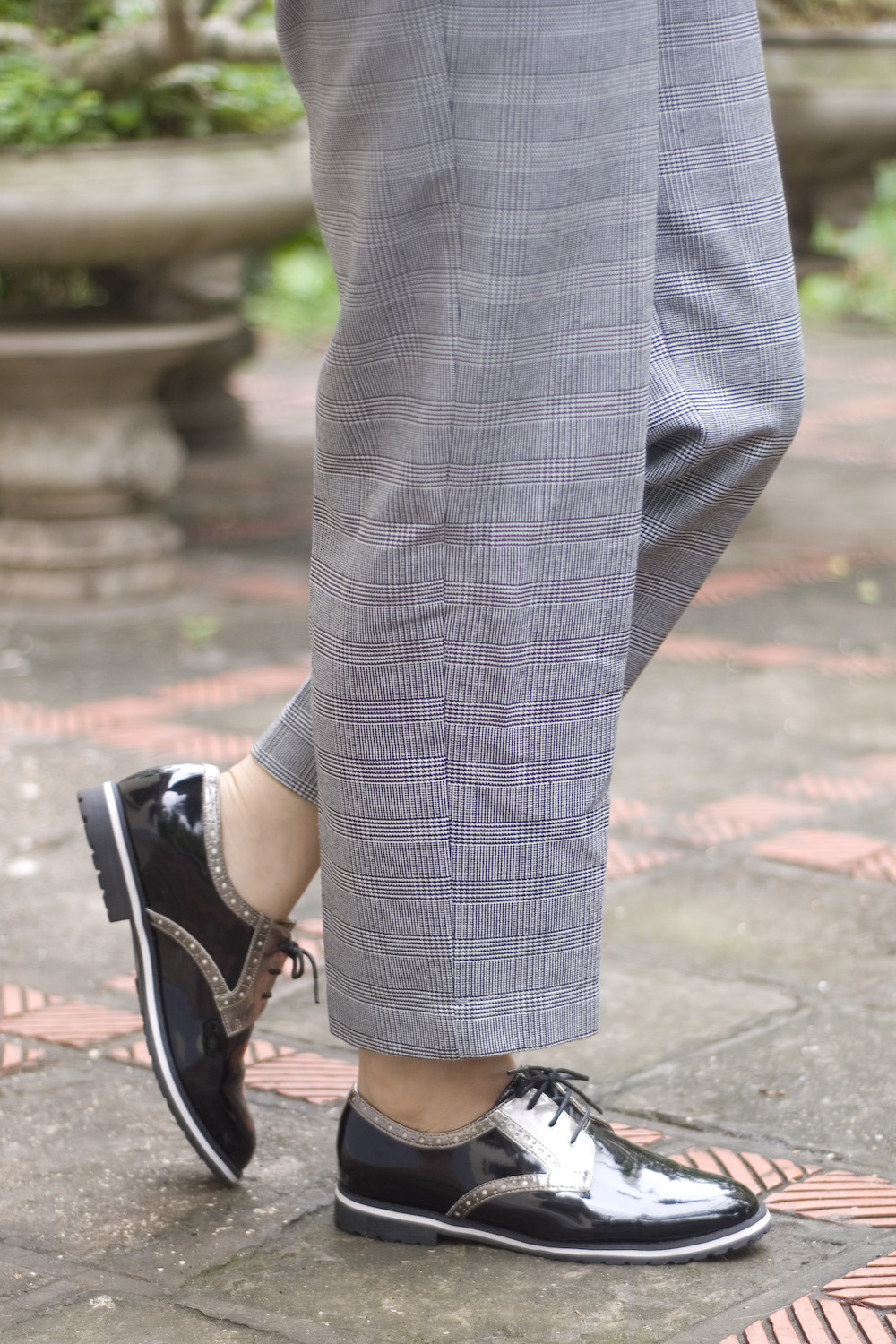 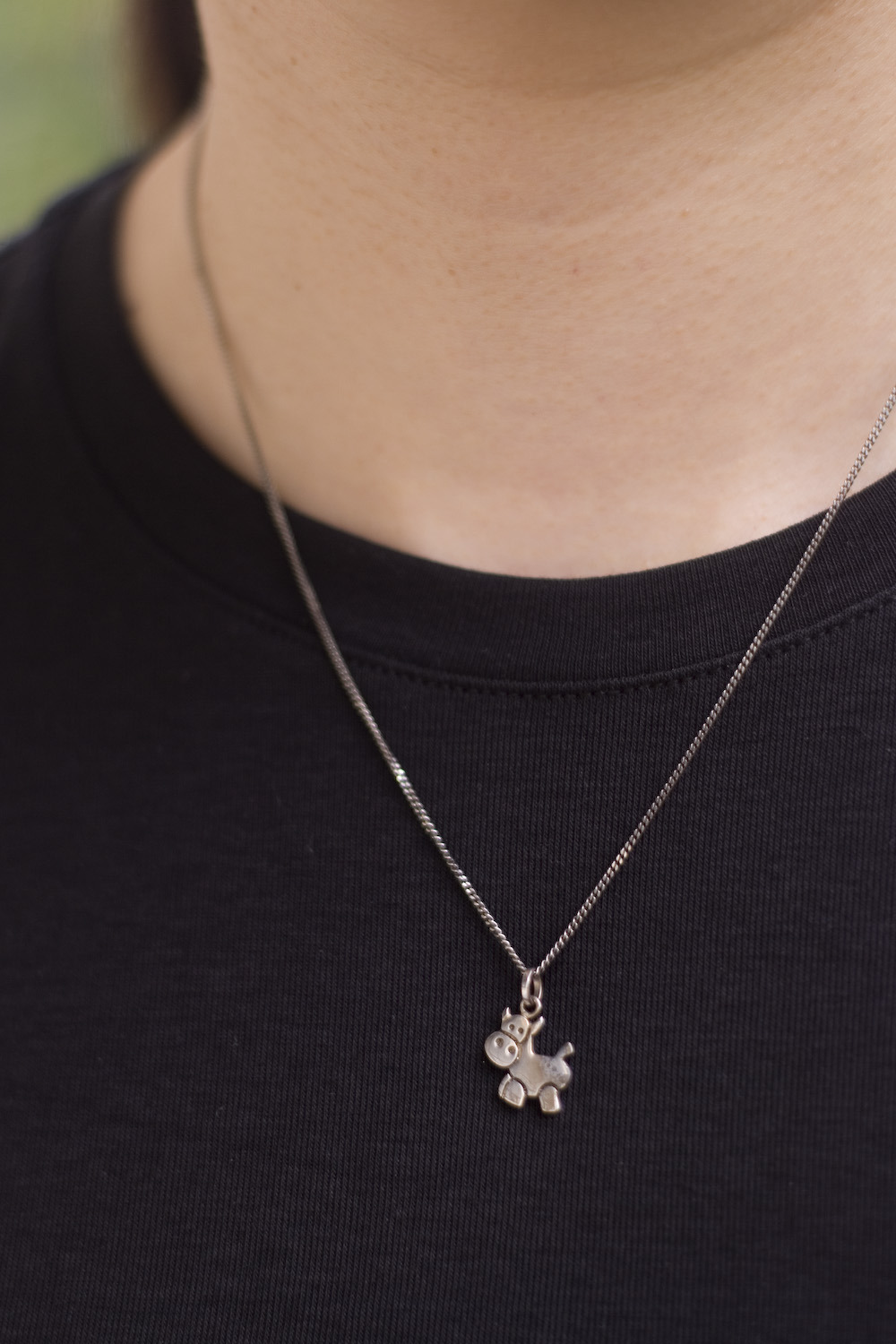 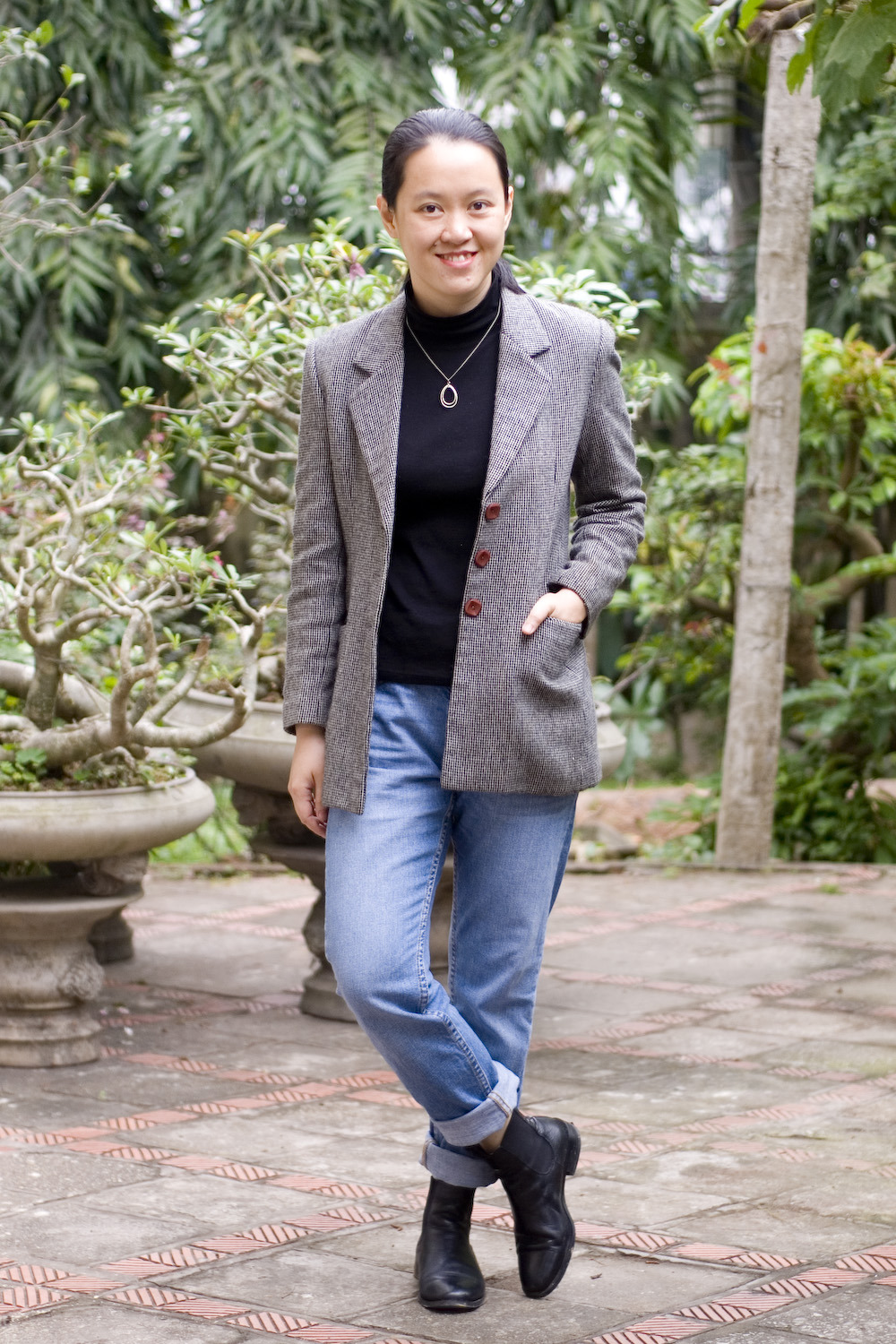 I called this outfit “Working-class Professor” because the top half, with the turtleneck and the blazer, reads “professor”, while the bottom half, with the jeans and Chelsea boots (complete with mud-caked soles) reads “dock worker”. But the entire look goes together, so it doesn’t matter.

Excuse me for the short post, but I have “Avengers: Endgame” to catch. I’ll be back next week with my thoughts! 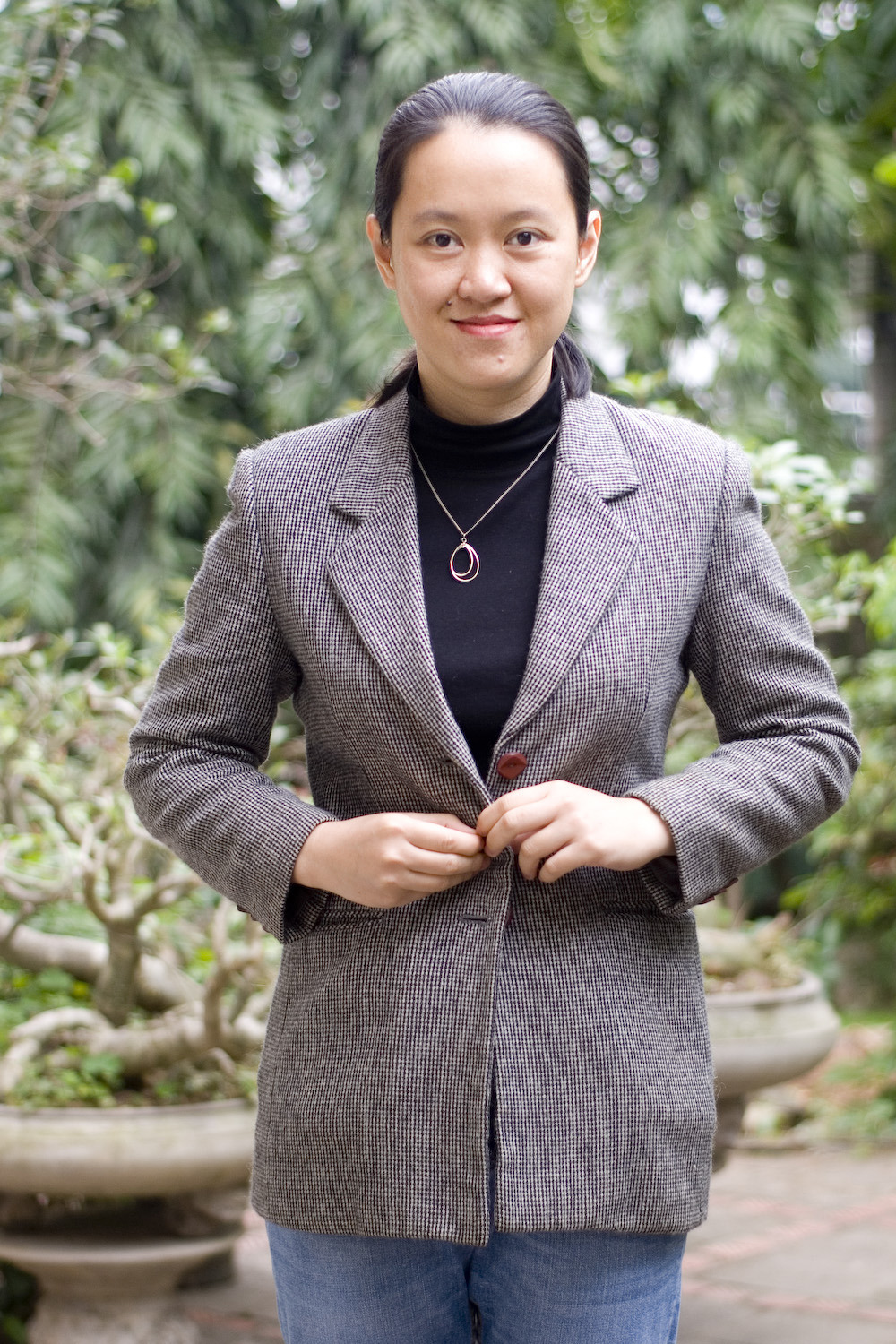 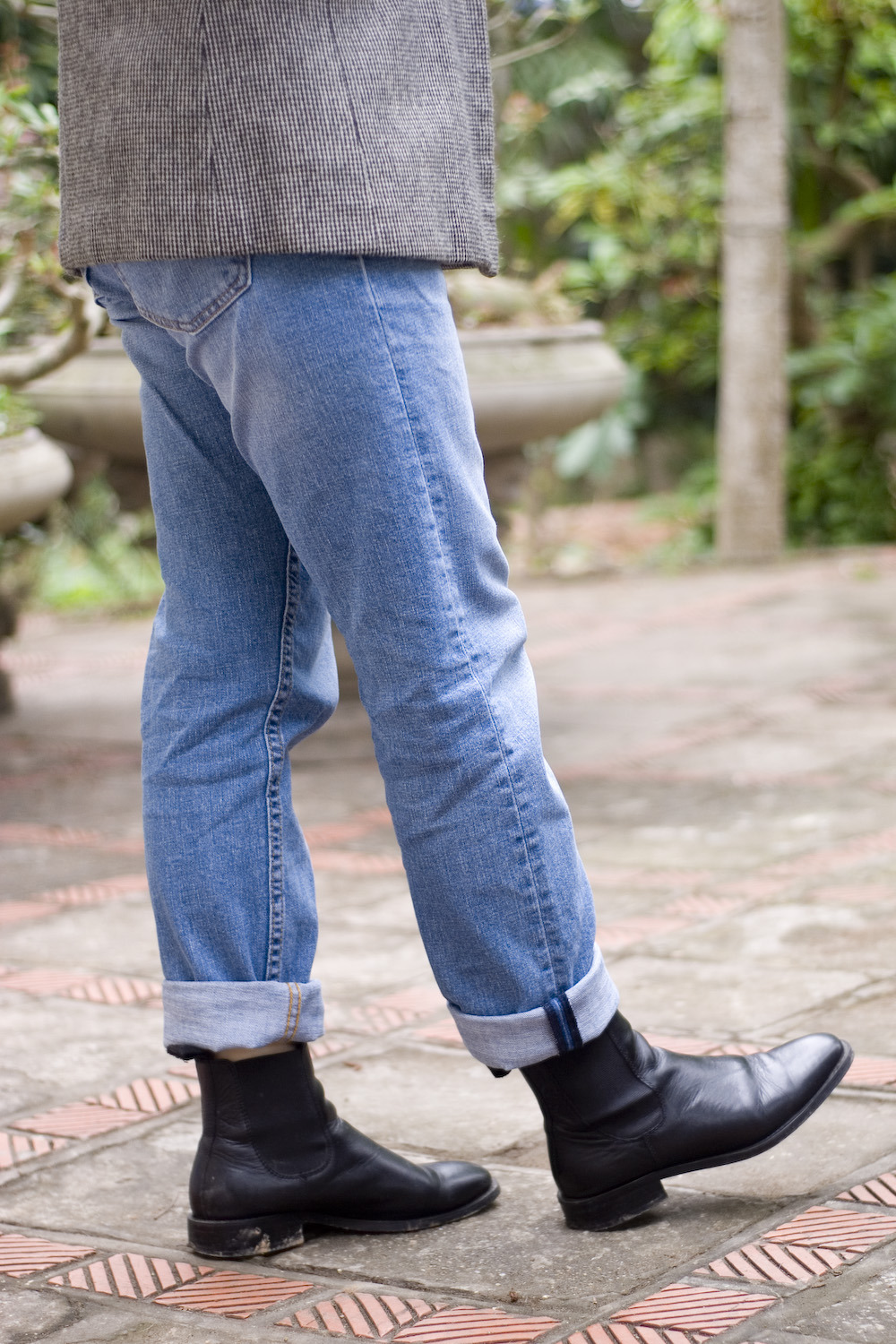 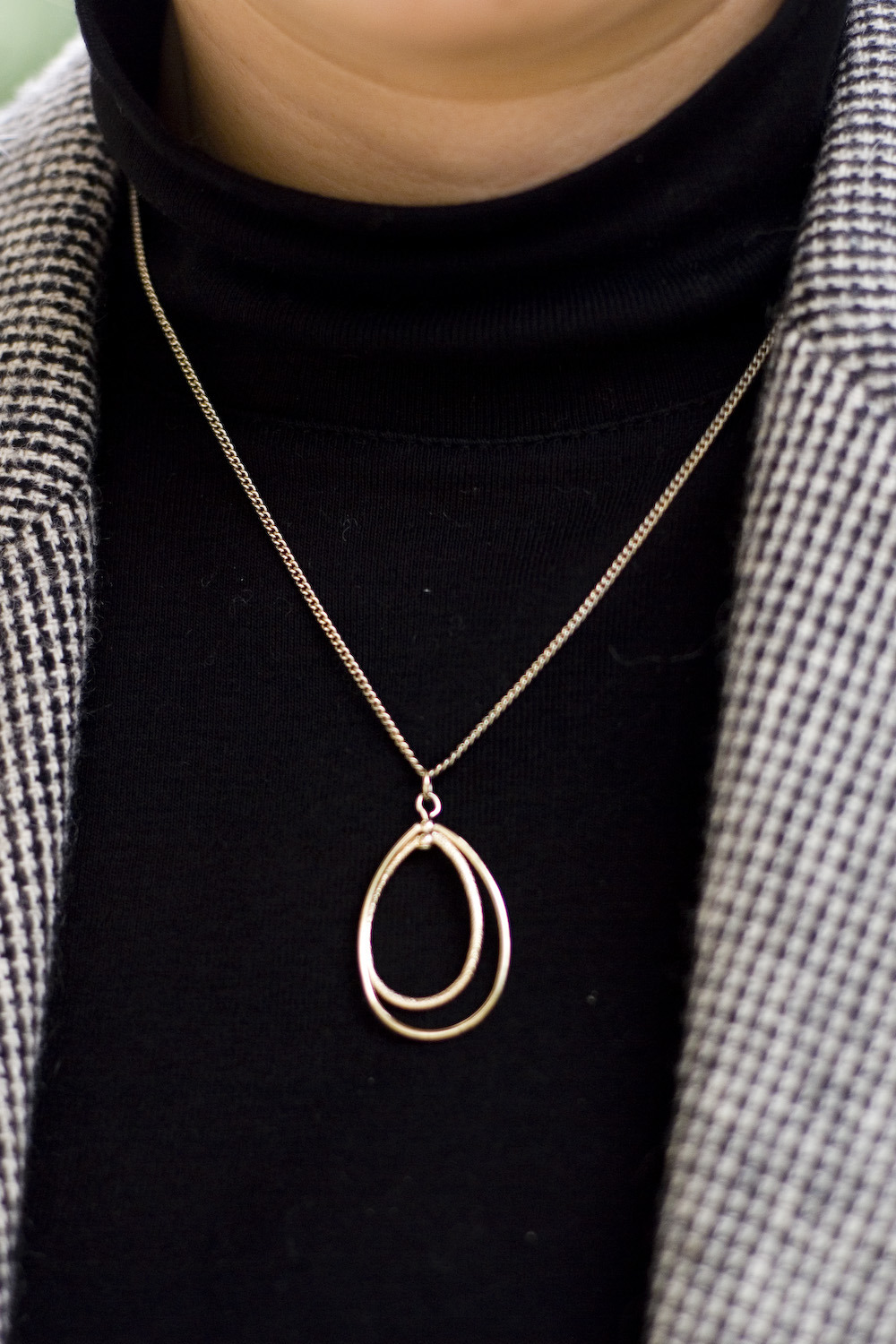 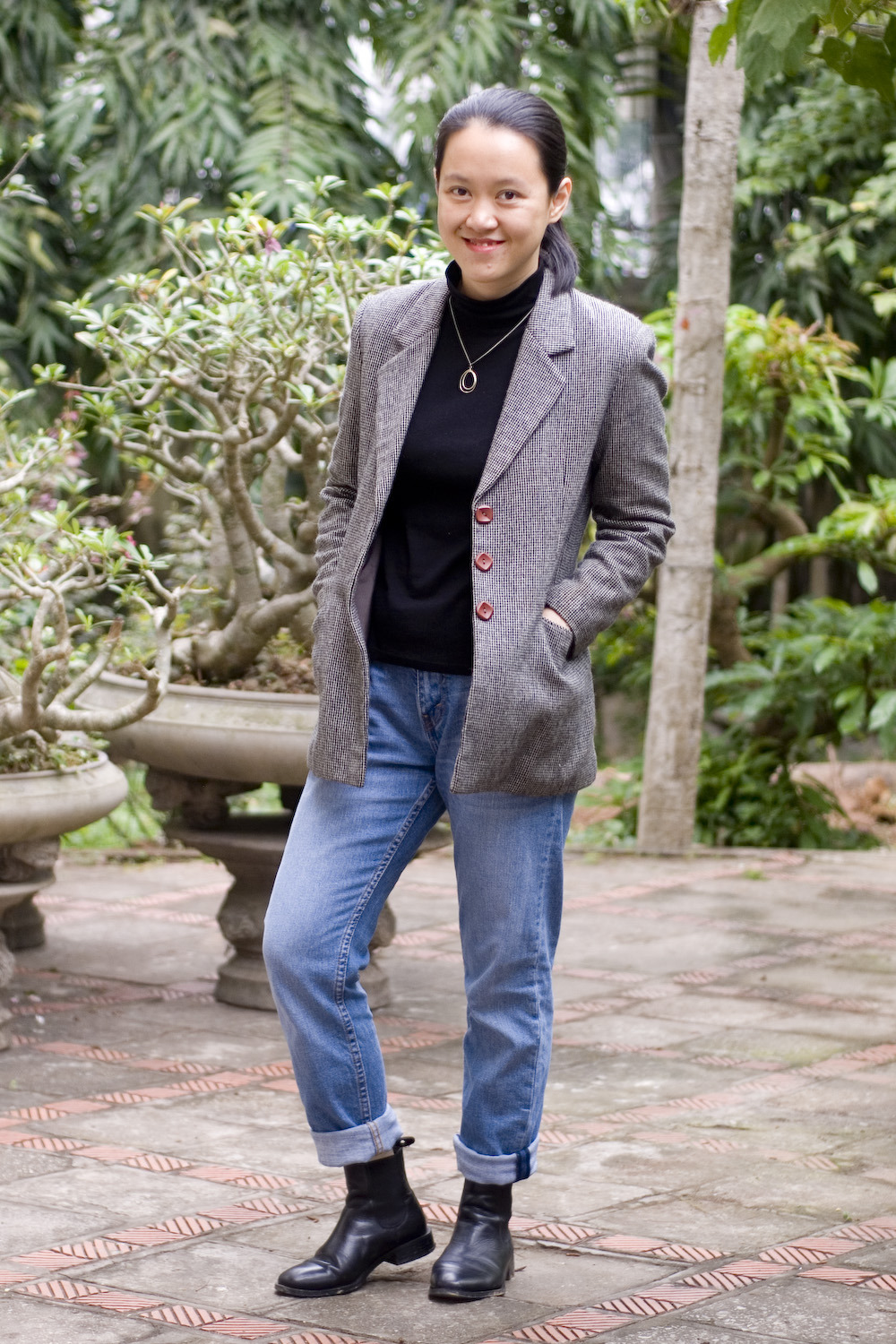