A Week In Buon Ma Thuot

I just got back from a week-long trip with my family to the city of Buon Ma Thuot, the biggest city of Vietnam’s Central Highlands. It’s in the same region as Da Lat, but it’s less of a touristy place, which was why we chose it as more of a getaway destination for some relaxing time rather than a place for dicovery. Plus, we were traveling with my niece and nephew, so a slower pace is much better for them. I appreciated it as well – I had the misfortune of getting sick right before we left, which means I spent the first three days being high on cold medicine and the next three days coughing my lungs out, so the slower pace allowed me to at least enjoy myself to some extent.

Just because Buon Ma Thuot isn’t a touristy place doesn’t mean that it’s short on sights. Within the city, you can visit the Dak Lak Museum (Dak Lak being the province of which Buon Ma Thuot is the capital city) with its awesome architecture, the hunting lodge of the last emperor of Vietnam, and the various Roman Catholic churches and Buddhist temples. Most of these are designed to mimic the traditional “longhouses” of the Central Highlands ethnic people, so they’re really cool. 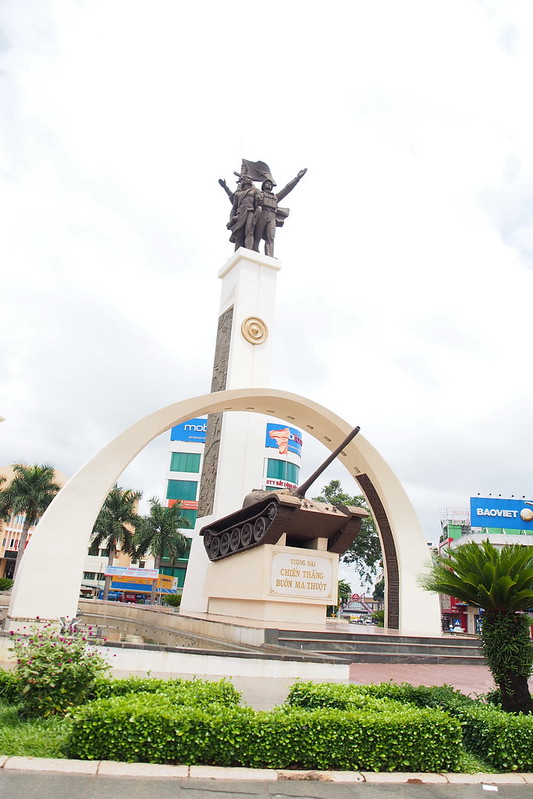 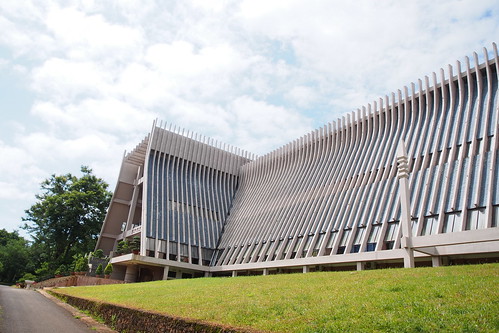 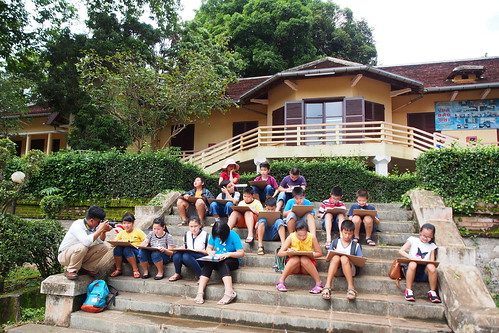 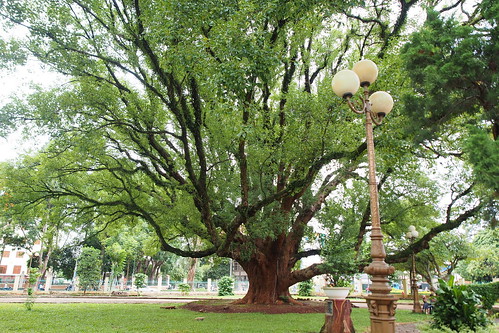 An ancient camphor tree on the museum’s grounds 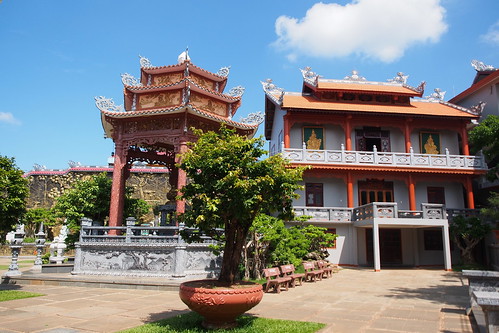 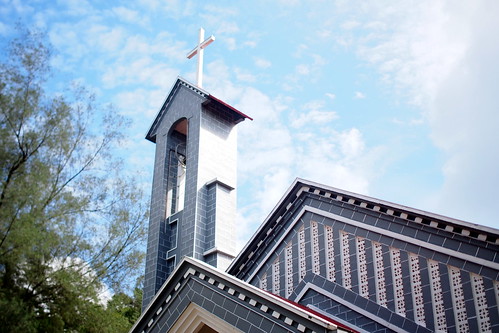 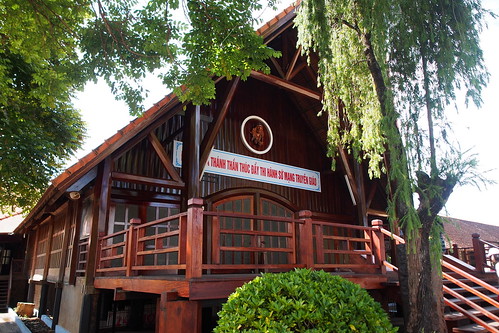 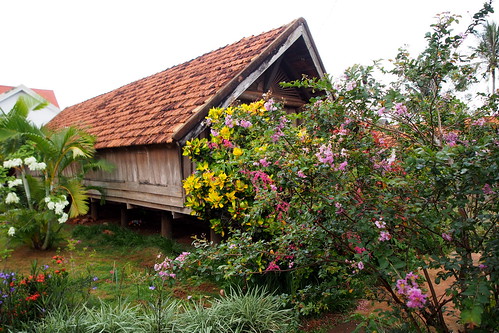 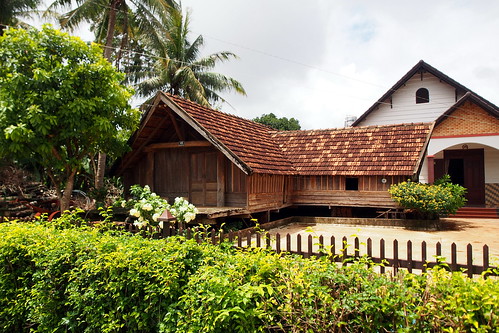 Some traditional houses in the suburb

Outside of the city, there are more natural sights. There’s Buon Don (‘buon” means village), well-known for its domesticated elephants and the Srepok River, there’s the Dray Nur waterfall and Lak Lake, the second largest fresh water lake in Vietnam. You can hike around, or just pack a picnic and enjoy the cool shades by the water, which is what we did. 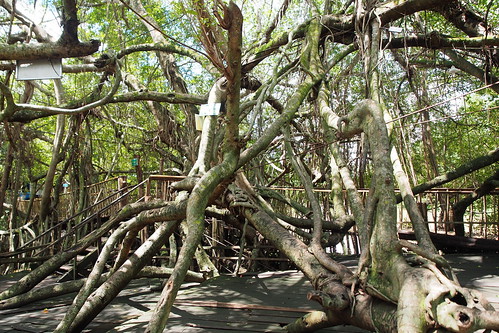 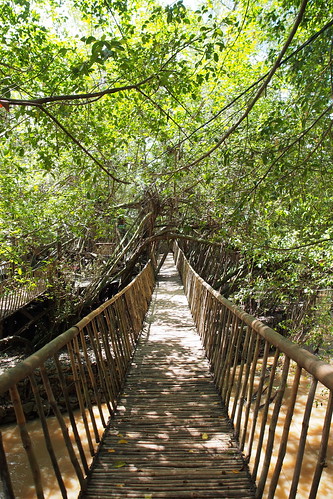 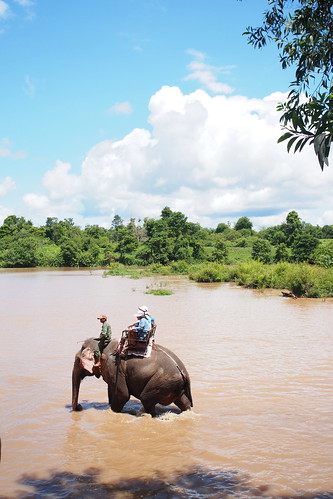 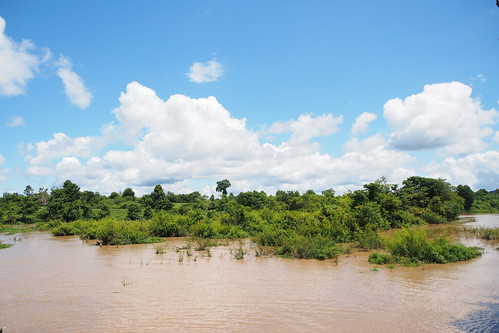 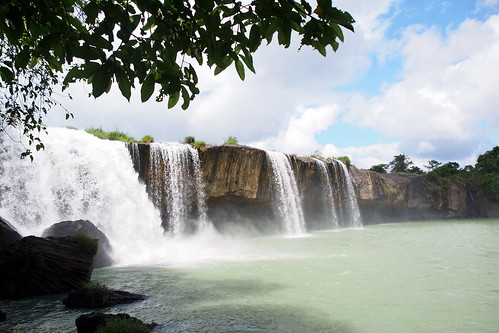 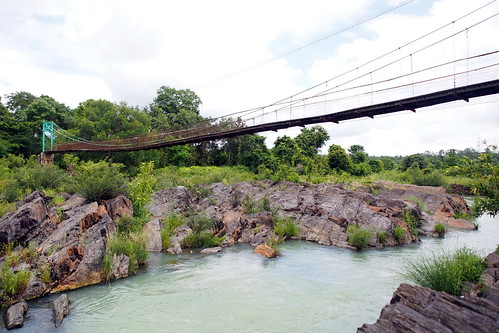 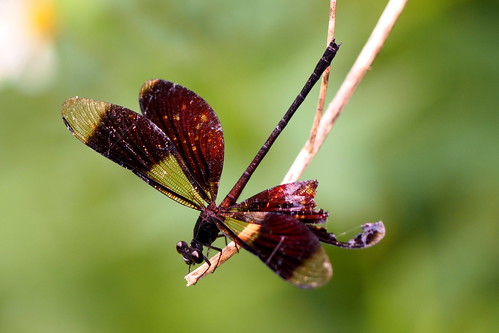 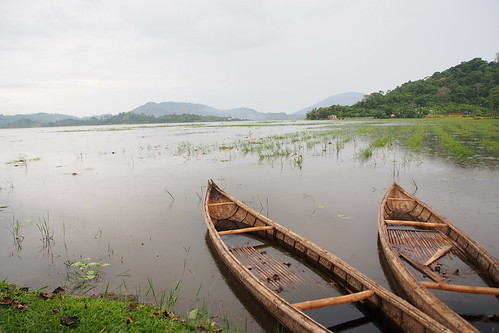 A corner of Lak Lake 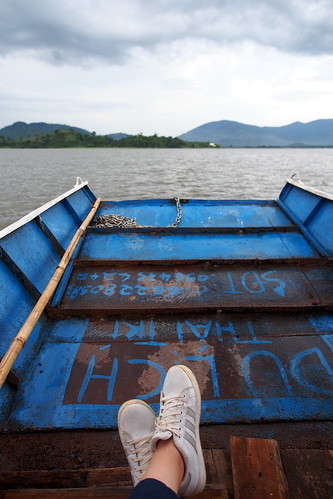 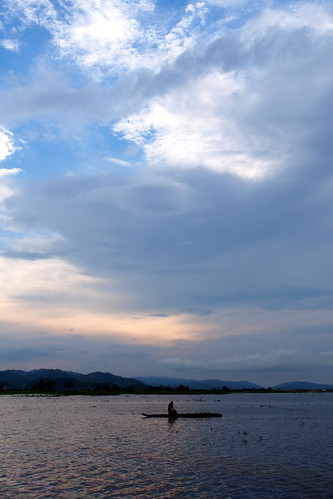 Another thing Buon Ma Thuot is famous for is its coffee – it’s known as the “capital of coffee” of Vietnam. Unfortunately, I don’t drink coffee, and we were there in the wrong season to see the plantations – they’re best when the plants are in bloom (around March) or when the coffee cherries are harvested (around November). On the other hand, if you want to see the waterfalls, the river, and the lake, the rainy season is better. The weather was super nice anyway – the rain mostly came at night; during the day, it was clear and sunny – so I didn’t mind.

And finally, as is the tradition, let me end this post with a photo of a local cat: 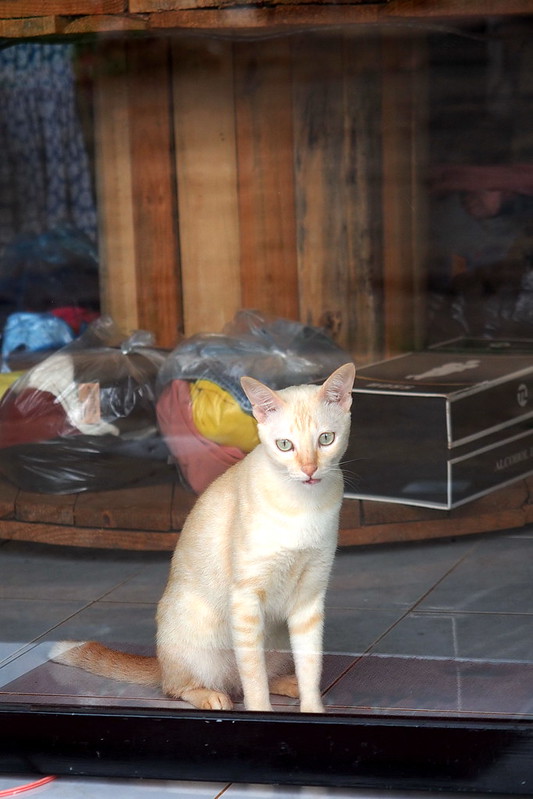 One Comment on “A Week In Buon Ma Thuot”