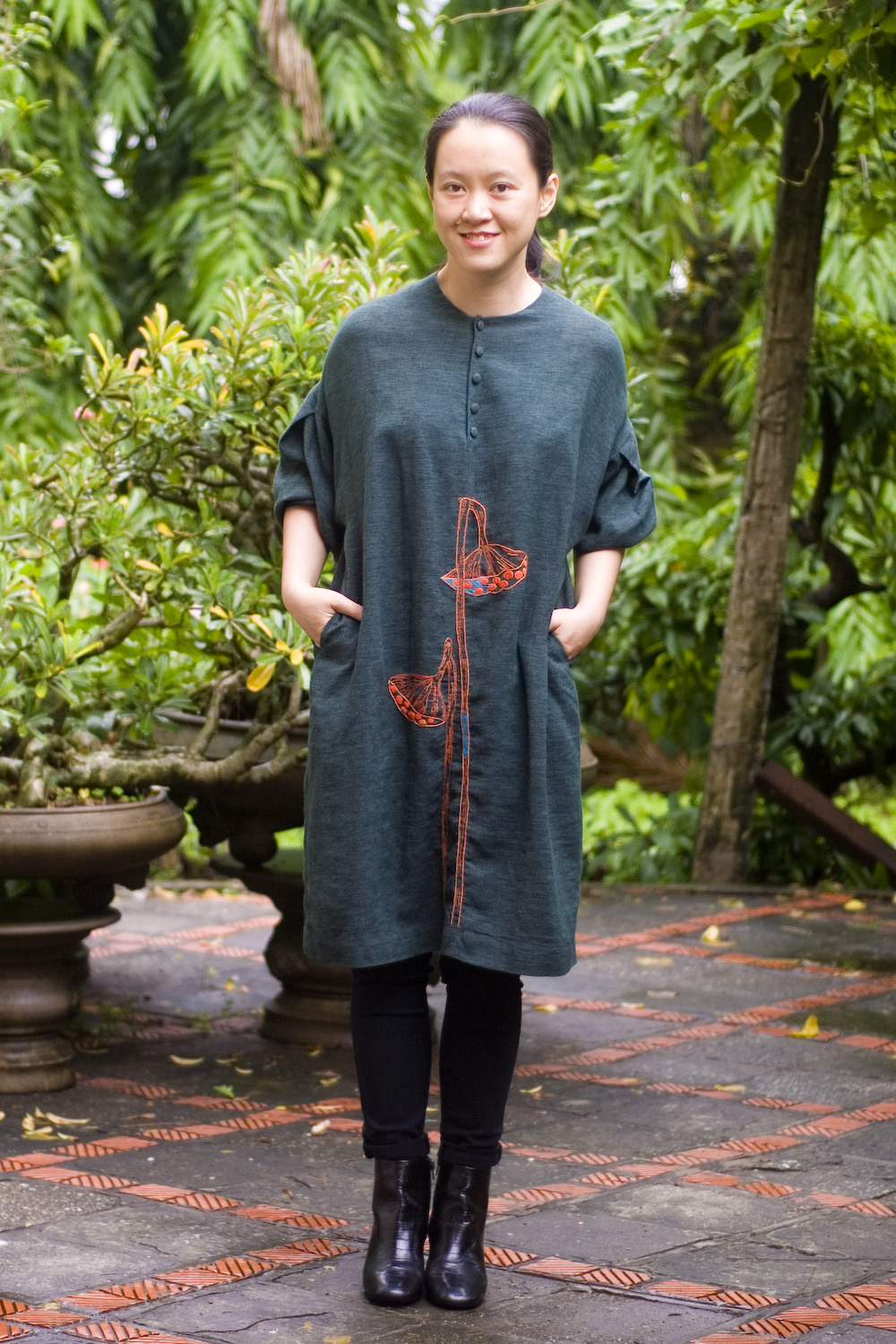 I wore this to a concert with my mom, sister, and niece last weekend – it was a concert of Studio Ghibli’s soundtracks, hence the title. This dress/tunic is appropriately whimsical, and the green color and the lotus embroidery fit the natural theme of many Studio Ghibli’s films, especially those directed by Hayao Miyazaki, so I thought it would be fitting. My sister said I looked like a cult leader, but if I did, it would be some sort of fabulous cult, so I didn’t mind 😀 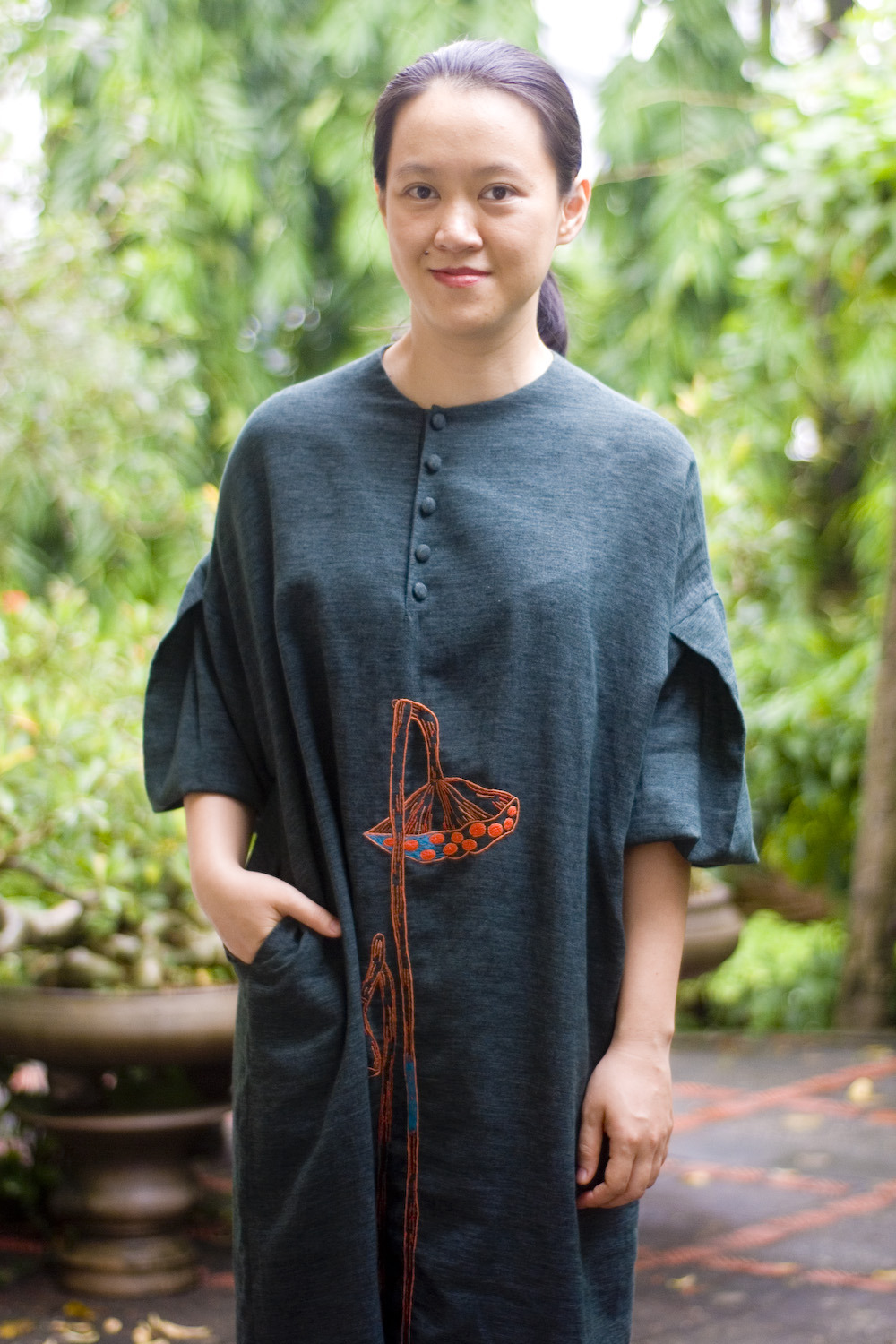 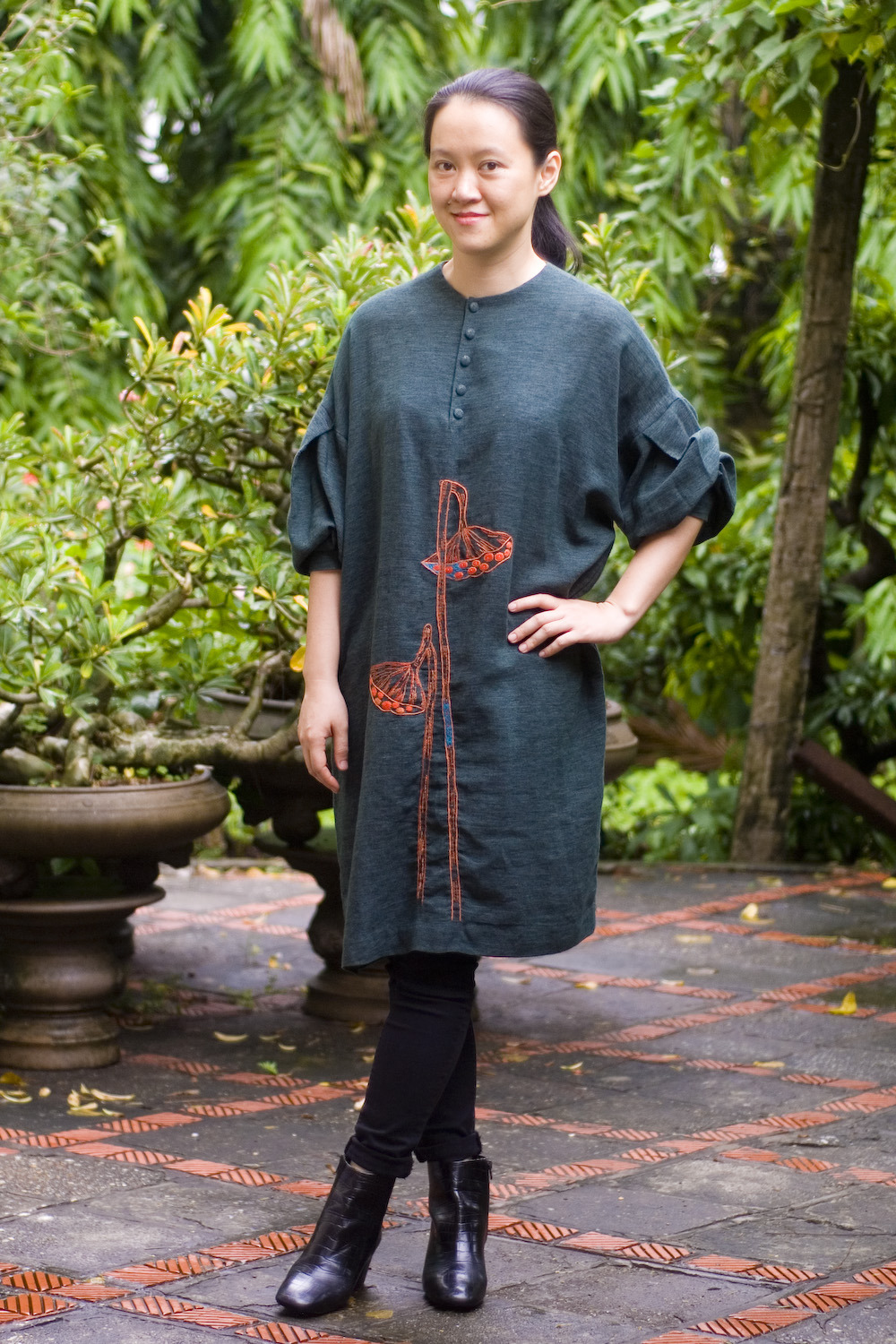 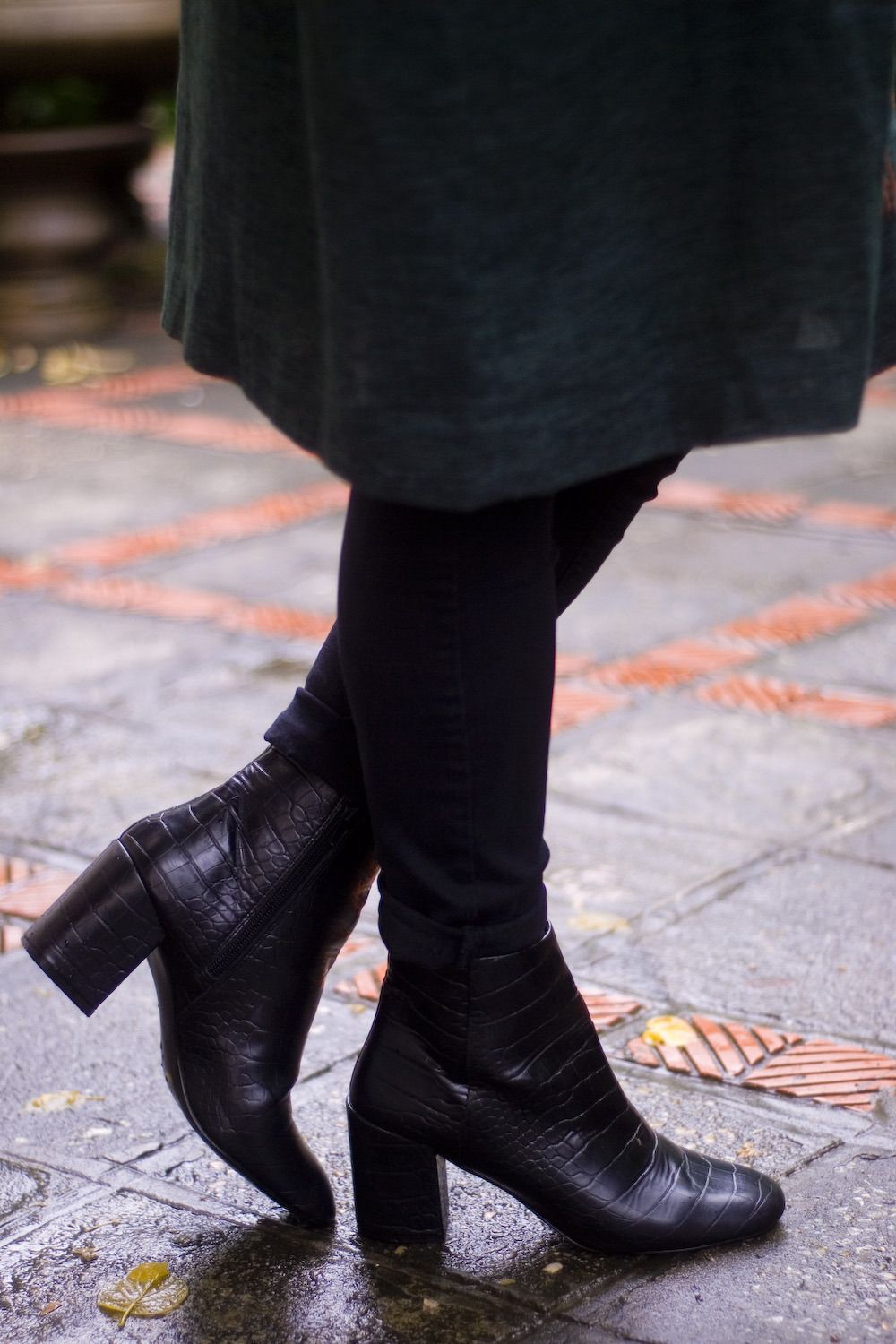 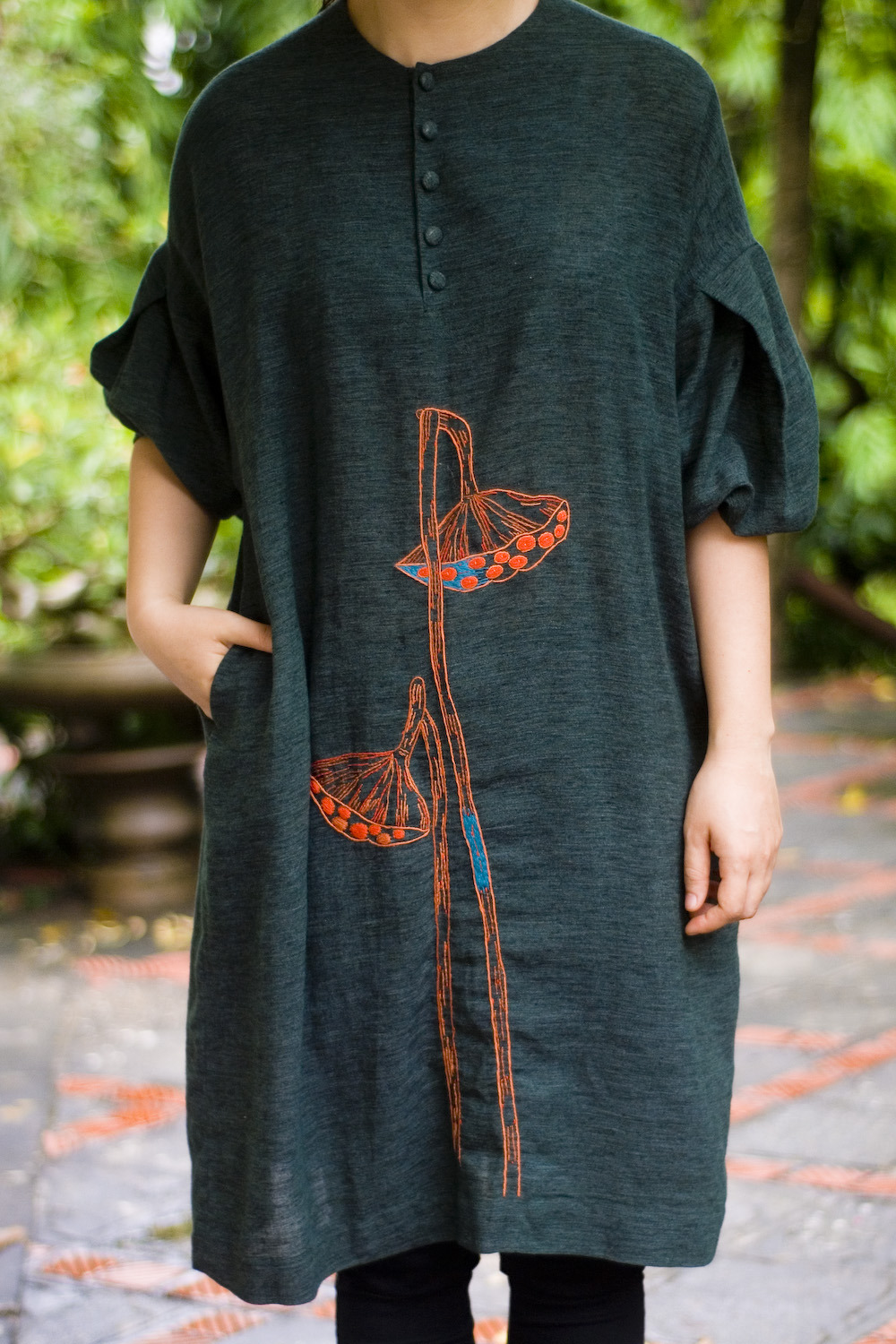 The concert was fun. I’ve always loved the music in Studio Ghibli’s films, so it’s great to hear it live. I’m only bummed that I didn’t know about this series earlier – I missed a concert of Harry Potter soundtrack. But hey, maybe they’ll have something even better next year. Anyway, here’s some videos for you guys (sorry about the potato quality, it’s the best my phone can do): 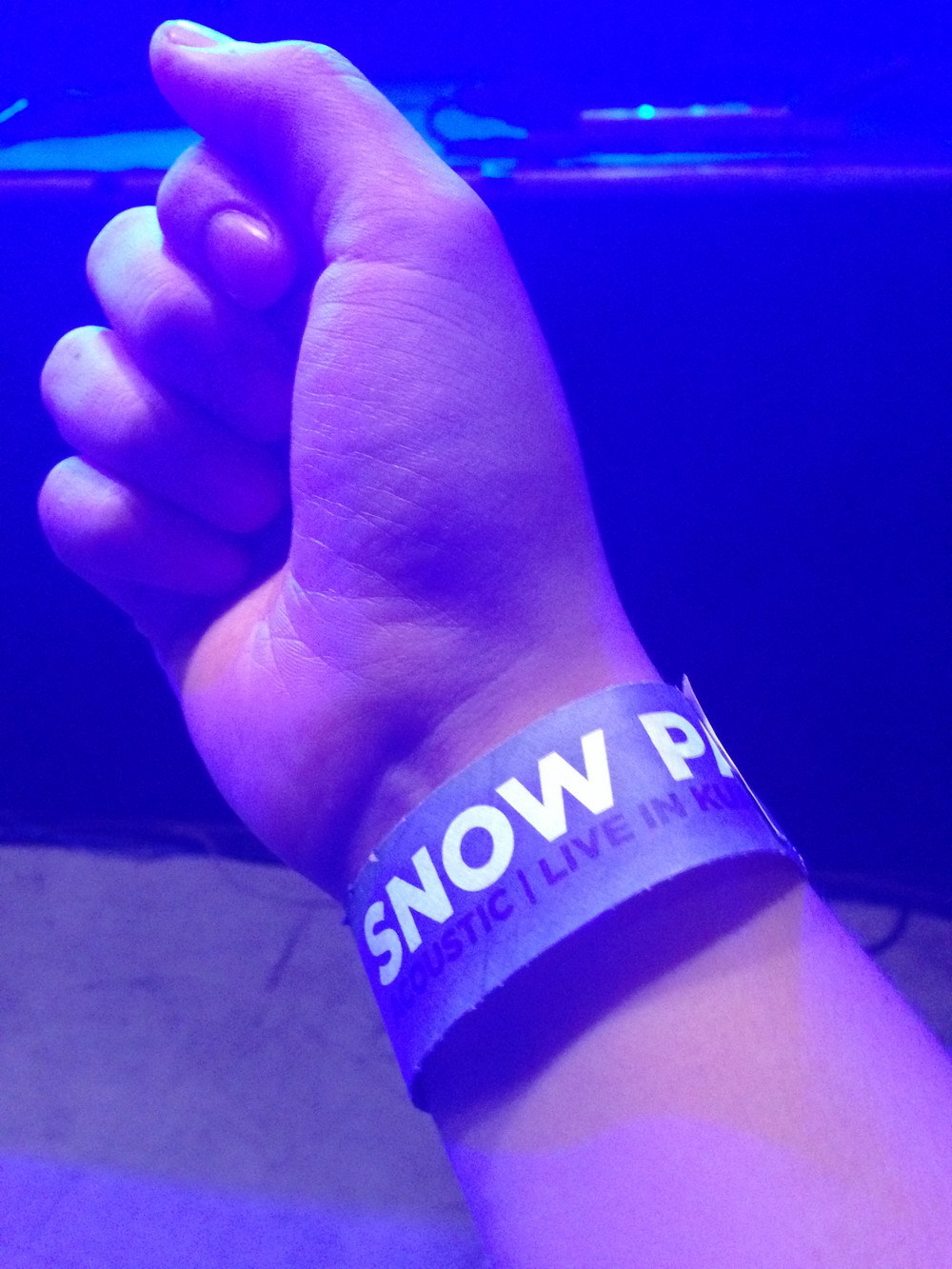 Last weekend I just went on a 4-day trip to Malaysia. It was partly a holiday because I didn’t get to travel this summer, but the main reason was to see a Snow Patrol show (hence the post title, which is a line from their song Heal Me.) Now, if you’ve been reading the blog for a while, you know that they are my favorite band ever, so when I found out they were doing an acoustic tour in SE Asia – Thailand, Malaysia, Indonesia, and Singapore – I jumped at it.

After some consideration, I settled on Malaysia. I’ve never been there before, so it would be nice to combine the show with some traveling. My plane landed in Kuala Lumpur early in the afternoon – the show was at 8, and I figured I would have plenty of time to settle in. However, between waiting in the longest line ever at immigration, navigating two trains, and my exquisite sense of direction, I didn’t get to the hotel until 5. Luckily, the venue is literally next door, so after checking in and a quick wash, I popped over. The venue looked so unassuming that I wasn’t even sure it was the right place, but as soon as I arrived, I heard the sound of Run floating down – they were doing sound check – and my heart skipped a beat. There were a few people in line already, so I decided to just grab a quick bite and queue up. The line wasn’t too long, certainly nowhere as ridiculous as when I went to see them in LA (though that line was mostly Ed Sheeran fans) but I didn’t want to take any chances. 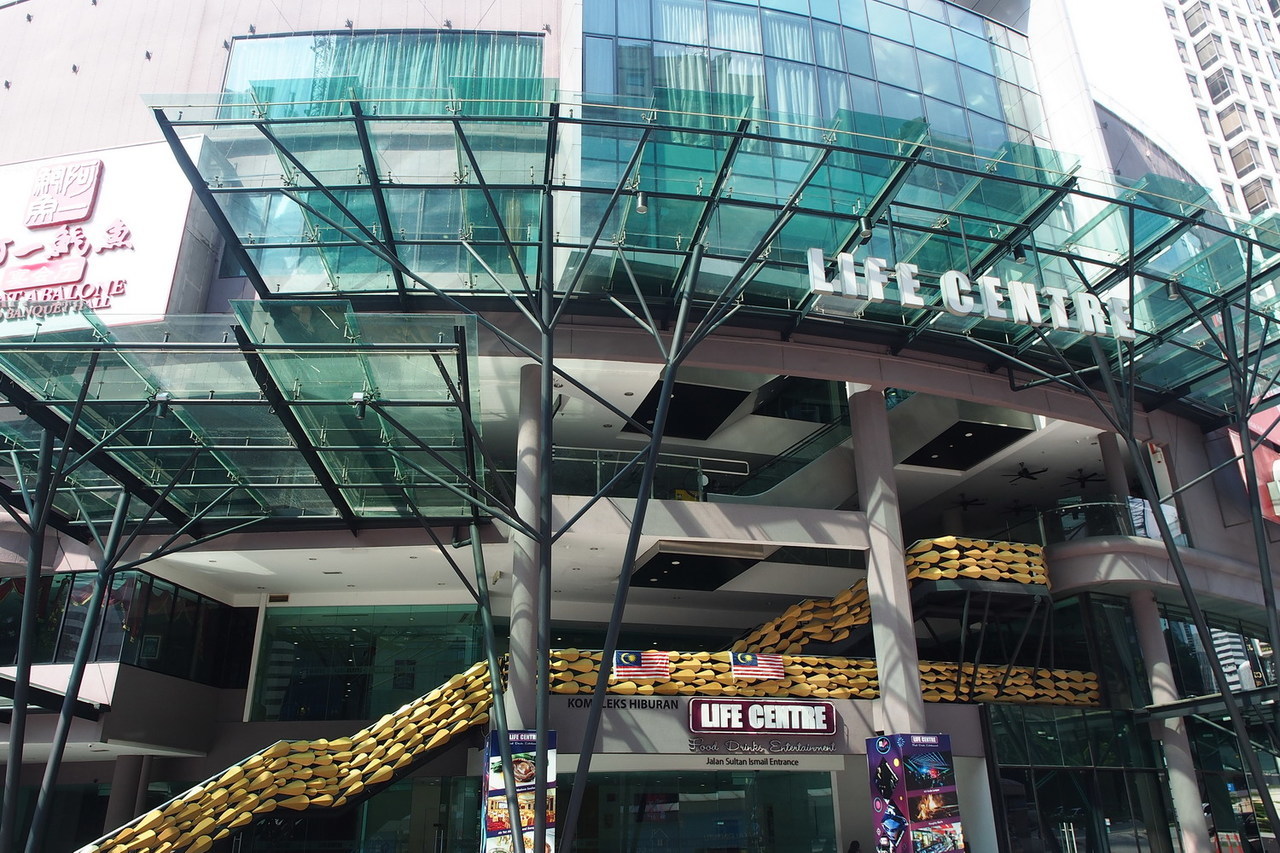 The outside of the venue

After 2 hours of waiting, we were let in and the place soon filled up. Then it was more waiting, first for the opening act, Ryan McMullan (who was filling in on piano for an injured Johnny McDaid), and then for Gary and Nathan to join him. Still, Ryan McMullan was good, and I had fun chatting with some people in the front row and we got a kick out of watching the roadies setting up – they were all big guys, yet they had to stand on tiptoes to check Gary’s mic because he is so tall. 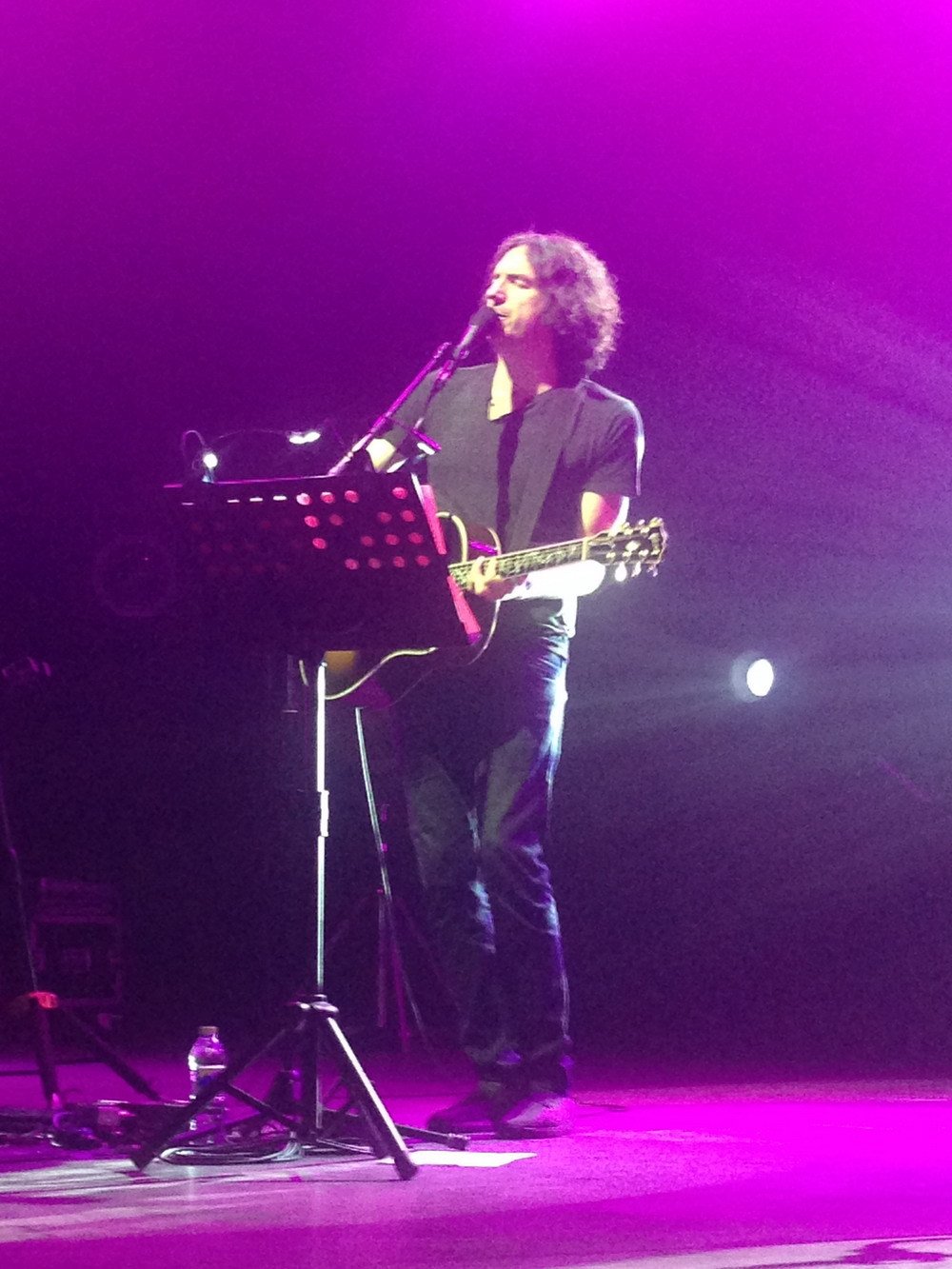 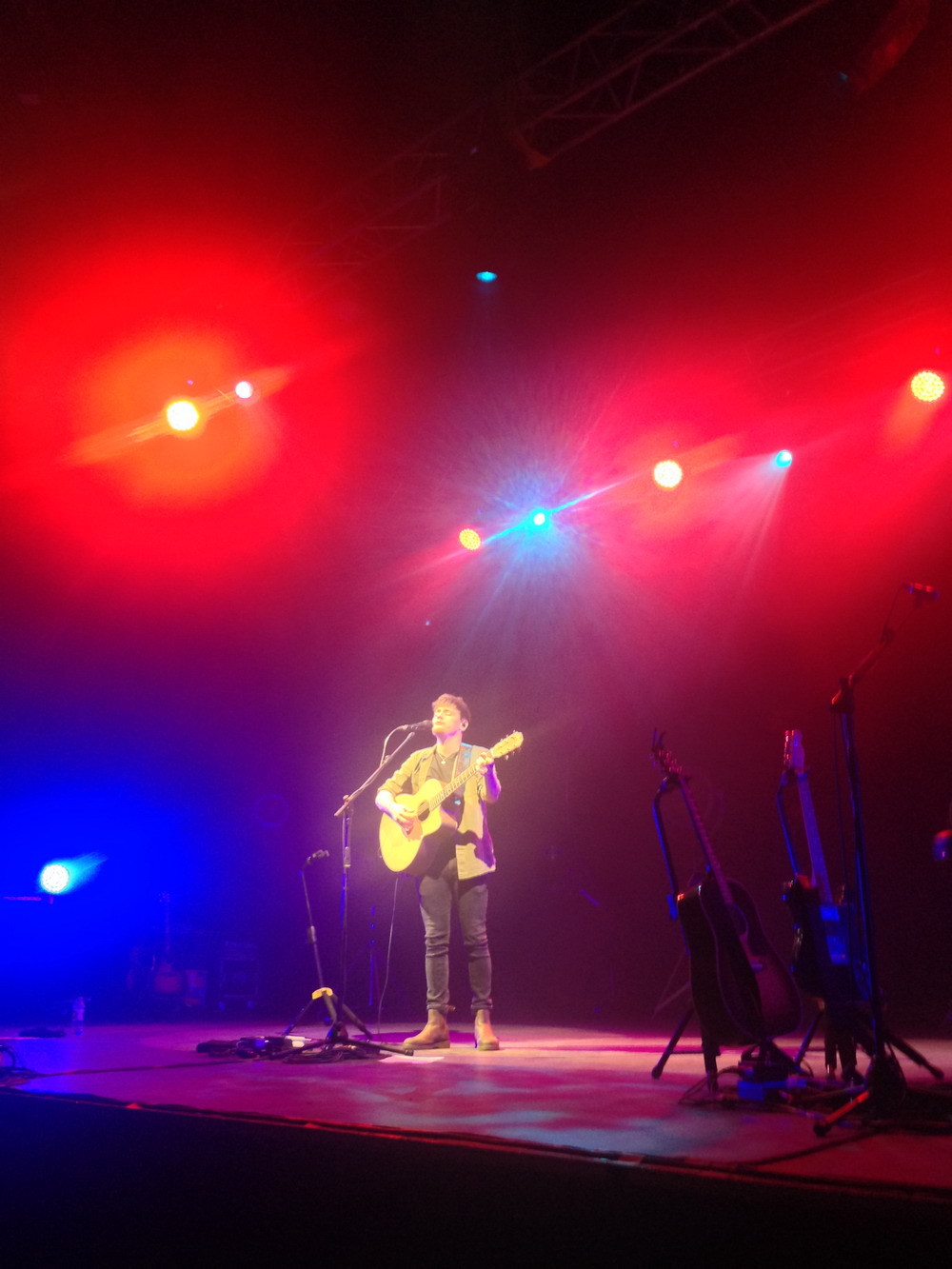 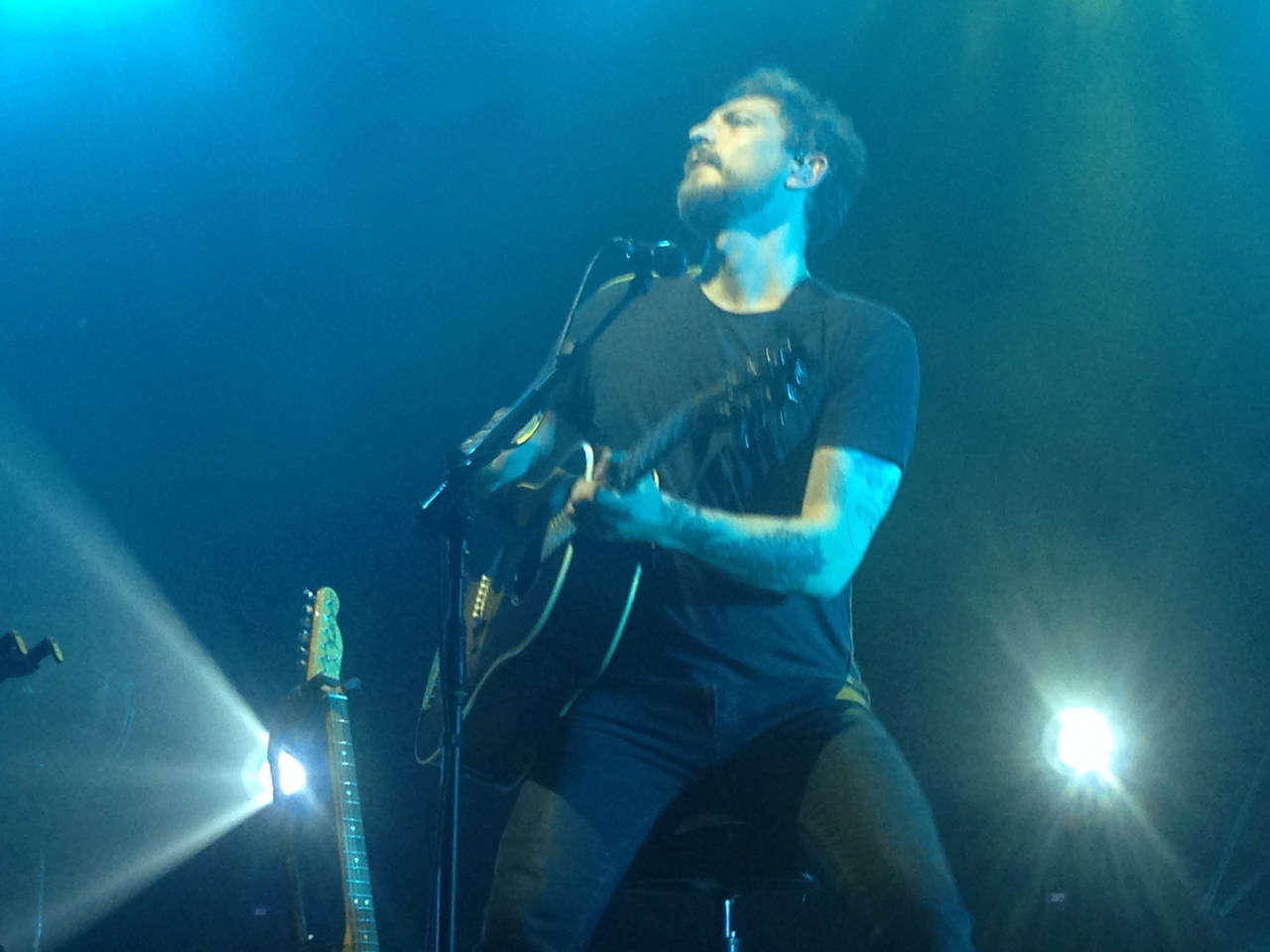 Finally, it was time for Snow Patrol. And though it wasn’t my first SP concert, it still felt like the first, so amazing it was. No, “amazing” wasn’t the right word. It was magical. I read in an article or an interview that Gary has this ability to make a stadium feel intimate and a small venue feel like a stadium, and it was absolutely true in this case. Though I missed the rest of the band, their absence didn’t affect the show in any way. And all this when Gary had a throat and chest infection. Despite his voice cracking a few times, he said he didn’t want to cancel the show and soldiered on. 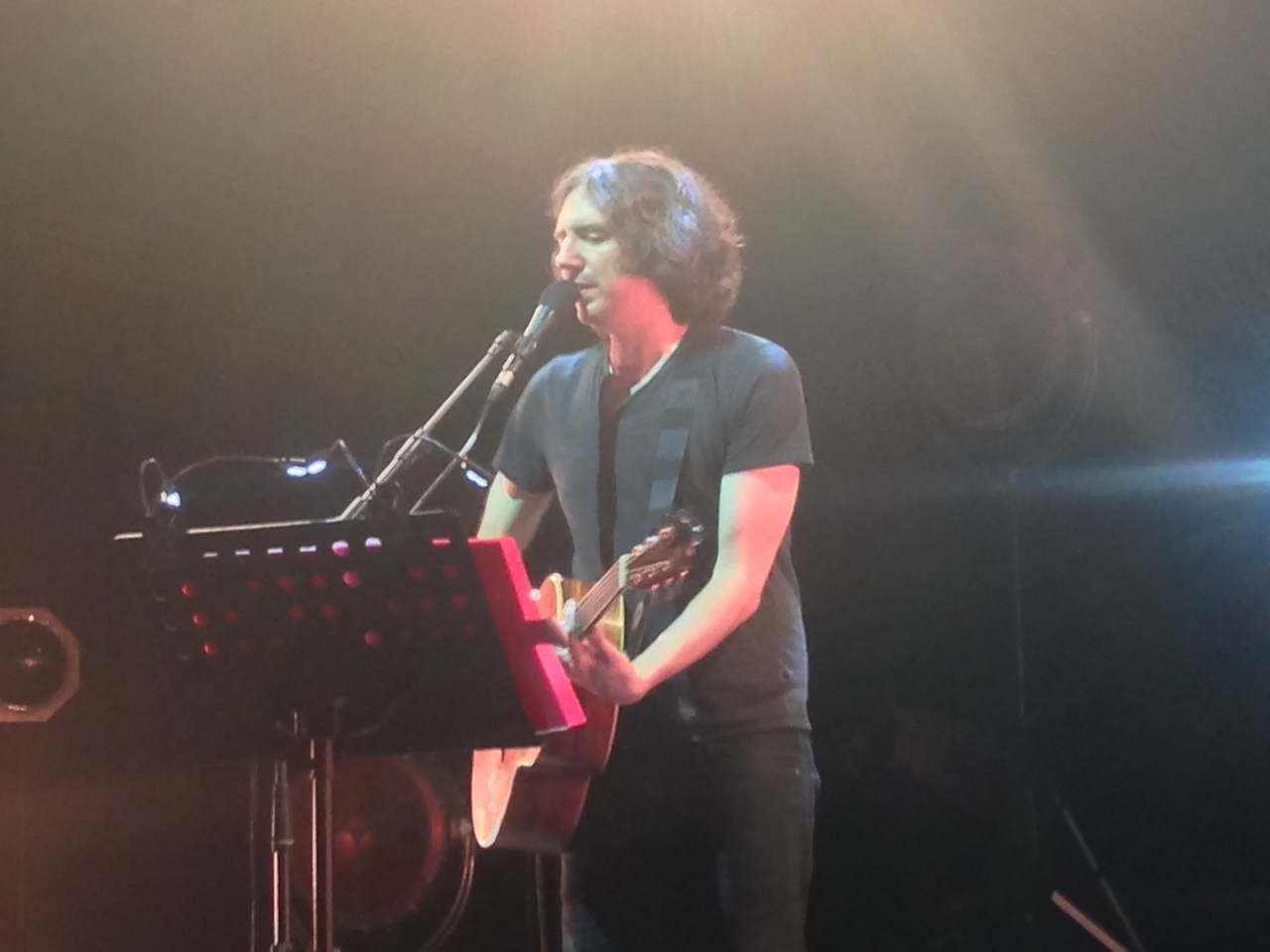 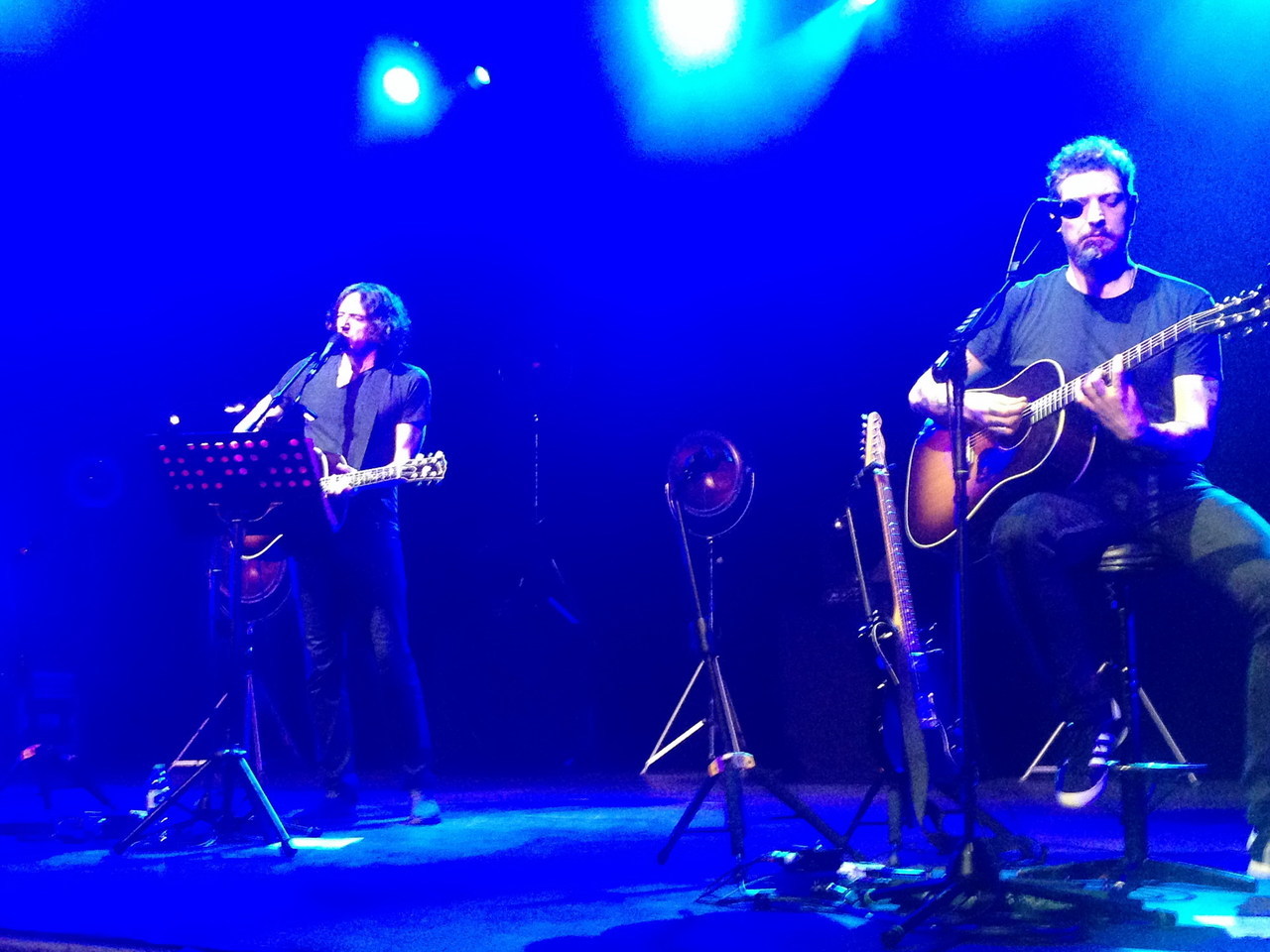 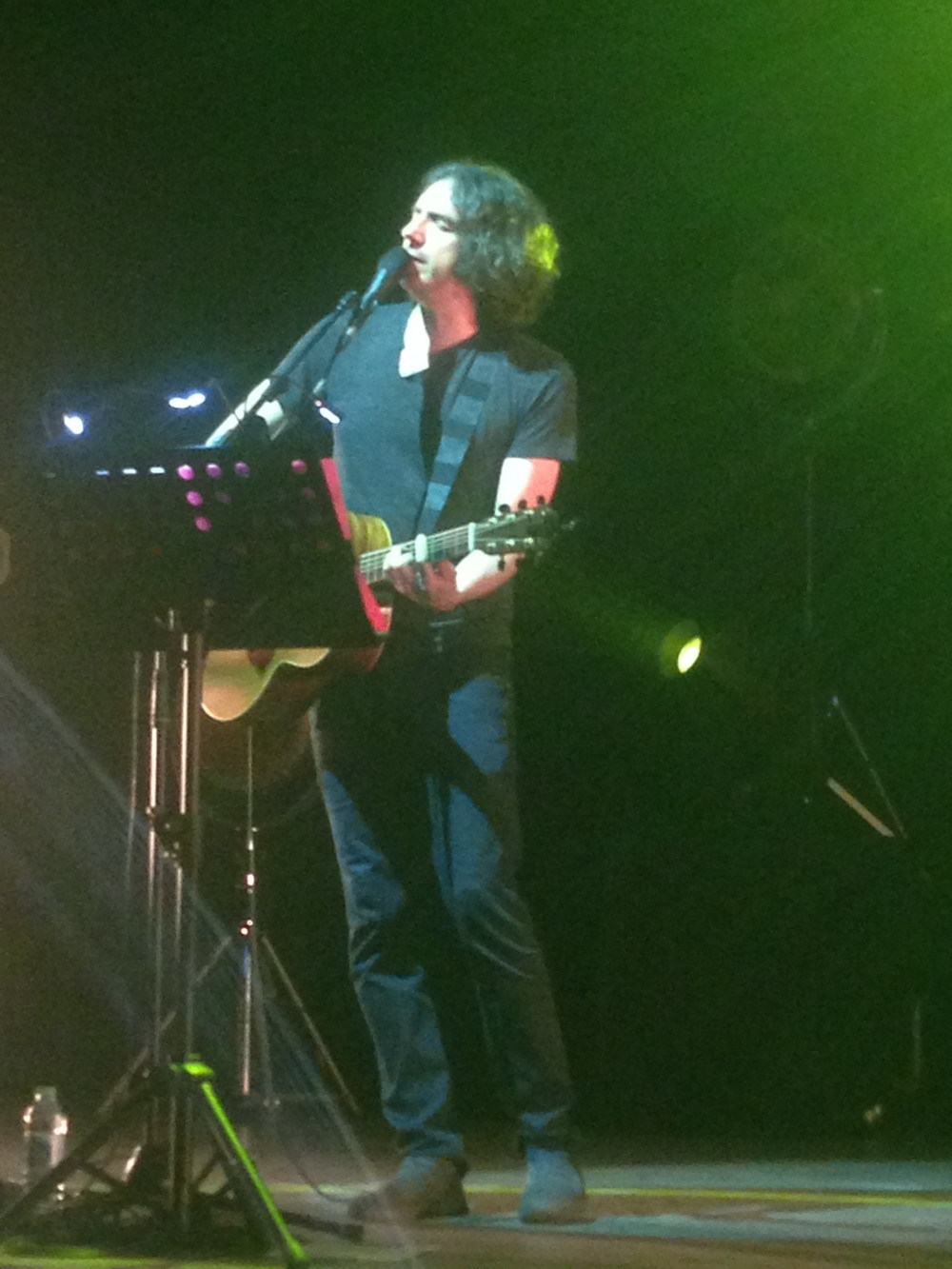 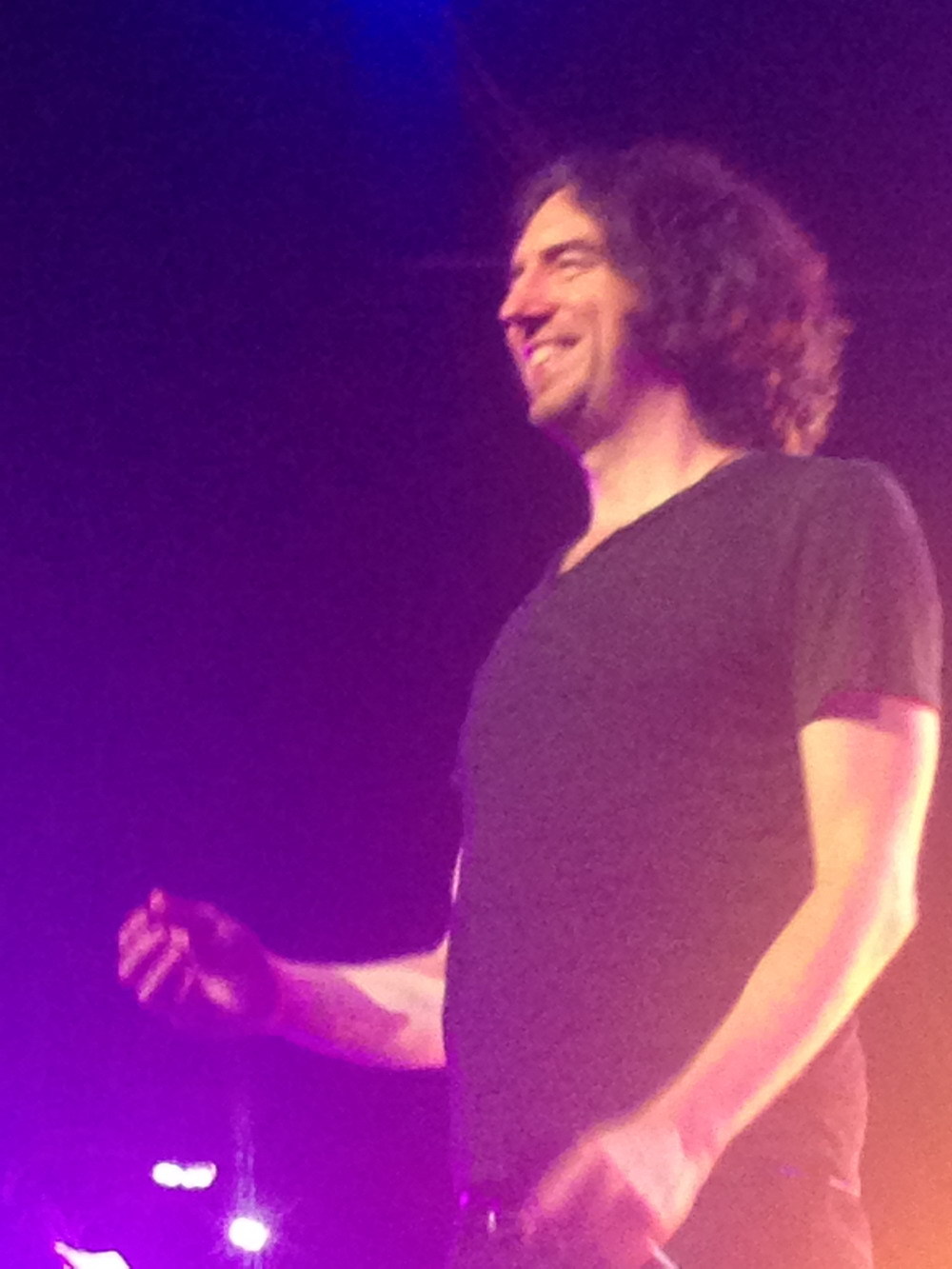 And that’s what made everything so special. The music is great, but it was Gary’s charms and his bantering with the crowd and the rest of the band that brought a fun, unique touch to the show (there was a moment when they were tuning up and Gary asked Nathan “Are you all right there, sweetheart?” that melted all our hearts.) 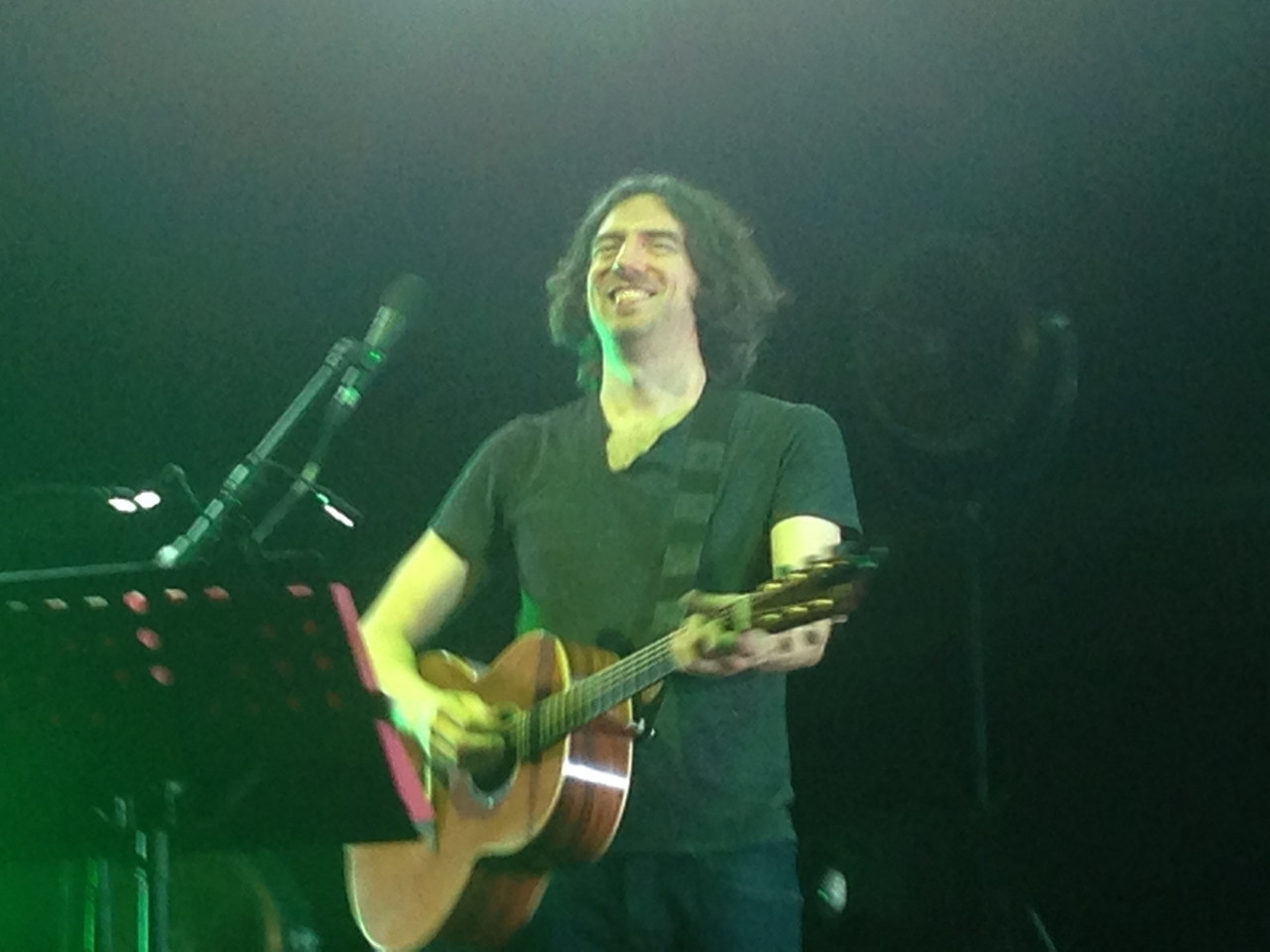 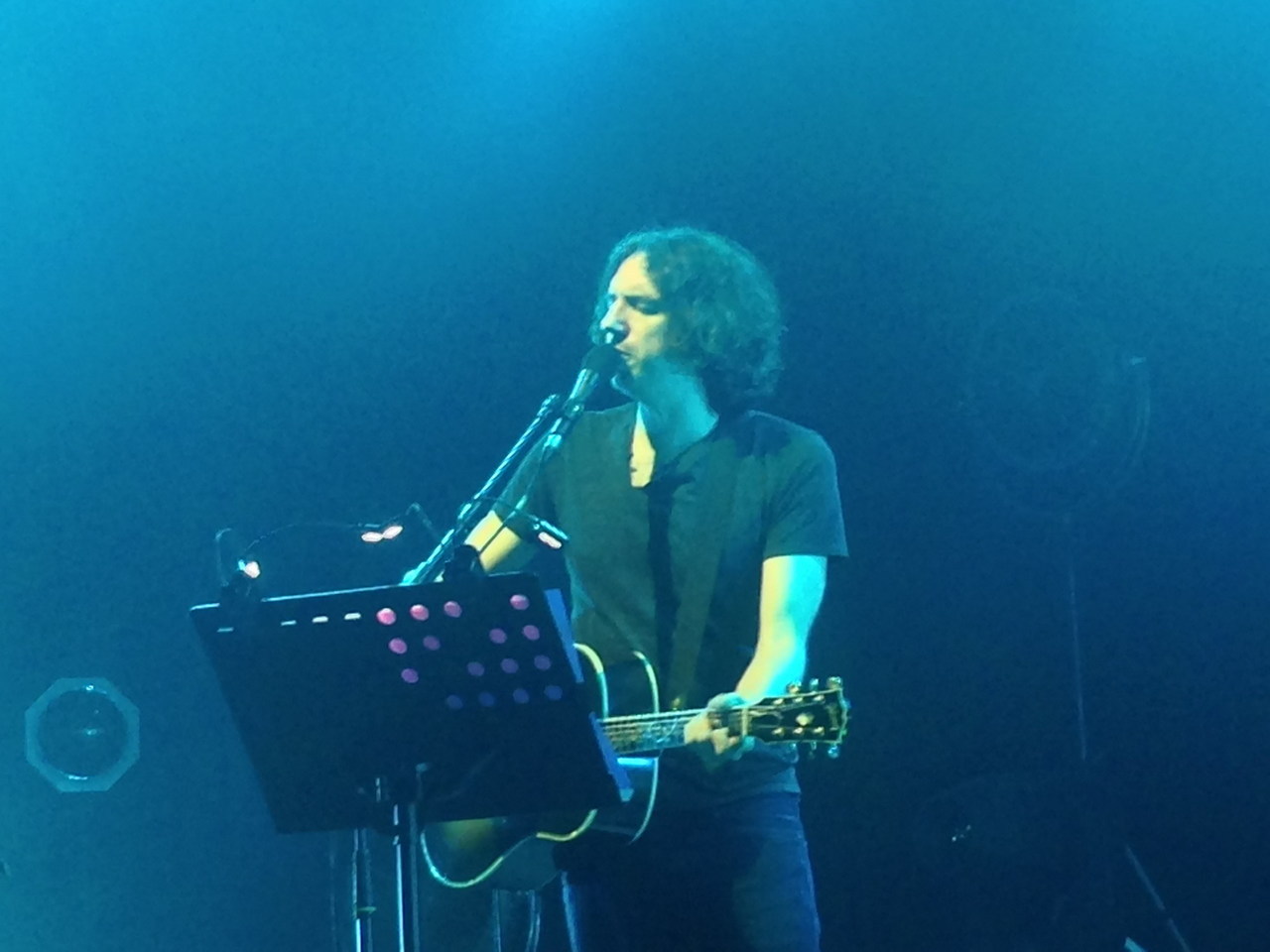 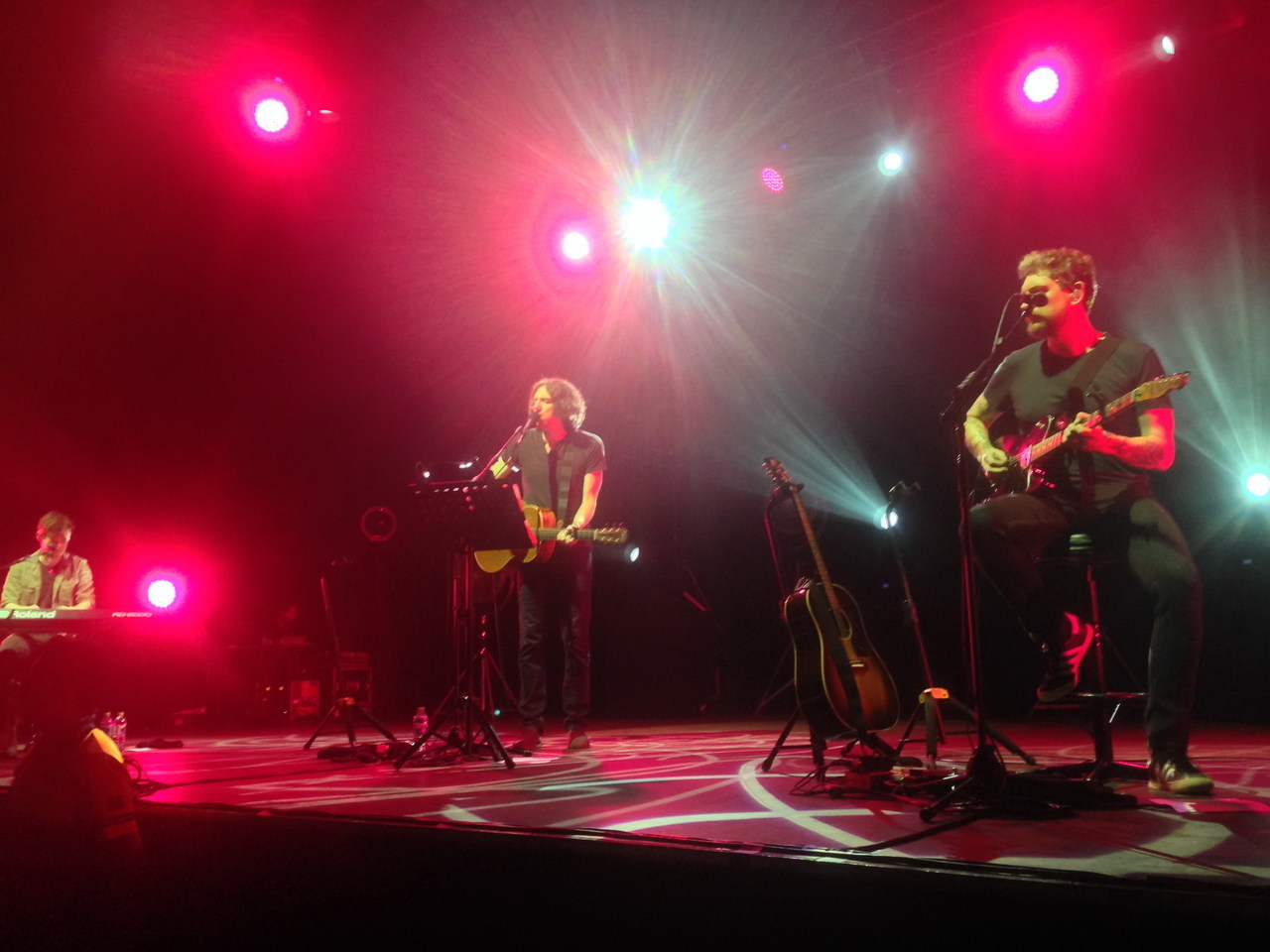 My crappy phone photos couldn’t do the show justice, so here are a couple of videos – we were quite happy to sing along and give Gary’s voice a rest 🙂

And here’s What If This Is All The Love You Ever Get for the encore, because Gary is adorable in it:

As it turned out, they did have to cancel the last two shows in Indonesia and Singapore. I was so glad that I decided on Malaysia and felt incredibly lucky that I got to see them. Hopefully I will get to see another show with the entire band one of these days (and it won’t take another seven freaking years.) Thank you, Snow Patrol, and get better soon, Gary!

For this week’s SIA, inspired by “Lady Folding a Letter” by Rococo artist, Louise-Elizabeth Vigée Le Brun, I pulled from my capsule wardrobe again – mustard cardigan, black jeans, white and blue scarves, and black boots. Simple. The floral print on my boots is to represent the rich colors and details of the original painting – I know, I know, there’s no floral in the painting, but that’s why it’s an interpretation, right?

I’ll be back tomorrow with a full round-up post (a lot of variety this week, which I love). Before that, though, let me ask you guys an unrelated question: what kind of music do you listen to when you need some energy boost? I listen to music when I work, and with my increasingly heavy work load, I need something a bit energetic to keep me concentrated, but I can’t stand pop or dance (except electronic), and my usual brand of “complain indie rock” can get on my nerves after a while. So any recommendation? Lately I’ve been listening to soundtracks (Tron: Legacy and Pacific Rim, mostly) as well as some comedy (Dylan Moran, his grumpiness is really helpful for when I’m reading a particularly bad script, and Bo Burnham), but any suggestion is welcome. Oh and in case you’re interested, here is how I wore my scarves – just double them, loop them up, and wound around like you would a normal scarf:

It’s been cold and rainy for almost the whole week and my niece was sick again (she’s better now) so I didn’t go outside a whole lot (OK, not at all) and therefore had a bad case of cabin fever. That’s one of the setbacks of working from home. You forget that there’s an outside. Anyway, despite me staying inside so much, this isn’t a particularly fun round-up… and I apologize for that.

– This sweater from Anthropologie. Can’t afford it, of course, but I can dream, can’t I?

– A couple of outfits from my blogroll this week (and yes, I’m jealous of their bare legs. It may be 65 degrees here but trust me, bare legs is not an option):

– I’ve seen a lot of gadgets invented to keep teabags in your mug, but this might be the cutest:

– From the department of WTF History, this bizarre bicycle campaign (Attack of the 50 foot Cyclist?) 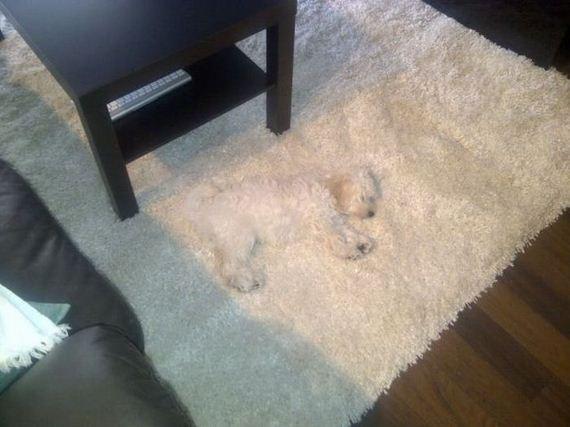 – And finally, something I’m sure we can all relate to:

– I have to open with this: the teaser trailer for Star Trek: Into Darkness is out. Go watch it now and bow down to Benedict Cumberbatch!

– OK, one more for the geek in me: The Hawkeye Initiative, a blog dedicated to showing how ridiculous the poses of female characters in comic books are. I approve.

– A lovely guide to a DIY holiday, courtesy of ShopRuche.

– Another DIY, from Honestly WTF this time, for boot stuffers. I’ll probably need this… once I replace my old pair.

No Blog/Book of the Week this week. In fact I’m rethinking these two features. I may try something more in-depth with both of them, maybe actually reaching out to the blogger and interview them, and do a full book review. The book reviews I can do easily, but the blogger interview is a different matter… I’m too shy for that… we’ll see.

SONG OF THE WEEK: “Skeleton Key” by Margot and the Nuclear So and So’s. I discovered this band after Kallie of Happy, Honey and Lark talked about them on her blog. I like Kallie’s style so I figured her music was worth checking out too, and I wasn’t disappointed. They sound a bit like Guster, a bit like Phantom Planet, perhaps with a touch of Ben Folds too (all favorites of mine), and when I found out they were named after Margot Tenenbaum, I was sold.

I’ve been neglecting Weekend Round-Ups all through November because of NaNoWriMo, but now that I’m done with that, I figure it’s time to get back to this.

– How adorable are this photo collection of a grandmother and her cat?

– This drawing and the quote make me seriously consider cutting bangs:

– Somebody get me this bookcase chair for Christmas, please?

– Speaking of Christmas gifts, how about these geeky phone cases?

– Another adaptation that got me excited: BBC just announced that they’re adapting Jonathan Strange and Mr Norrell!

– Cool things that Google can do.

– This makes me giggle: what your favorite store says about you.

– This one is kinda old, but hilarious as well: US wars compared to 7 types of failed relationships.

BLOG: The Jealous Curator. This has become my go-to blog to discover new artists, as it features super cool works of art of every medium and style, some of which I will no doubt introduce to Style Imitating Art soon!

BOOK: These past few weeks I’ve been working my way through the “Anne of Green Gables” series. It feels a little redundant to review such a classic, but this is one I never grew up with, and I think I would feel completely different about it if I did. I enjoy the writing, but to be honest, Anne annoys the heck out of me, especially in the earlier books. I guess it’s because I was totally like that when I was little, all silly notions and sentimental about every little thing. Anyway, I do like it enough to keep reading all seven books.

SONG: “Fuerteventura” by Russian Red. This is the stage name of Spanish musician Lourdes Hernandez. I discovered her on MTV Live (I know, I didn’t know MTV was still playing music either!) and immediately felt in love with her simple, cheerful sound. I like this song because of how retro it is – it immediately puts in my mind pictures of 1950’s teenagers hanging at soda fountains and dancing at sock hops.