A Disco Ball Hanging By A Thread

This shirt is a little more sparkly (well, a lot more sparkly) than I usually wear, but it was on sale, so I thought I’d give it a try. The only two setbacks are 1) it’s hand-wash only due to the fragile sequins, and 2) if it’s sunny out, I would essentially turn into a walking disco ball and wreak havoc on any oncoming traffic. Still, I’m keeping it, because it’s fun, and apparently silver is one of the trends for this fall. When the weather is cooler, I can try pairing it with a blazer or my leather jacket, to tame the sparkle a bit.

I saw this linen tee on sale last week, and even though the weather has cooled down considerably, it is still warm enough for a T-shirt, so of course I had to snatch it up. (In Vietnam, “cooling down” generally means “you’re going to wear the same summer clothes except you’re not going to sweat through them in 10 minutes”. And then, snap! Winter is here! There is no in-between.)

I think it’s not just any old boat but actually a Chinese junk embroidered on the T-shirt, but “Row, row, row your Chinese junk” doesn’t have the same ring to it, does it?

So 2/3 of this outfit are actually hand-me-downs from my sister – only the jeans are mine originally. That’s the perk of having a sister who likes shopping, is the same size as you, and has more or less the same taste as you do. Though I have to say, her preference for V-neck white button-ups is inexplicable. I don’t like V-neck tops that much, yet she tried to pass another one to me when she gave me this pair of loafers. I refused, because I already have one, which, of course, also came from her. But I have an inexplicable preference for blue plaid button-ups too, so who I am to talk, right?

Here’s my interpretation for this week’s SIA, inspired by the Hindu painting “Melancholy Courtesan“. The painting is very colorful, so I’m hoping my printed top can reflect that. Originally, I planned to wear a pair of olive-green pants to mimic the green border of the painting, but a blue shirt, green pants, and red shoes are way too much, so I toned it down with my blue jeans. It’s great that you don’t always have to be literal with SIA.

Don’t forget to check Jen’s blog on Wednesday for the full round-up of other interpretations of this painting! 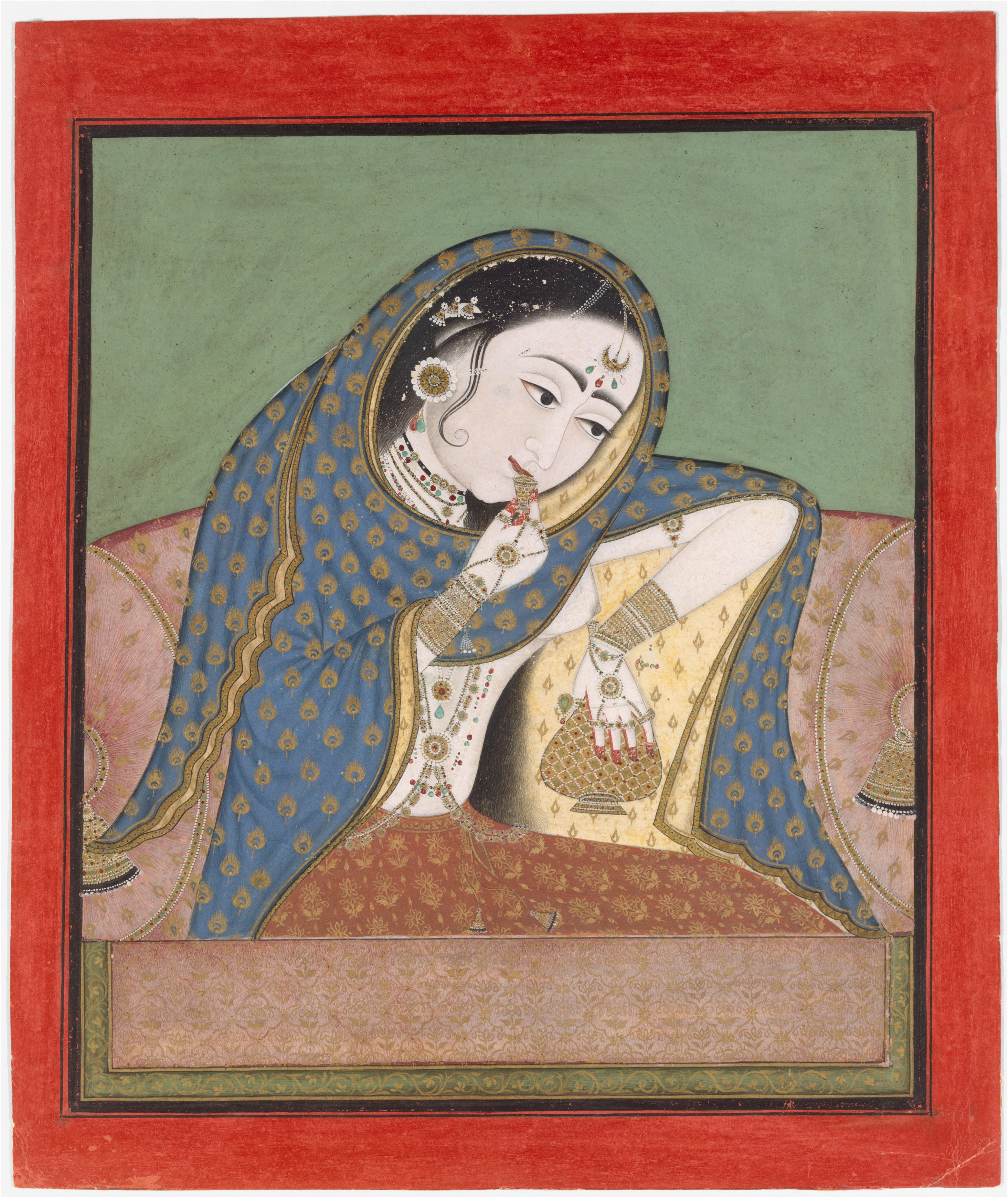 We’re finally having some spring-like weather around here, but while it is humid, thankfully it remains cool, rather than hot and humid, so getting dressed is still enjoyable instead of the chore it is during the warmer months. I always prefer to dress in layers – it’s much easier to add interest with layers – so as long as it stays cool, I’m happy.

That said, this (new) shirt can still add interest to an outfit even by itself. If you look at the close-up, you can see that its buttons are actually printed with a subtle floral pattern. Very appropriate for spring without being obvious. I’m sure Miranda Priestly will approve.

I didn’t realize it until I uploaded the photos, but this outfit could have been an interpretation of Van Gogh’s “Sunflowers“, if we’d picked it for SIA (we tend to stay away from such well-known works though). I guess I was influenced by Loving Vincent, the oil-painted animation about Van Gogh’s death, which I saw a couple of weeks ago. The story is nothing to write home about, but the film itself is gorgeous. It’s literally Van Gogh’s paintings coming to life. Highly recommended if you’re an art lover.

In other movie news, I saw Thor: Ragnarok last week (I wanted to see Blade Runner 2049, of which I’ve heard a lot of good things, but Vietnamese theaters only keep movies on a 2-week rotation, so it’s no longer showing. I’m just going to have to wait for the DVD release.) Ragnarok is a lot of fun, but not much else. At least it was more entertaining than The Dark World, I’d give it that.