A Weekend Trip To Mai Chau

As I mentioned before, during the student exchange program between my school and the Singaporean school, it was my job to accompany the students on excursions to teach them more about the Vietnamese culture. Most of those excursions took place around Hanoi, but during one weekend, we went out of the city to Mai Chau, a small town set in a valley northwest of Hanoi. It’s small and therefore not as well-known as other destinations in the north, such as Sapa or Ha Giang, but it’s quiet and relaxing, and the landscape is very pretty, if not as grand as those of the mountainous towns.

A typical panorama of Mai Chau

Because the drive took so long (the distance is 150 km, but the road is winding and dangerous, so it took us over 4 hours to get there), we opted to leave on Friday evening, so that we could get some rest and an early start the next day. We stayed at a traditional stilt house, surrounded by verdant rice fields and rolling blue hills. For the Singaporean students, who have lived in a city their whole lives, it was quite impressive. 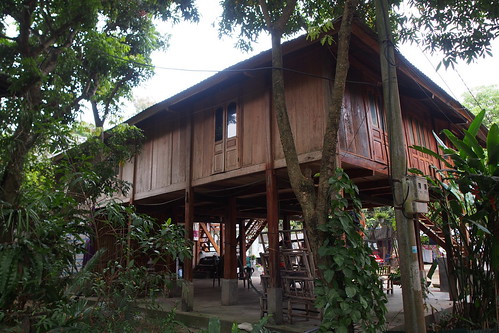 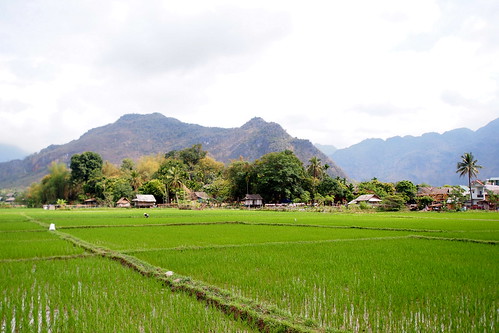 The view from the village

On Saturday morning, we were picked up by electric cars that took us around town to visit some of the surrounding villages and take in the local life. 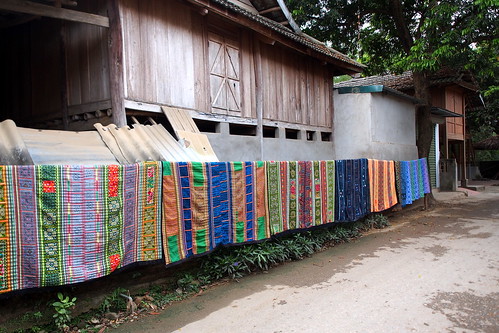 Colorful woven cloths for sale along the village road 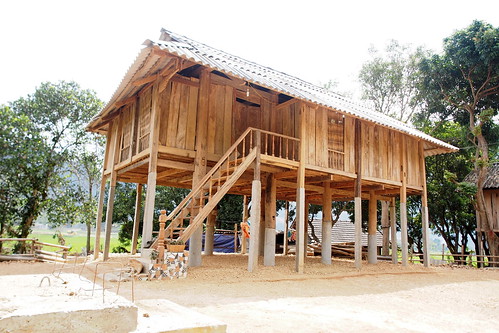 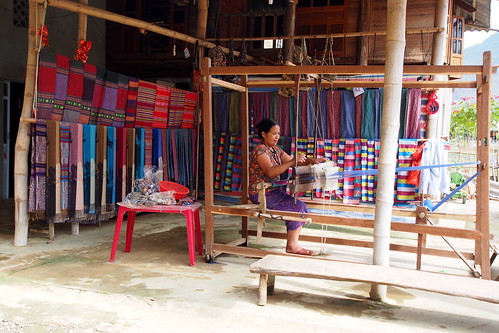 Then, in the afternoon, we rented some bikes to go exploring on our own. We went deeper into the hills, through bamboo forests straight out of Crouching Tiger, Hidden Dragon, and beautiful green fields. It rained a bit, but that didn’t stop us, and we were rewarded with a rainbow later! 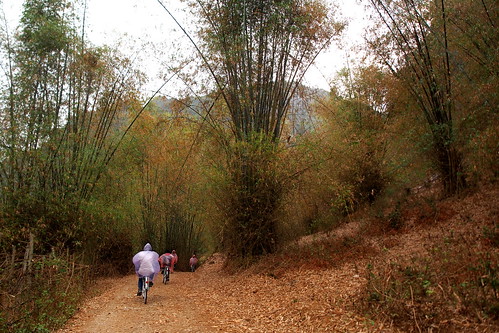 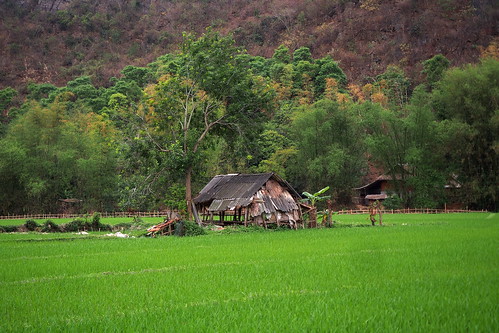 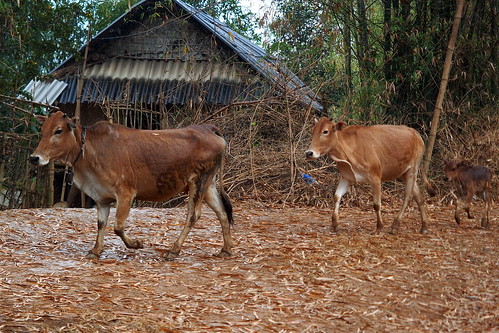 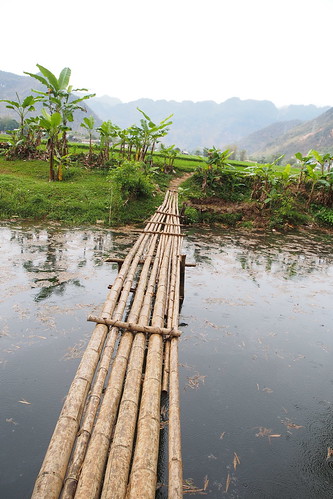 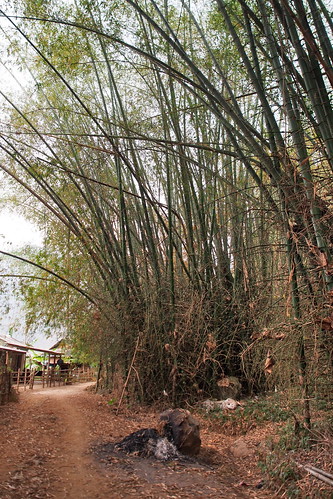 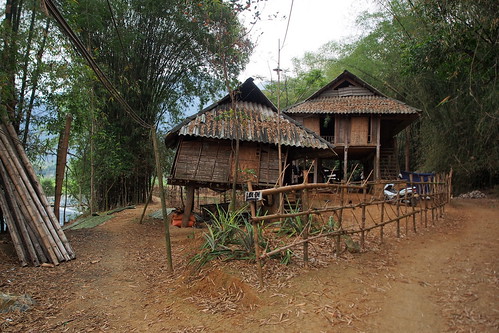 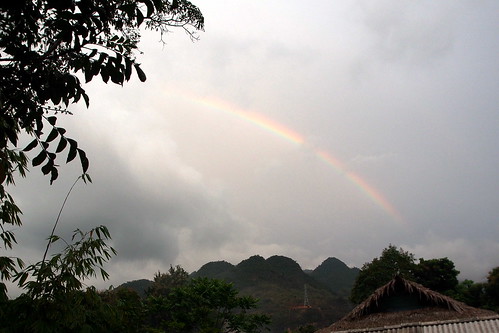 That night, we were treated to a performance of traditional songs and dances at the hostel, which was fun. 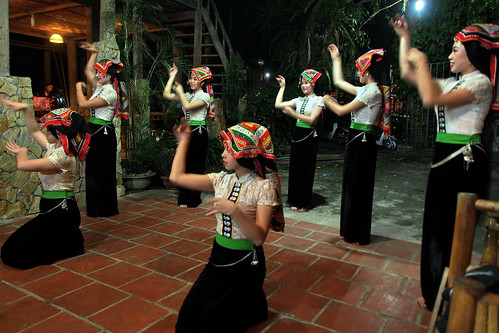 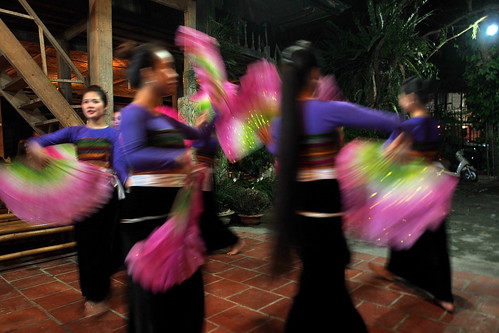 On Sunday morning, I left the students to their own devices (they must complete a short film during the course of the program, so a lot of them went off to shoot) while I walked into town to check out the weekly market. It’s not that different from our normal markets in Hanoi, though you don’t often see live frogs or beetles being sold in Hanoi 😉 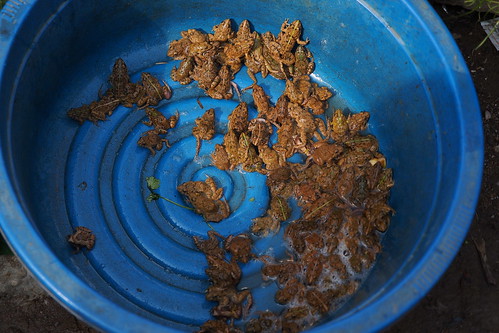 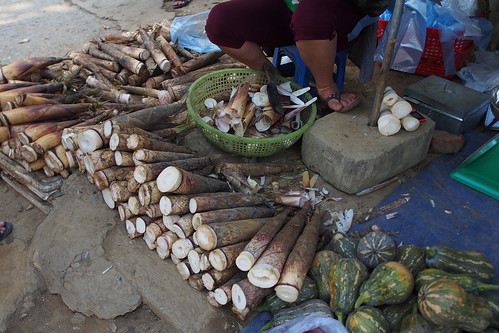 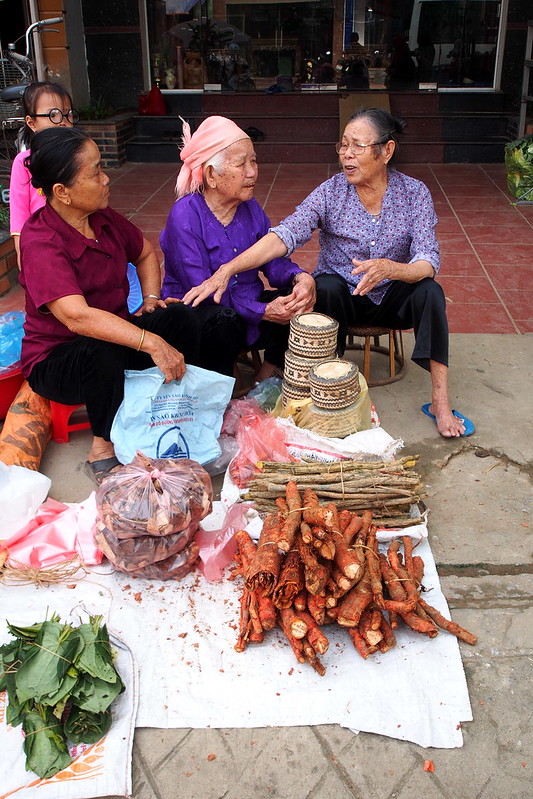 These ladies are selling betel leaves and tree barks for paan

After lunch, it was time to head back to Hanoi. On the way, we also stopped at a rock quarry so that some of the students could finish their shooting – the quarry is covered in pure white rocks, so it makes for a very striking background for their film. 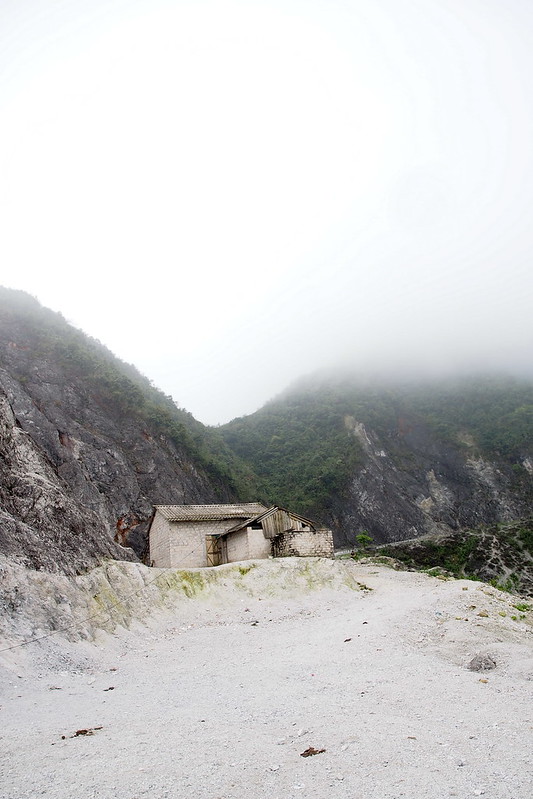 Iceland in the winter? Nope, Vietnam in spring! 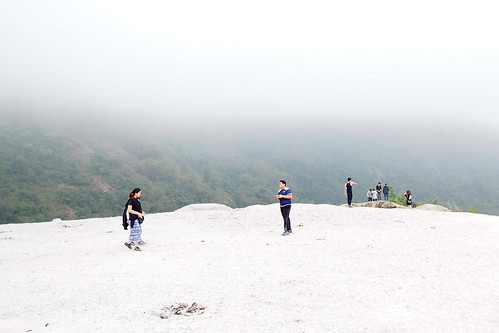 All in all, it was a fun trip, for me as much as for the students. I’m glad I got the chance to check out a part of Vietnam I haven’t been to and discover some new beauties.

3 Comments on “A Weekend Trip To Mai Chau”