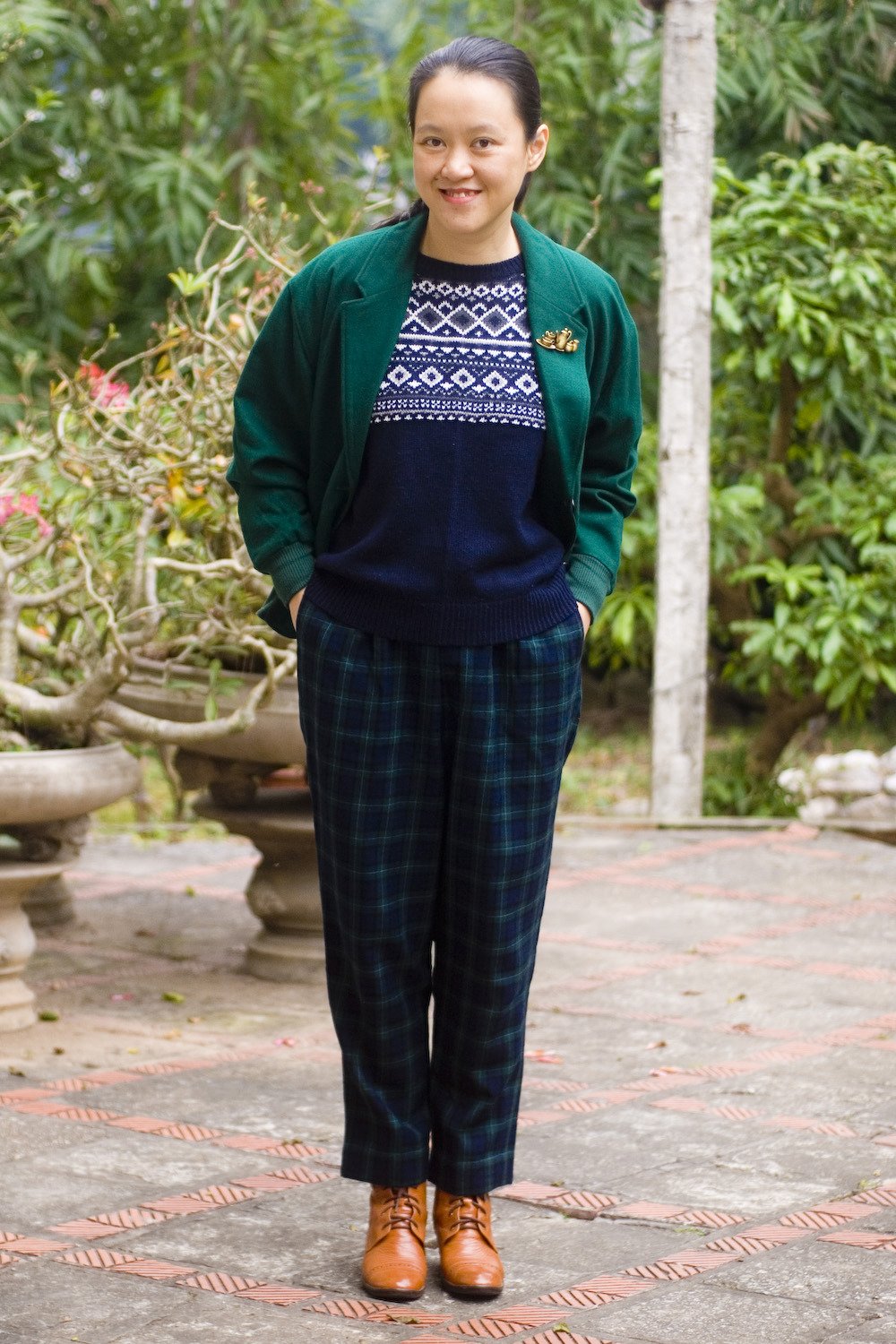 Would it be weird to say I built this outfit around this tea set brooch? But hey, it wouldn’t be the first time. Actually, the brooch reminds me of Mrs. Doyle from “Father Ted” (hence the post title), but Mrs. Doyle is not exactly a great source of style inspiration, so I went with something more “me” but still has some of that old-lady feel that works with the brooch, in the sweater and the plaid pants.

P/S: I just checked IMDb out of curiosity and it turns out Pauline McLynn, who played Mrs. Doyle, was younger than me when “Father Ted” started!!! She was in her early 30s (and was my age when it ended)!!! Talk about the magic of make-up and styling… 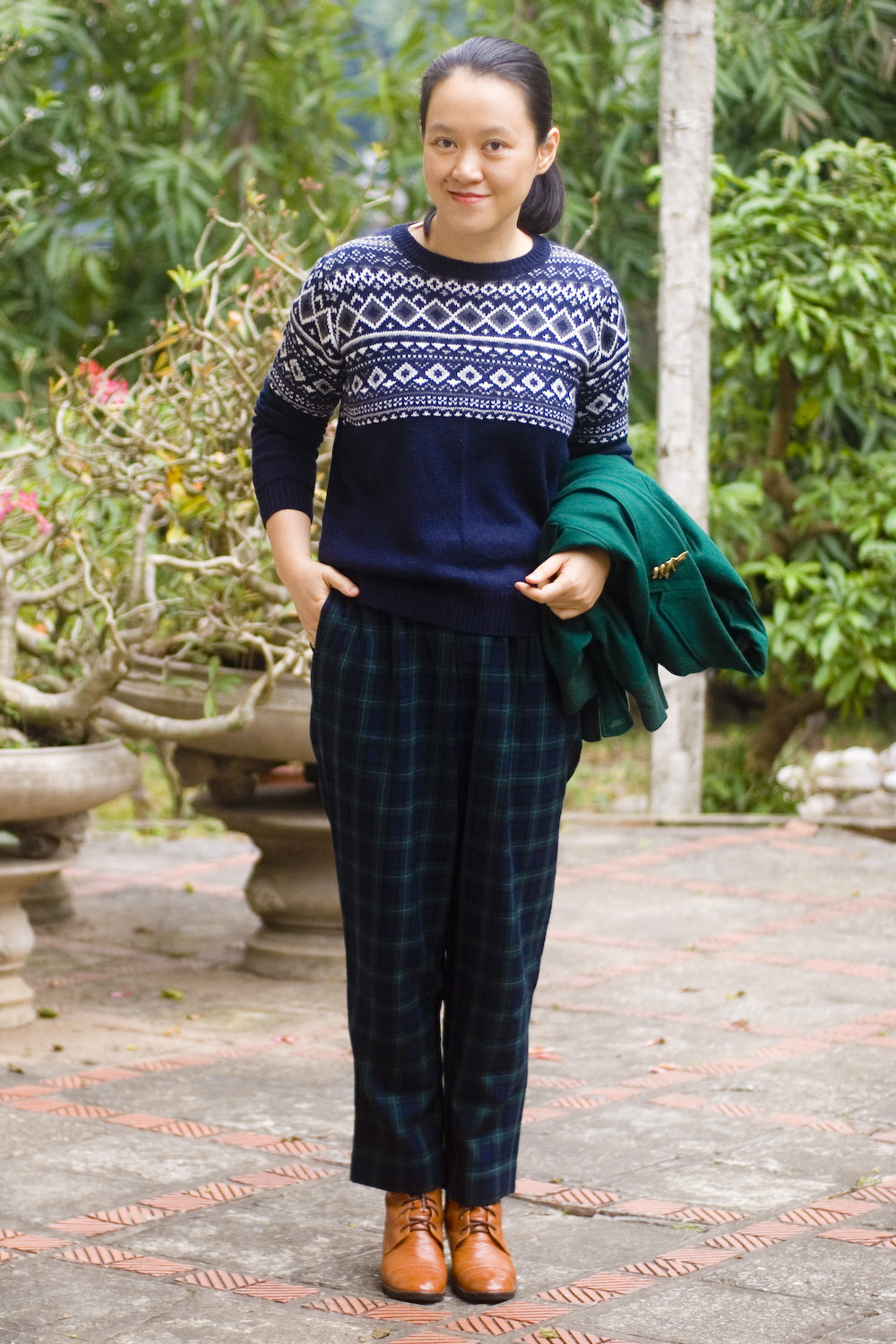 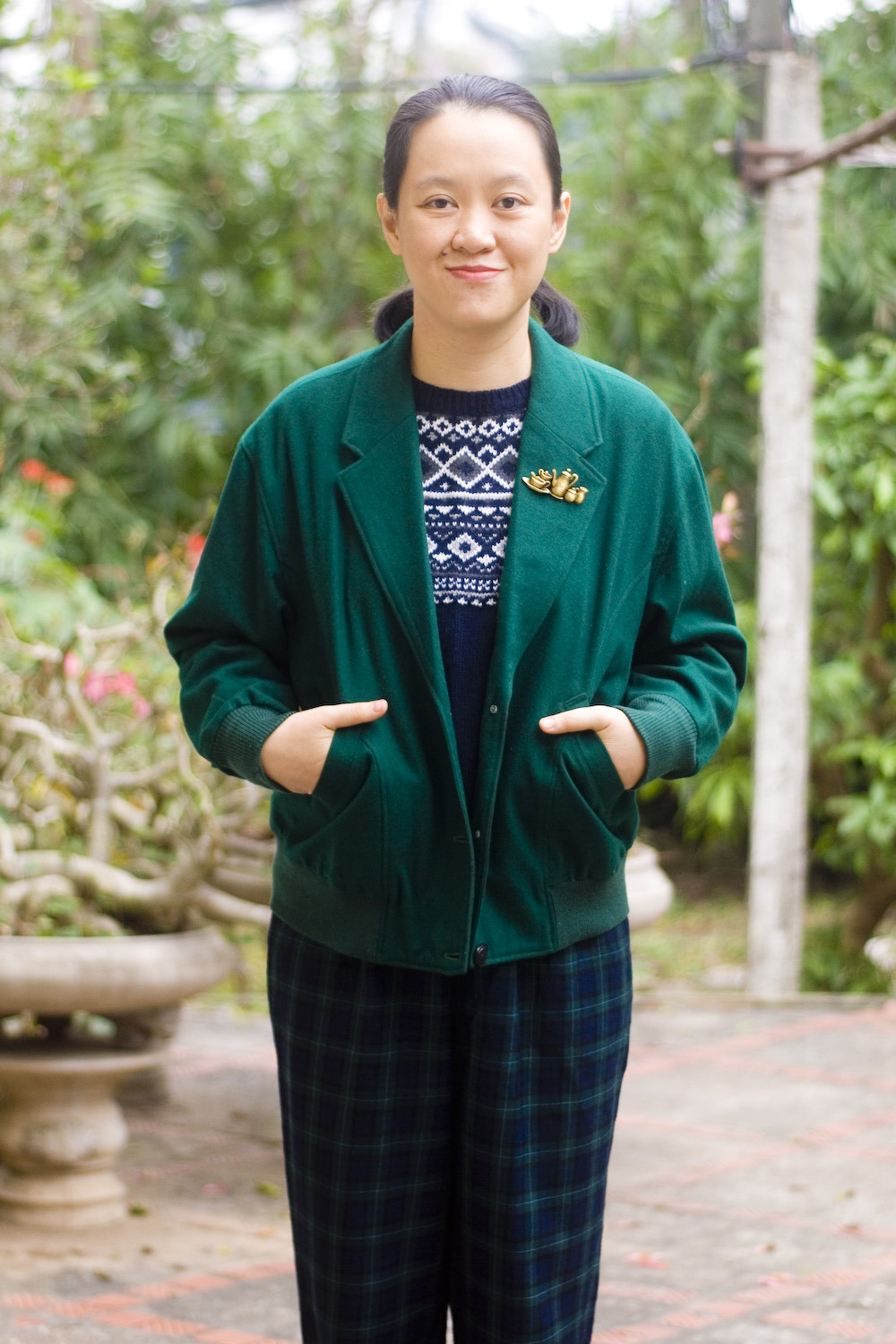 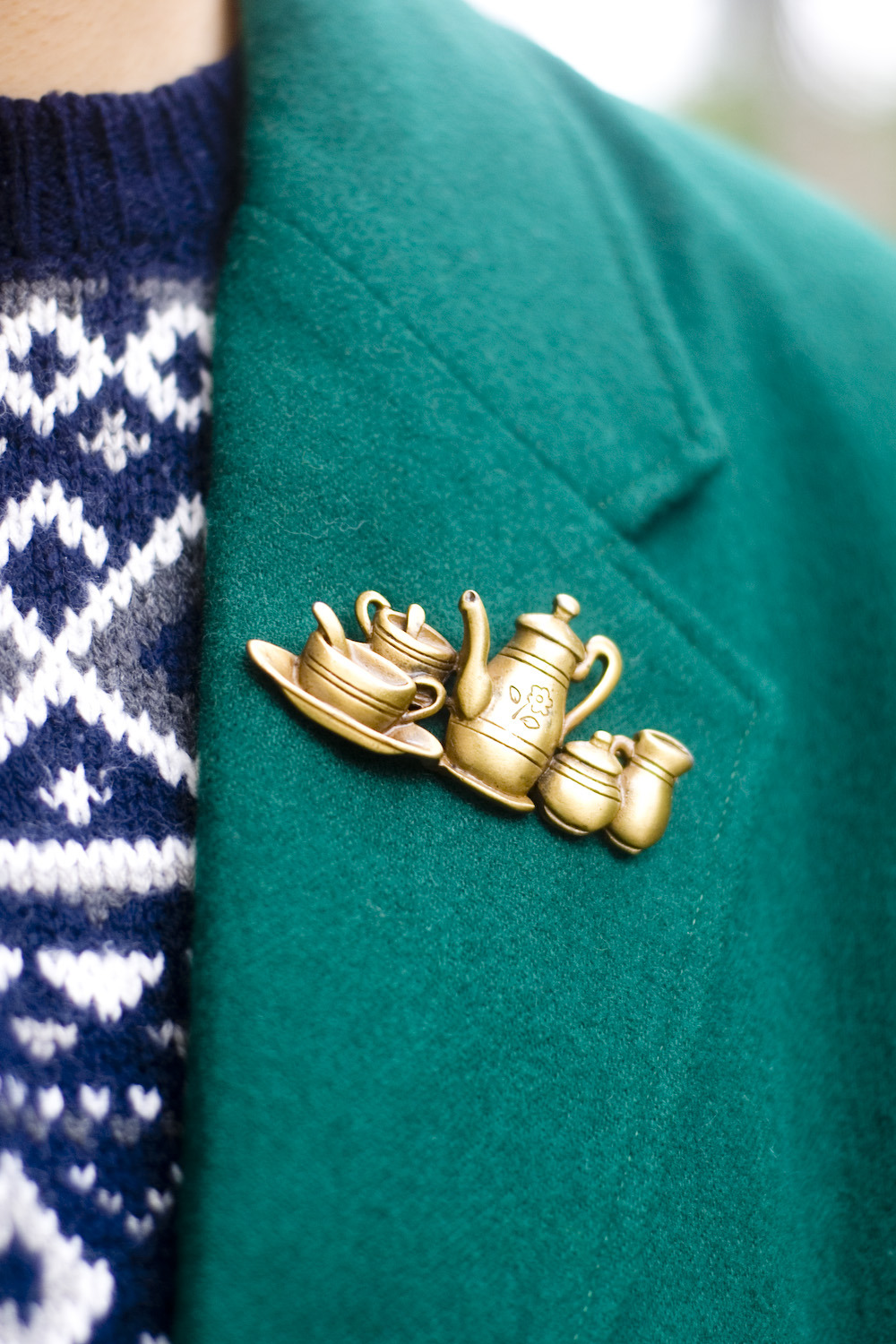 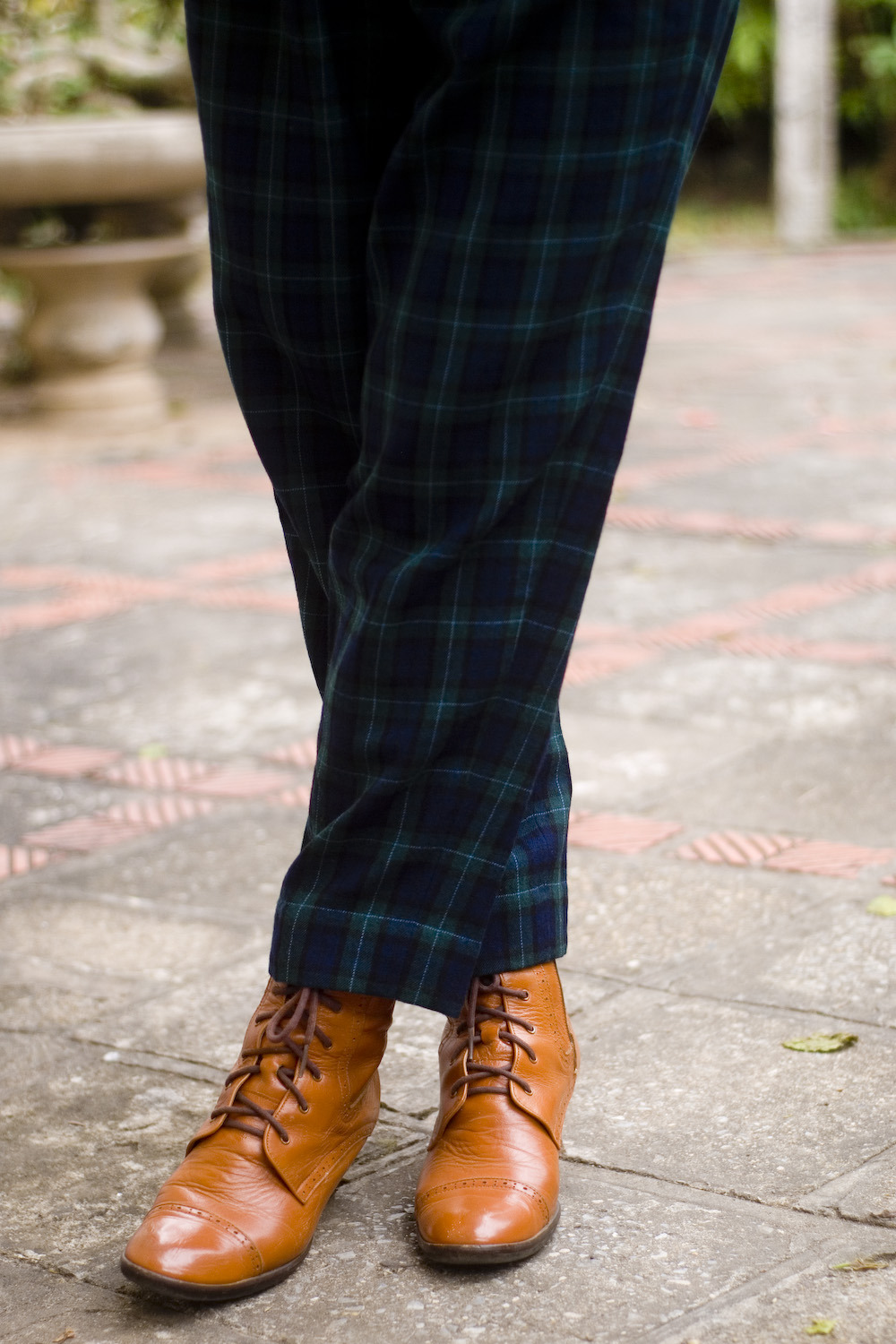 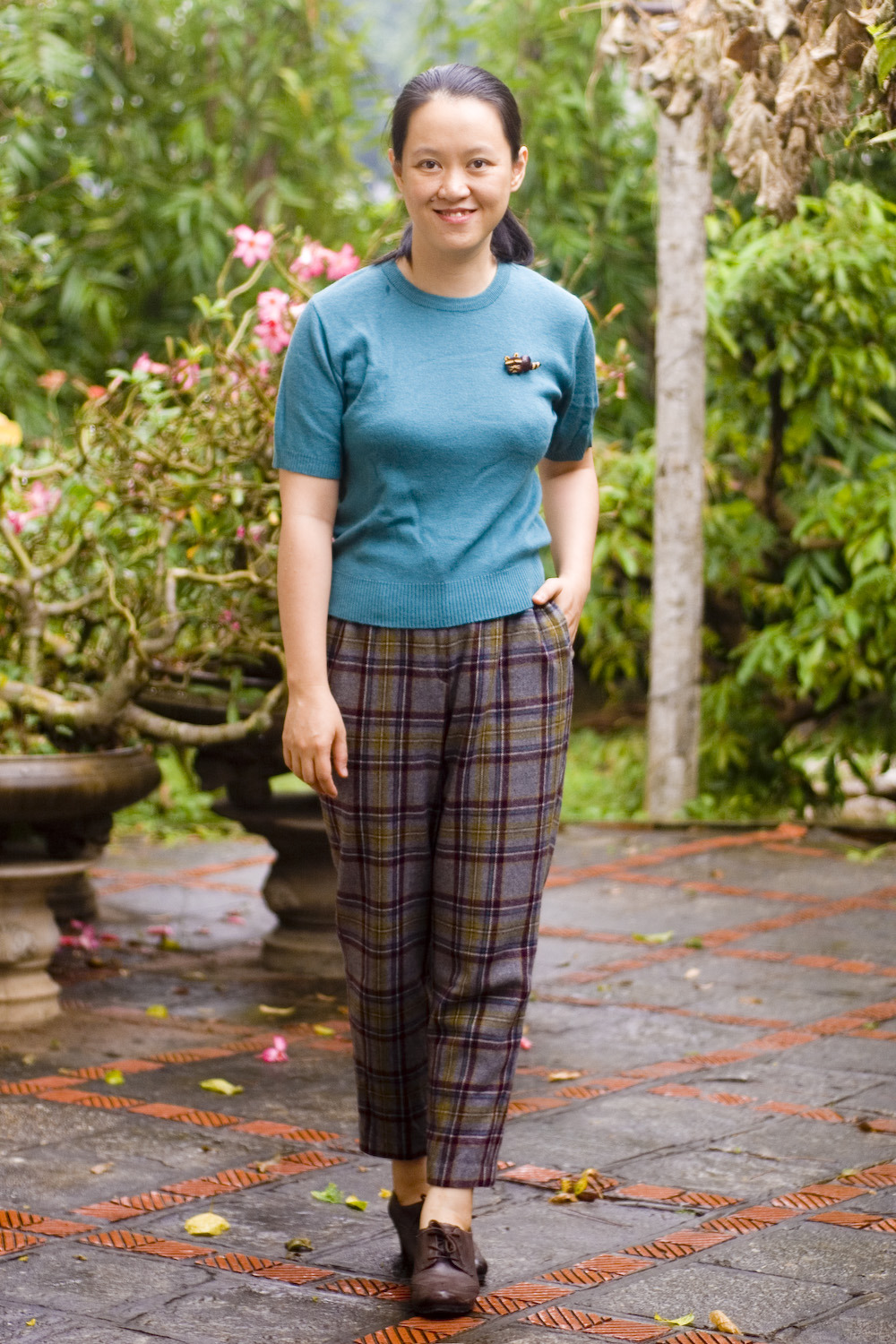 This is actually an old outfit that I uncovered while going through my archive. Somehow it got lost in the shuffle. I’ve noticed that happening more lately, not just with my blogging (forgetting to schedule posts or even forgetting to post altogether), but also in my work. Before, I used to be able to read a couple of screenplays a day and still find time to write a little at night, but now, I’ll be lucky if I can manage one screenplay a day. If I’m writing (even if it’s just fan fiction, nothing serious), I can’t do anything else until I’m finished with it. And when it comes to blogging, I have to set aside a whole day to write and schedule posts beforehand, or I’ll forget to do them. I think it’s less about my mind losing its elasticity but more about my habit of multi-tasking catching up with me. I guess that’s why they say you shouldn’t multi-task. 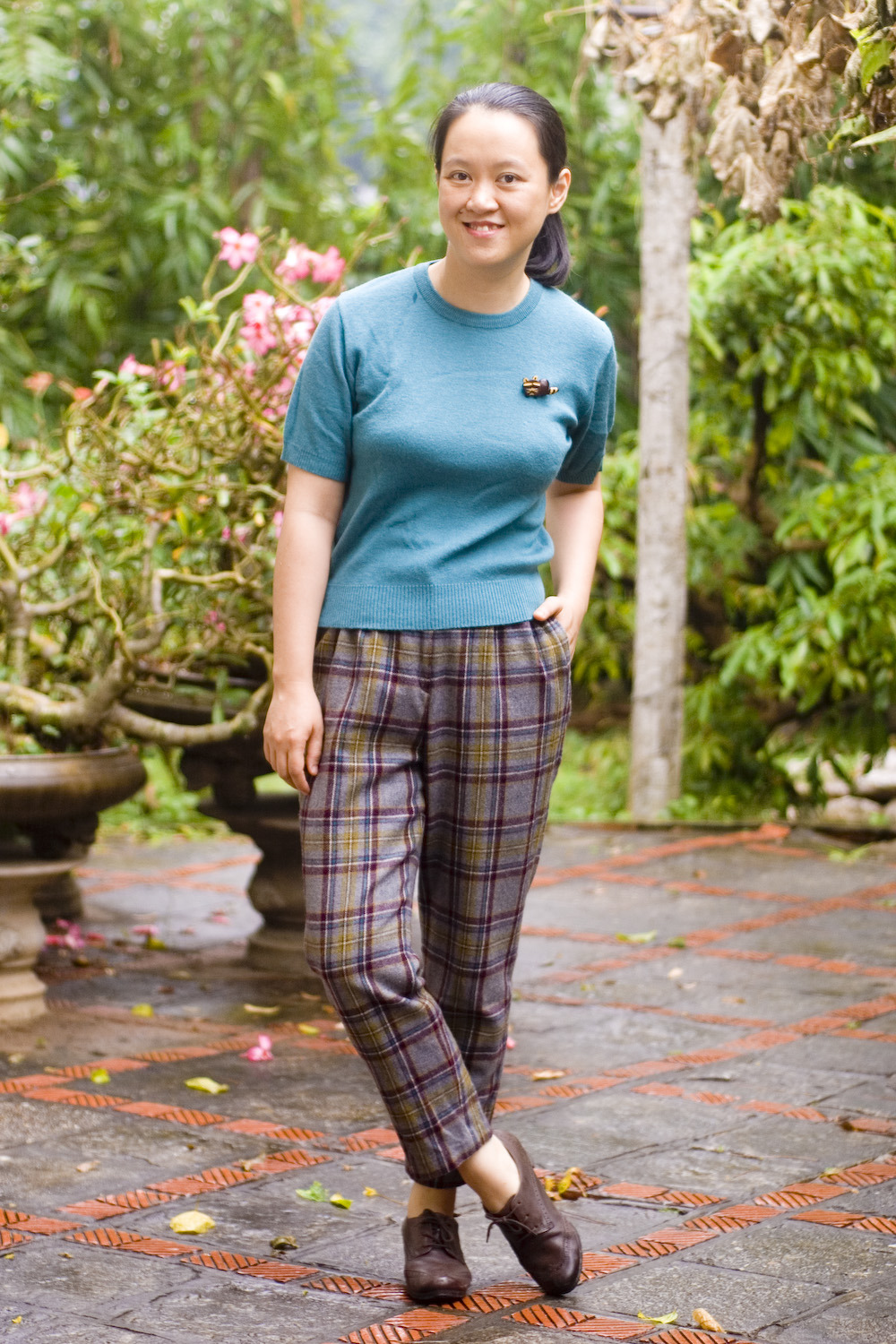 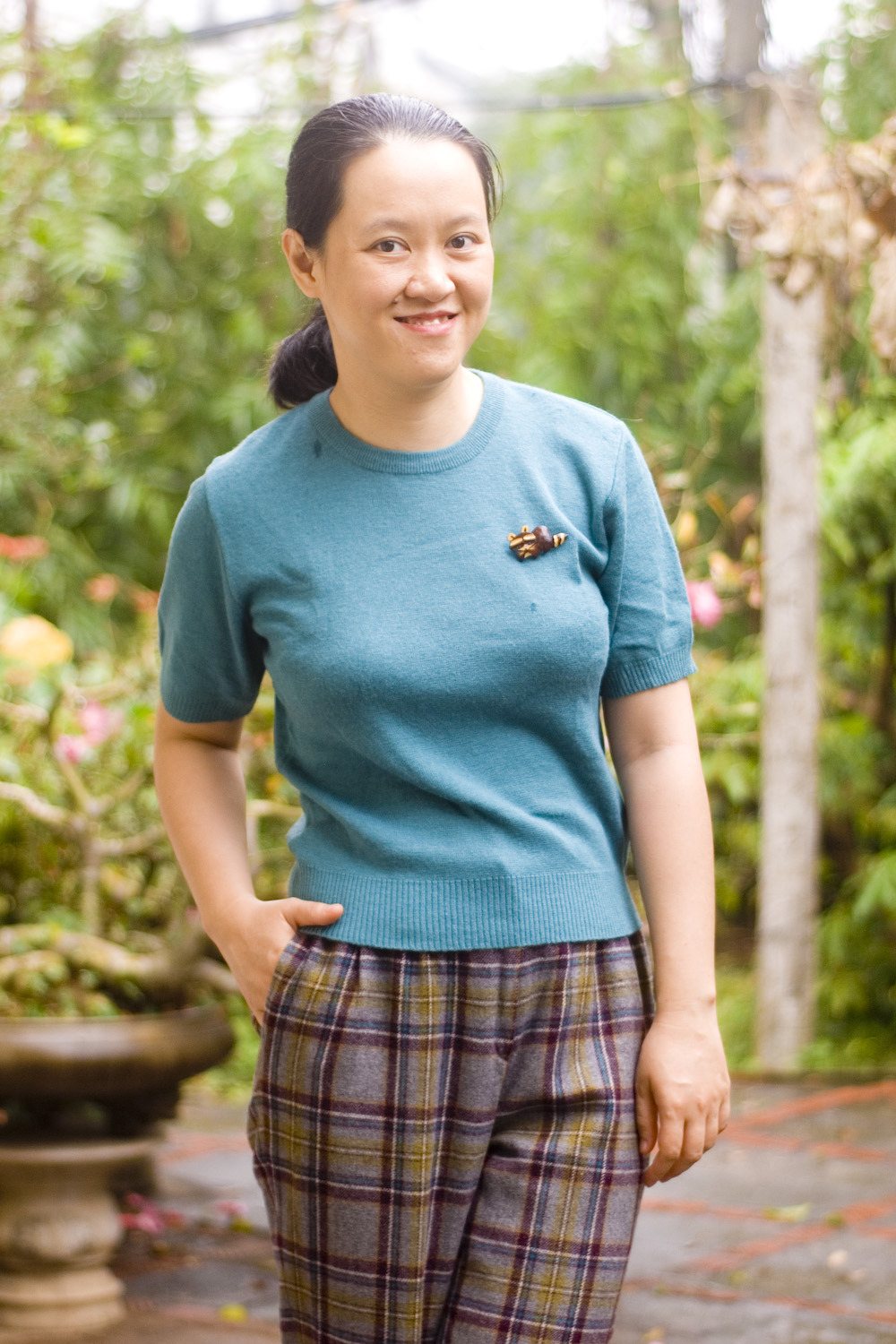 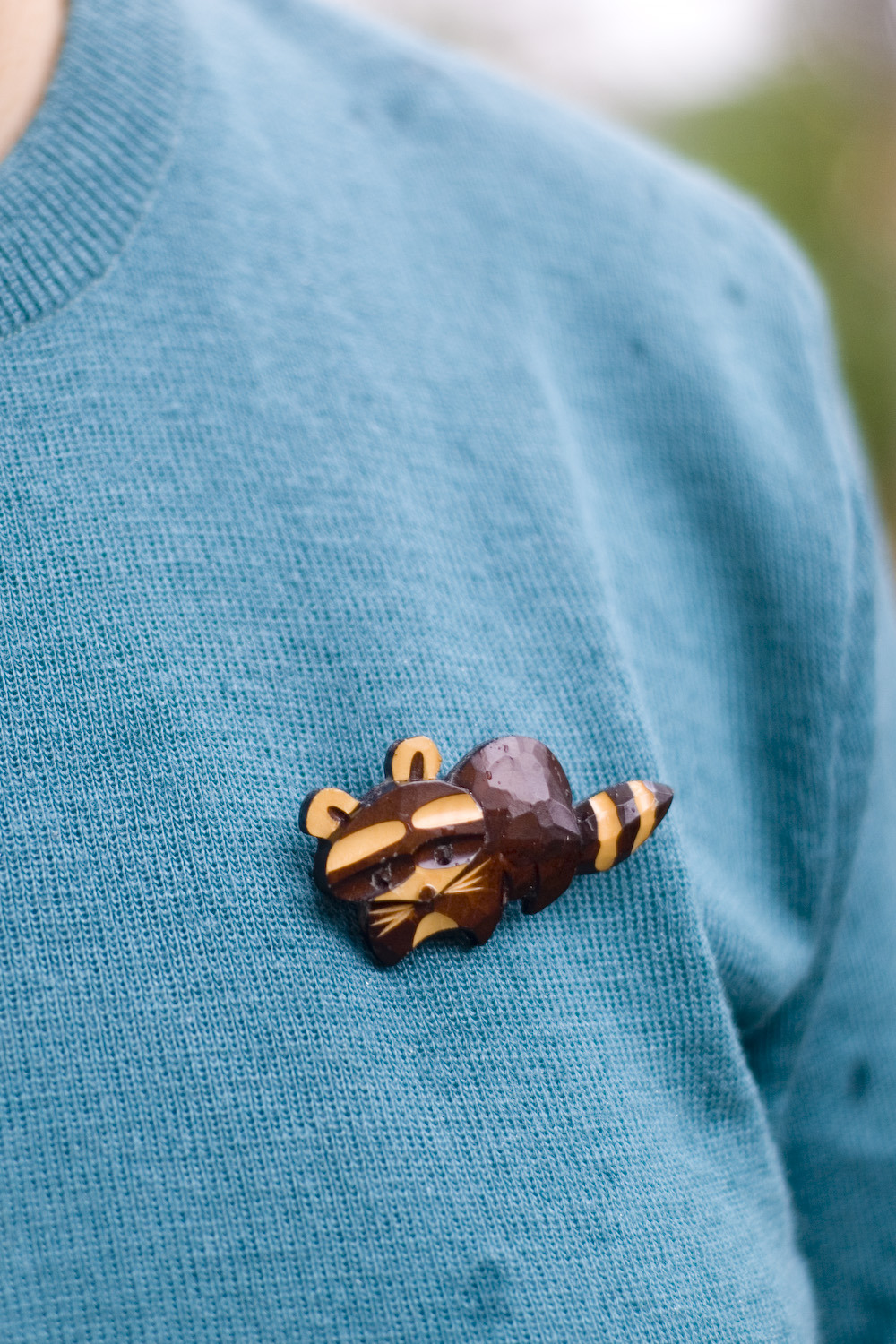 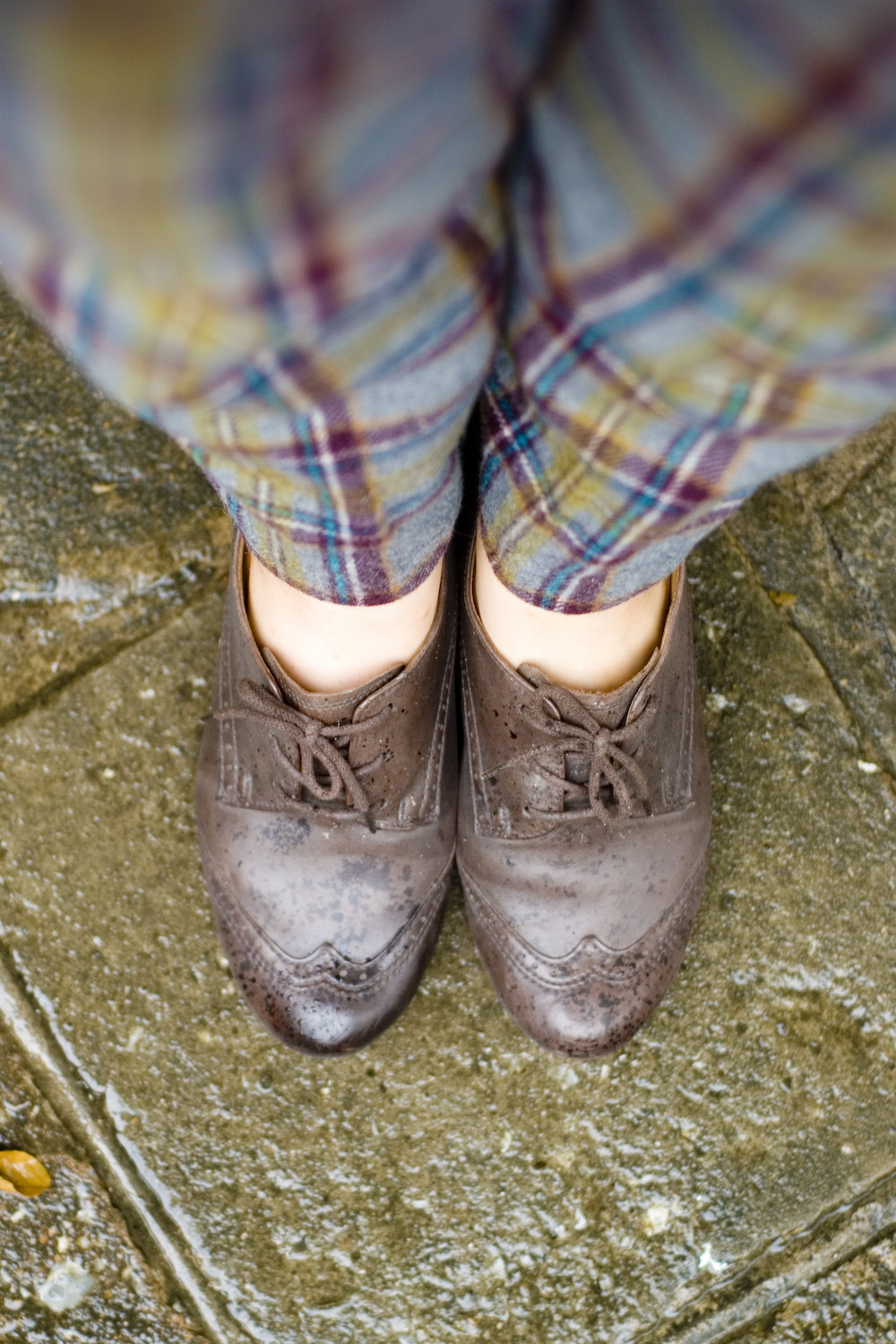 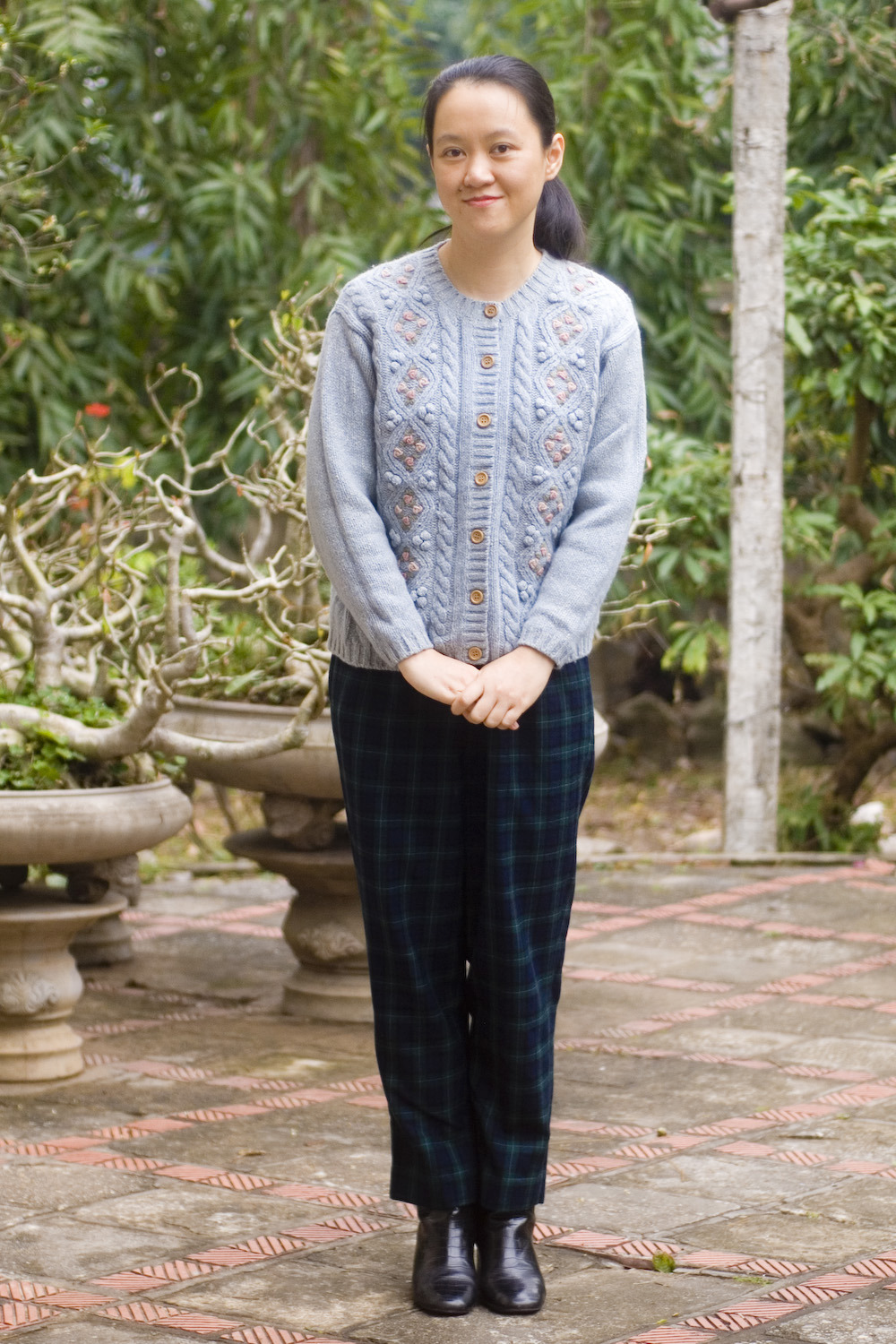 I had an outfit all figured out for this week’s SIA, inspired by Lucien Freud’s portrait of the late Queen Elizabeth II – something gray, something blue, something sparkly, bam, done. However, a change in the weather forced me to rethink the whole thing, so this is what I ended up with instead. There’s not a lot of gray, but I think my cardigan is still a good interpretation of the painting because it brings the texture to the outfit (something my original outfit doesn’t have; I was only going for the colors), like the texture of the oil paint, and the pattern can be seen as a nod to the design of the Queen’s tiara as well. So it may not be the outfit I’d planned, but an outfit I’m happy with. 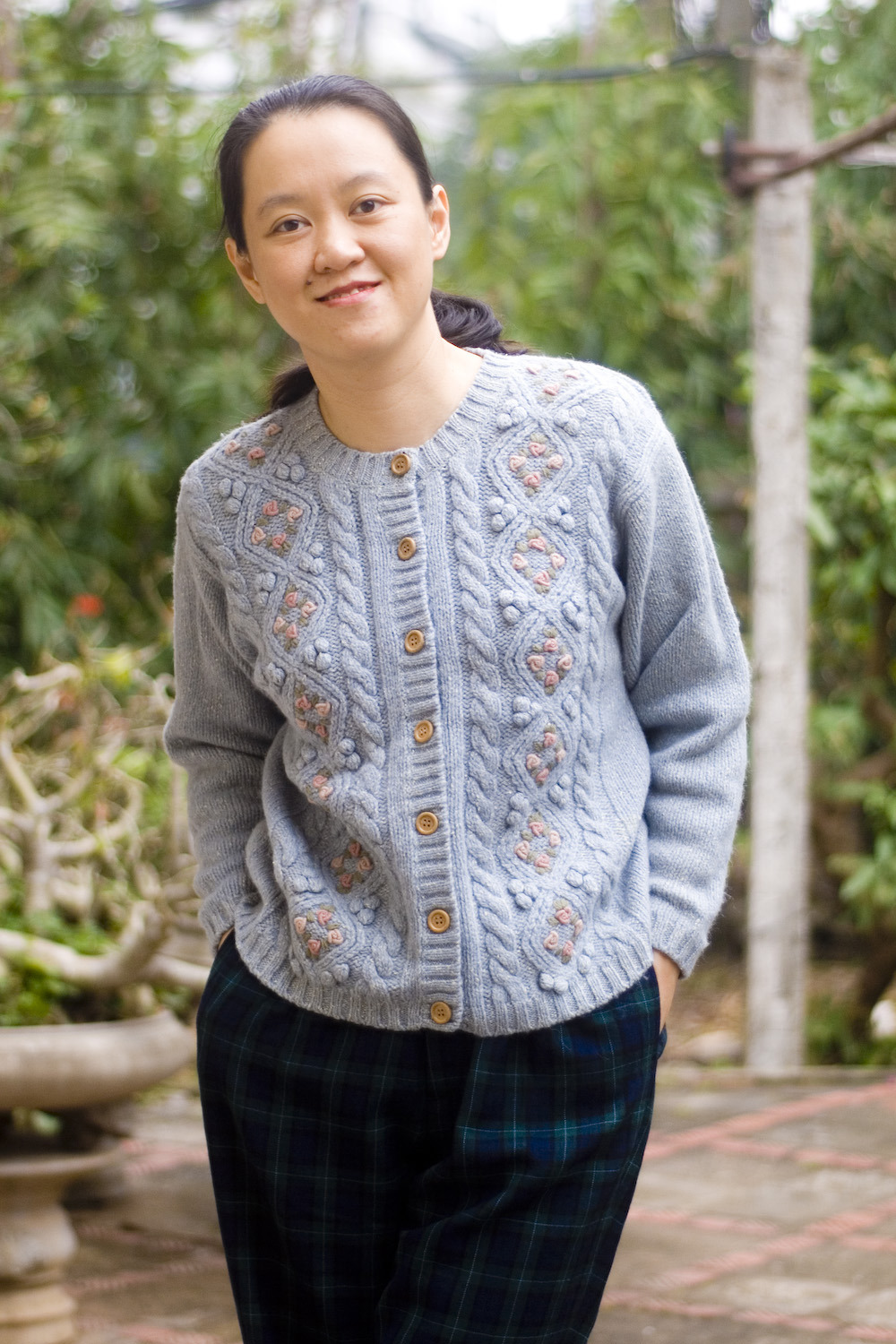 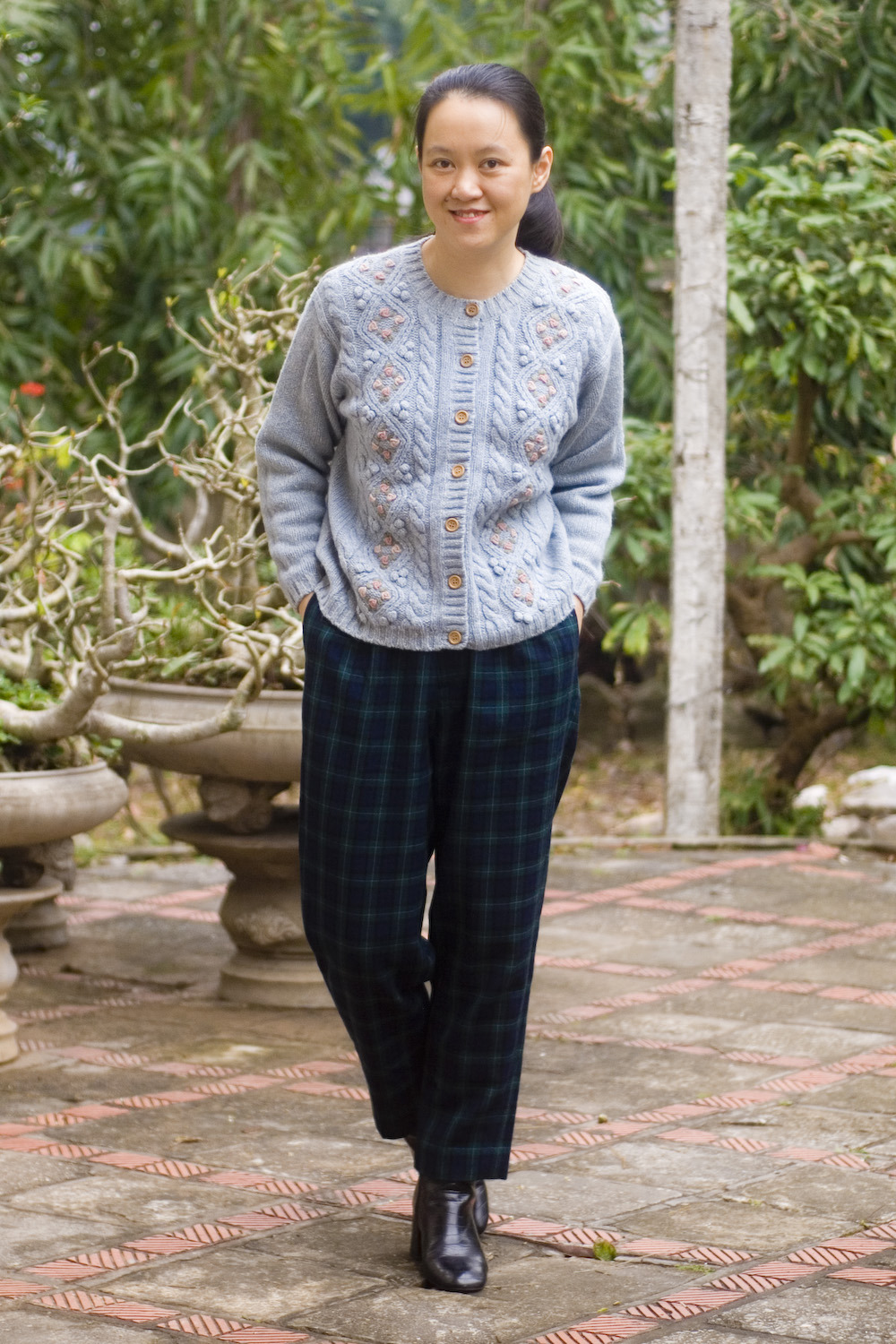 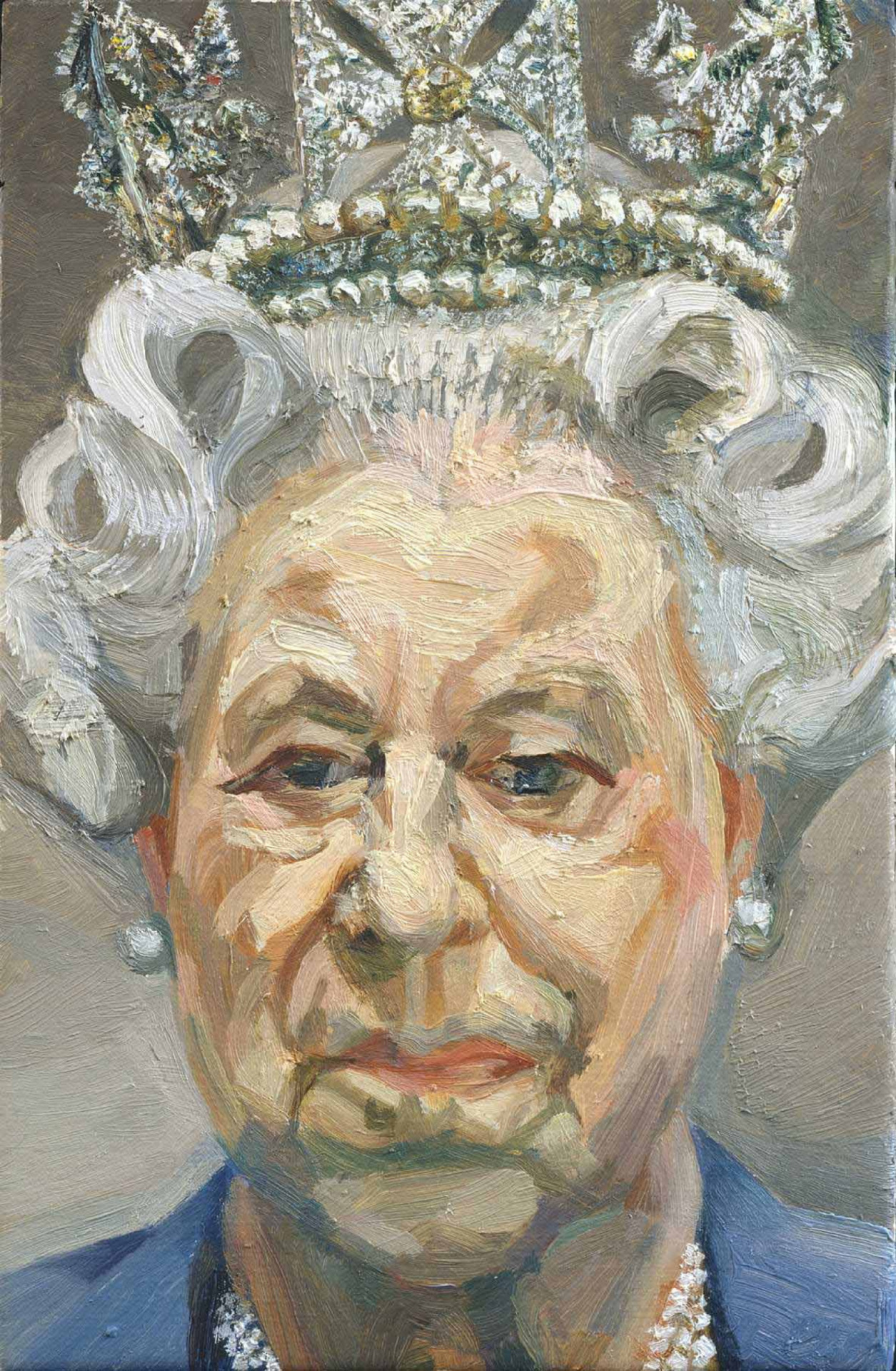 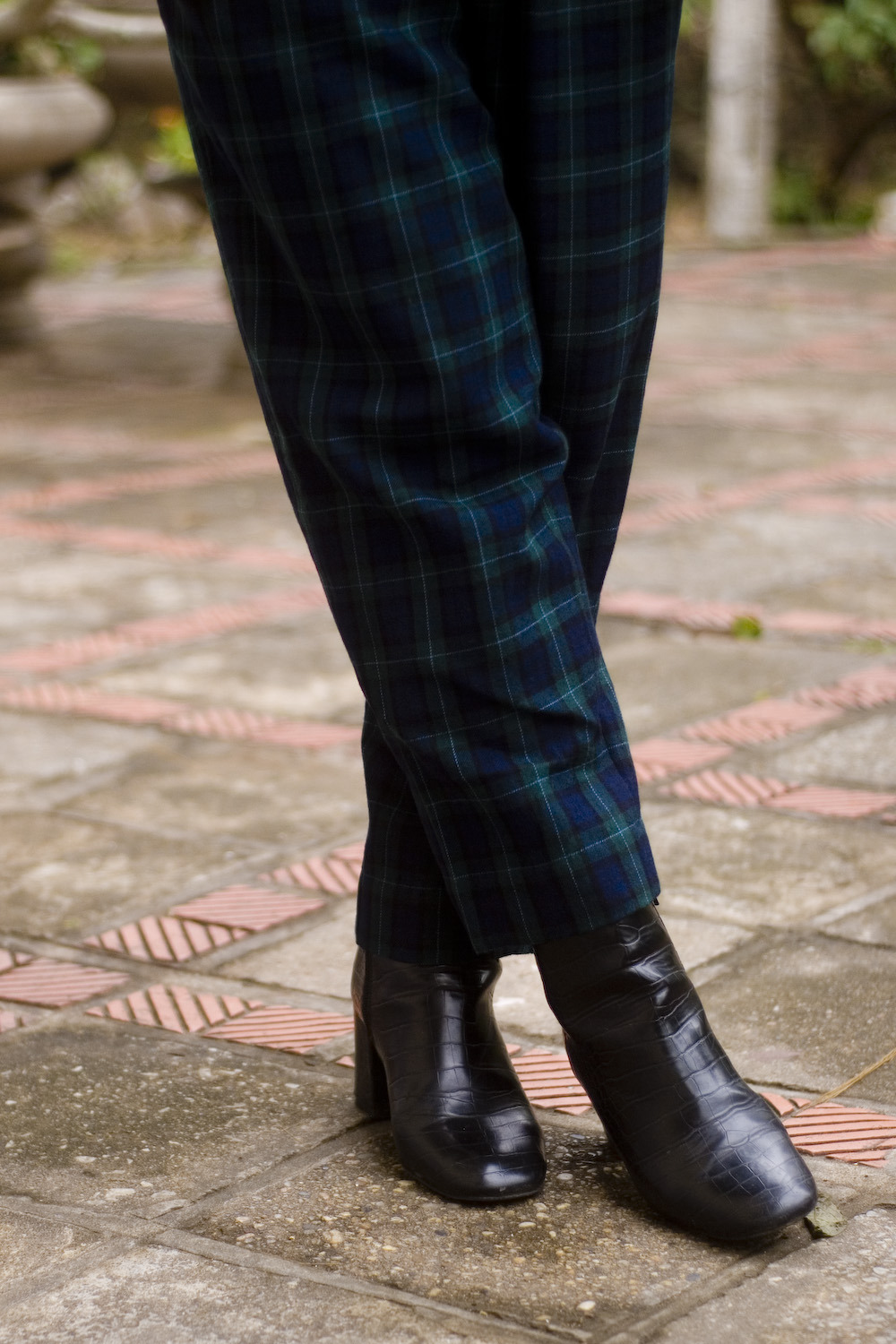 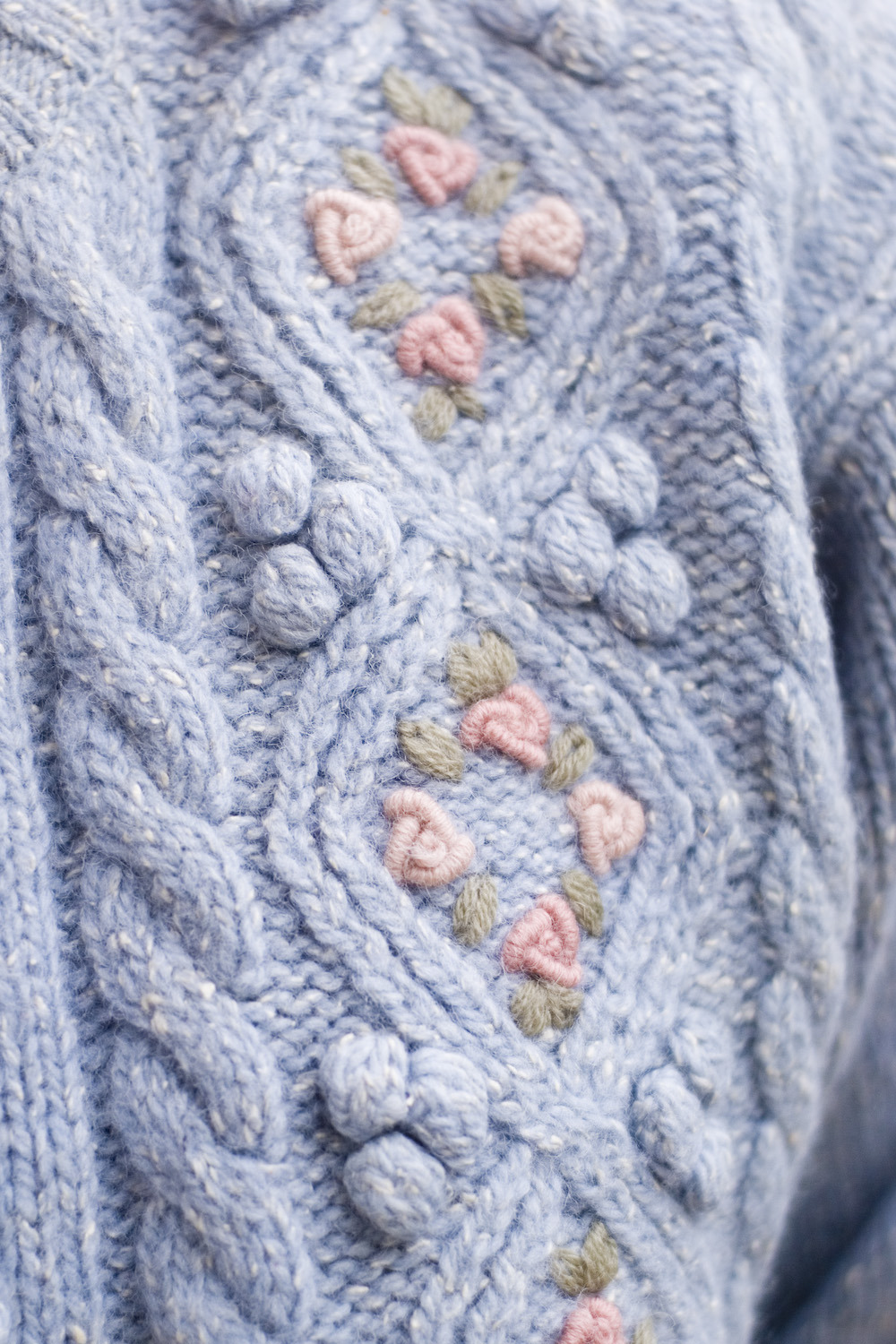 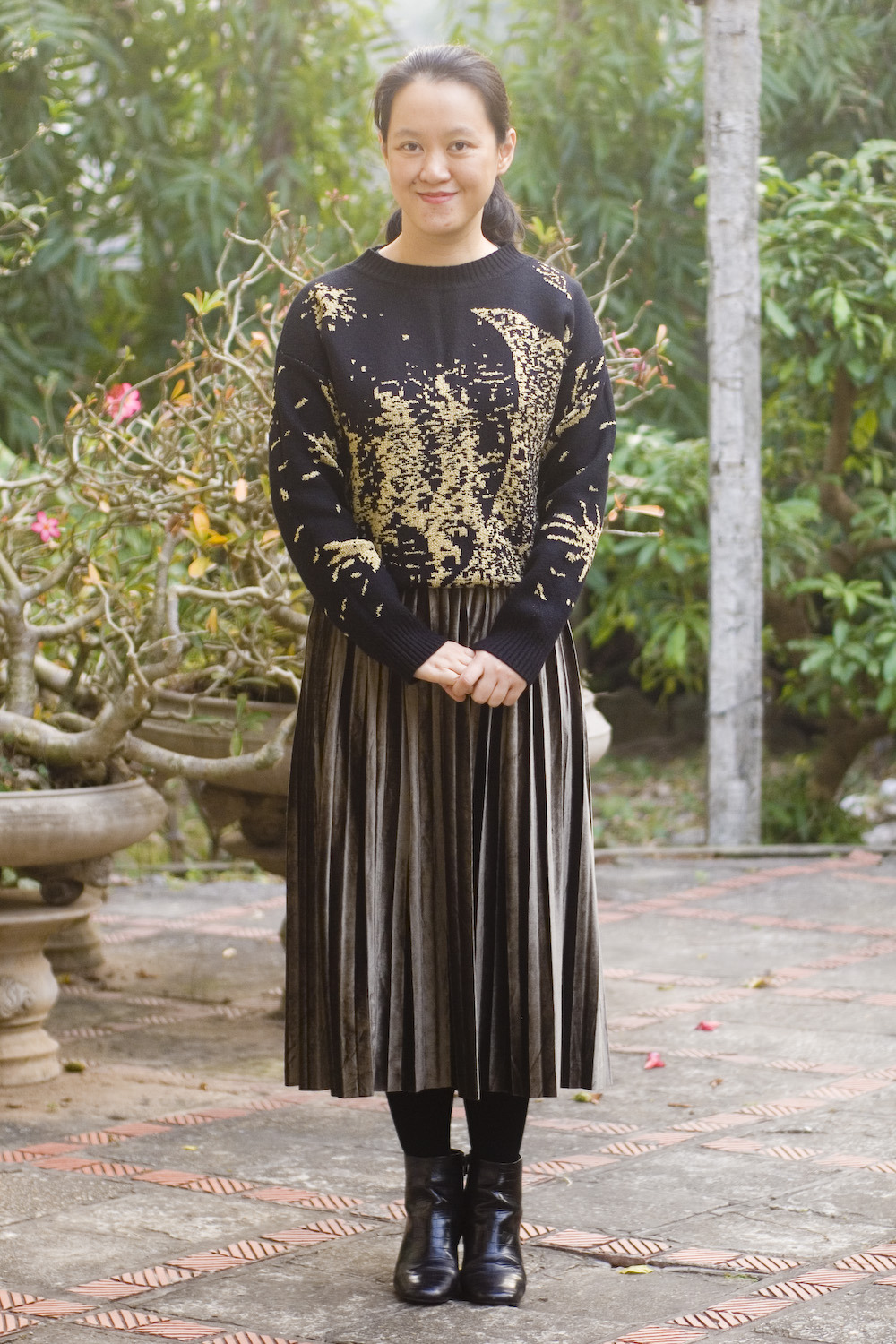 This is what I wore to my department’s Lunar New Year party (we usually have the party after celebrating with our families, not before.) I knew I wanted something sparkly and festive but still comfy (gotta have room for all the party food!), so in the end, I went with this sweater and skirt combo. I like that the skirt has a slight metallic sheen to it that complements the sparkles of the sweater, but it’s subdued enough so they don’t compete with each other. I’d once considered getting this style of skirt in every color under the sun, including metallic gold, but now I’m glad I didn’t. It would’ve been too difficult to style. 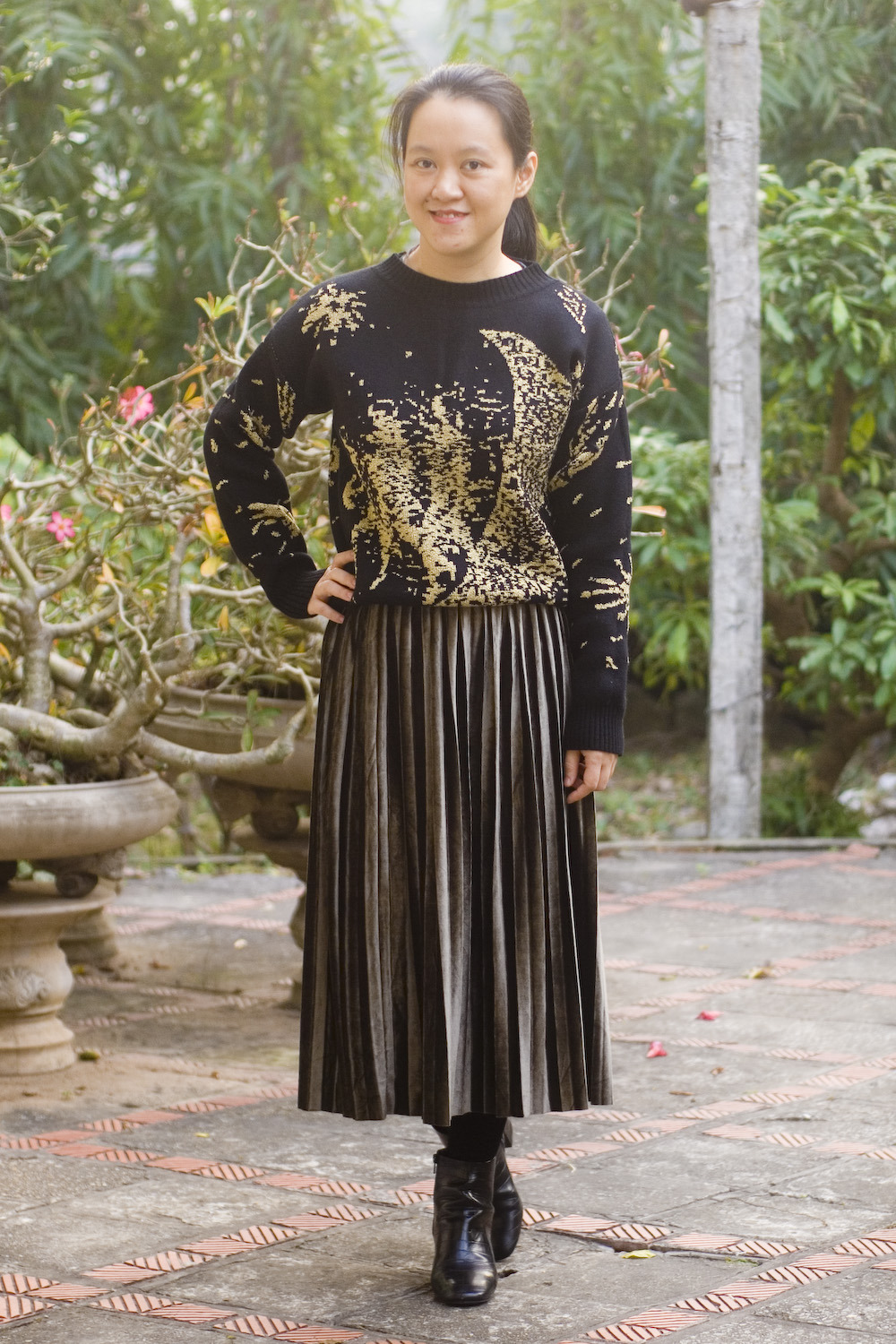 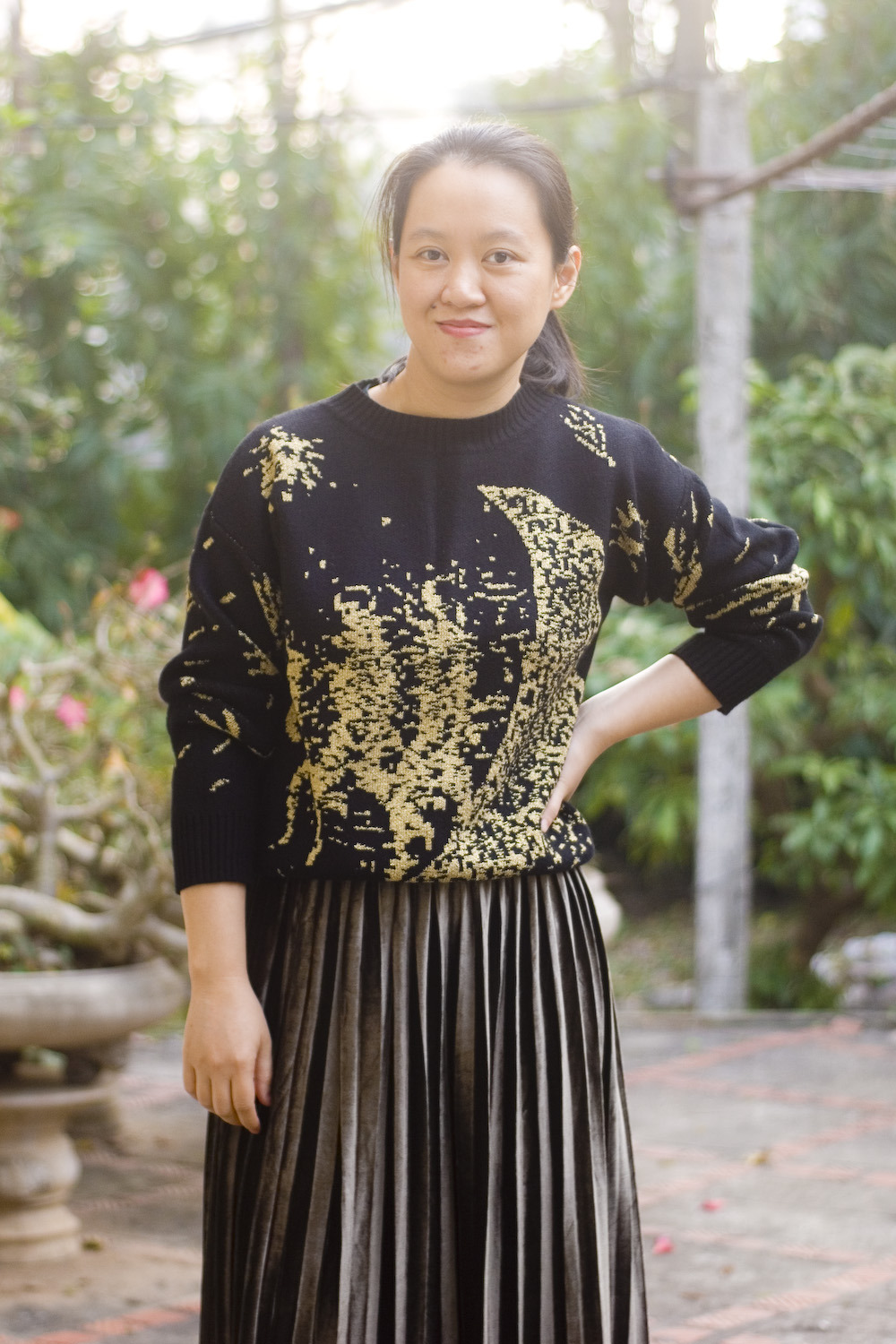 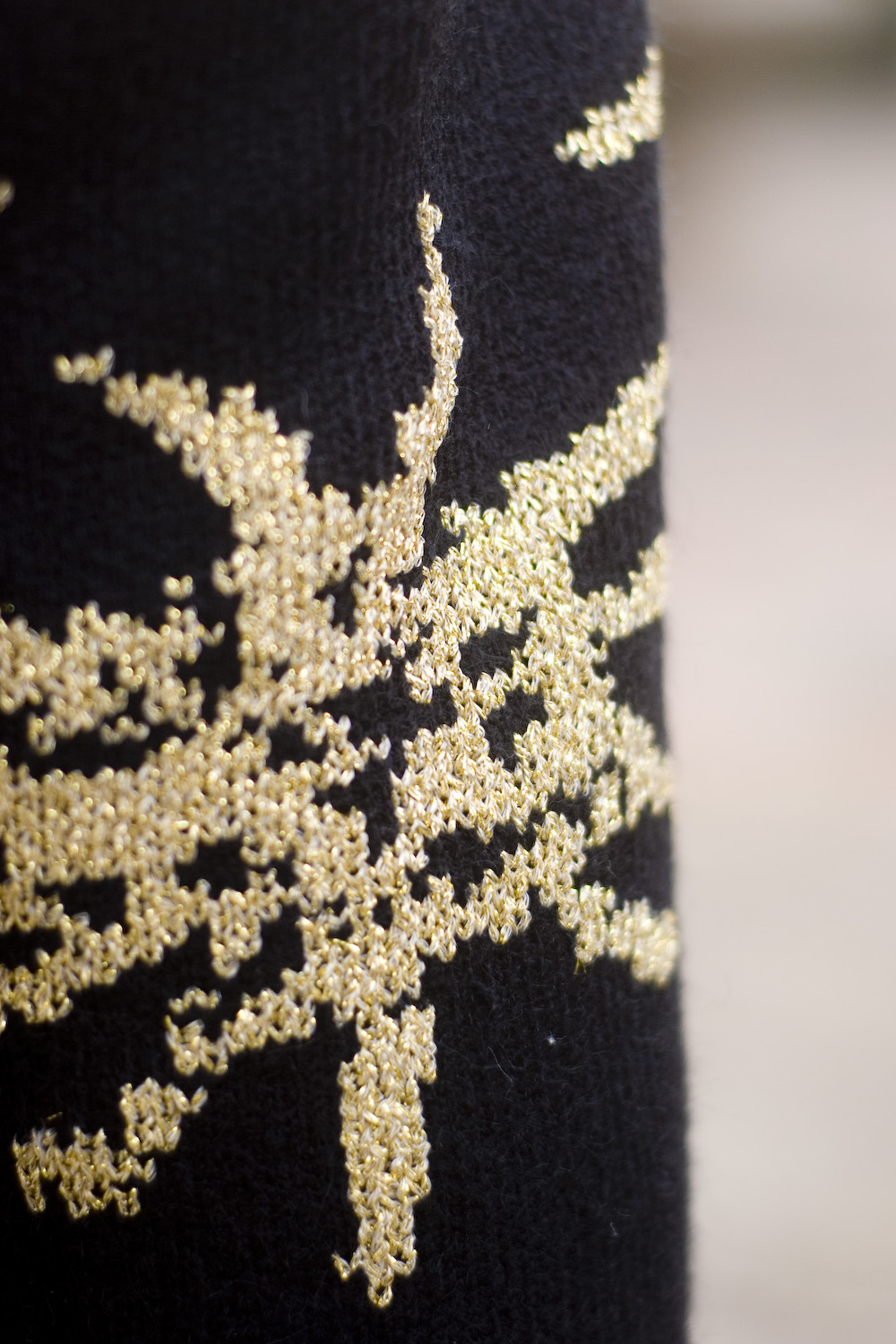 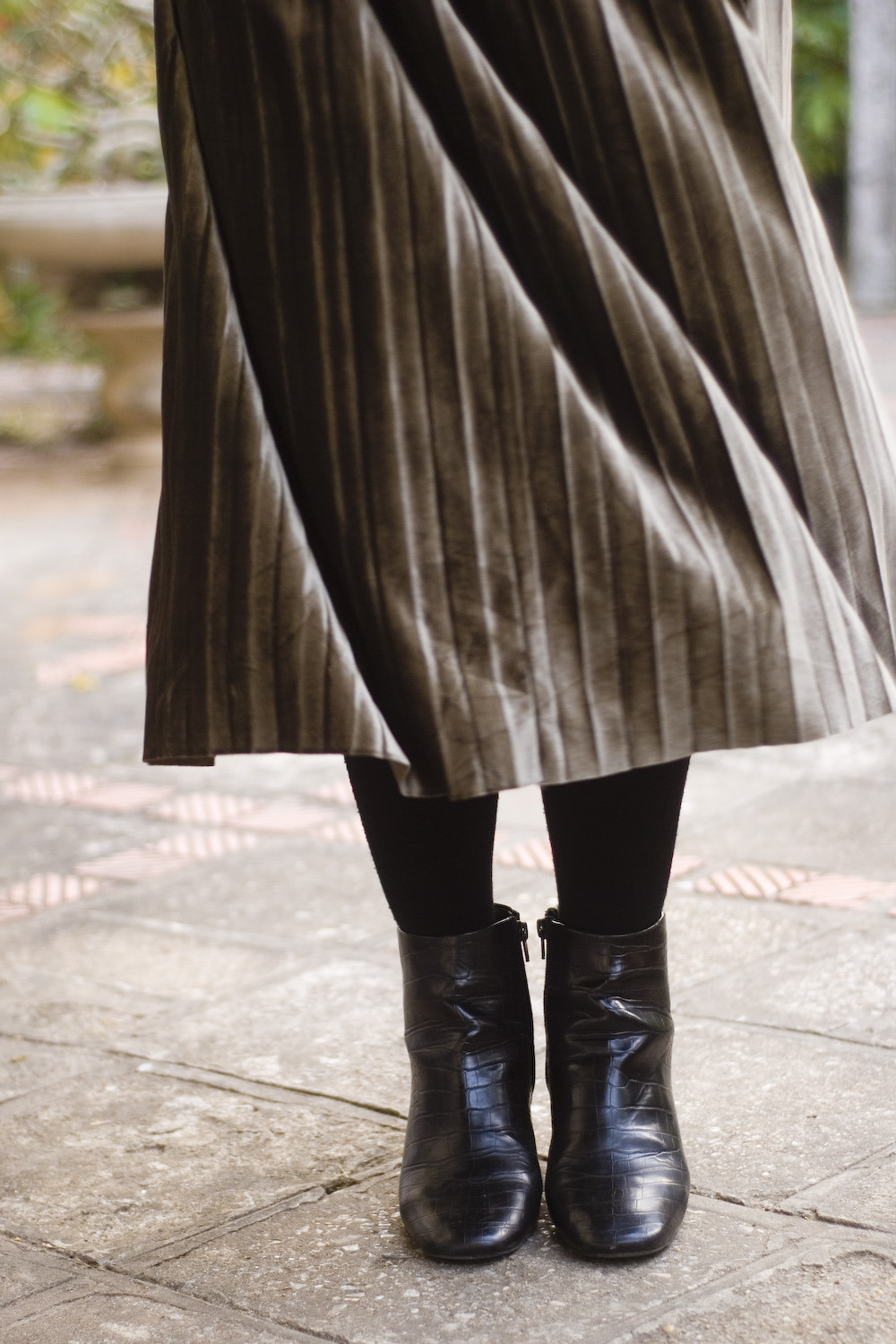 Despite being on break, I didn’t read as much as I’d like, but that’s OK, because I’ve been writing a lot. Anyway, here are my book of January: 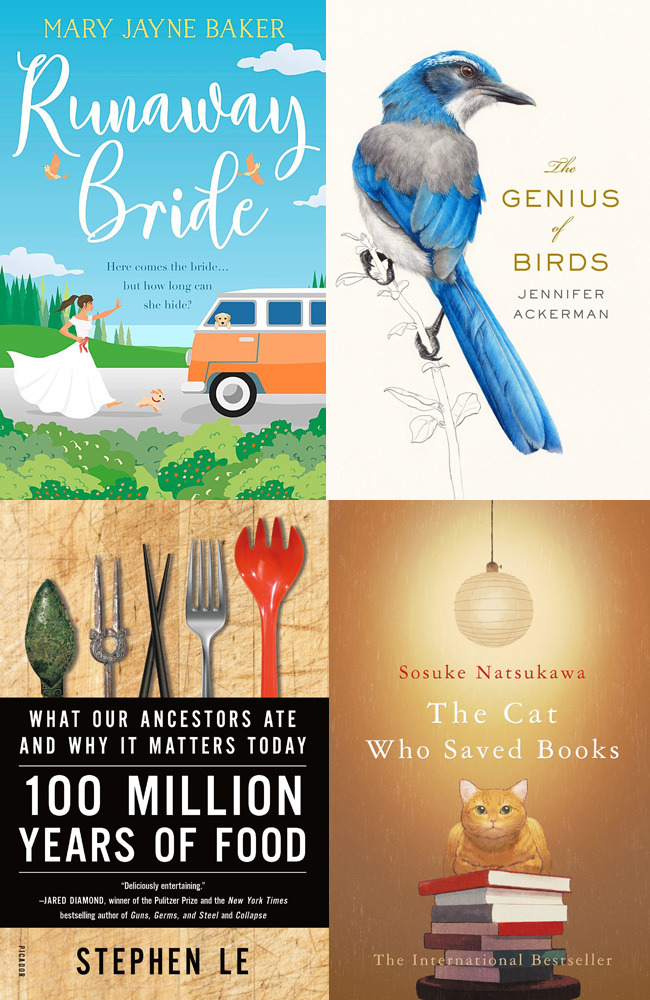 The first half of January is still a busy time for me (it doesn’t help that the Lunar New Year comes so soon this year) so I opted for a pure fluff book to start. Last year, I quite enjoyed Mary Jayne Baker’s “A Bicycle Made for Two”, especially its description of the Yorkshire Dales, so I went with another book of hers. The story itself is pretty predictable – a young woman flees from her wedding after catching her new husband cheating, gets picked up by an itinerant widower/children’s book author, and sparks fly, yadda yadda yadda. The romance is cute enough, I guess, though the author relies a lot on dogs and kids to deliver the cuteness, and I appreciate the attempt to tackle some heavy issues such as emotional abuse and grief. My main complaint though, is that the last 1/3 of the book is so filled with all of the most eye roll-inducing soap opera tropes you can think of (honestly, I was expecting a character to have faked their death!), that it completely took me out of the story. 1.5/5

The Genius of Birds by Jennifer Ackerman:

The romance book annoyed me so much that I had to find a non-fiction book to cleanse my palate. Plus, I’ve read plenty of non-fiction about nature over the past few years, but not one about birds. It is as fascinating as I thought it would be – the book discusses different types of intelligence (using tool, social intelligence, navigational skills, etc.) and shows that perhaps the intelligence of birds (and other non-human animals) shouldn’t be measured by human standards. I also enjoy the lovely descriptions of the author’s own travels and observations; I wish there were more of those. 4.5/5

I think one of my favorite genres of non-fiction is historical anthropology, or books about how people used to live in the past, so when I picked this up, I expected it to be about the eating habits of our ancestors and how those have changed over time. And while it does contain that, to a certain extent, it is more of a book on food science and nutrition than a book about food history. Further, I don’t know if it’s the quality of the translation (I read the Vietnamese edition) or the book itself, but I can’t quite figure out what the author was trying to say, or rather, even when his points are summed up at the end of the book, I’m not quite convinced. I find the anecdotes about the author’s own food experiences (such as eating insects in Saigon) the most interesting; unfortunately, there aren’t many of those. 2/5

The Cat Who Saved Books by Sosuke Natsukawa:

It’s the Year of the Cat, so of course I had to end the month with a book about a cat (and books!) The premise seems right up my alley: a teenage boy, whose grandfather recently passed away, is about to close their secondhand bookshop when a strange talking cat appears and asks for his help to save books from those who are misusing them. Sounds great, right? But the story just doesn’t click with me. It’s too allegorical and too preachy. I don’t mind symbolism and allegories in books, but they must be woven into a good story first. 2/5 (and that’s only because there are some cute scenes with the titular cat.)