On the second day of our Iceland road trip, we drove back toward the east and headed for Þingvellir (or Thingvellir, as its anglicized name) National Park. This is where the rift between the North American and the Eurasian tectonic plates lies, and also where Iceland’s parliament was first held, so it has both natural and historical interests. 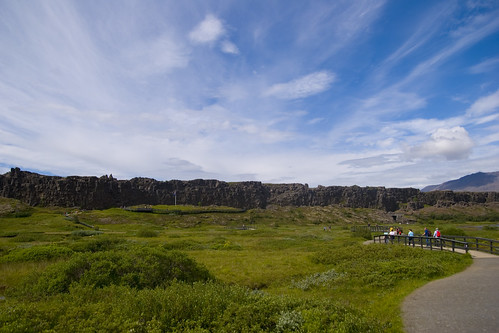 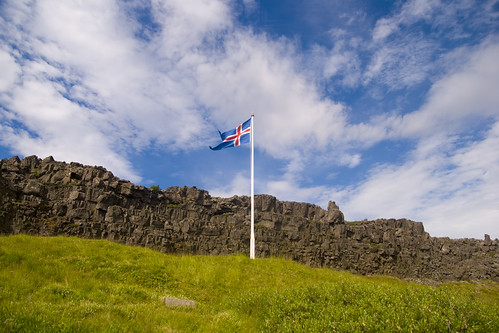 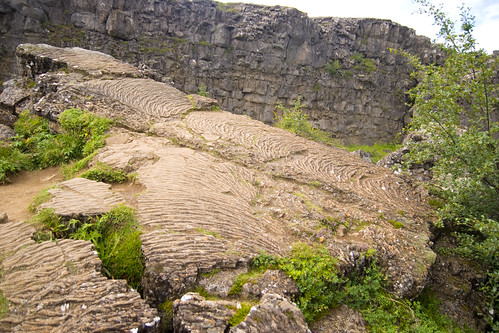 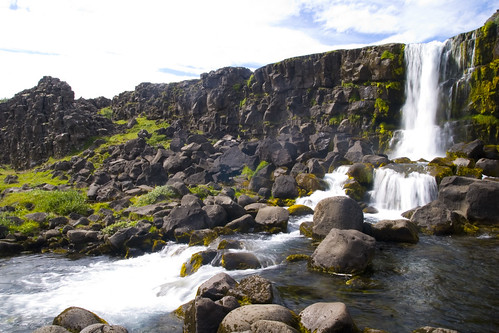 We spent half a day hiking around, had a picnic by the lake, and also filled our water bottles from Silfra, where you can dive between two continents. The water was incredibly clear, ice cold, and tasted amazing. Too bad we didn’t have the money for a diving session. 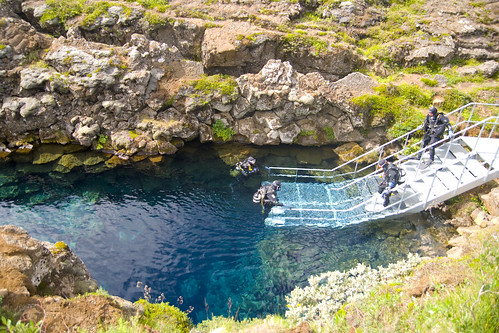 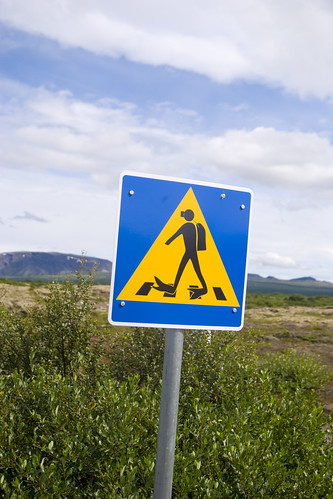 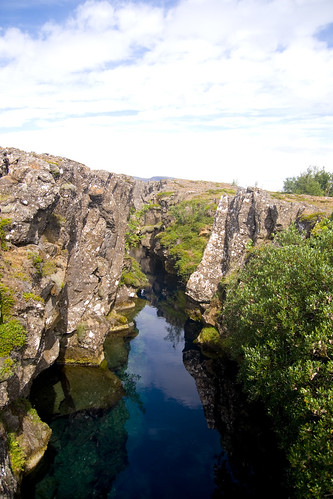 (Actually, we tried to avoid paying extra money for activities as much as possible – on the first day, we stopped at a cave by the side of the road, and promptly turned around when we learned it cost money. Still, the sights are so gorgeous that we didn’t feel like we were missing out on anything.)

In the afternoon, we drove on to Geysir, aka the thing that gave English the word “geyser”. Geysir itself has been dormant for years, but the other big one, Strokkur, did erupt quite regularly – three or four times while we were there. You just have to make sure to stand upwind to avoid getting a noseful of that rotten egg smell. 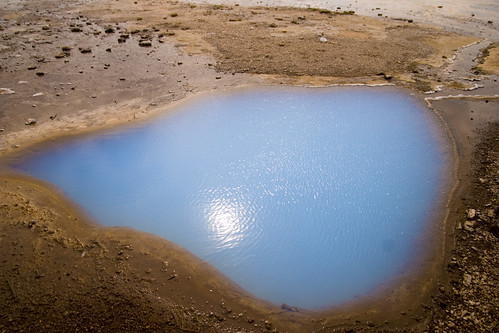 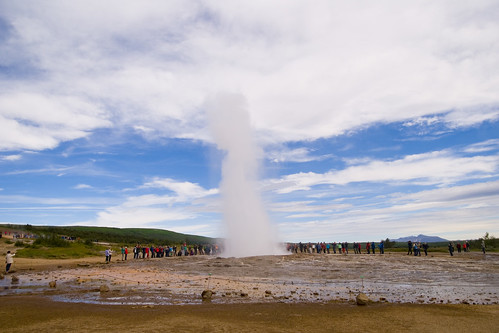 After a quick dinner at our hostel in Laugarvatn, we went to the Secret Lagoon (which is actually not that secret.) It was one of the few activities we paid for, but at 2800 krona (about $24), it’s half the price of the Blue Lagoon, a lot less crowded, and more relaxing. It was just the thing we needed after the Thingvellir hike. 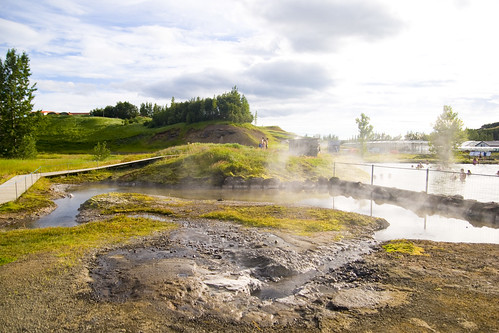