It’s my turn to host this week’s SIA challenge, and here’s my pick: 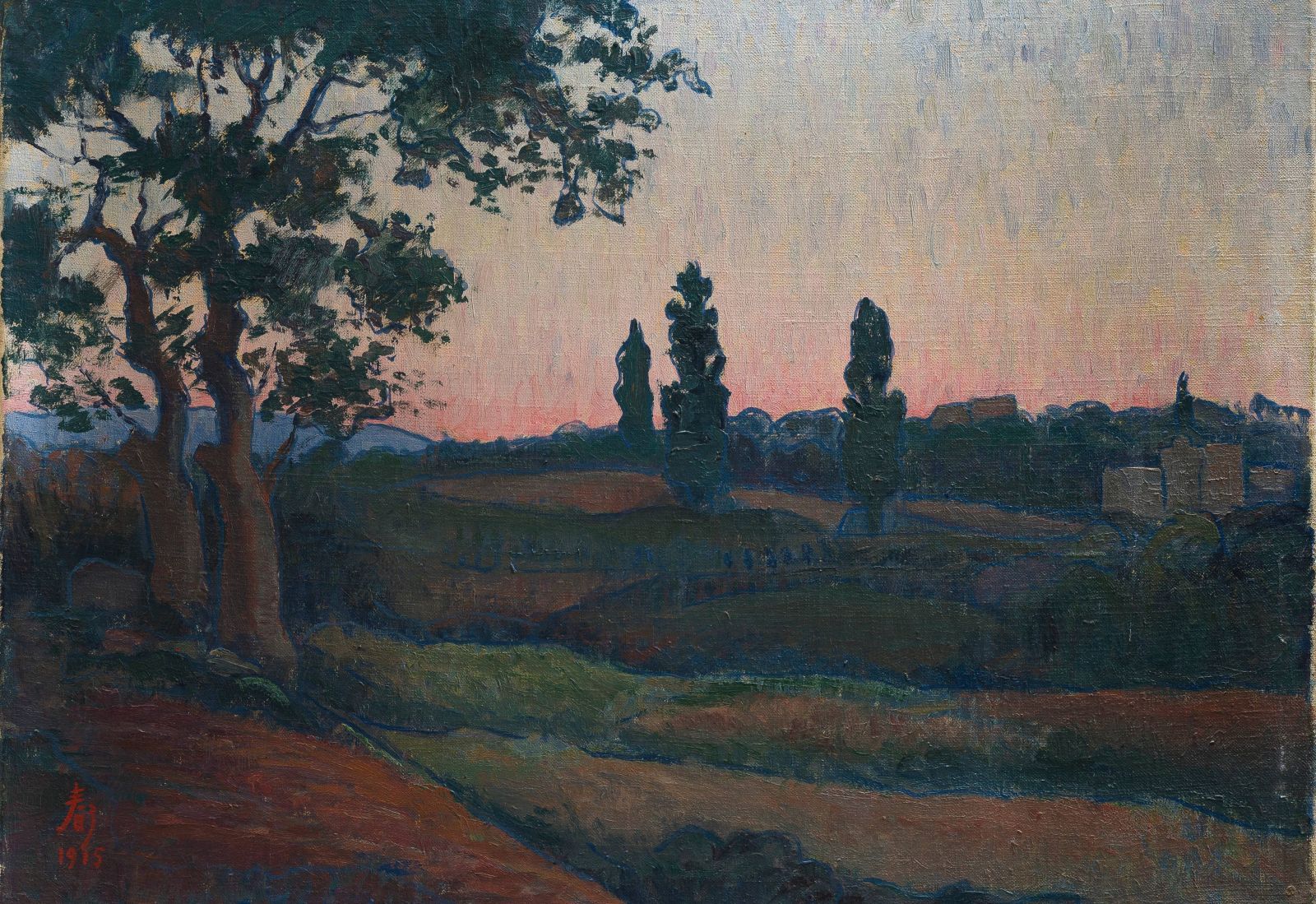 It may look like a typical Impressionistic landscape, but I picked it because of the artist more than the painting itself – this painting, “Decline of the Day”, was painted by Emperor Ham Nghi, the eighth emperor of the Nguyens, the last feudal dynasty of Vietnam. He was dethroned by the French and exiled to Algeria when he was only 16 years old for opposing to their colonial rule, and together with two other exiled kings, Thanh Thai and Duy Tan, was hailed as one of Vietnam’s freedom fighters. When in exile, Ham Nghi studied painting and sculpting (with Rodin himself) and produced many great works, but sadly, a lot of them were lost during the Algerian War. I had no idea about his artistic endeavors – if we had learned more about his life after exile in school, I would’ve probably paid more attention to the history classes! – so when I learned about them, I knew I had to feature his work in SIA.

So put together an outfit inspired by this painting and send it to me by next Tuesday, Feb 22nd. Have fun!