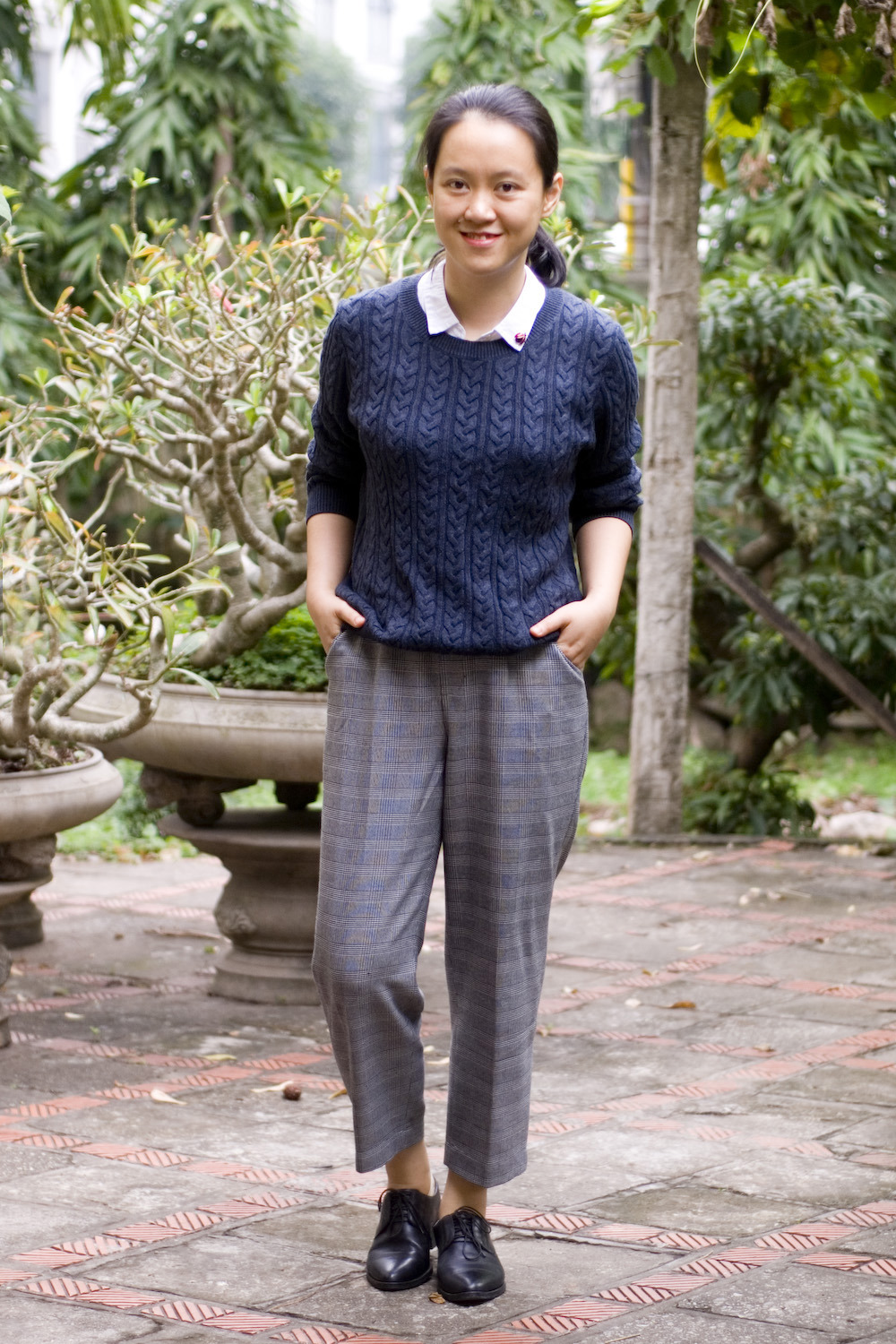 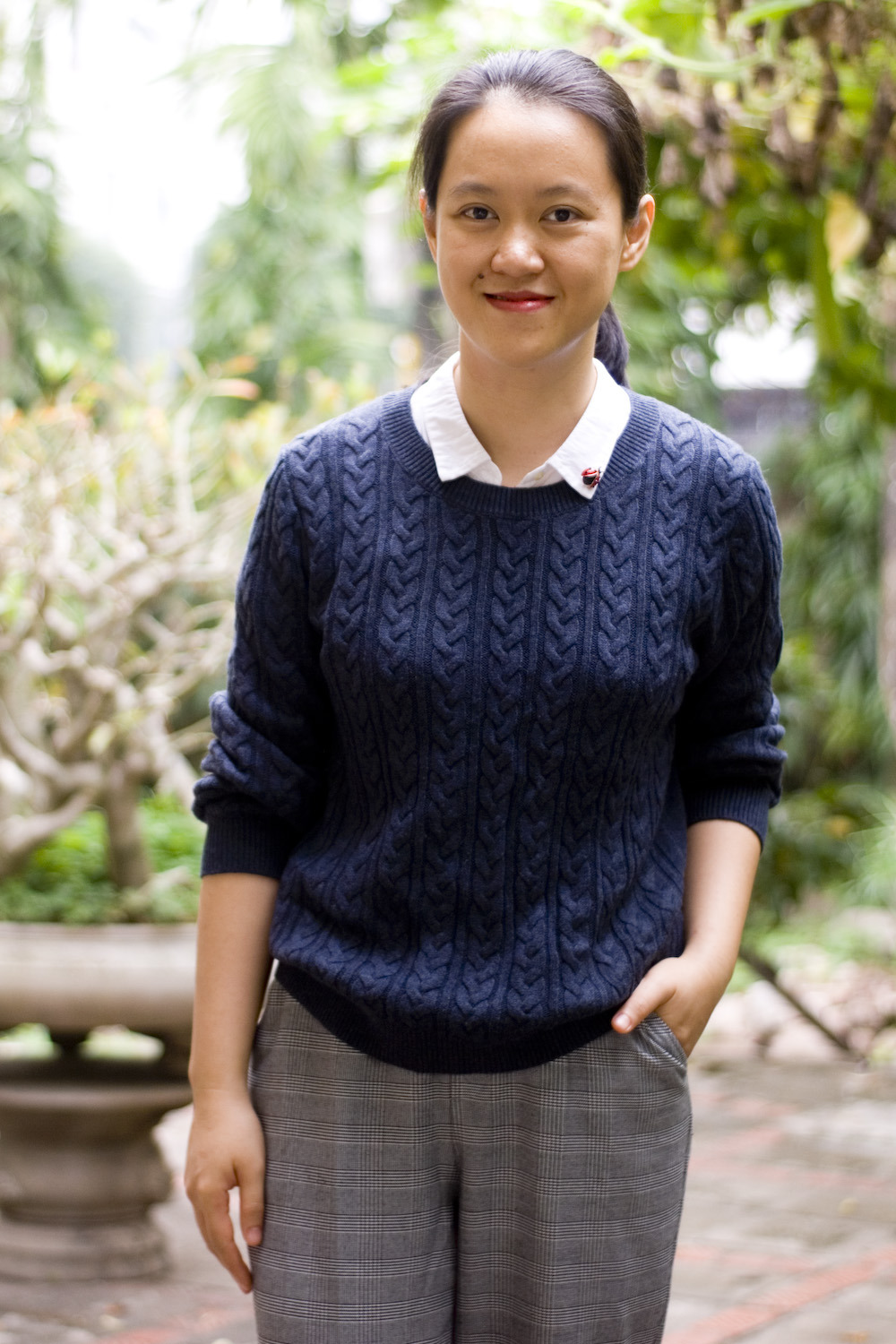 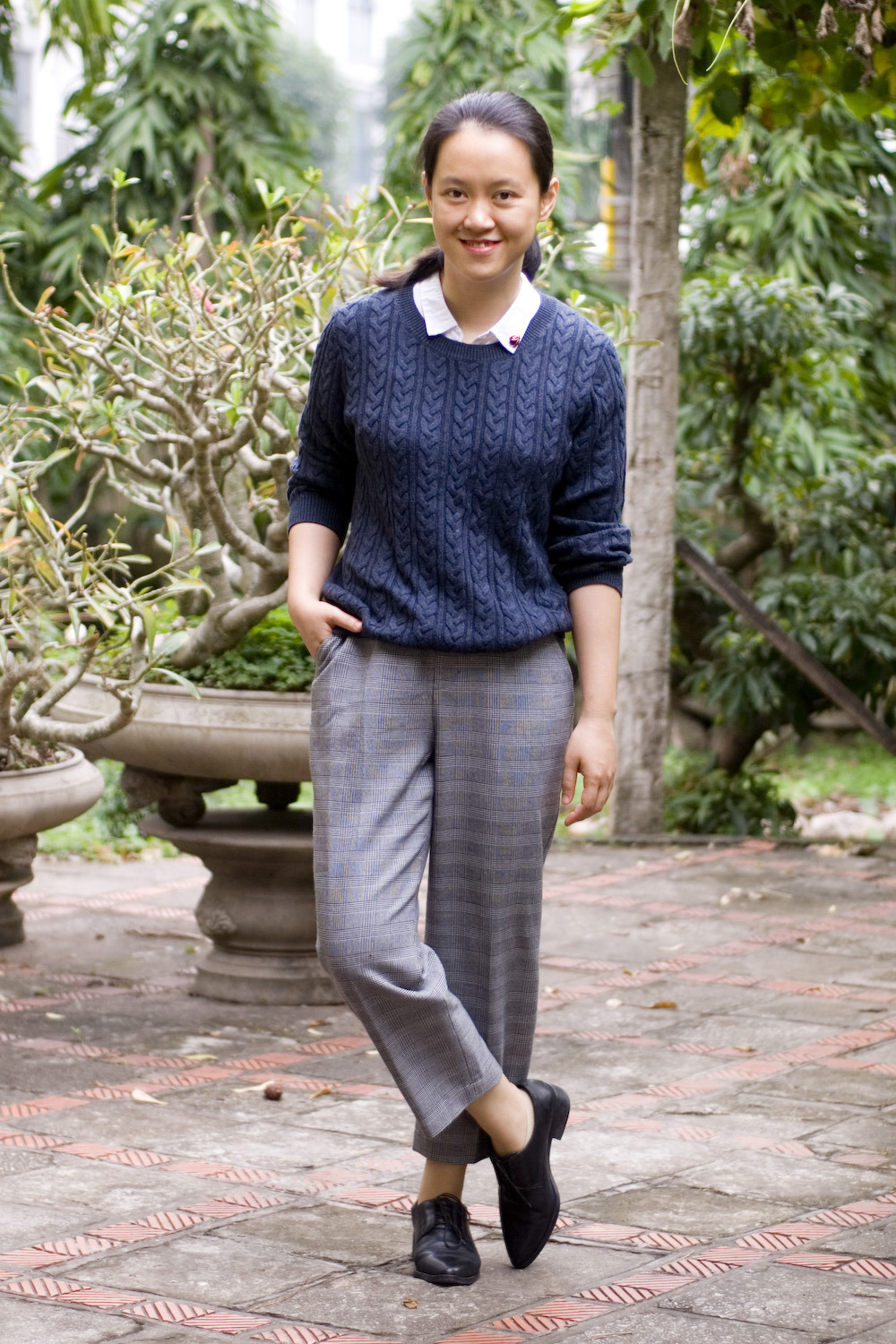 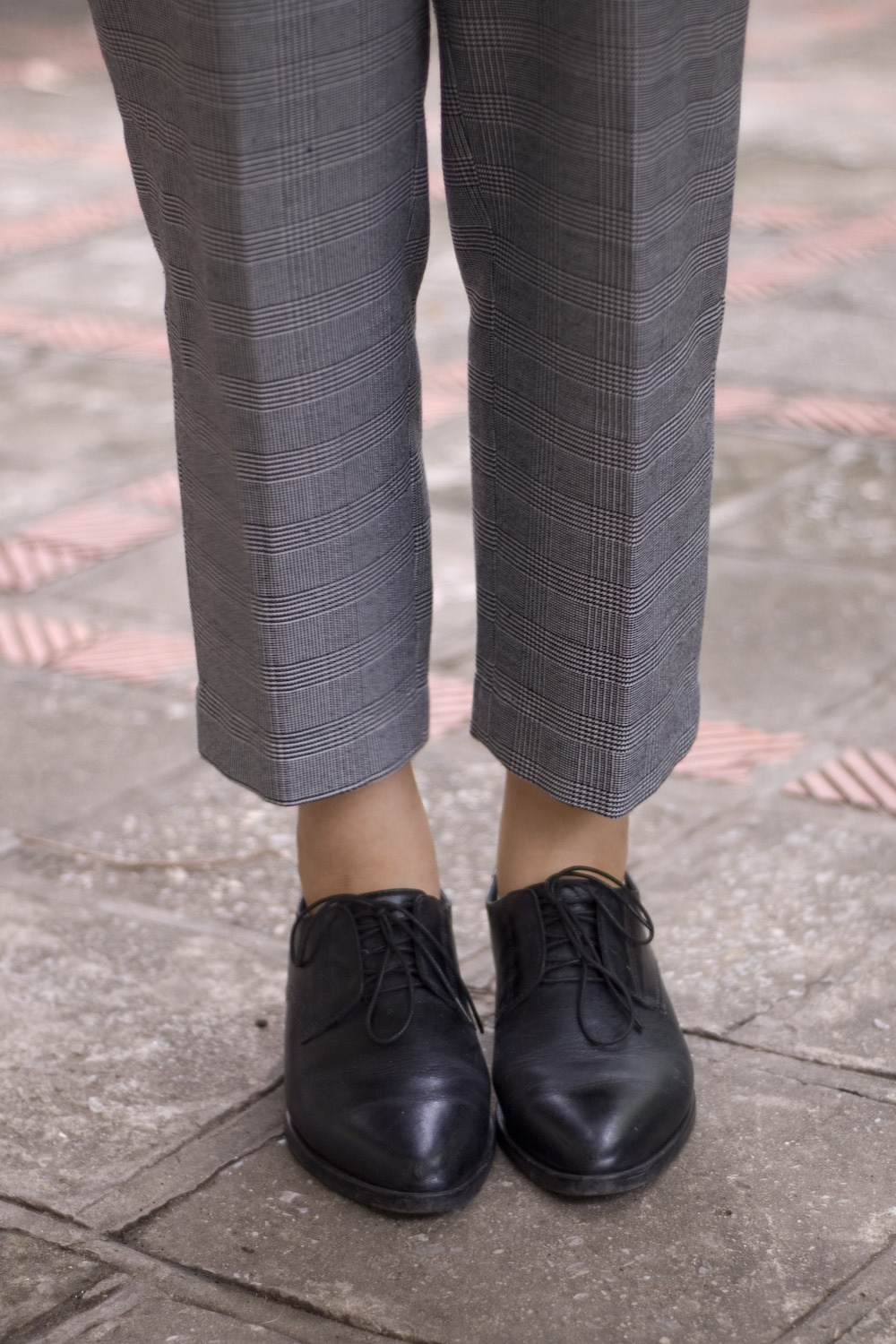 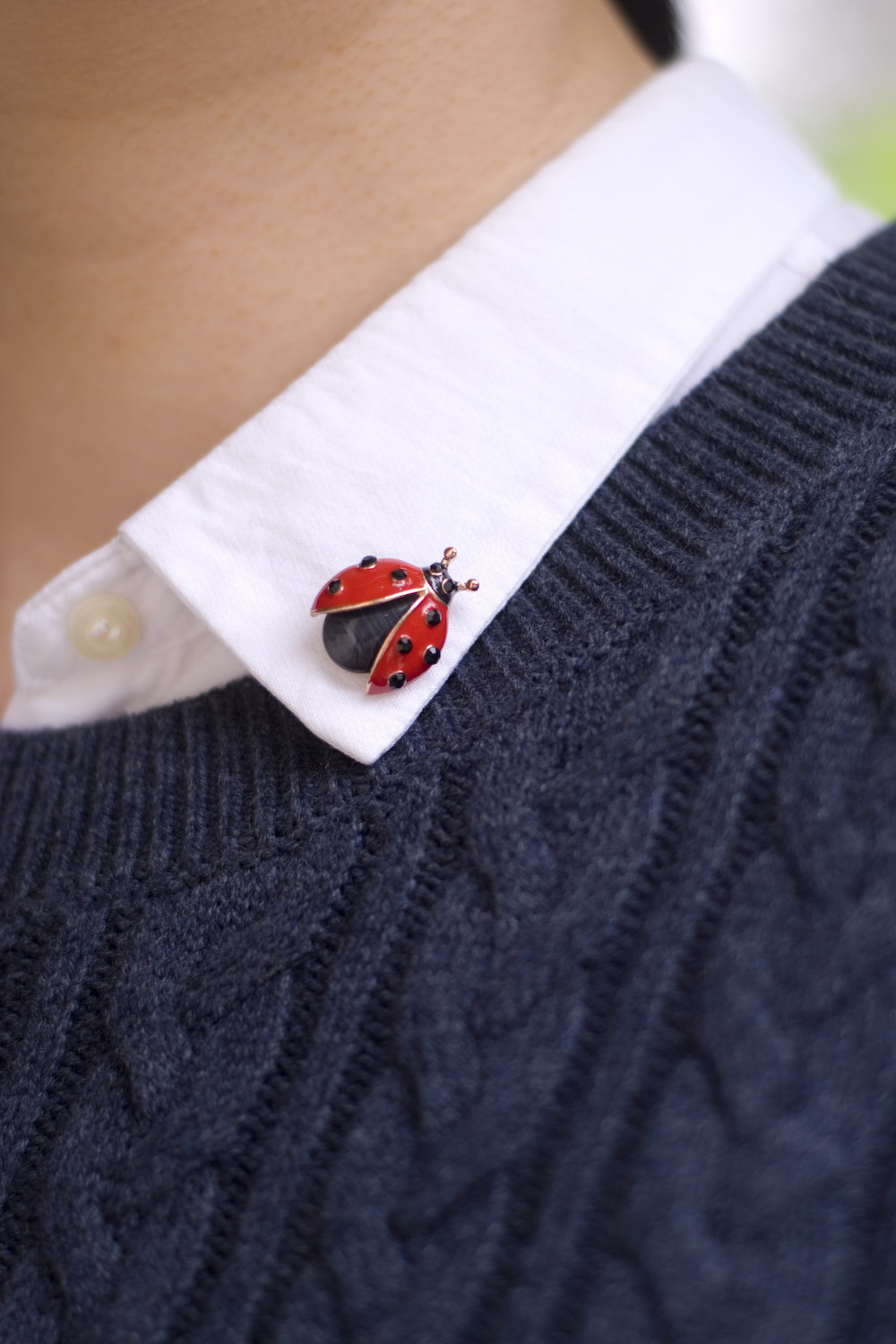 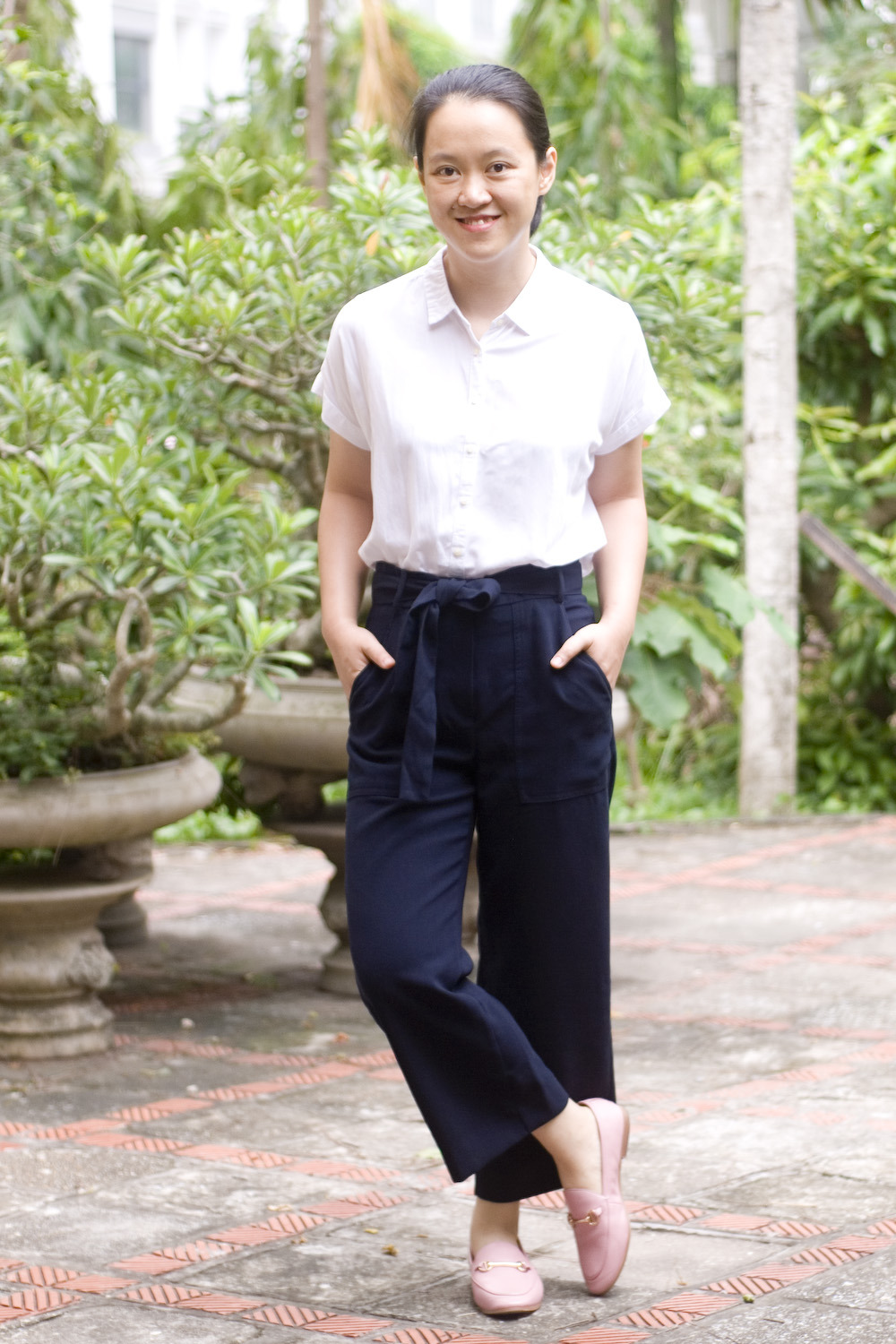 The other day, my students asked me why I kept saying “When you get to my age” so much, as if I’m 50 years older than them instead of 15, and I didn’t even realize I was doing it. But I do feel like I’m getting old, if not mentally then at least physically. My knees are really creaky these days, and I can’t handle heels much anymore. I still wear them occasionally, but usually when I know I won’t have to be on my feet. Take this outfit, for example – just last year, I would’ve worn it with heels, but now, these sensible shoes are a much better choice. At least they’re fun, right? 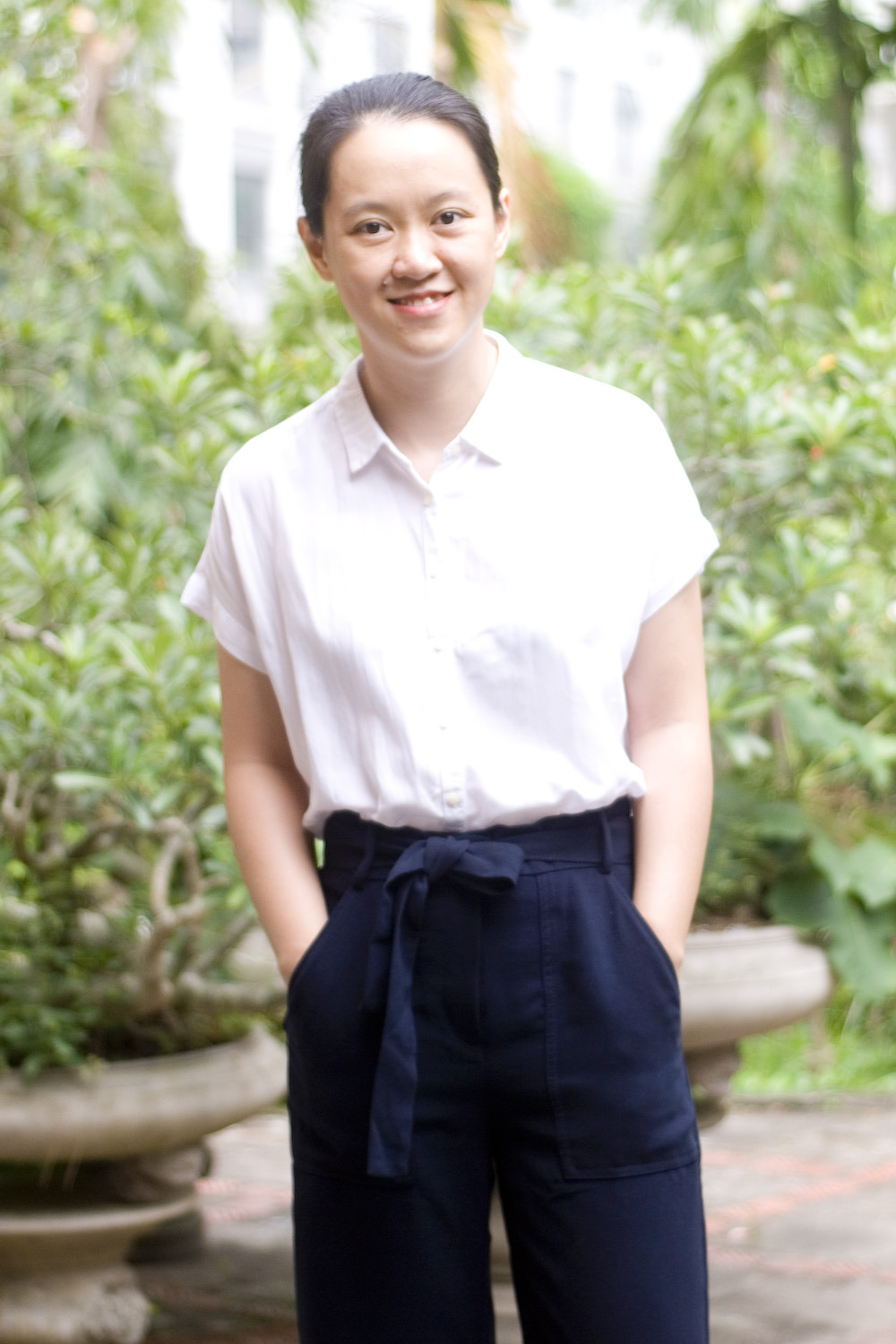 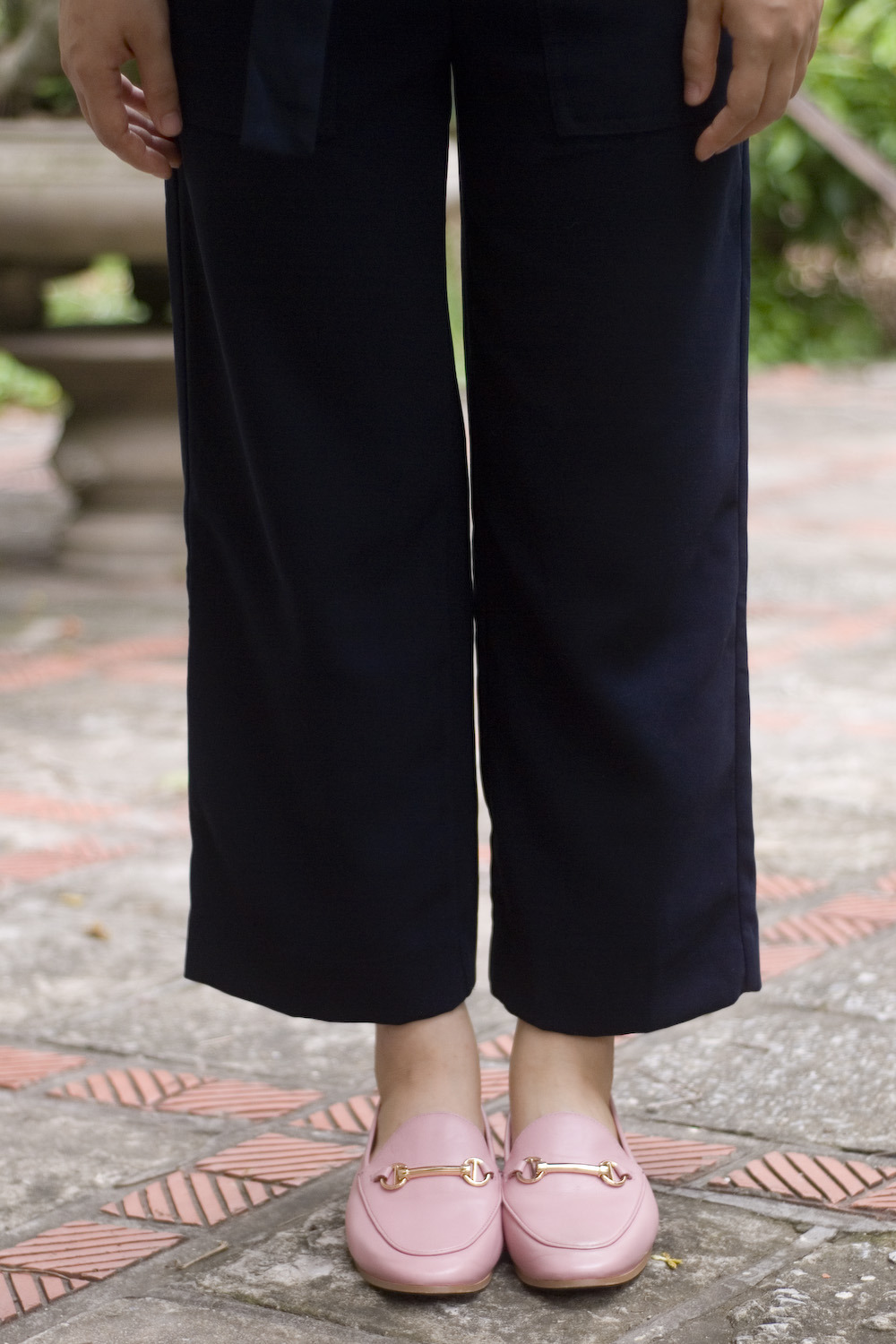 Cool As A Cucumber

After an overenthusiastic cold snap earlier in the month, the weather has turned warm, so my straggler outfits (yes, I’m still posting them) suddenly make sense again. Thankfully, now “warm” really means “warm” and not “scorching hot”, and with an outfit like this – linen pants and shirt – you may actually be a bit cold in the morning and at night. But I’m committed to posting all of these leftover outfits (I’m nearly caught up now), so here we are.

P/S: I’m rubbish at thinking up post titles, and given how I’m talking about cold weather and wearing green pants in this post, this is the only phrase I could come up with. Maybe I should just give up thinking of snappy post titles and just go with something simple and to the point, like “White button-up shirt & green linen pants”.

With this outfit, I was trying to emulate a kind of 1930’s, Katharine Hepburn type of look. Of course, my pants are not structured enough and the shirt is a bit too casual, but it’s pretty close, isn’t it? I think a pair of white sandals may be more appropriate too, but a) I don’t have white sandals and b) I had to add a bit of color somewhere.

In other sad news, I stupidly threw these pants into the washing machine – I’ve machine-washed linen before and never thought twice about it – and now they’ve shrunk beyond recognition. Apparently the shop didn’t bother pre-shrinking their linen. I’ve tried to stretch them out as best as I could, and I’ll see if they can be salvaged with some ironing, but at best, they’re still going to look cropped. Just my luck. I’ve been looking for a good pair of wide-leg pants forever, and I managed to ruin the one pair that I found.

When it comes to color combinations, red, white, and blue is pretty much a classic, isn’t it? As I was putting this outfit together (well, that’s a bit of an exaggeration. “Putting this outfit together” mostly consists of me ironing the shirt), I was struck by how many countries have red, white, and blue flags. I know that the flag of France, for instance, was official adopted after the French Revolution, so the three colors stand for Liberty, Equality, and Fraternity, but I have no idea about the other countries. And, even in the case the French flag, how did those colors come to symbolize these ideas? I did some Googling, but there is no definitive answer. The only thing I could glean is that there are so many tricolor flags because of colonization (for example, all the former British and Dutch colonies also have red, white, and blue flags).

You know what, I bet it’s just a case of some person looking at these colors and thinking, “Hey, they look nice together.” Like I did with this outfit 🙂