This has nothing to do with the outfit, but are any of you guys a Taylor Swift fan? I recently found out that on her latest album she has a duet with the lead singer of Snow Patrol (you’re probably sick of me talking about them too, but I’m sorry, I’ve been on a Snow Patrol high after going to their concert six months ago – man, has it really been six months? – and haven’t been able to come down since.) I quite like the song, but now there are all these Snow Patrol fans who got pissed because people are only going to know about Gary Lightbody as “the guy who did that song with Taylor Swift” or “the guy who wrote a song with that one kid from One Direction” (he just did that too.) If this was a couple of years ago, it would’ve bothered me as well, but now I have no problem with it. I wasn’t annoyed by those screaming fan girls at the Snow Patrol concert who were only there to watch Ed Sheeran, I just hoped enough of them had stayed to watch the show all the way through. I’m not even annoyed by people who only know Snow Patrol from Chasing Cars, though I would recommend they check out their other stuff too. And now amongst those Taylor Swift and One Direction fans, there will be at least a few who are intrigued enough to check out Snow Patrol and maybe become fans themselves. 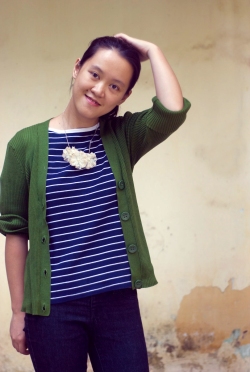 I guess what I’m trying to say is that I understand having a favorite band as your “secret” and wanting them to remain that way (do you ever feel like that?) but as long as they don’t sell out and change their direction completely, I do want them to get more exposure. 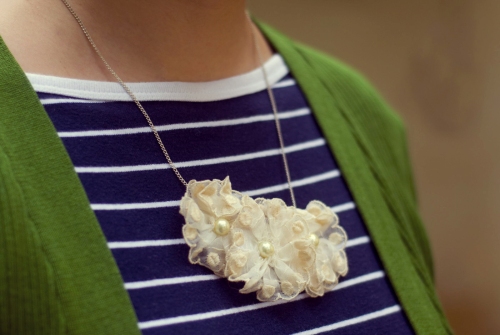 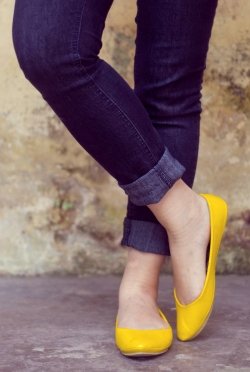 Oh and, a word about the outfit: it seems I’ve been wearing yellow a lot lately. I used to really hate it, but now I’ve come to appreciate if not like it – depending on the shade, it goes with almost everything and can always brighten up an outfit.

First, some of the best Halloween costumes I’ve seen around the web (for more go here. There are also part 2 and 3.) 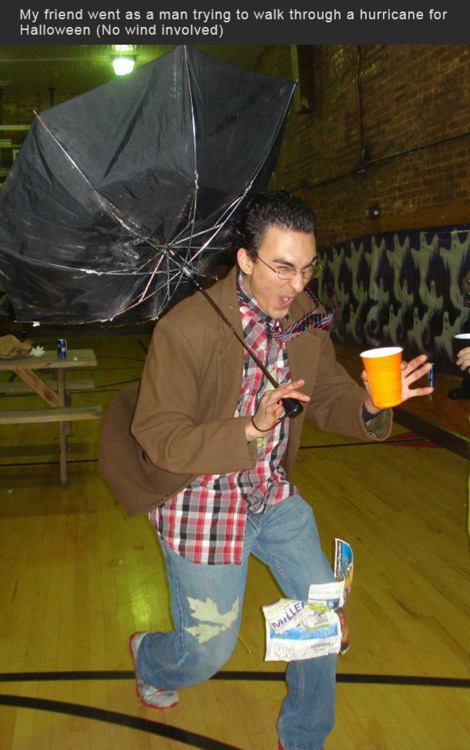 – A guy who dressed up as 50 shades of grey. Literally:

– Katy Perry and Shannon Woodward (of Raising Hope) as Jane and Daria:

– That’s… that’s not the real Kit Harrington, is he?

– Speaking of adorable, how about this Bob Ross crochet doll?

– I didn’t find a lot of links this week, so just this one for some post-Halloween scare: photos from the past that prove history was haunted.

– Finally, this is the best tumblr ever: Cats That Look Like Pin-up Girls (warning: some may be NSFW)

BLOG: Artfully Awear by Ariel. This is not your typical “outfit of the day” blog – Ariel puts together outfits inspired by works of art; basically, it’s our Style Imitating Art challenge made into an entire blog, and she does it better than I could ever hope to do. I really want to ask her to join Style Imitating Art, but I’m rather shy about it… maybe my co-hosts could?

BOOK: “Dave Gorman’s Googlewhack Adventure” by, well, Dave Gorman. A Googlewhack is a combination of two words, as recognized by dictionary.com, which, when put into Google, only yields a single webpage as the search result (that isn’t a word list of any kind.) At best it’s a great distraction/procrastination tool, at worst it could put you on a crazy journey around the world like it did to Dave Gorman. I wouldn’t explain it any further, you’d have to read it yourseld to find out. It’s a quick, fun, and funny read, and it may be the first non-fiction book I’ve read that I think would make a great movie, sort of like The Hangover meets Eat, Pray, Love (I hate to use it as a reference, but it’s the only movie that comes to mind.) Oh and after reading it, I decided to find a Googlewhack myself, and I did it on the first try! (it’s Riggwelter Stomatopods, in case you’re wondering.)

SONG: “A Pound of Flesh” (Radical Face). I don’t know if the fact that Ben Cooper, the musician behind Radical Face, is from Florida has anything to do with this or not, but every time I listen to his music I always picture it as a soundtrack to some story set in the South, like something Carson McCullers would have written. Which is weird, because I don’t even read Carson McCullers. I only watched The Heart is a Lonely Hunter once and thought it was depressing as sh*t.

– A couple of effortless chic outfits that I really want to recreate:

– I wish I had seen this amazingly creative TARDIS costume sooner, because I would totally steal that idea (even if I don’t have any Halloween party to go to):

– I’m loving Dear Creatures’ Fall 2012 collection (of course everything is way out of my budget):

– How cute is this paw print sweater? Too bad I didn’t bring any fabric paint home (too heavy), and I don’t think they’re sold here in Vietnam either, otherwise I would DIY that in a heartbeat (via The Joyful Fox):

– How cute is this painting?

– Even though leaves don’t change color here in the fall (or because of that), I love these photos of fall leaves arranged in all colors of the rainbow (also because I like things organized.) For more, check out My Modern Met:

– This website introduces you to best products (kinda like Fab.com only weirder.) Minesweeper scratchcard and Rorschach mask? Mine!

– An awesome prank (though I’d probably have a heart attack if it happened to me.)

– Speaking of home-made costumes, these are for parents who want to humiliate their kids 😛

BLOG: La Tartine Gourmande by Béa. I’ve been debating whether to include any food blog on my blogroll or not, mainly because they don’t really fit a personal style blog (my few recipe posts notwithstanding.) However, I decided to include La Tartine Gourmande because I view it as more of a photography blog than a food blog. Truth be told, I’ve never tried any of Béa’s recipes. I wanted to, but I’m afraid I won’t do justice to what her gorgeous food styling and beautiful photography represent. 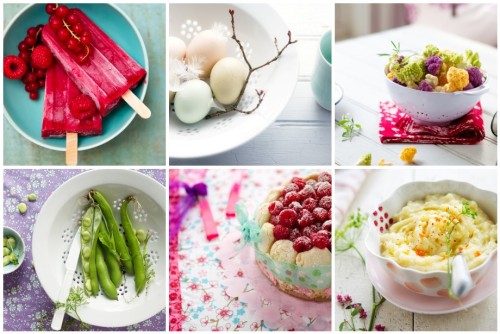 BOOK: “Down Under” (aka “In a Sunburned Country”) by Bill Bryson. He’s my favorite travel writer, he’s writing about one of my favorite places in the world, Australia (aka the place where everything can kill you), so I don’t have to tell you that I love this, do I? My only question after reading this is how much/how long I have to save up for an Australian road trip. Because I’m doing it. It’s on my bucket list.

SONG: “Knots” by Lisa Hannigan. I thought since I just waxed poetic about her style earlier in the week, it’s fair to feature her music as well. This is such a fun video too (which she apparently recreated in some of her live shows.)

– I don’t miss much about LA except for my friends and a couple of small things, but man, seeing these pictures of the Endeavor space shuttle driving through LA makes me wish I could’ve been there:

– I want these coats (via Vanessa Jackman):

– Will somebody please get me one of these IT Crowd or Sherlock prints for Christmas?

COOL LINKS: (might as well make it a separate category)

– This is the best description of what a period feels like I’ve ever read.

– If you’re not pumped for Monster University, the prequel to Monster, Inc. yet (and why aren’t you?) this insanely detailed fake website for the school will change your mind.

– College Fashion has some cool ideas for outfits inspired by Bettlejuice, just in time for Halloween.

– Finally, on the subject of Halloween costumes, these comparisons of men and women costumes are not just funny, they point out an infuriating trend that really needs to be changed.

BLOG: On the Corner. It seems I’m on a street style roll this week. This Buenos Aires street style blog is a newly discovered favorite, since like my other favorite street style reads (Hel Looks and Urban Weeds), it features real, relatable people with all of their quirkiness and eccentricity. I only wish it had included a small blurb about the person featured in each post. Those are always entertaining. 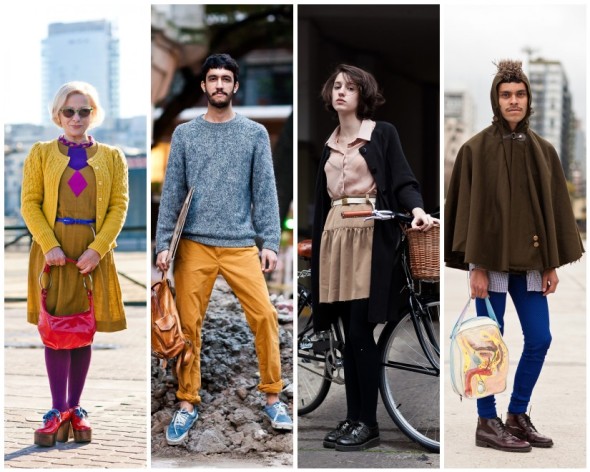 BOOK: “The Ladies of Grace Adieu and Other Stories” by Susanna Clarke. This is the second book by the author of Jonathan Strange and Mr. Norrell, a collection of short stories set in the same alternate universe. It has all the similar style and themes as Jonathan Strange, albeit with more of a fairytale quality to it, and definitely easier to read. If you like this type of alternate historical stories but are thrown off  by the weird typos and the massive block of footnotes in the novel, I’d suggest you give this collection a try first, to see how you like that style of writing in smaller doses.

SONG: “Lights Out, Words Gone” by Bombay Bicycle Club. I was thinking about posting another song by Tired Pony or something by The Reindeer Section (both supergroups formed by Gary Lightbody) but I don’t want to have a Snow Patrol overload here. So another indie band it is.

– I’m enjoying fall weather right now, but this outfit makes me wish it was colder here:

– On the other end of the spectrum, this spring/summer collection by Colenimo, inspired by 1920’s tennis player Helen Wills Moody, is right up my alley (via A Thought is the Blossom):

– This cracks me up:

– I want this sweater:

A few links of awesome people being awesome:

– A cabbie in NYC gives passengers candies to make their rides “sweeter.” I need to bookmark this story so that whenever I begin to lose faith in humanity, I can read it and be reminded that there are still people like that in the world.

– Did you know that Lucy Liu is also an amazing artist and painter? I didn’t, but this interview makes me like her even more.

– John Green answers the age-old question of “What to do with my life?” (video)

BLOG: Not Dressed As Lamb by Catherine. Though the description says the blog is “waving the fashion flag for non 20-somethings”, which means that I’m not its demographic at all, I can’t help but love Catherine’s fun sense of style. It’s not so much age-appropriate as it is ageless.

BOOK: “Bollocks to Alton Towers: Uncommonly British Days Out” by Robin Halstead, Jason Hazeley, Alex Morris & Joel Morris. This is a travel book about quirky off-the-beaten-track attractions in the UK, places such as the British Lawnmower Museum, Mad Jack’s Sugar Loaf (the pointiest pointless structure in England), and the likes. It’s funny, weird, and surprisingly respectful towards all those responsible for building, organizing, and running those places. I wouldn’t recommend it to first-time travelers in the UK (after all, you’d want to see the usual attractions first, wouldn’t you?) but if you want to see a different side of the country, check it out!

SONG: “Get On The Road” by Tired Pony. Tired Pony is a super-group formed by Gary Lightbody of Snow Patrol and members of Belle & Sebastian, R.E.M., and a few other musicians. It started out because Gary Lightbody wanted to make a country album, but I’m glad their music ended up being more folksy than country, which means it could still fuel my Snow Patrol obsession.