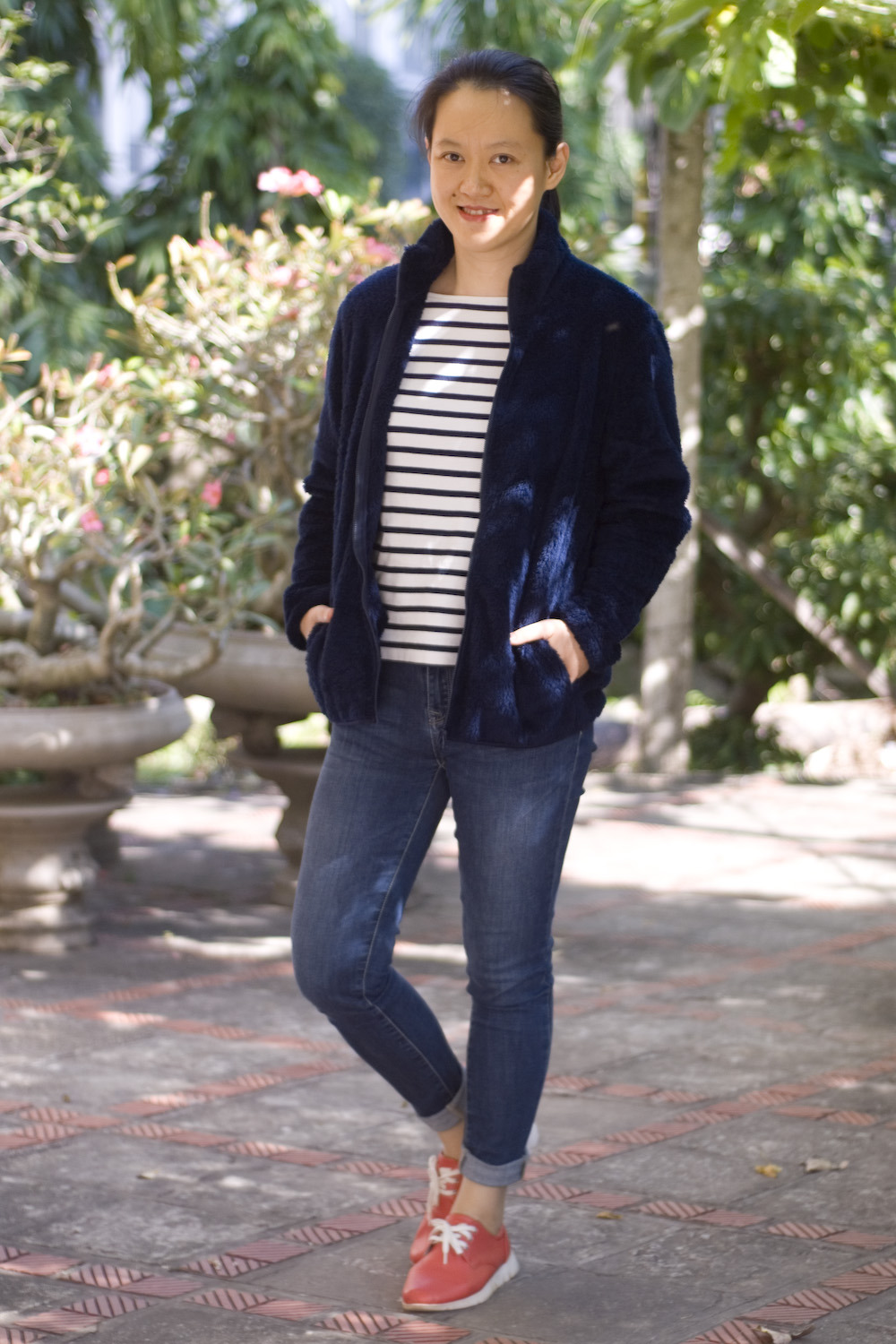 Don’t let the sunshine fool you, it’s colder than it looks. Which is why I decided to bring out this jacket, which I dubbed my “Cookie Monster” jacket due to its navy fleece material. I bought it earlier this season, but it’s a little casual for my work clothes (I wore this to a book fair last weekend) so it hasn’t made its appearance on the blog yet. I wish there were some ways to dress it up, because it’s really warm and comfy and I want to wear it more, but I don’t want to be mistaken for a student again. Any ideas? 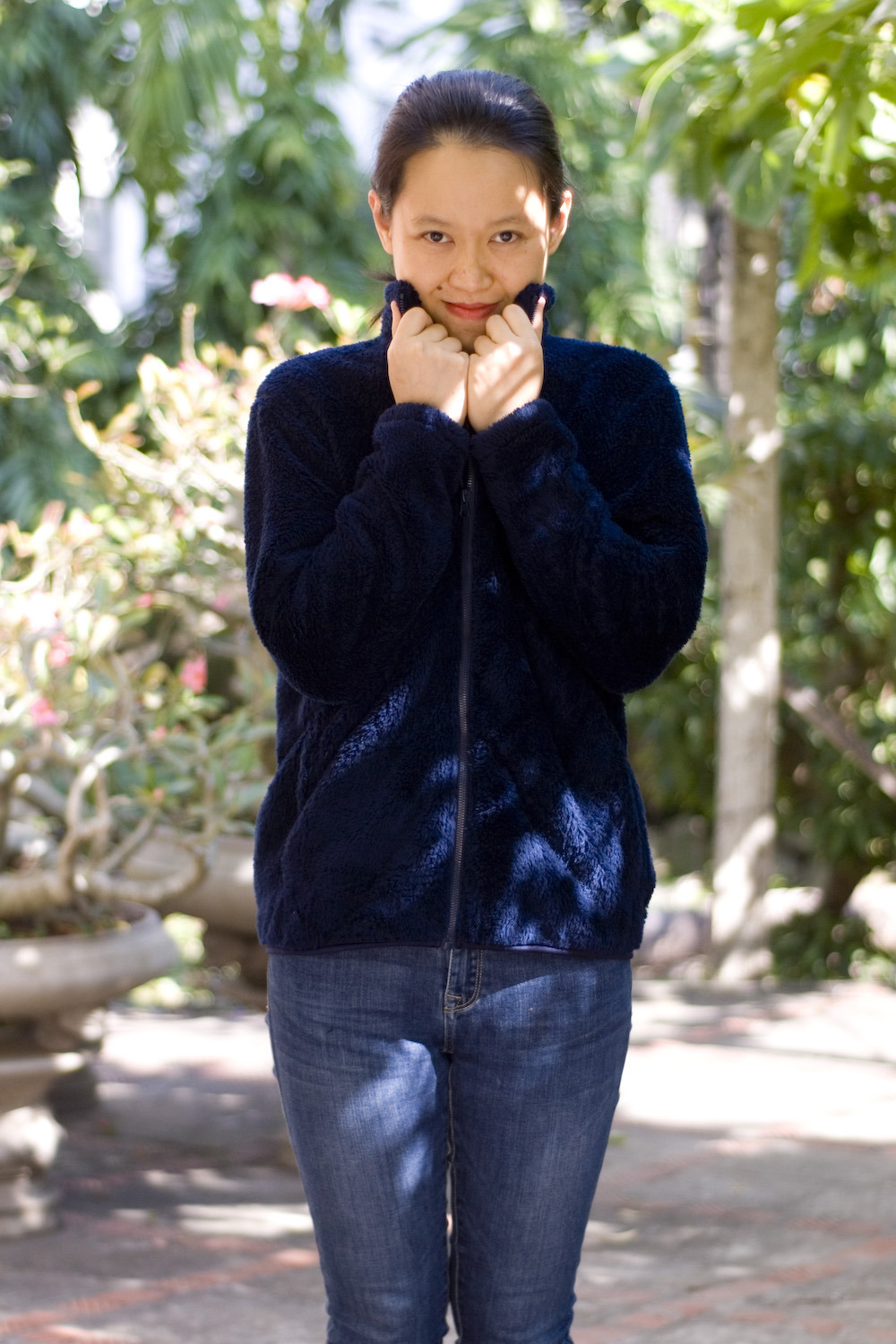 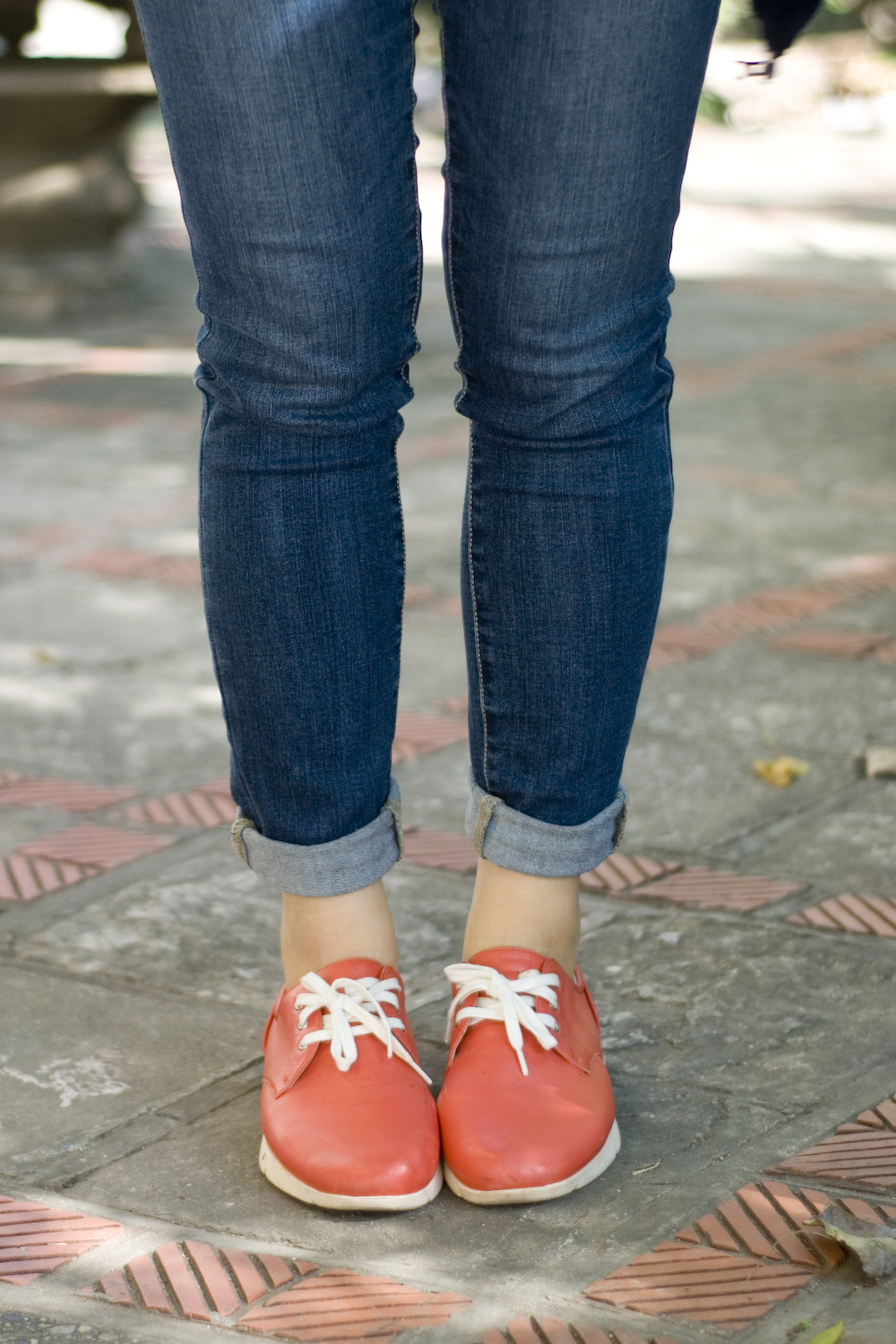 This is one of those “duh” outfits that I can’t believe I haven’t worn before, because the combination seems like such a no-brainer. It’s not very spring-like, but then again the weather is not spring-like either. Spring for us usually means drizzling rain and crazy humidity, but this past week has been clear, crisp, and cool – more fall-like than spring. Not that I’m complaining. I’d take fall over spring any day, and it makes getting dressed much easier, so I’m just going to enjoy it for as long as it lasts.

P/S: While the travel posts last, I’m still sticking to the plan of at least one outfit post per week, so the book reviews will be posted next Wednesday instead. Also, I really need to clean my shoes.

The outfit is simple, but I still want to post it to document how crazy the weather has been. It just warmed up unexpectedly last week, to the point it almost feels like summer. I’m not complaining though; it’s usually a sign that we’re in for a cold snap soon, so I just have to hang on for a little longer.

These pants are really comfortable, except they’re a pain to bike in, so I don’t wear them as often as I’d like. Besides, I don’t quite know what to call them. I guess they’re culottes, but I’ve been disinclined to use that ever since I found out it means underpants in French. They’re not quite gaucho pants either, which are usually knee-length. But who cares what they’re called, right? They’re cute, and that’s what matters.

Last time I wore these pants, they made me feel French, and this time, my outfit feels vaguely Japanese. It’s probably because it was inspired by this blog of a Japanese stylist, or because of the minimalist styling. I did put on a necklace but I took it off before taking pictures. The outfit doesn’t need it. It’s just right the way it is – simple and to the point. Just like this post 🙂