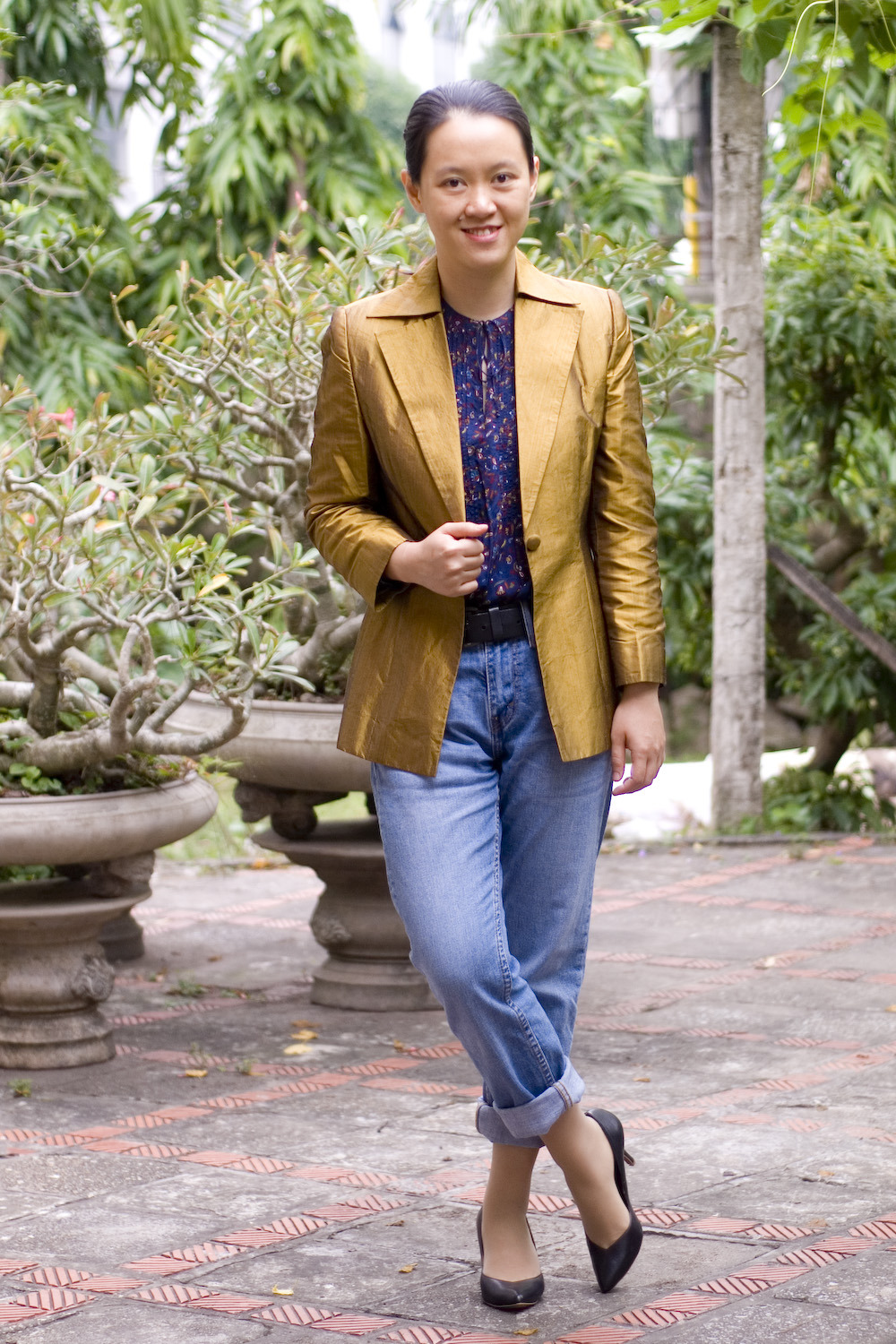 Happy New Year everybody! We do have a day off today, but it was work as usual yesterday and would be work as usual again tomorrow, because our proper winter holiday doesn’t start until the Lunar New Year, which will be in late January this year.

Anyway, to celebrate the new year, here’s a colorful and shiny outfit from last week. It was inspired by this. I may not look as badass, but I think it’s an appropriate start for a new decade. Hey, it’s the Roaring Twenties (though, judging from the way the world is going, it may be more like the Screaming Twenties), so let’s bring out the shiny and the flamboyant, right? 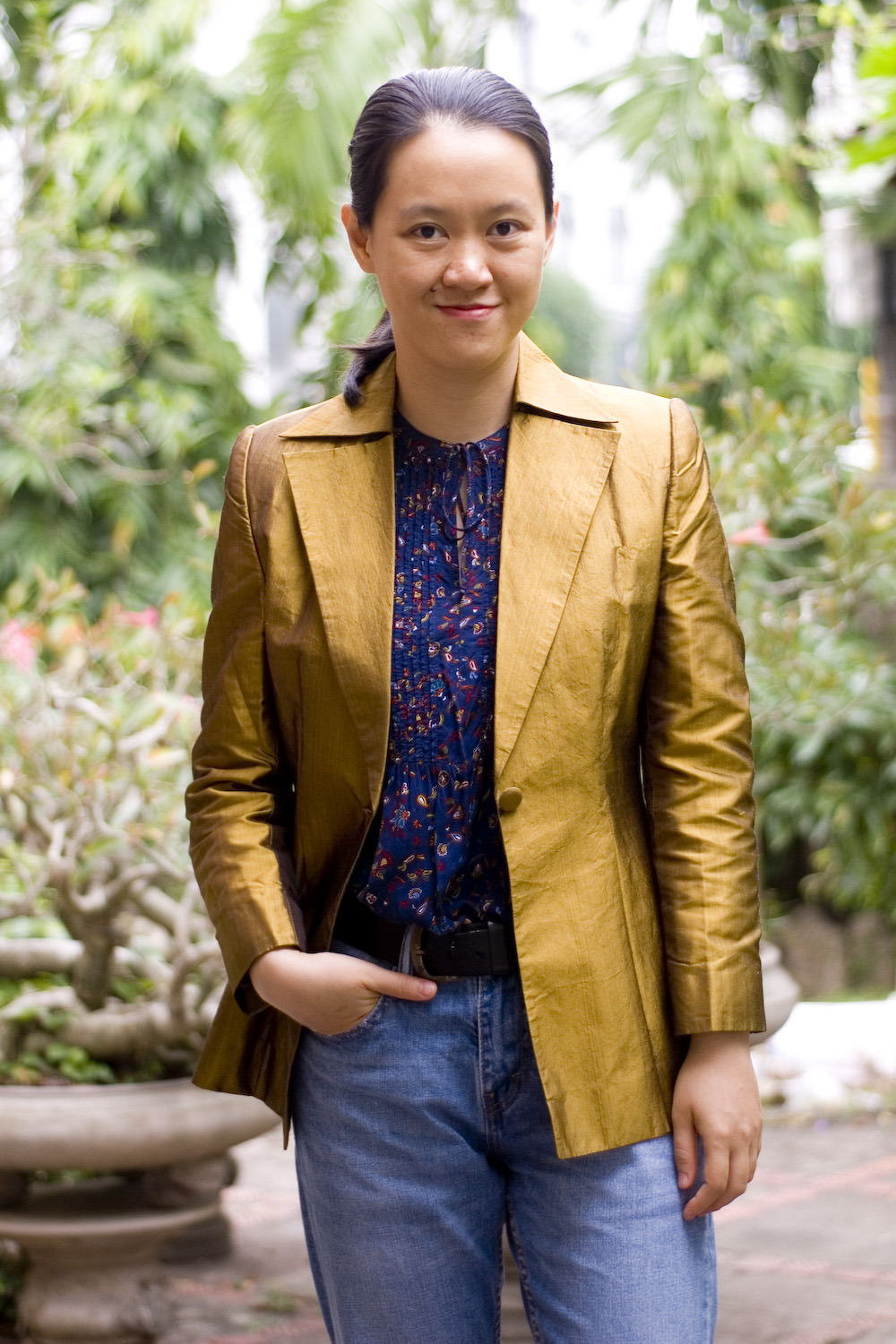 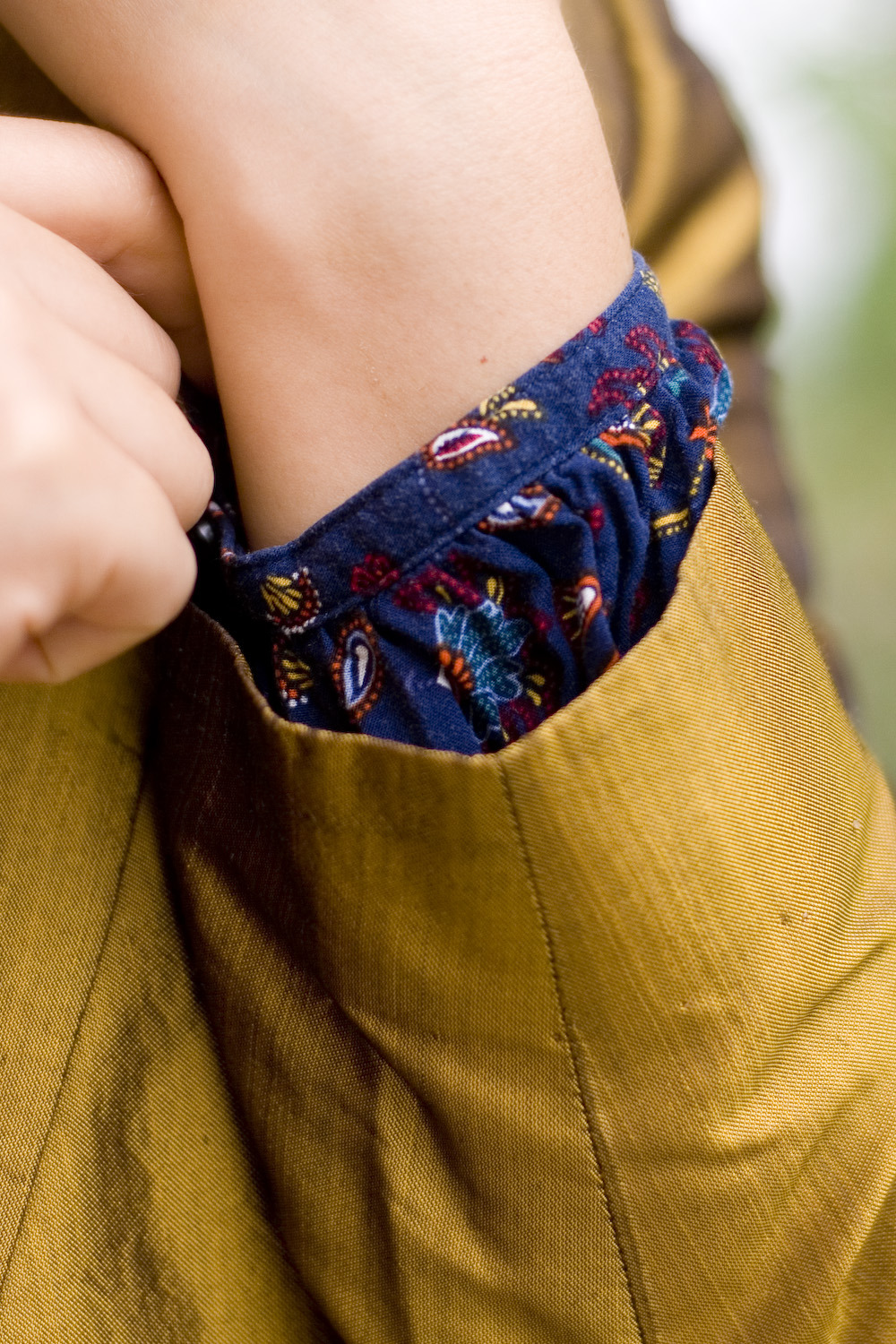 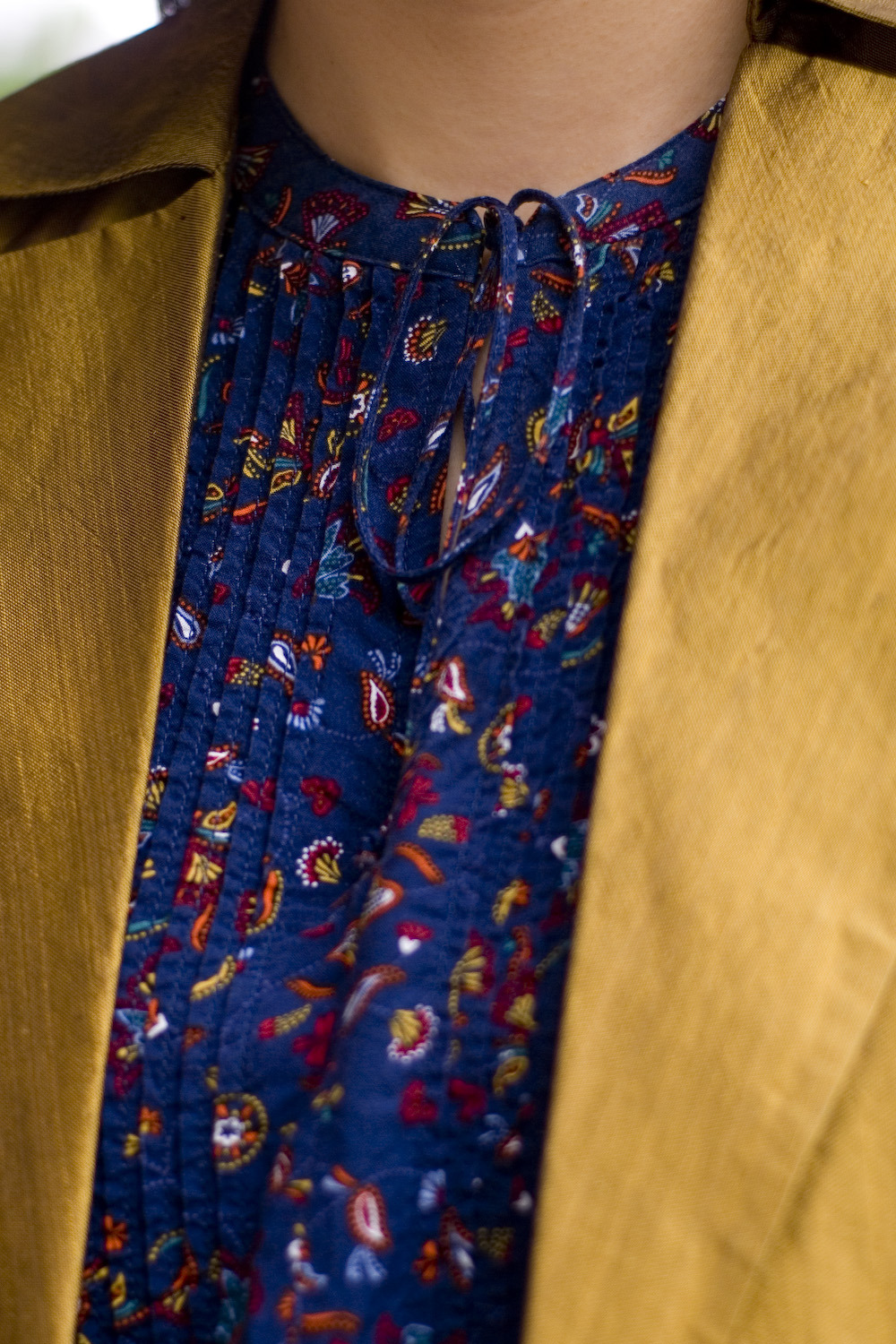 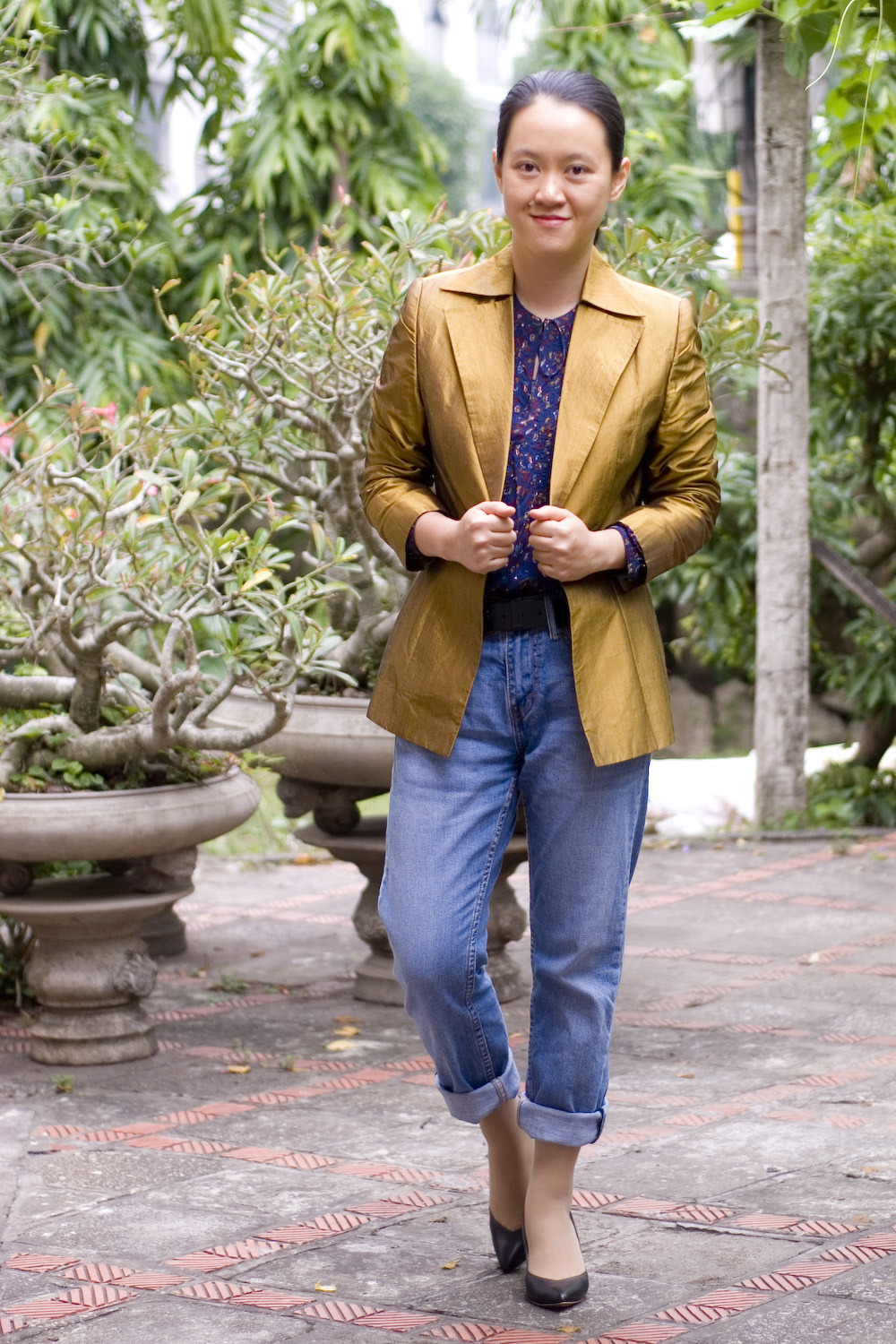 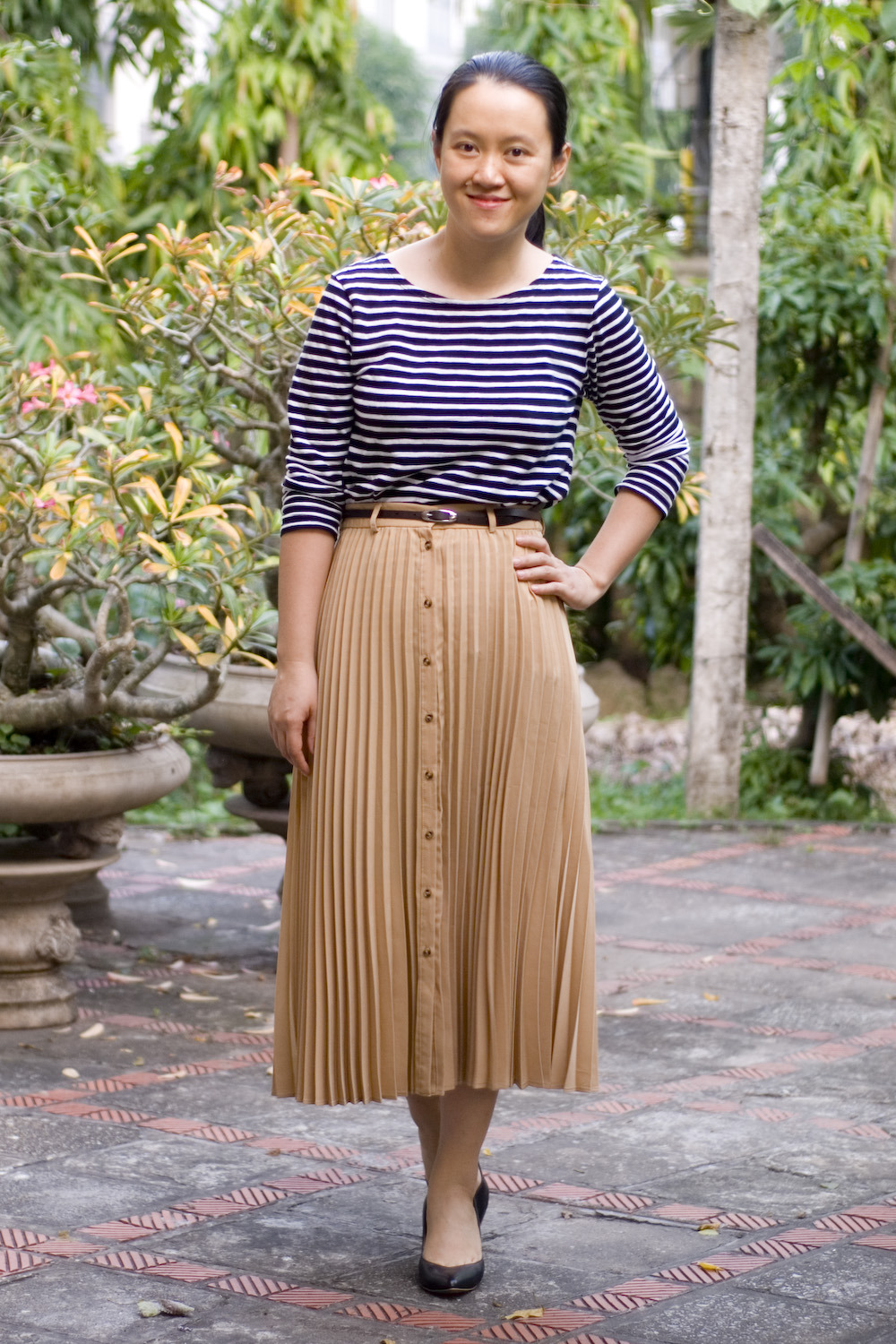 I hope that my US readers all had a fun, food-filled Thanksgiving. Here’s a simple outfit to close out the week – I just realize that I’ve only worn this skirt once since I got it, which is a bit surprising because it looks like it should go with everything. The thing is, I don’t wear skirts much anymore. Because of our climate, skirts are not the easiest thing to wear – in the summer, it’s too hot to have the skirt around your waist and bike shorts (and sometimes a slip too) underneath, while in the winter, it’s too cold even with tights and boots. The two weeks of fall and spring are the only times I can wear skirts comfortably, so I’m making the best of them. 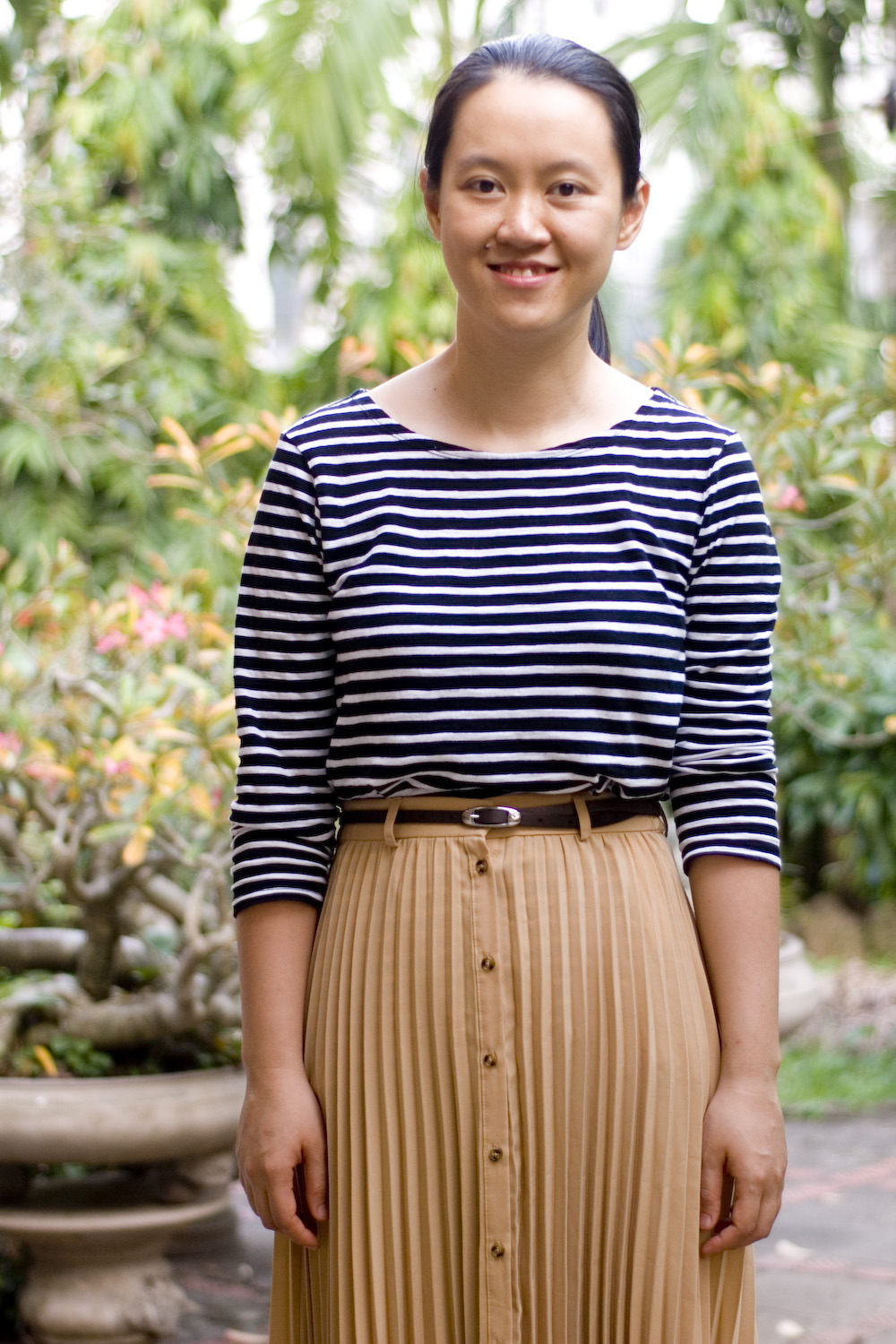 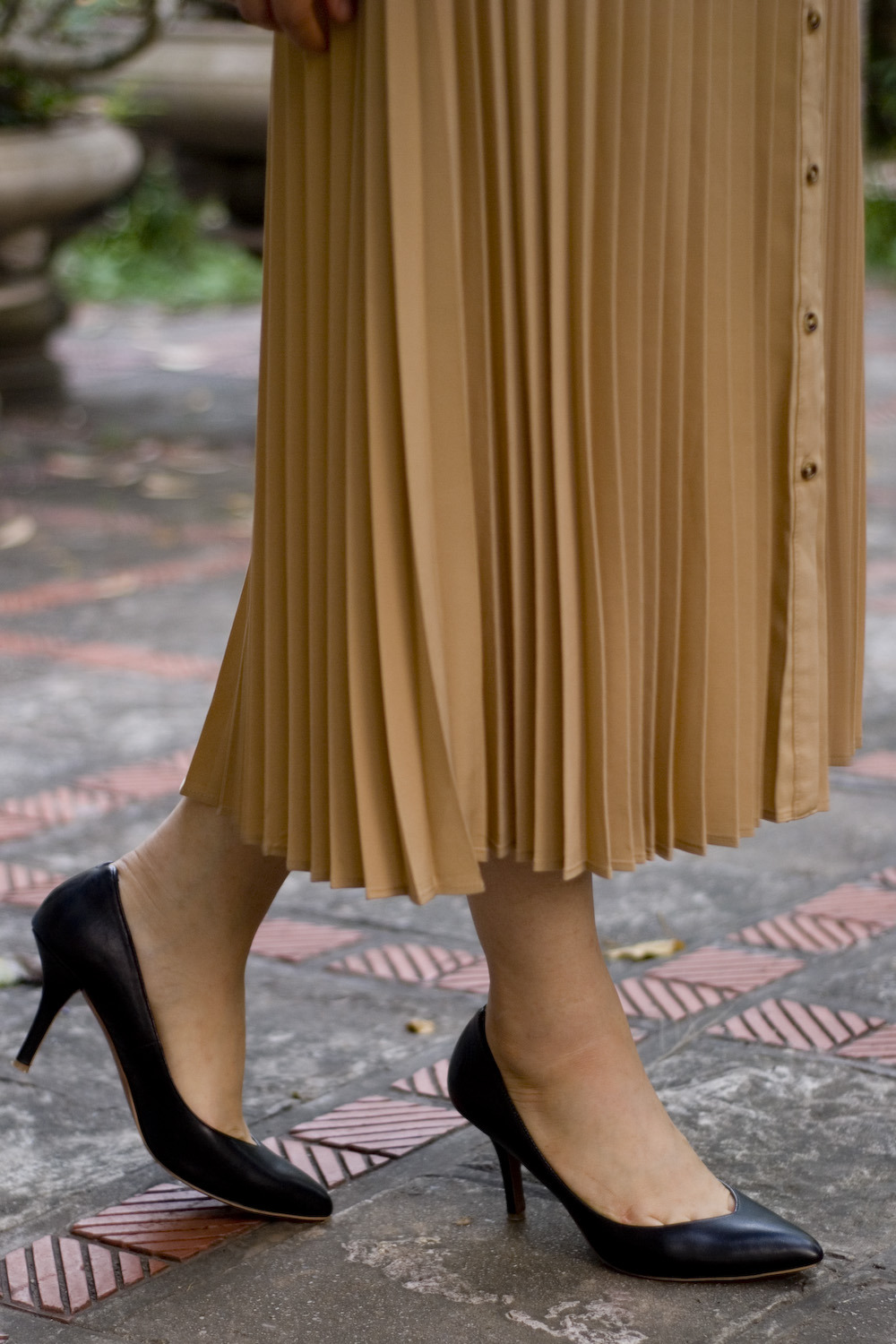 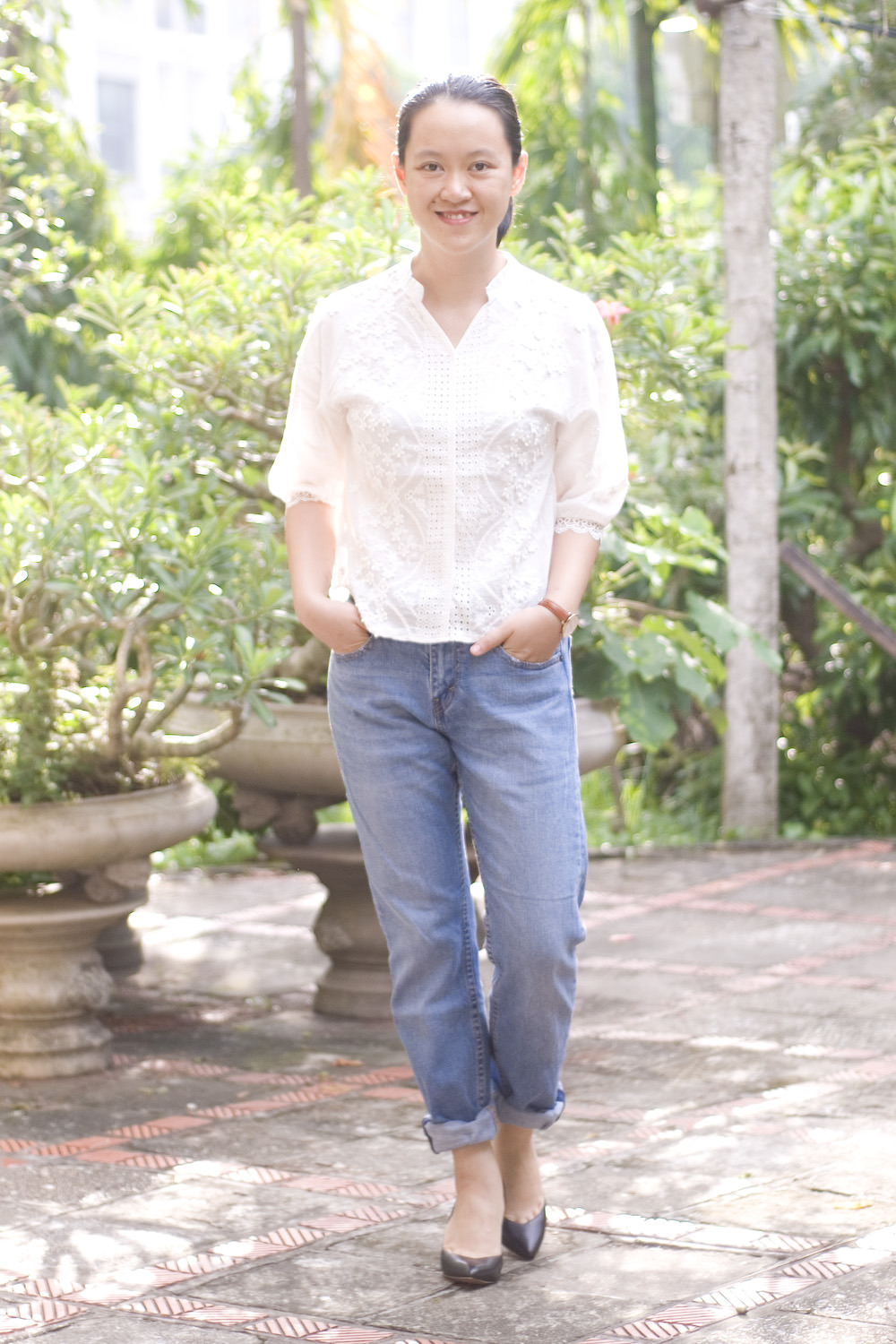 When I went to Malaysia back in August, the one thing I bought for myself (other than a Snow Patrol t-shirt) is a watch. I’ve been looking for a classic watch since my last watch died, and I had found the seemingly perfect one online too, but I decided I needed to try it on first. As it turned out, the Suria KLCC mall didn’t have the particular watch that I wanted, but luckily, I found another one that fit the bill. It didn’t jump out at me at first, but it’s been growing on me since – it’s classic enough to go with everything in my closet, including my black shoes, despite its brown band – and I wear it every day, even if I don’t always wear it in outfit photos. 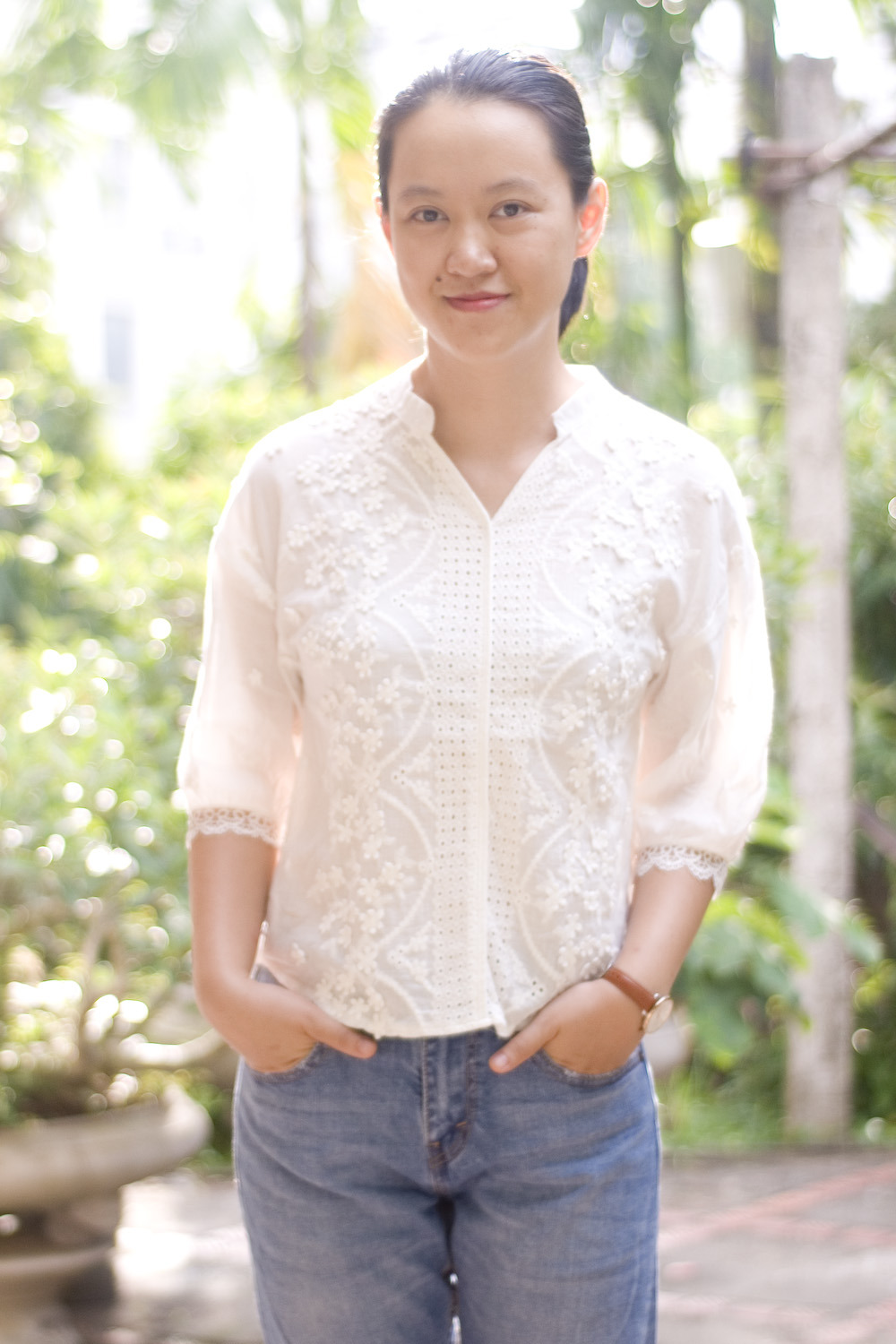 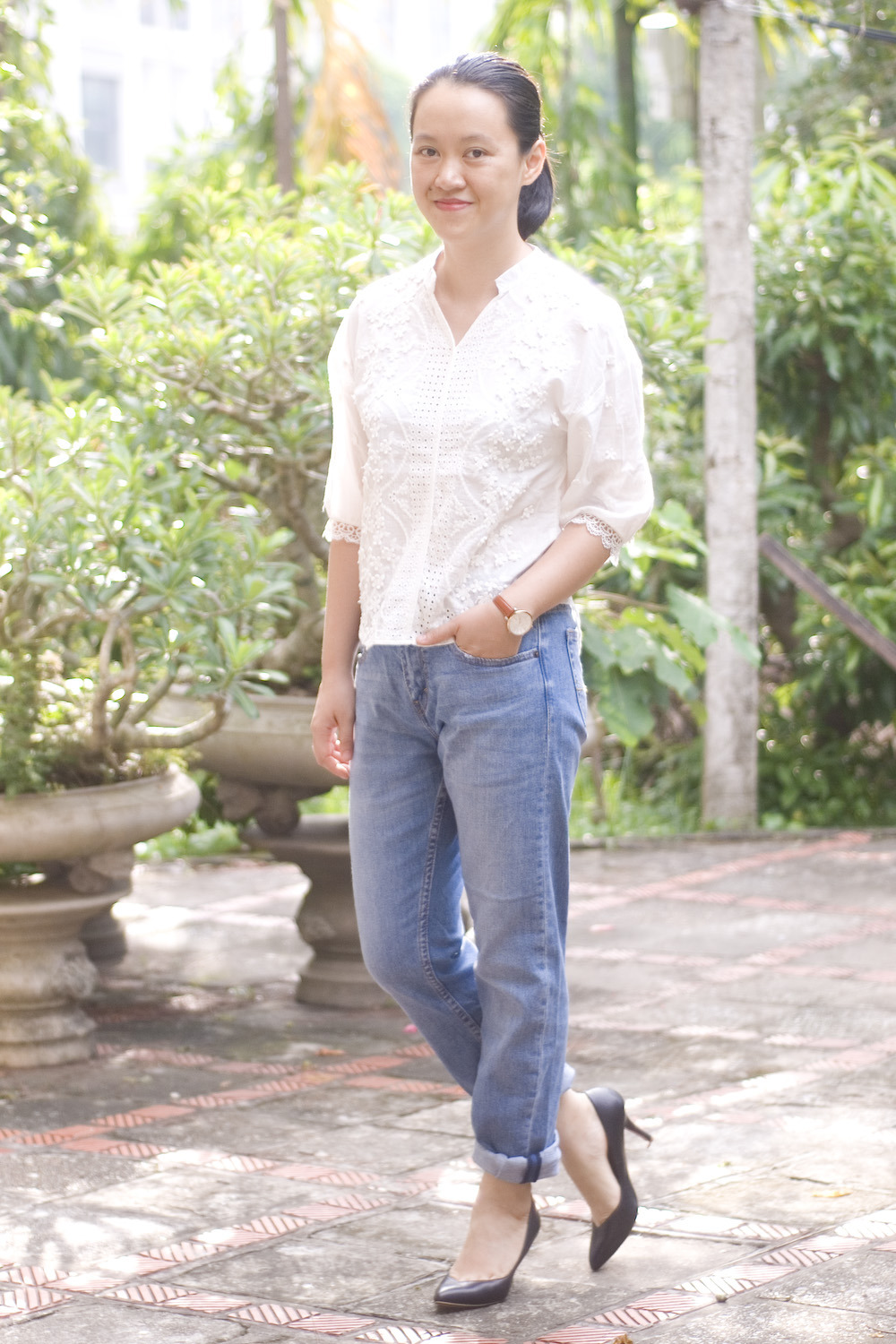 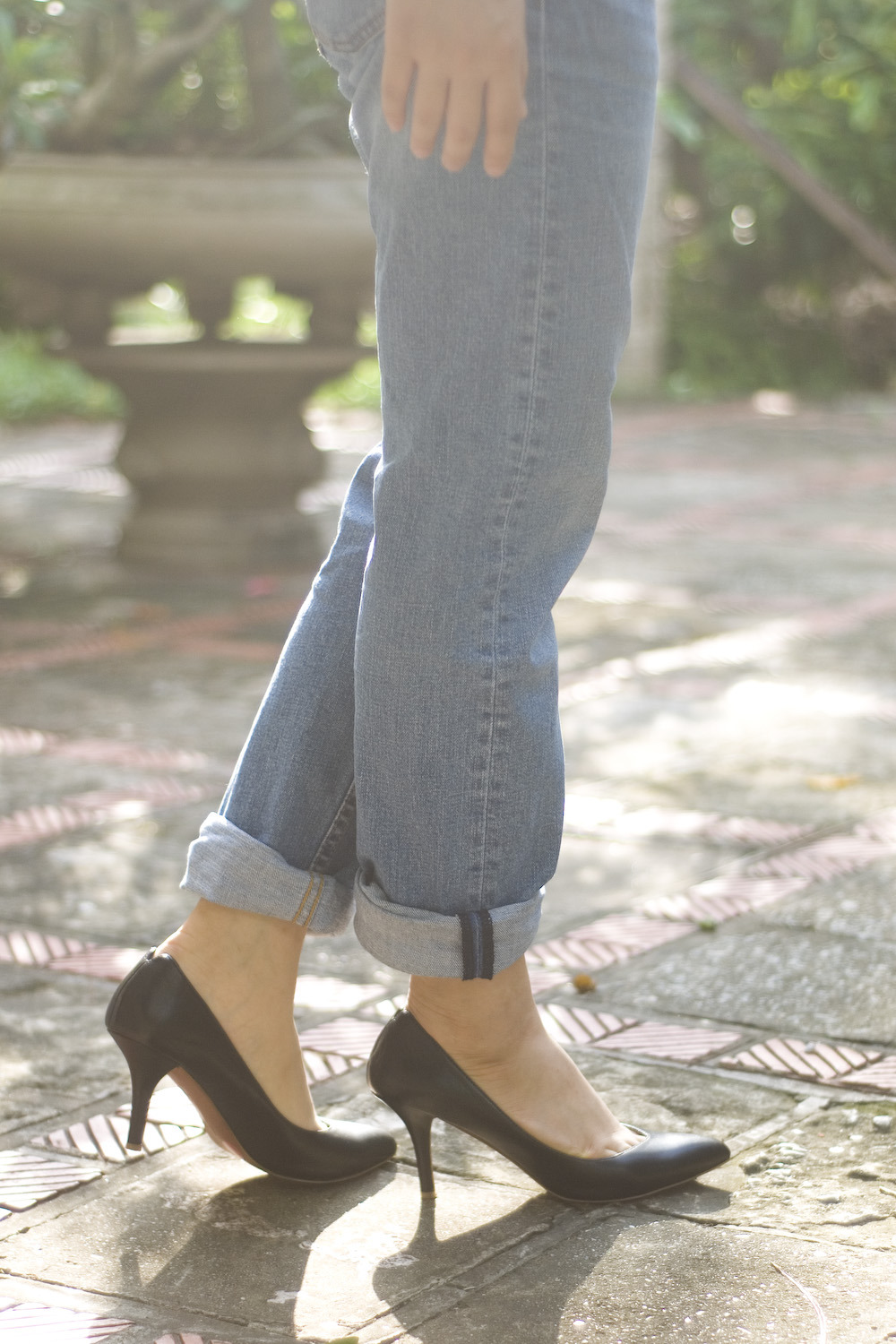 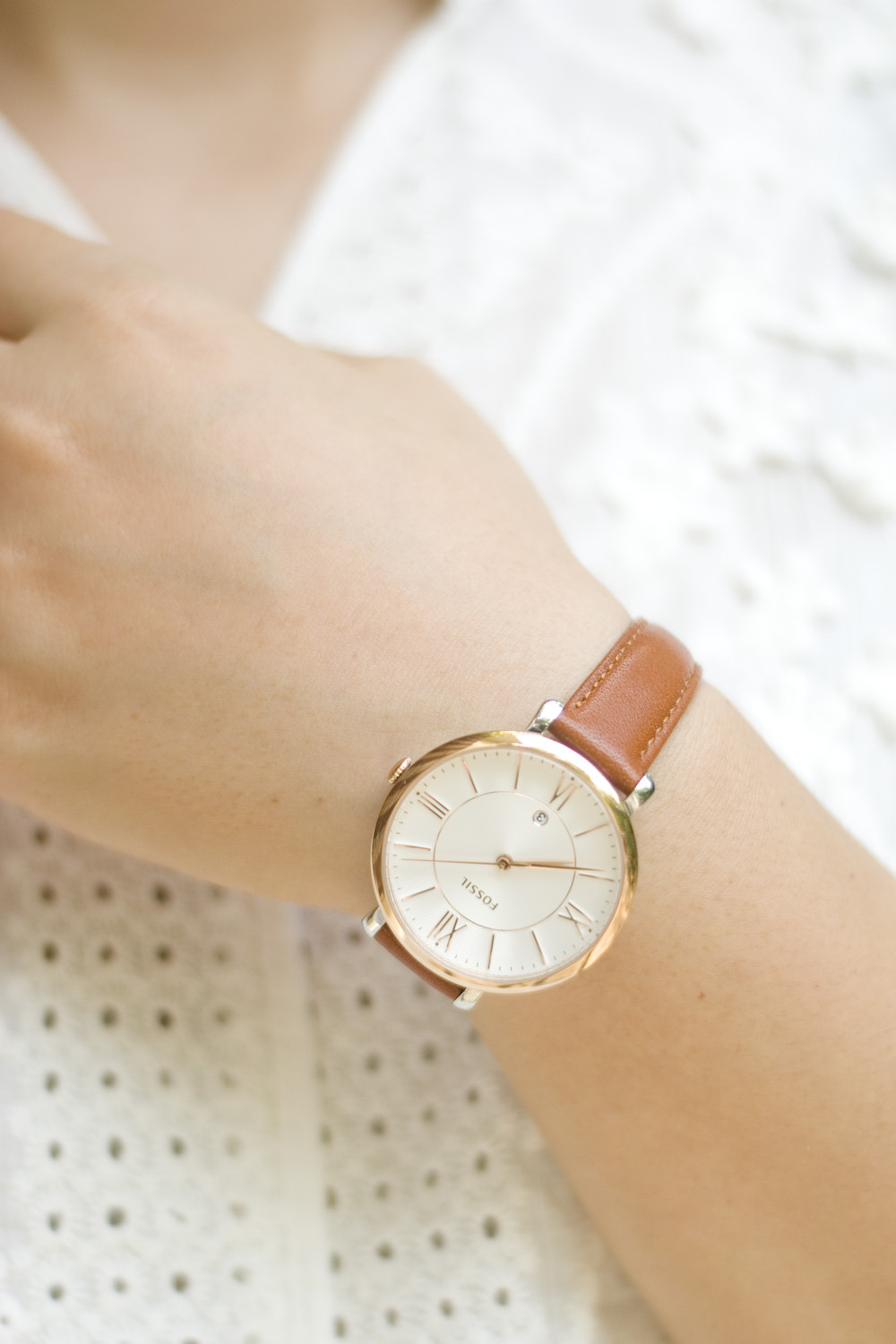 This is another simple outfit, but I think I was subconsciously inspired by one of my favorite childhood books, “The Adventures of Dunno and His Friends“. It’s a Soviet children’s book about a group of tiny, childlike people (like, actual tiny, about the size of a medium cucumber) that go on an adventure in a hot-air balloon. I’ve worn out my copy years ago, so I was really happy to be able to find the reprinted edition in the store recently. And if you look at the cover, well, you can see where my outfit comes from.

In other news, these heels sadly bit the dust after I was caught in the rain, but I didn’t mourn them too much because they’re not real leather and I’ve been wearing them for a while. Plus, it gives me the reason to look for new black pumps 😀

On Wednesday’s post, I talked about feeling unmotivated to put together an interesting outfit. I think part of the reason is that I’m bored with my accessories (but don’t want to buy new ones) and don’t know how else to jazz up my outfits. Scarves are out of the question; light-weight, summery shirts don’t hold up brooches well, and sometimes you have to choose between necklaces and printed shirts. Occasionally, I would bring out my bracelet/cuff, but it always feels forced and doesn’t go well with the outfit at all – like here. Actually I wasn’t planning on wearing this cuff with this outfit, but then I was going to see Wonder Woman after work, and since I don’t have a tiara or lasso or invisible jet, I decided to play homage by wearing the cuff.

As for the movie… weeeeeeeeeeell, I’m going to be the unpopular opinion here and say that I wasn’t impressed. I think I got overhyped on it – everybody is gushing about how great it is – so I ended up underwhelmed. Sure, I appreciate the fact that it’s a female superhero movie, and I’m happy that it’s directed by a woman, but it’s… kind of boring, to be honest. I think the praises come from the fact that the bar for DC movies is set so low and this is the first decent female superhero movie (like, first ever), so it is just the thing that people want right now. It may be an important first step toward more diversity and equality in the genre, but it didn’t change my mind about the DC Extended Universe. I’m going to stick with Marvel, thank you every much. (I mean in terms of superhero movies in general. I know the portrayal of female characters in Marvel films is problematic. If I want an action film with good female characters, I’ll go with Mad Max: Fury Road.)