← Ice Cream
Feeding In The Light →

It’s an average month of reading – 4 books, which is my usual number, and an even mix of fiction and non-fiction – but I quite enjoy all of them, so maybe it’s not so average after all. Here goes: 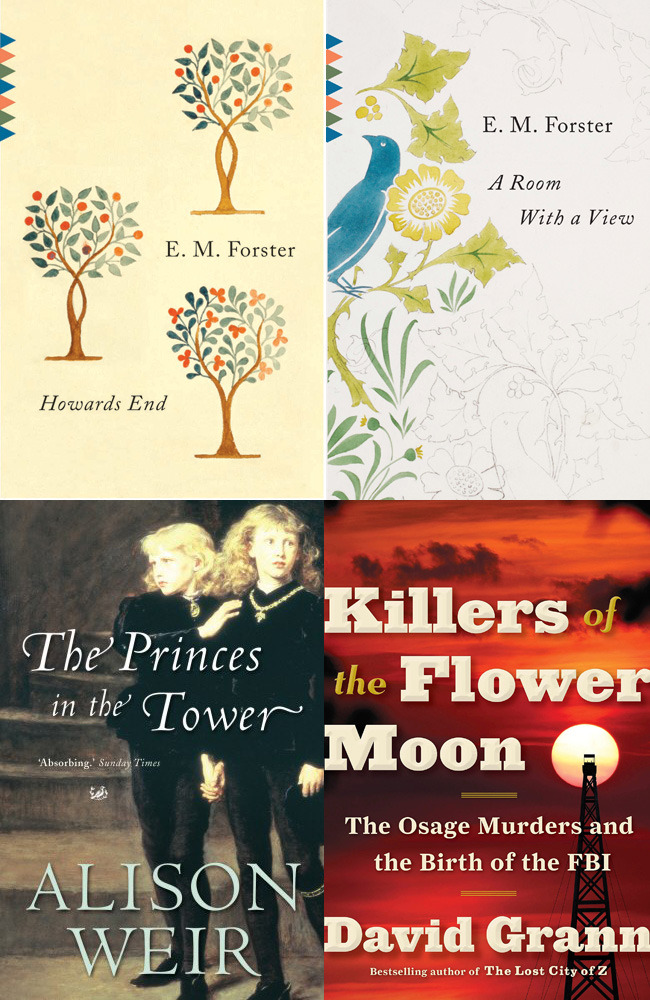 Even though I’ve watched all the Merchant Ivory adaptations of E.M. Forster’s works, somehow it didn’t occur to me to read his books until now. I mean, me, an Anglophile who loves Edwardian fashion, and never read Forster? It’s a bit embarrassing, really. But I recently watched the mini-series adaptation of this, so here I am, rectifying that oversight. The book is more philosophical than I expected – there are a lot of discussions of the characters’ inner lives and thoughts. They are thought-provoking; however, if I didn’t know the plot already, they would bore me. Call me shallow, but I’d prefer more descriptions of the characters’ outer lives – what they eat, what they wear, that sort of thing – and see their inner lives reflected through that. More realism, less modernism, I suppose. Also, for all the insights into their thoughts, I don’t really connect with any of the characters, except for poor Leonard Bast (it helps that he’s played in the mini-series by the lovely Joseph Quinn, aka Eddie from “Stranger Things”). Still, there’s no denying that it’s beautifully written, and those philosophical discussions do touch me, in a way. 4/5

A Room with a View by E.M. Forster:

“Howards End” left me so depressed, so this is a bit of a palate cleanser – yes, it’s the same philosophical discussions of inner lives and thoughts, but on a smaller scope, more relatable, more lighthearted, and has a happy ending. It may not be as profound as “Howards End”, and the conflict is all internal, but I appreciate how subtly yet deeply the book portrays the characters’ inner turmoil. Also, all the part about being a traveler vs. a tourist is still relevant today, 100 years later. Plus I absolutely love the 1985 film (my favorite Merchant Ivory production, in fact, and one of the reasons behind my obsession with broderie anglaise.) 4.5/5

The Princes in the Tower by Alison Weir:

I bought this a couple of years ago and somehow it got lost amongst my TBR stack, so I didn’t discover it until I reorganize my bookcase recently. I’m not particularly interested in the mystery of Edward V and Richard of York, but I picked this up mostly because I enjoyed Alison Weir’s “The Six Wives of Henry VIII”. The book points the finger at Richard III as the mastermind behind the murder pretty unequivocally though, so if you’re familiar with the mystery already and want different theories/perspectives, this won’t be it. It’s well researched and the writing is accessible, but I was hoping for something more impartial. 3/5

Killers of the Flower Moon by David Grann:

From one non-fiction historical murder mystery to another – and another one I’m not familiar with, but I’m reading mostly because I enjoyed the author’s previous book (“The Lost City of Z”). Also, it’s being made into a movie by Martin Scorsese and I wanted to read the book before the movie comes out. It is, at a glance, about a string of murders of wealthy Osage people in the US in the 1920s for their oil rights and the subsequent investigation of the newly formed FBI, but it’s much more than that. It’s about the history of the Osage Nation, the racism and systematic corruption that allowed a few greedy men to literally get away with murder, and the development of modern criminology as well. It can get a bit rambling at times, but just as with “The Lost City of Z”, it’s well written and engrossing. 4.5/5