I’m posting this a week early since next Wednesday is reserved for the SIA round-up post, plus June was a busy month, so I only managed 3 books: 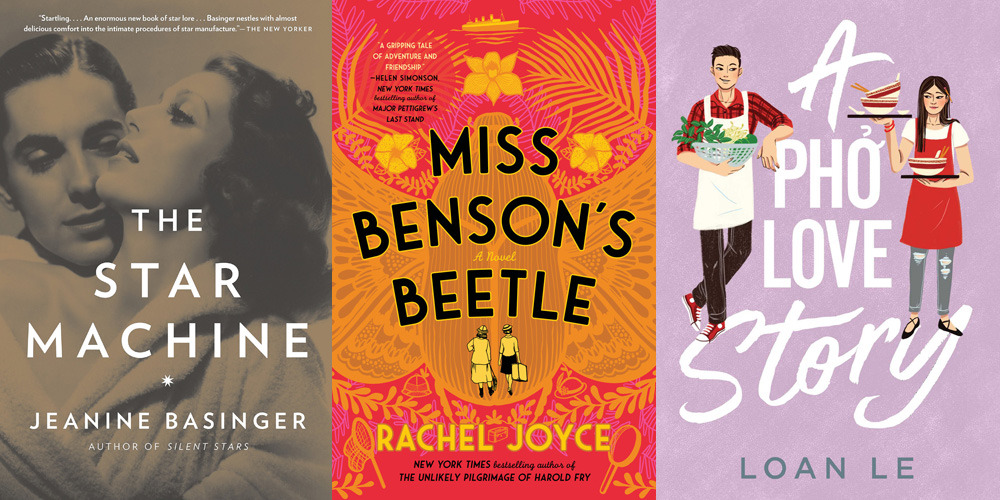 The Star Machine by Jeanine Basinger:

I’ve always found Old Hollywood fascinating, so this book, which discusses how movie stars were manufactured (and they were manufactured, not merely “discovered”) by the studio system during the Golden Age of Hollywood (1930s-1950s, roughly), is right up my alley. It details the step-by-step process of making a star and features several “case studies” of when the machine worked and when it didn’t, and why, by examining of the careers of Tyrone Power, Lana Turner, Errol Flynn, Deanna Durbin, Jean Arthur, Norma Shearer, and others. It’s very insightful and entertaining at the same time, and I’ve been on a classic movie binge because of it. 5/5

I quite enjoy Rachel Joyce’s previous book, “The Unlikely Pilgrimage of Harold Fry”, so of course I had to check out her next book. It’s about a spinster teacher in post-WWII London who teams up with an unlikely “assistant” to travel to New Caledonia and search for a mysterious beetle. It combines several of my favorite genres and subject matters (travel, nature, a bit of history, adventure), and at the heart of it is a moving story about friendship and going out of your comfort zone – pretty similar to “Harold Fry”, in fact. I found the two characters a bit silly and annoying at first, but I soon warmed up to them. My one complaint is the two subplots – one feels forced and a little repetitive, and the other goes nowhere. Still, it’s very good and fairly quick read. 4/5

I don’t often read romance, and I read YA romance even more rarely, so the only reasons I decided to read this – a star-crossed romance between two Vietnamese-American teens whose families run rival pho restaurants – are 1) I’m Vietnamese and 2) I like food-themed books. I was prepared to not like the romance, so in a way, the book meets my expectation – the romance is pretty clichéd. The chapters switch between the main characters’ POVs, but their voices are not different enough, so I often found myself confused as to whose POV I’m following. Plus, the reason behind the families’ feud is too slight and not convincing at all. As for the food descriptions, they’re okay, except for one glaring issue: you do NOT put hoisin sauce in pho! Also, I find the Vietnamese phrases scattered throughout the book rather distracting – some are downright incorrect, and even the correct ones are too stilted and not natural enough. For the teens, that can be forgivable, because they’re not born in Vietnam, but even the parents’ Vietnamese is questionable. 2/5