I only managed two new books this month, but I decided to stick with the schedule anyway, especially since I’m going to miss March’s book reviews (due to SIA). Unfortunately, neither of the books is really enjoyable… 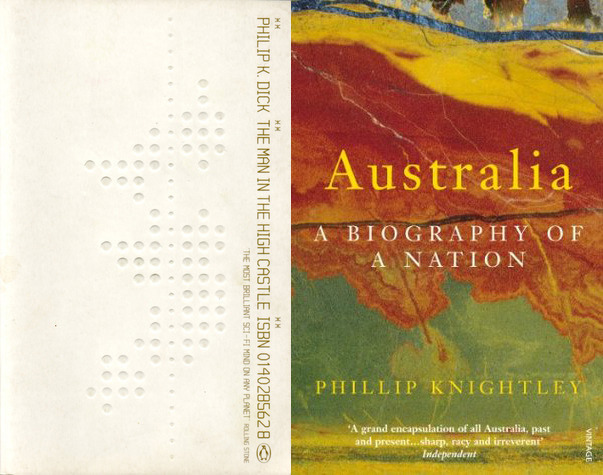 The Man in the High Castle by Philip K. Dick:

As a sci-fi fan, I’m a bit ashamed to admit that I haven’t read Philip K. Dick until now (but then again, I haven’t read a lot of the classic sci-fi authors. The only one I really like is Ray Bradbury, and I haven’t even read his most famous work, Fahrenheit 451.) I’ve seen the movies based on his books (Blade Runner, Total Recall, Minority Report, A Scanner Darkly and The Adjustment Bureau, to name a few), and now, having read one of his novels, I can see why his works are so popular in film and TV – he was a genius at creating believable sci-fi worlds. This book, which revolves around an alternate world in which the Nazis won World War II, is filled with details big and small that make that world seem so real. However, plot-wise, I can’t tell you exactly what happens – there are a bunch of loosely-connected storylines, but they don’t really go anywhere, and the characters are not exactly engaging either (maybe this is why his works have been adapted so many times. They provide ideas on which you can build your own plot.) A+ for concept and C- for story. 2/5

Australia – a Biography of a Nation by Philip Knightley: (I swear I didn’t pick books by authors both named “Philip K” on purpose!!!)

I picked this book to read on my Russia trip because it’s nice and thick, but it ends up being such a slog that I didn’t finish it until after I came home! I’ve always been fascinated by Australia, so I thought a book about its history would be right up my alley. The problem is, I’m very picky when it comes to non-fiction books, and if a non-fiction book is too dry (like this one) or badly organized (it follows the history of Australia chronologically, but the early days are glossed over, while there is a lot about military history), I would get annoyed. There are some parts I enjoyed, especially the anecdotes about the author’s childhood growing up in Depression-era Sydney. I wish the whole book was like that. 2/5