In the last review, I said this month I’d just read Discworld books because last month’s books frustrated me so much. However, as I only have three Discworld books left to read, I want to save them until I’m absolutely ready for them. So I turned to my to-read pile instead, which is why this month’s reads are a little random. Here goes: 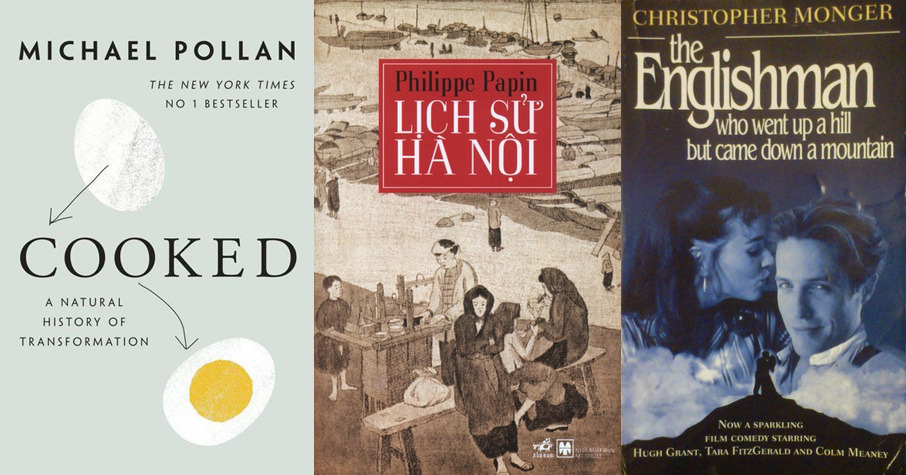 After “The Omnivore’s Dilemma”, Michael Pollan is quickly becoming my favorite food writer, so I decided to check out another one of his books. In this one, he explores the four basic methods of cooking, which correspond with four basic elements – grilling (fire), braising (water), leavening (air), and fermenting (earth) – and shows how cooking is the bridge between nature and culture. He actually tries to master these methods of cooking and documents his efforts in detail and even includes the recipes at the end of the book as well. If you’re not interested in food, Pollan can come off cloyingly effusive and a bit bourgeoise in his approach, but I find it all fascinating. 4/5

The History of Hanoi by Philippe Papin:

I’ve read many books on Vietnamese history written by Vietnamese authors and was often frustrated at the lack of organization and research, so in picking up a book by a French historian with a special interest in Vietnam, I was hoping the information would be presented in a more scientific manner and would give me some new insights into the history of my country. The book is certainly well researched, but only from the late 18th century on – the earlier stuff remains frustratingly vague. That’s when I realized the fault is not with the author; our own early history is simply so muddled and under-documented that it’s difficult for anyone to make sense of them (I mean, the classic tome of Vietnamese history, written in the 15th century, still documents a case of a king being turned into a tiger as if it were fact!) Plus the book is really dry. Other than Ian Mortimer’s Time Traveler’s Guide series, I have yet to find an entertaining history book. 3/5

The Englishman Who Went Up a Hill and Came Down a Mountain by Christopher Monger:

Well, I did say the books were random, didn’t I? I know of this movie with Hugh Grant but didn’t realize it’s a novel until now. The story is pretty simple – during WWI, two English mapmakers arrive at a small Welsh village to measure their beloved mountain, but when it turns out to be just shy of 20 feet to meet the required height, the villagers set out to change the measurement by any means necessary. It’s nothing special, but it’s a fun, quick read, and the characters are all colorful and memorable. 3/5

This is also the last book review post of the year, as next month I’m going to do the yearly round-up, same as last year. See you then!