I missed last month’s book reviews because it was my turn to host SIA, so here is my reading for both February and March: 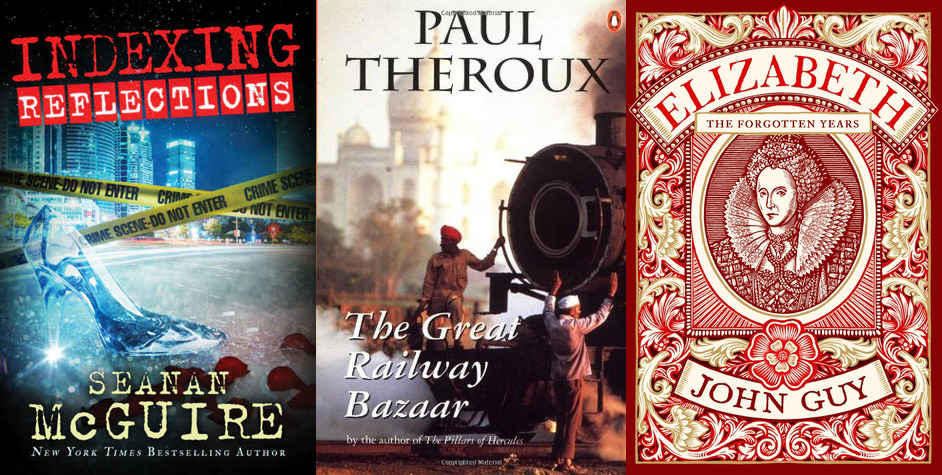 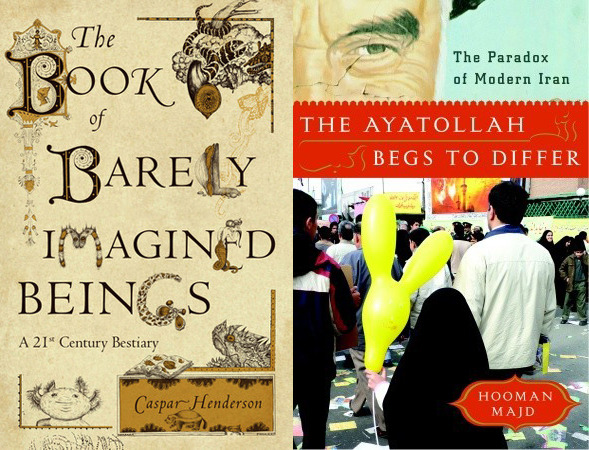 This is the second book in the “Indexing” series (read my review of the first book here), and it continues to follow Agent Henrietta “Henry” Marchen and her team as they try to stop fairy tales from taking over their world while Henry continues to struggle with being a Snow White. I enjoy the world and the characters, as usual, but I still have the same problem with this book as I did with the first one: the villain’s motivation is not clear. They want fairy tales to manifest in the real world, okay, but why? What would they achieve by doing that? For example, are they trying to pull off a heist by pulling a “Sleeping Beauty” and making everybody fall asleep? No. The only answer the book seems to offer is that they are nuts, but I think that’s a bit lazy. 3/5

Considering how much I love train traveling, I’m a bit surprised it took me this long to read this classic travelogue about a train trip from London to the Far East. However, as I read it, I began to understand why. It’s not a humorous travelogue, and I’m used to Bill Bryson’s more relatable travelogues with his self-deprecating humor. I find this boring and the author seems so full of himself. More importantly, the author doesn’t seem to enjoy his journey in particular (as opposed to Bill Bryson’s books, he always finds something nice or at least funny to say about the place he’s been to.) And if he doesn’t, then why should we? 1/5

This claims to be a biography of Elizabeth I focusing on the latter half of her reign, but I think a more accurate description would be “The Events in the Latter Half of Elizabeth I’s Reign”, because that’s what it is. Most of it focuses on the men around her – Francis Walsingham, Lord Burghley, the Earl of Leicester, Walter Raleigh, and the Earl of Essex, as well as the kings of France and Spain – and how their actions affected the Queen. It delves into the men’s motivations and desires and feelings, but as for those of the Queen, there is very little. It seems that the author is so afraid of making mistakes in his conjectures about the Queen’s thoughts and emotions that he decides to do none at all. It’s well researched, to be sure, but it is not a biography of Elizabeth I. 2/5

The Book of Barely Imagined Beings by Caspar Henderson, illustrated by Golbanou Moghaddas:

This book takes a look at some of the weirdest and most wonderful animals in nature (one for each letter of the alphabet, except there are two “X” animals and I’m not sure why) and discusses how they can help us to better understand our world. Some of the analogies are definitely reaching (for example, what does an axolotl have to do with racism?!) but it’s still fascinating to read. The beautiful illustrations help, too. 4/5

The Ayatollah Begs to Differ by Hooman Madj:

I picked this up before my Iran trip but didn’t get a chance to read it before I left, so I decided to wait until after I got back and see how the book measures up to my own experience. Subtitled “The Paradox of Modern Iran”, this is an attempt to present the modern Iran society in a nuanced and balanced way. The author is an Iranian who grew up and currently lives in the US, so he certainly can understand both worlds; I only wish that he is a better story-teller. The book is a bit too political for my taste – not in the sense that the author tries to force his political views on the reader, but rather, it discusses politics and politicians a lot; I’m much more interested in the parts that describe everyday life. Plus, the author is really fond of long compound sentences. Sometimes I had to reread the beginning of a sentence (going back about half a page) just to remember what it was about! 2/5