After my transfer tour from Kashan, I arrived in Isfahan (or Esfahan) early in the afternoon. Despite being a big tourist destination, the city has no affordable hotel/hostel within walking distance of the center. However, the hostel I stayed at, Ragrug, offers free transport to the center, so it’s perfect.

As usual, after checking in, I immediately headed out to see the sights. My destination was the Naqsh-e Jahan Square, one of the biggest squares in the world, and its surrounding buildings – the Shah Mosque, the Sheikh Lotfollah Mosque, and the Grand Bazaar (there is also the Ali Qapu Palace, which I didn’t check out.) The scales and the details of the mosques are just stupendous – I must’ve developed a crick in my neck because I couldn’t stop gawping up at their domes. It was like looking up at heaven. 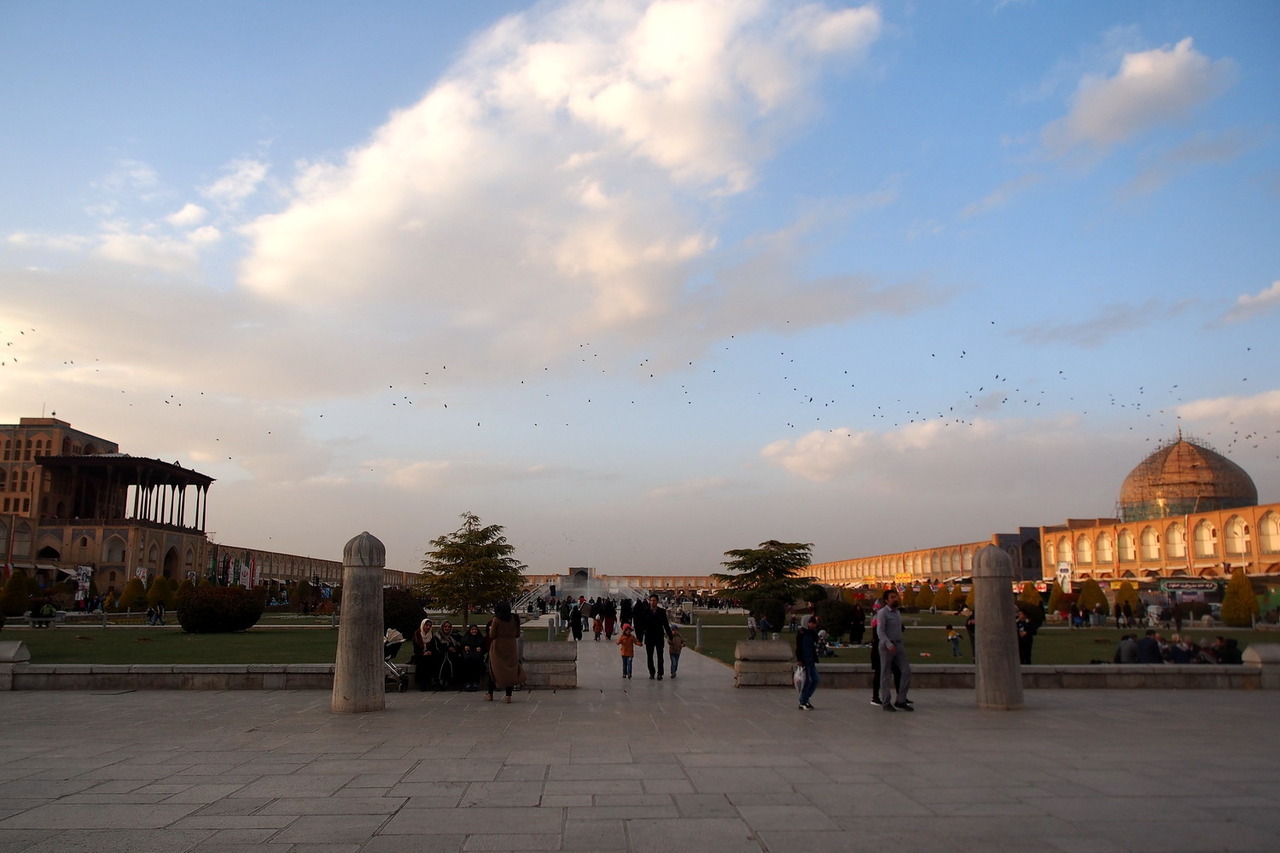 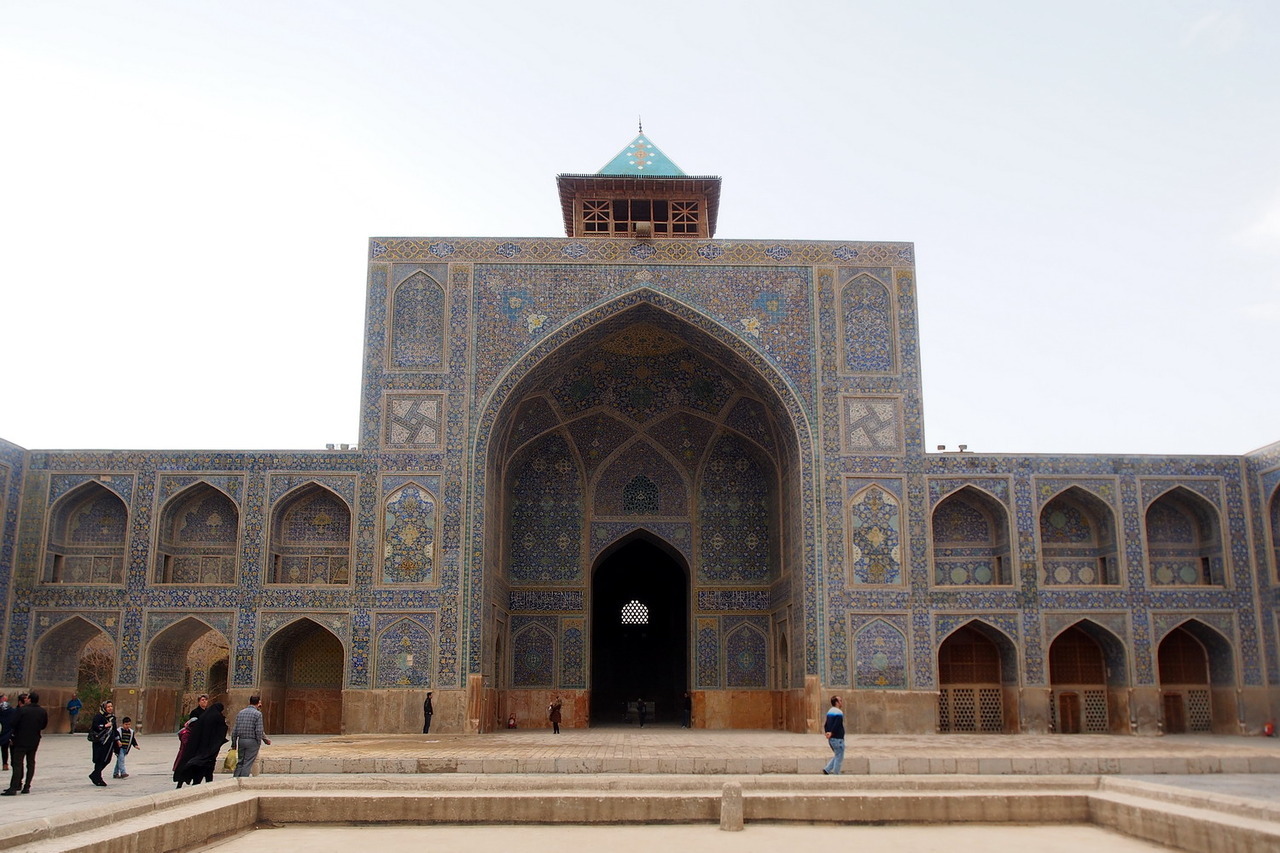 Courtyard of the Shah Mosque 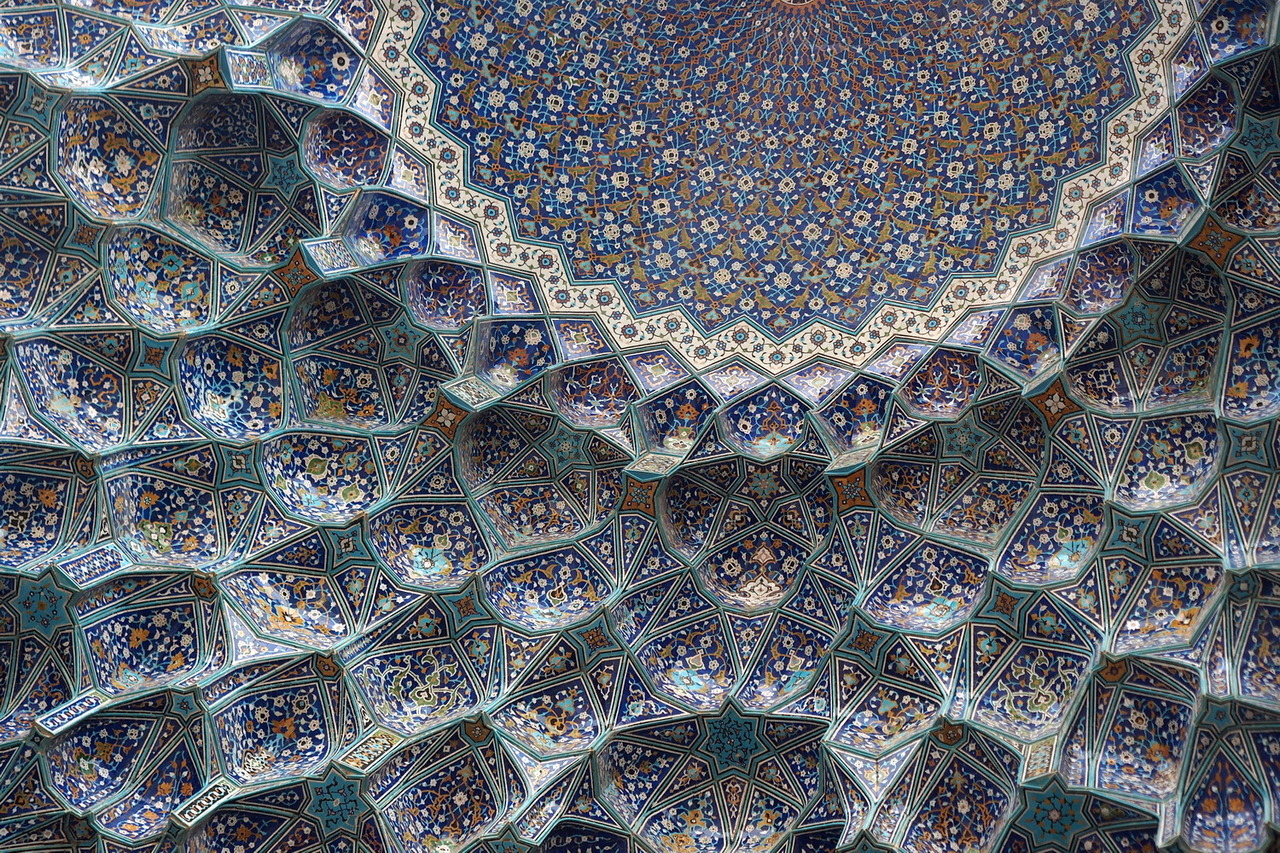 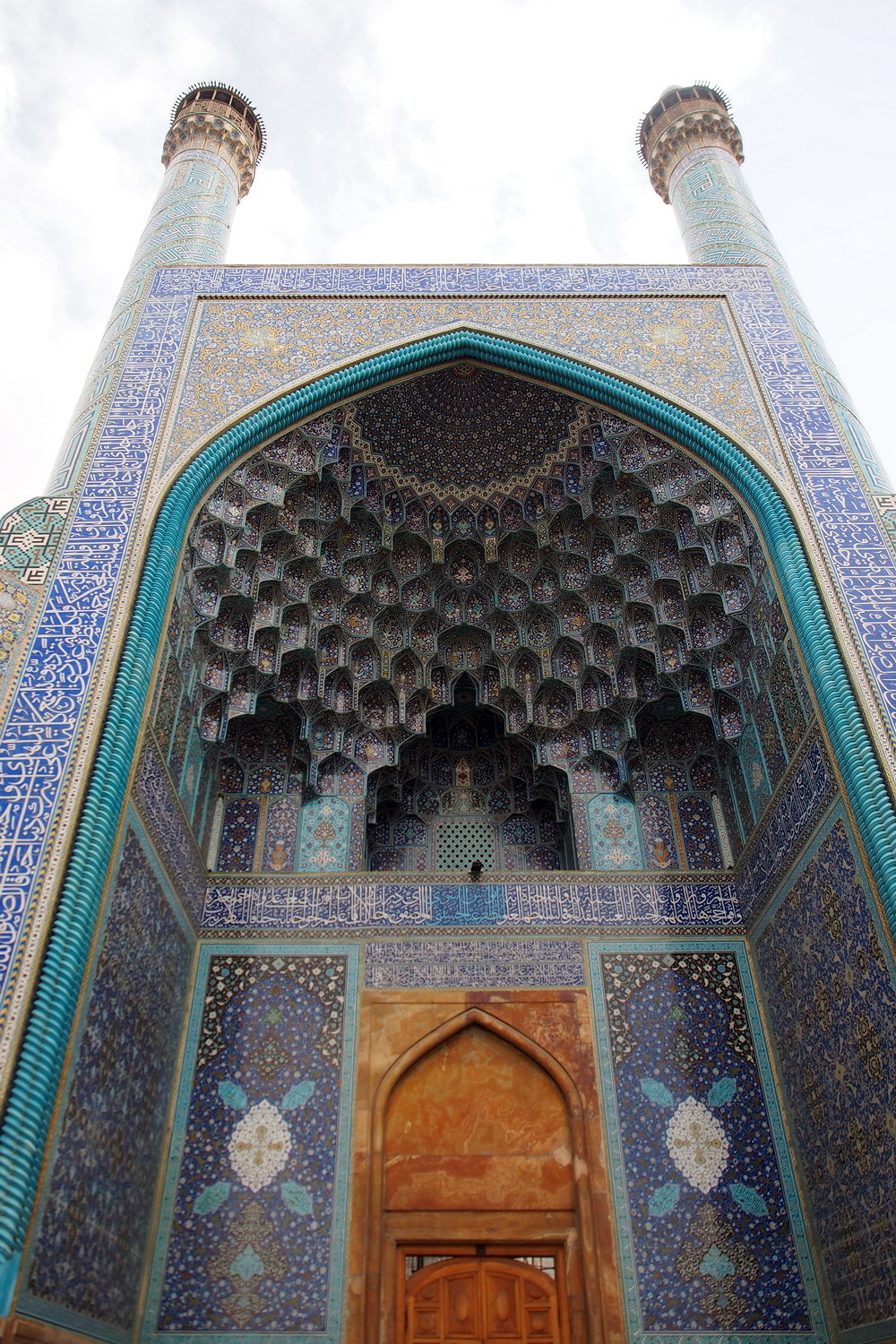 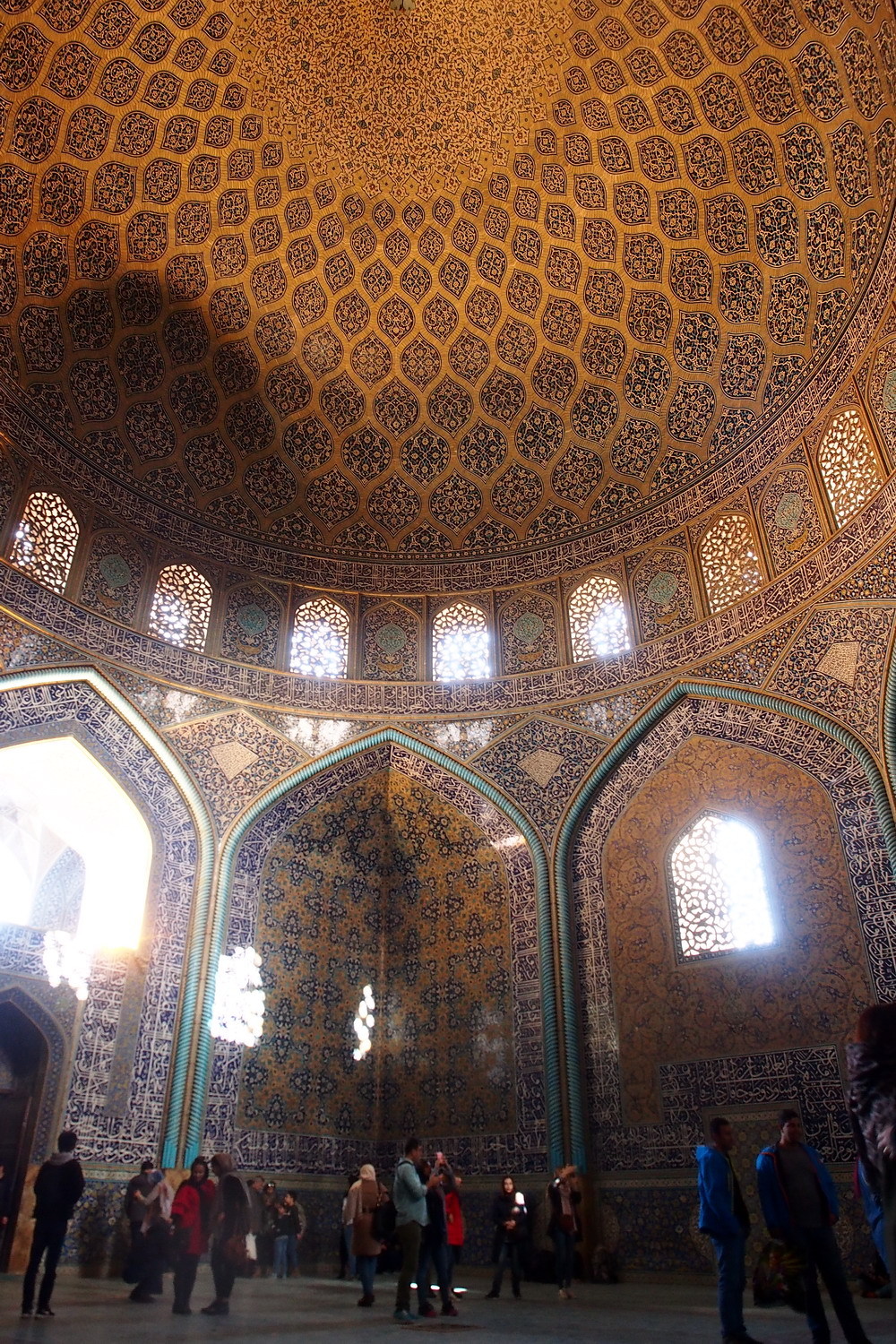 The Sheikh Lotfollah Mosque, outside and in 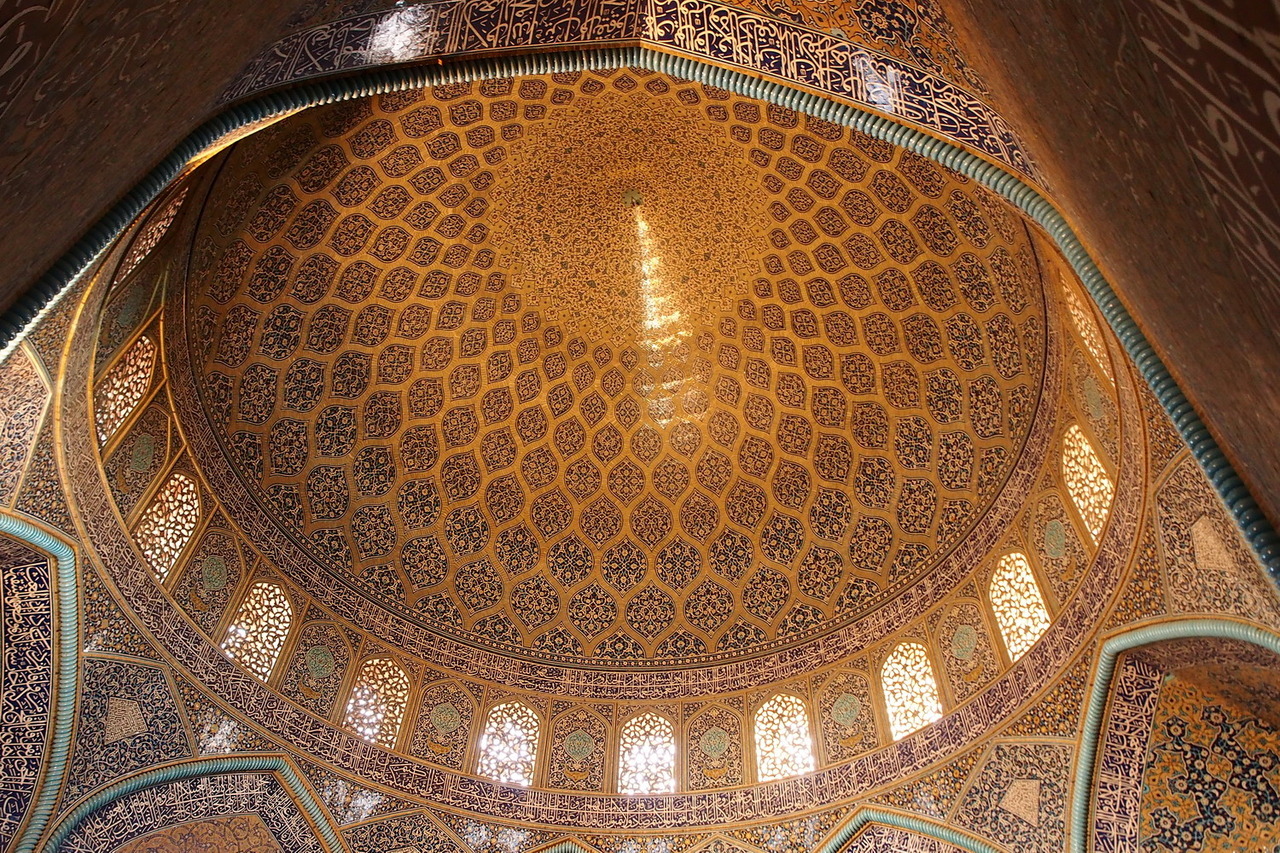 Dome of the Sheikh Lotfollah Mosque

The bazaar was good for souvenir shopping – I was especially impressed by the silver and copper shops! 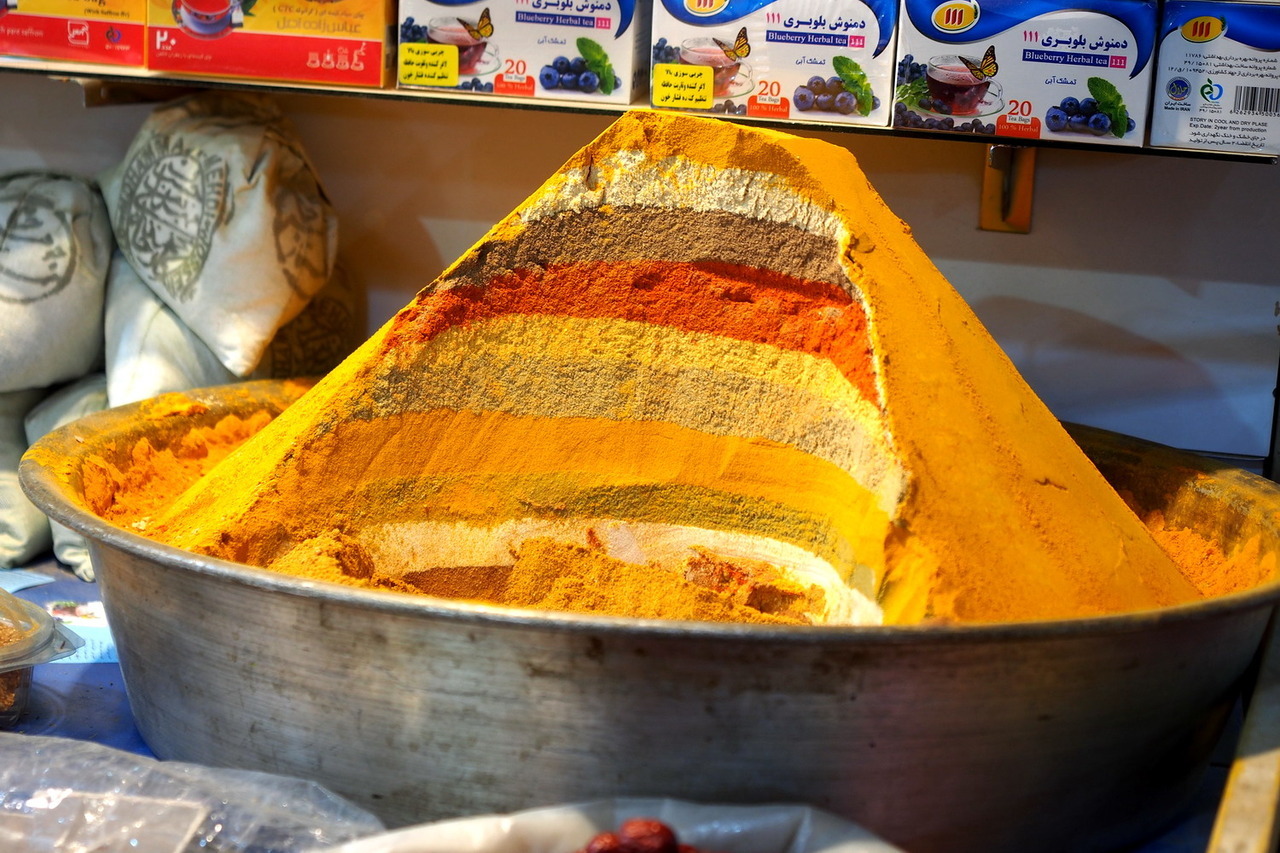 A “spice mountain” in the bazaar 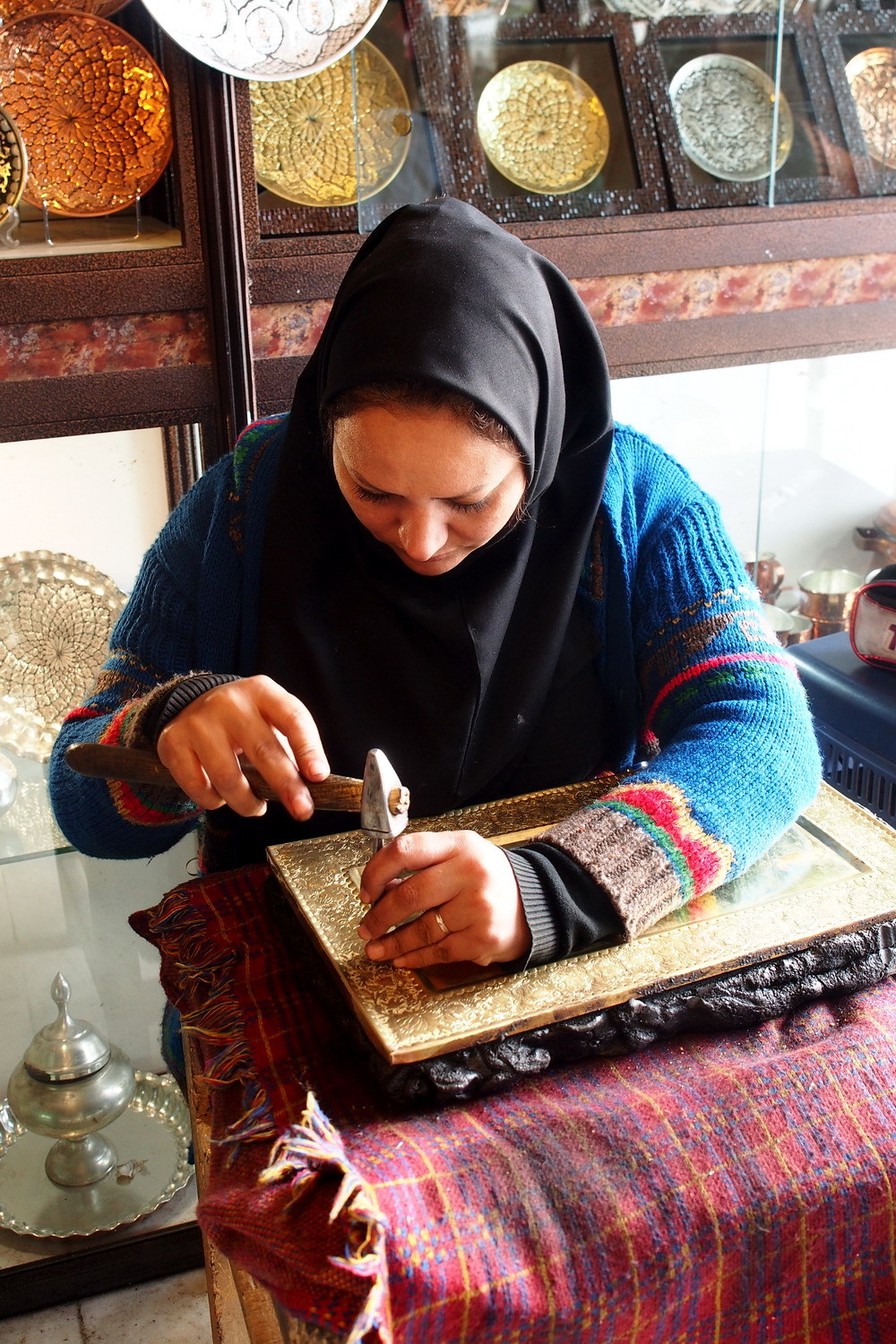 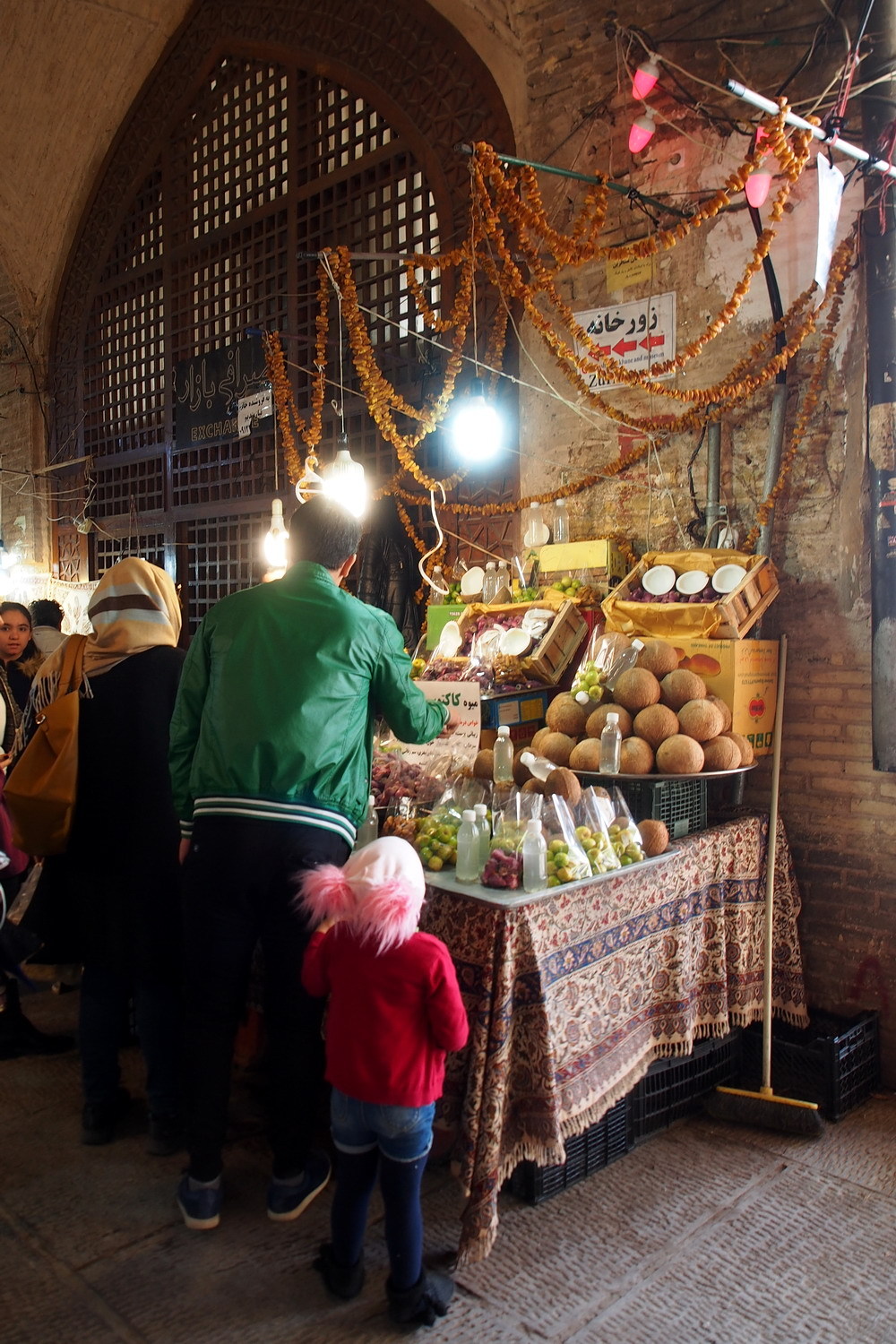 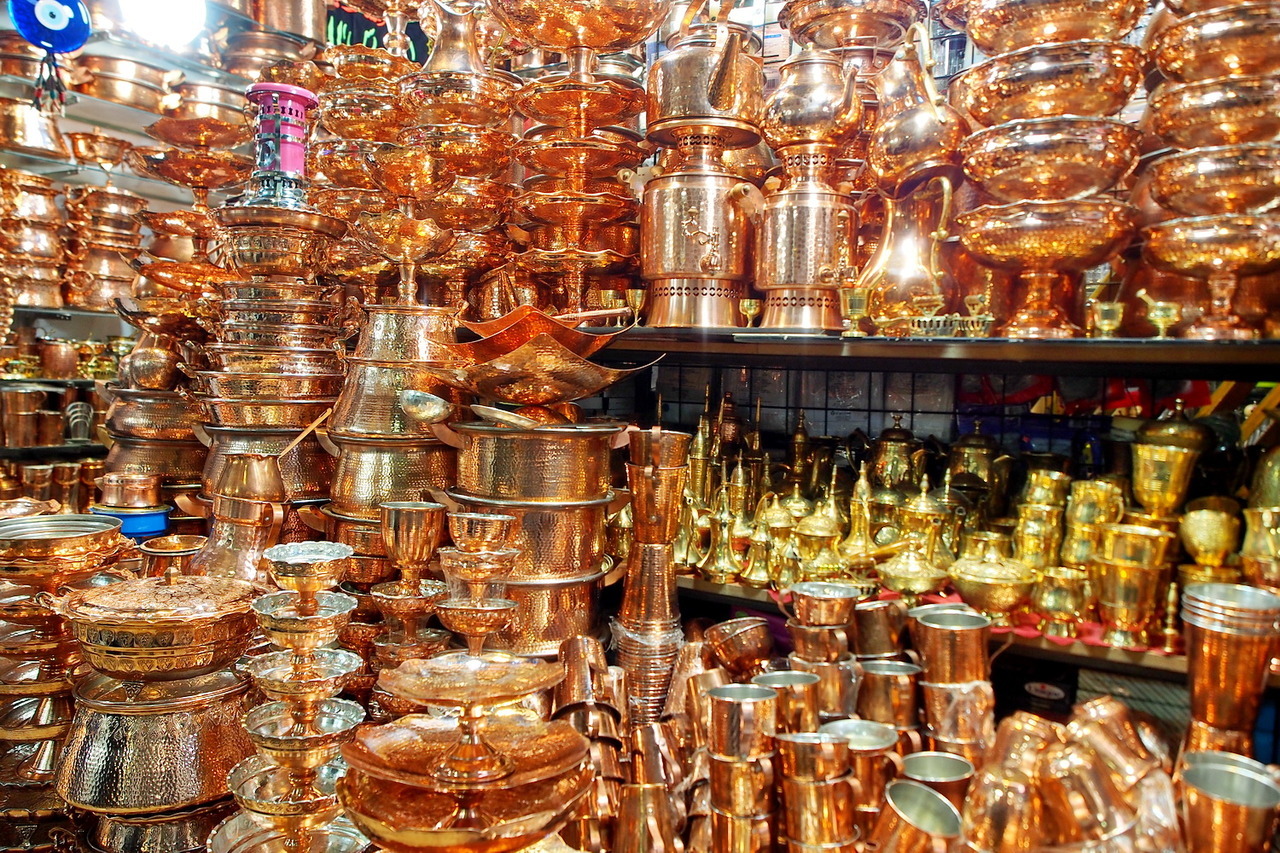 Unfortunately, I arrived just a day before a big national holiday, so everywhere was insanely crowded. I wanted to stay until nightfall to see the square lit up, but the crowd became too much for me, so I pushed on to the Si-o-Se Pol Bridge, one of the 11 historical bridges in Isfahan. The walk took me through a pedestrian street lined with shops and hipster food and coffee trucks parked in the middle – I had dinner on the go from one of these trucks. The crowd was pretty thick here, too, but at least I could keep moving and people-watch. 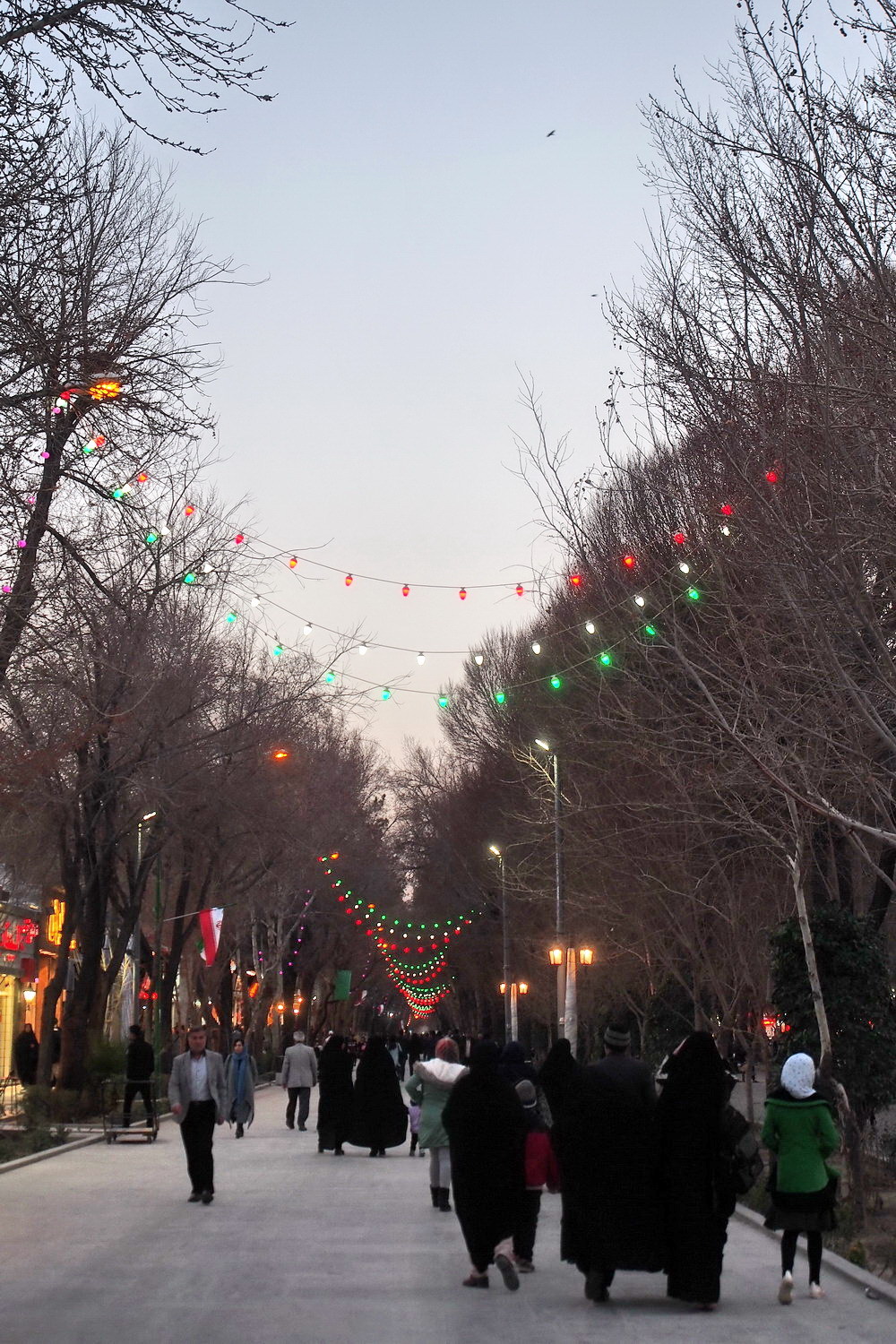 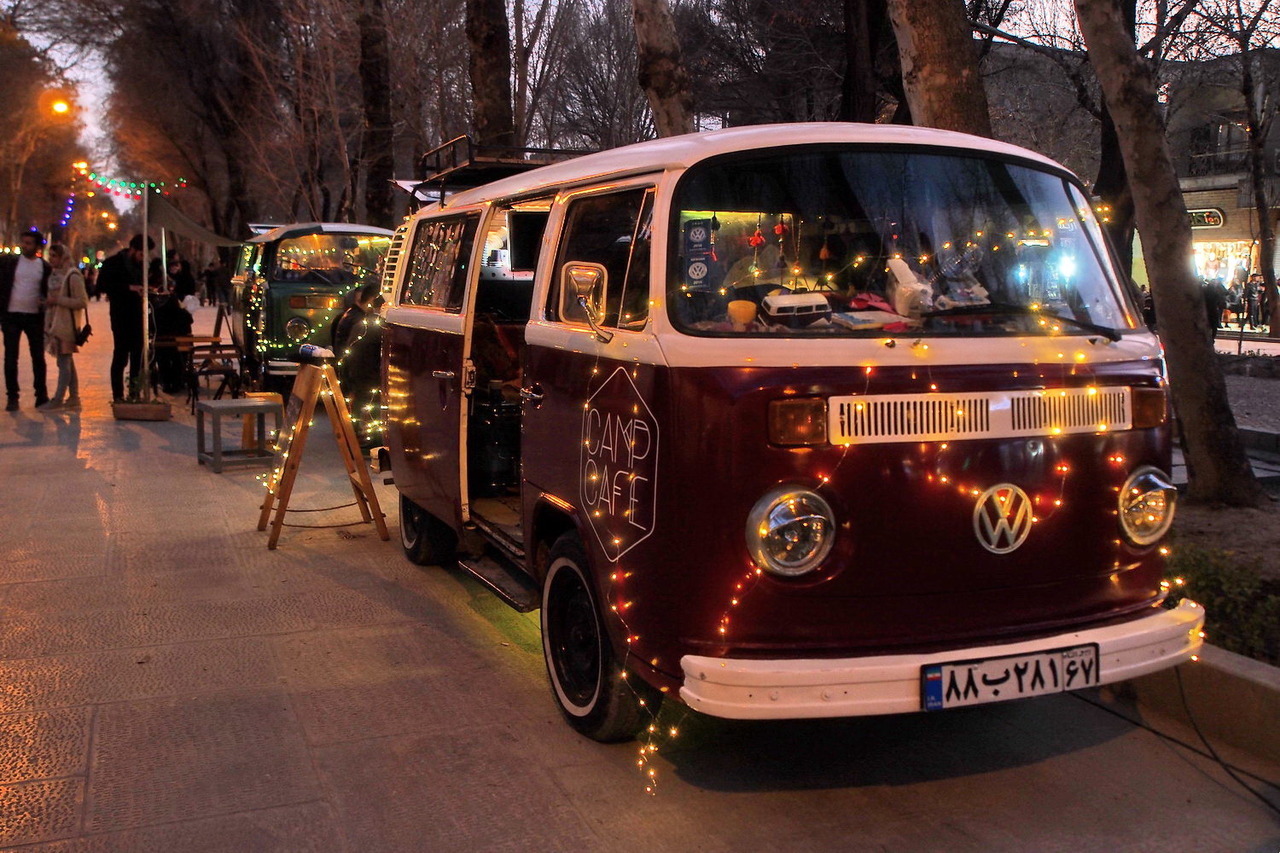 Eventually, I emerged into a square thronged with traffic overlooking the Zayanderud River. Somehow, I managed to reach the bridge, which was super crowded as well. Though the bridge was lit up beautifully and I was happy to see water in the river – most of the recent photos of the bridge showed the river dried up – the crowd was stressing me out. So after snapping a few photos, I went back to the hostel and called it a night. 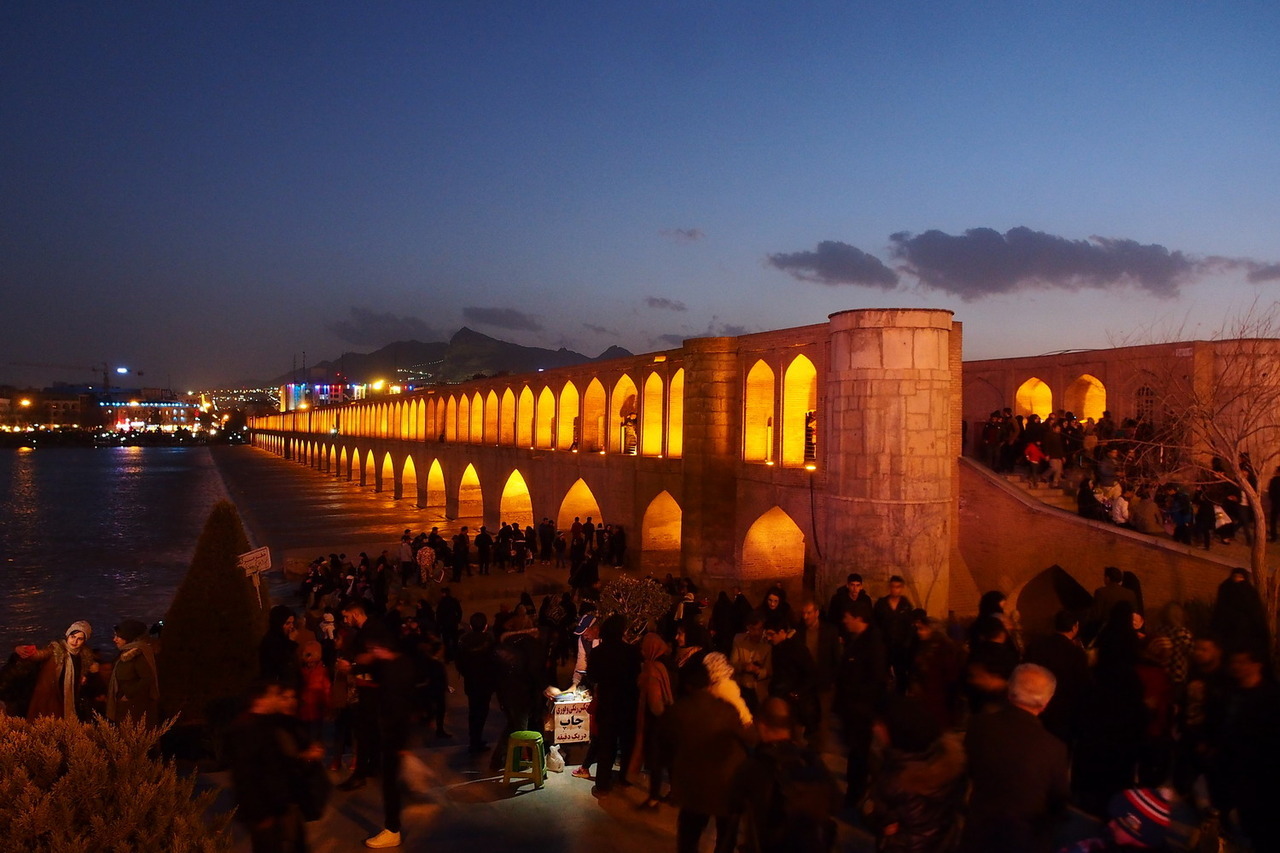 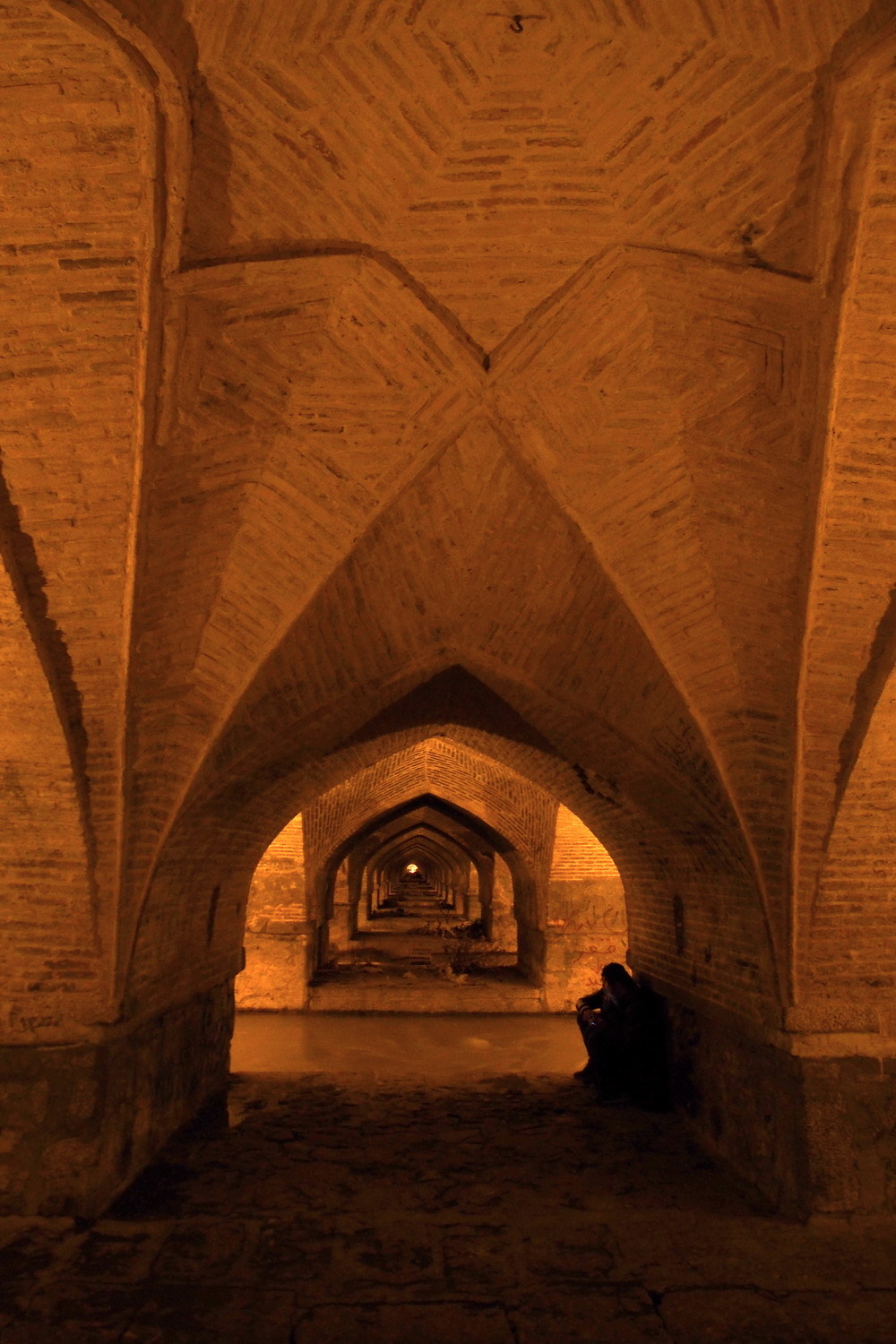 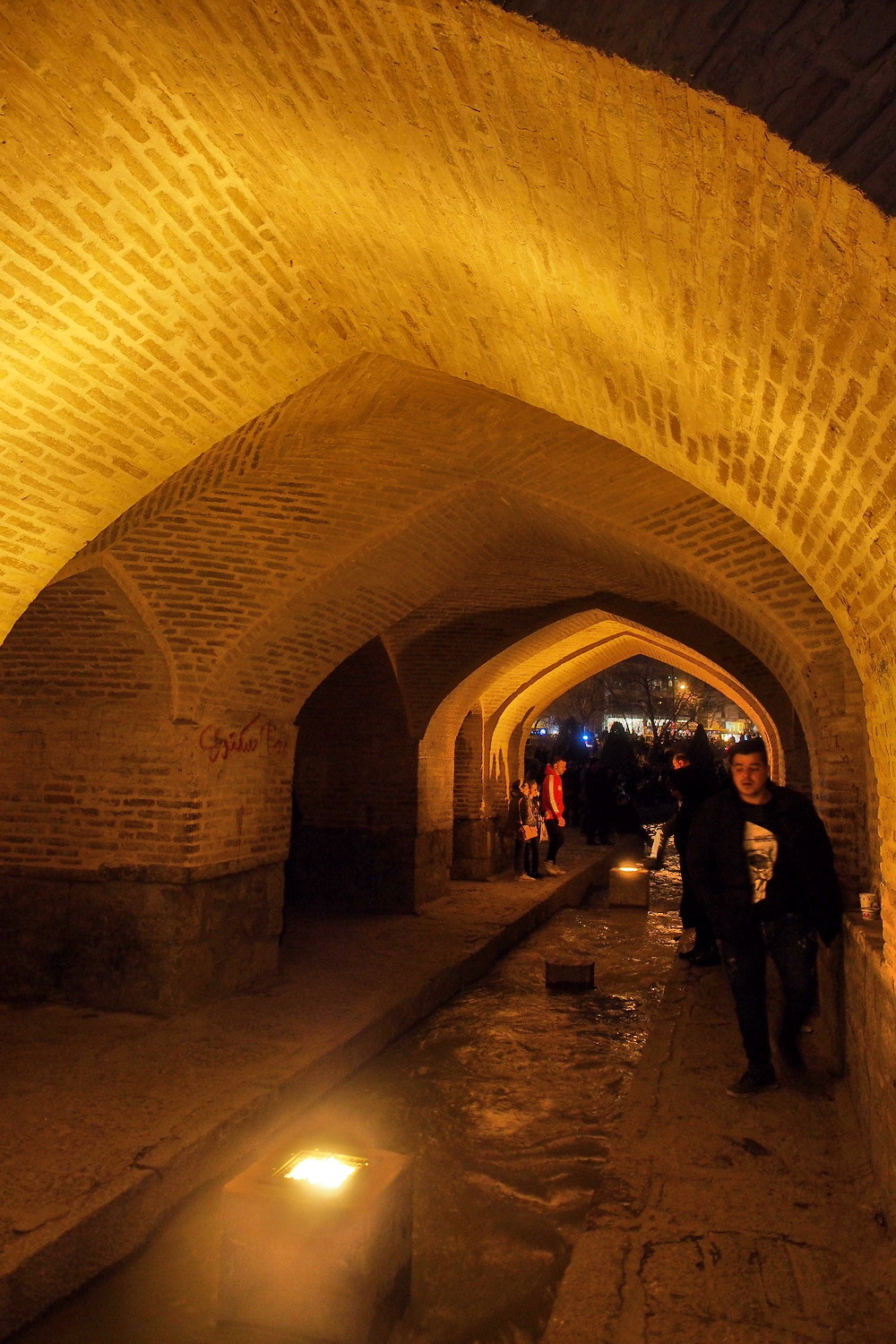 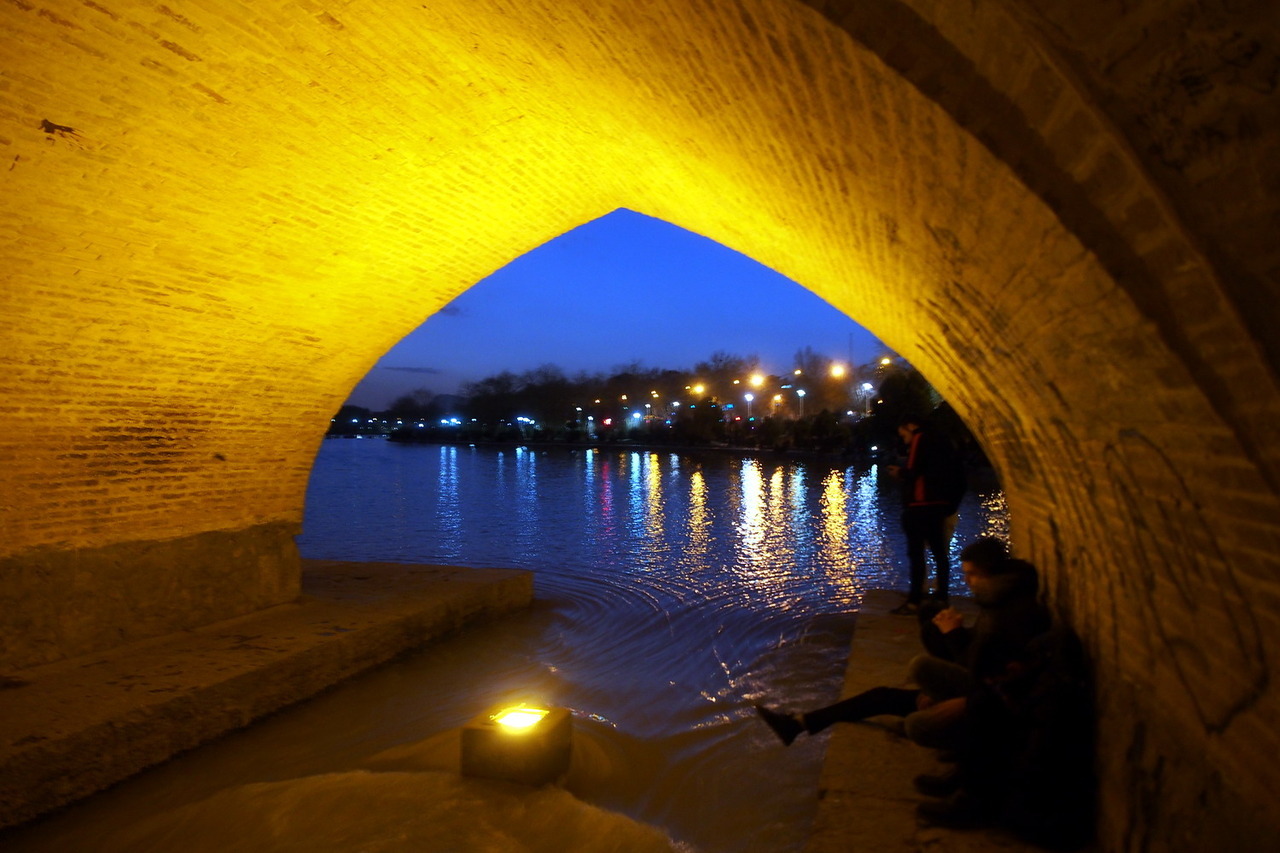 The next day, per the suggestion of the hostel staff, I avoided returning to the city center because a) it was going to be even more crowded, and b) everything was closed anyway. I briefly considered going to the Armenian Quarter to see the Vank Cathedral (Iran isn’t all about the mosques, you know), but after Tehran and Kashan, I was feeling a bit burned out on architecture, so I decided to have a “nature” day instead.

In the morning, I went for a walk on Sofeh, a mountain about 10 km outside the city (I wouldn’t call it hiking, because the paths up the mountain are paved). Although it was drizzling, it was great to get out of the city and away from the crowd. 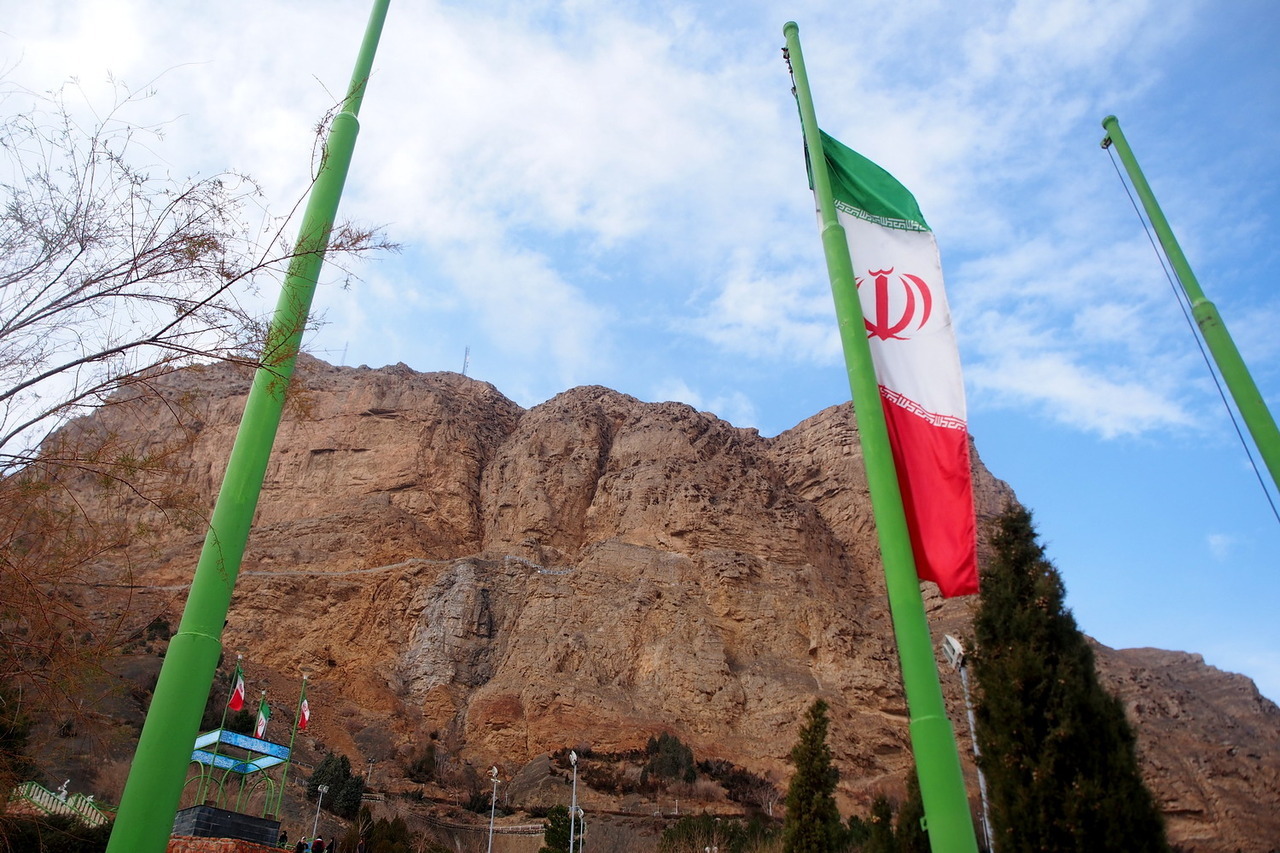 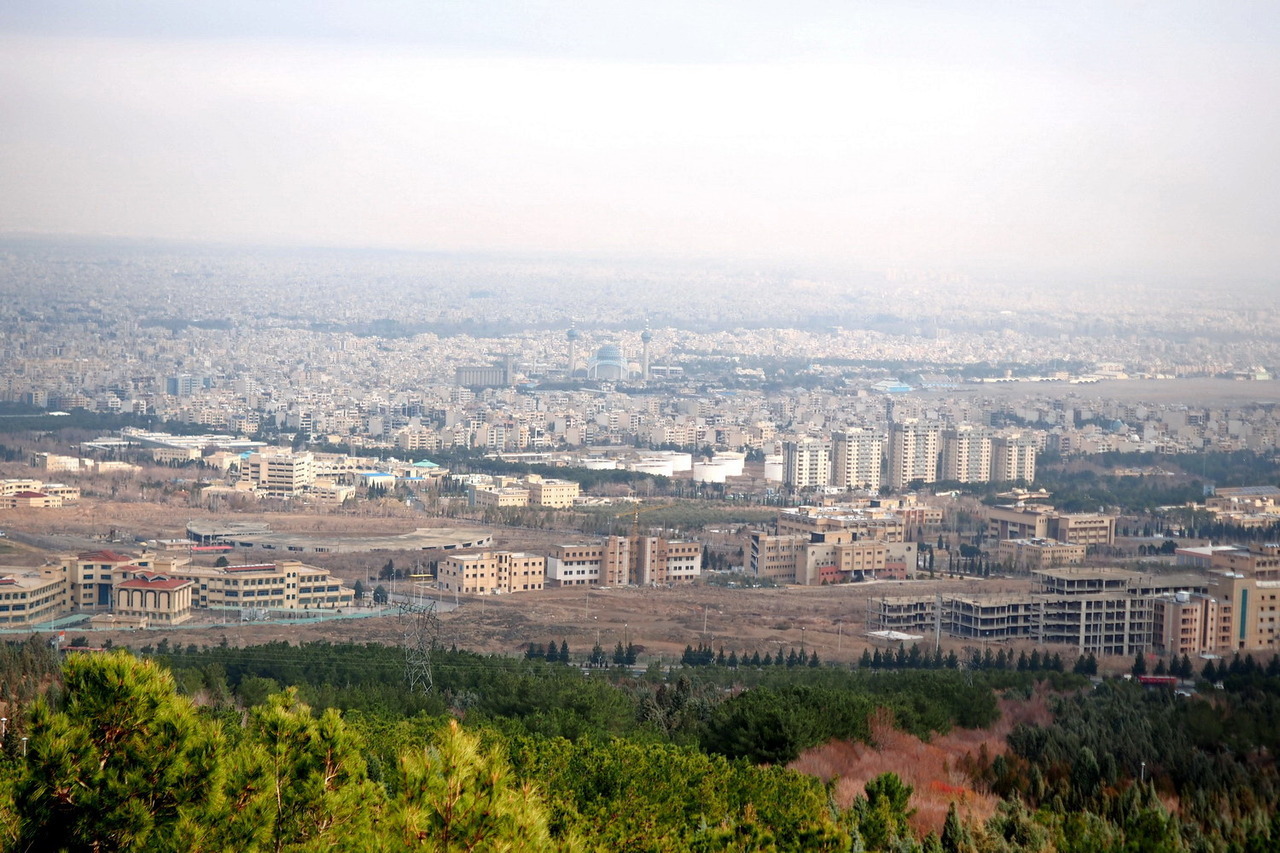 View of the city from the mountain

Then, in the afternoon, I went on a desert tour organized by the hostel (15 euros/person). The sky was clear when we headed out, but as we approached the town of Varzaneh, it started pouring. Ironic, isn’t it? Here we were, hoping to see a scorching desert, and it rained! 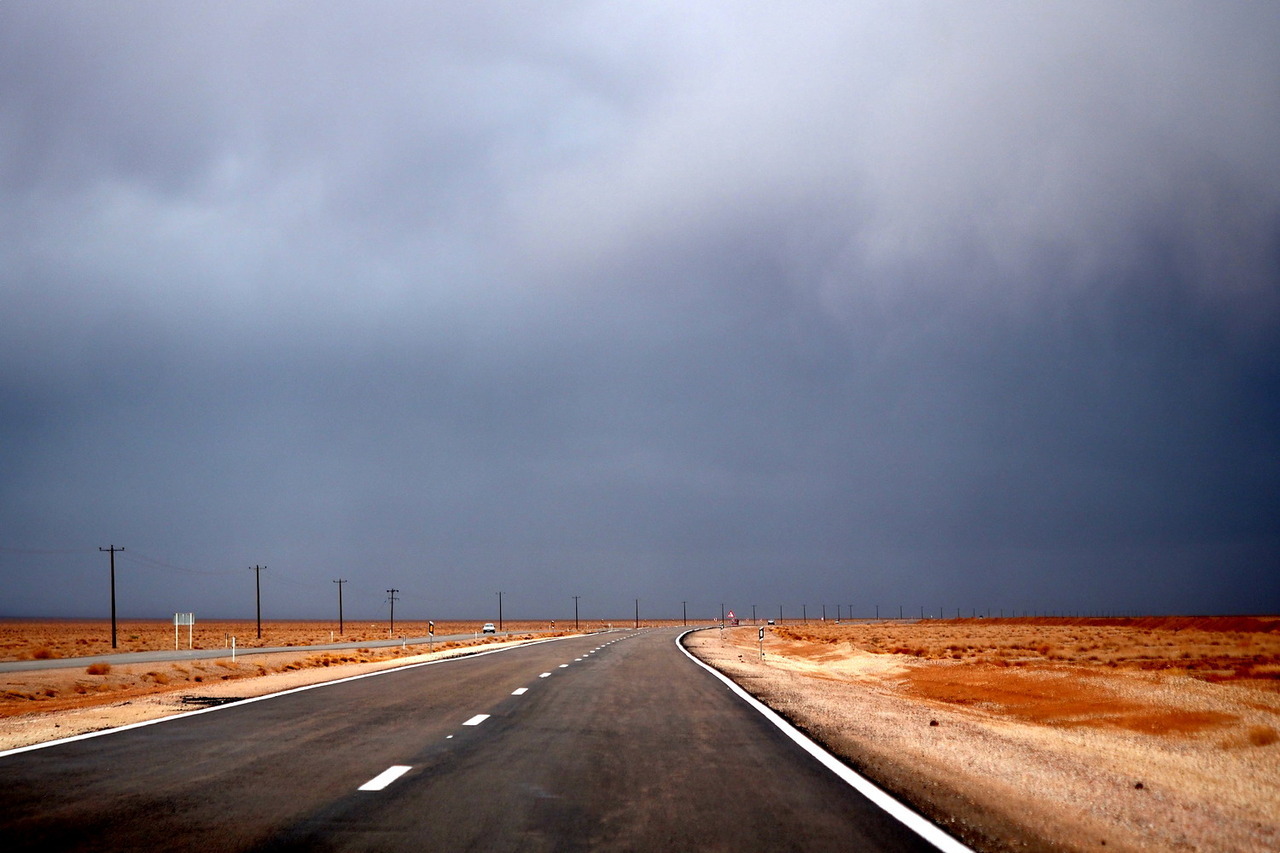 We decided to press on anyway, and it turned out to be a really nice outing. We had some interesting discussion with our guide about life in Iran, about their frustrations in the present and their hopes for the future. It was a great way to get to know the country better.

And the scenery was pretty awesome too. First, we went to a salt lake – it must be really striking in the summer with all the salt crystals coming up, but even in the rain, it still looked impressive, in an alien kind of way. 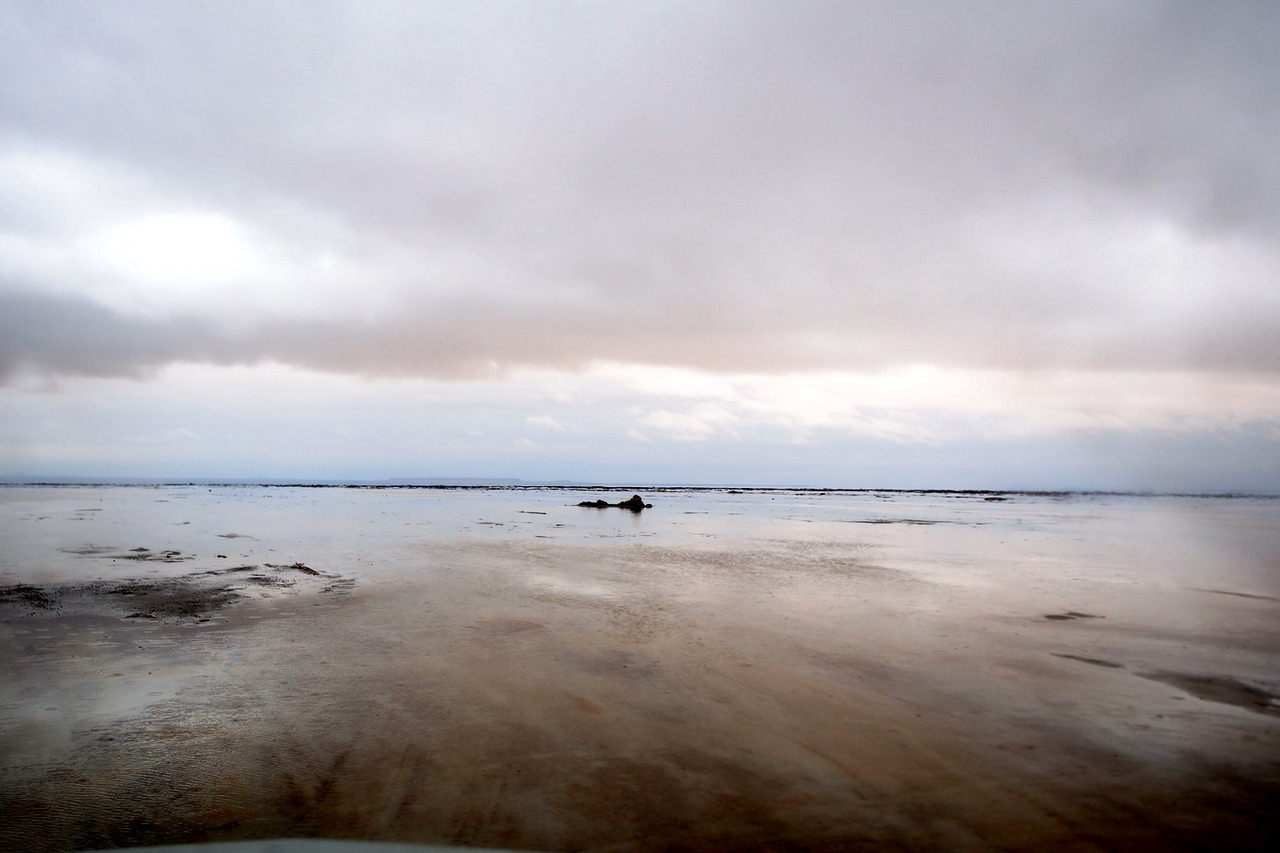 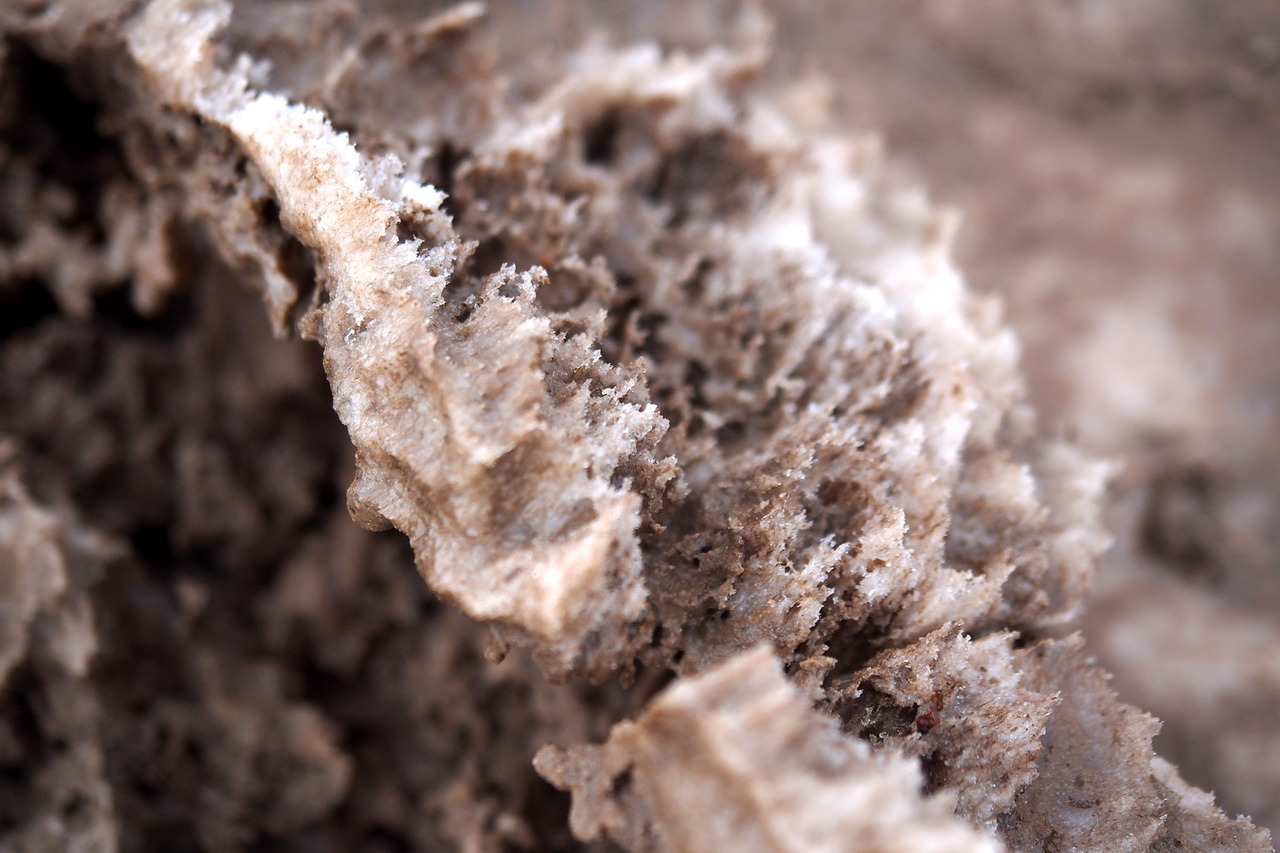 You can still see the salt crystals 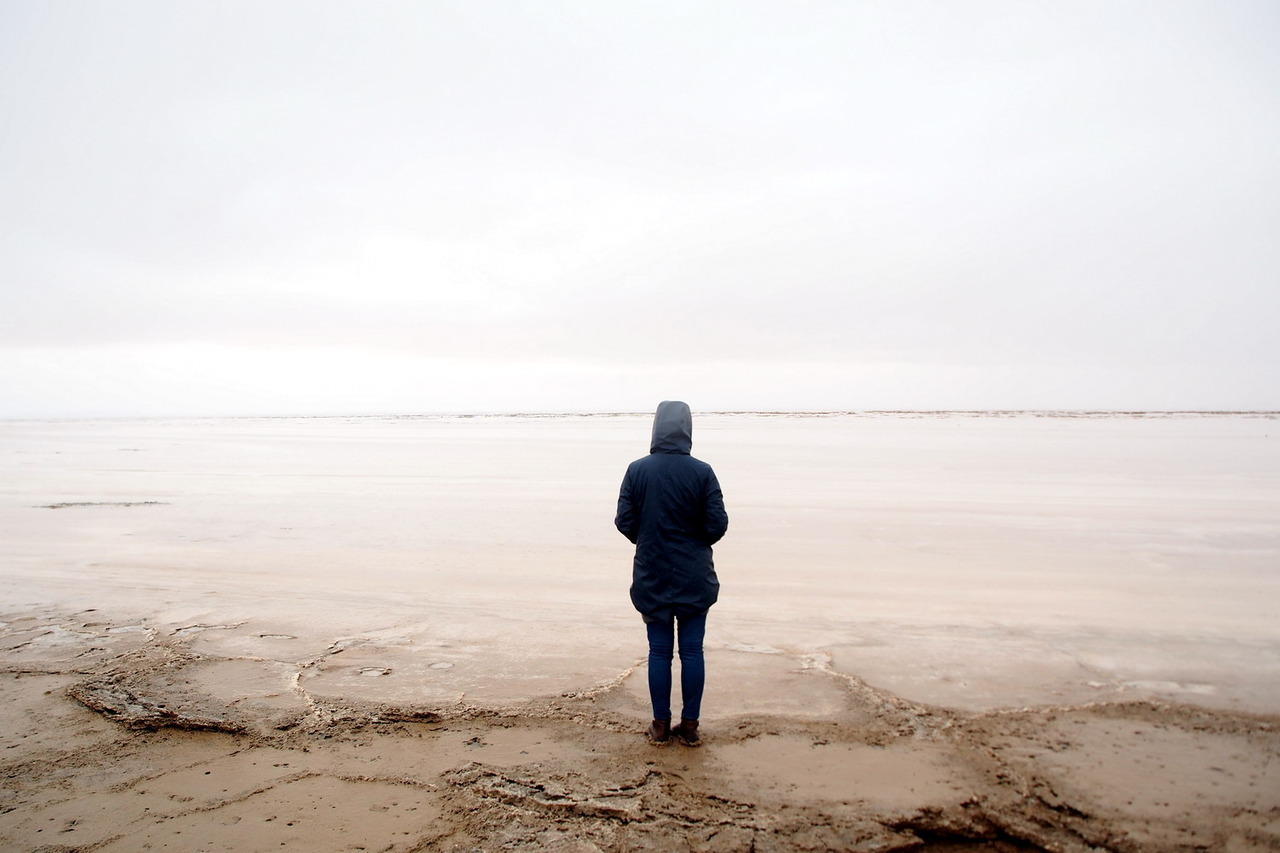 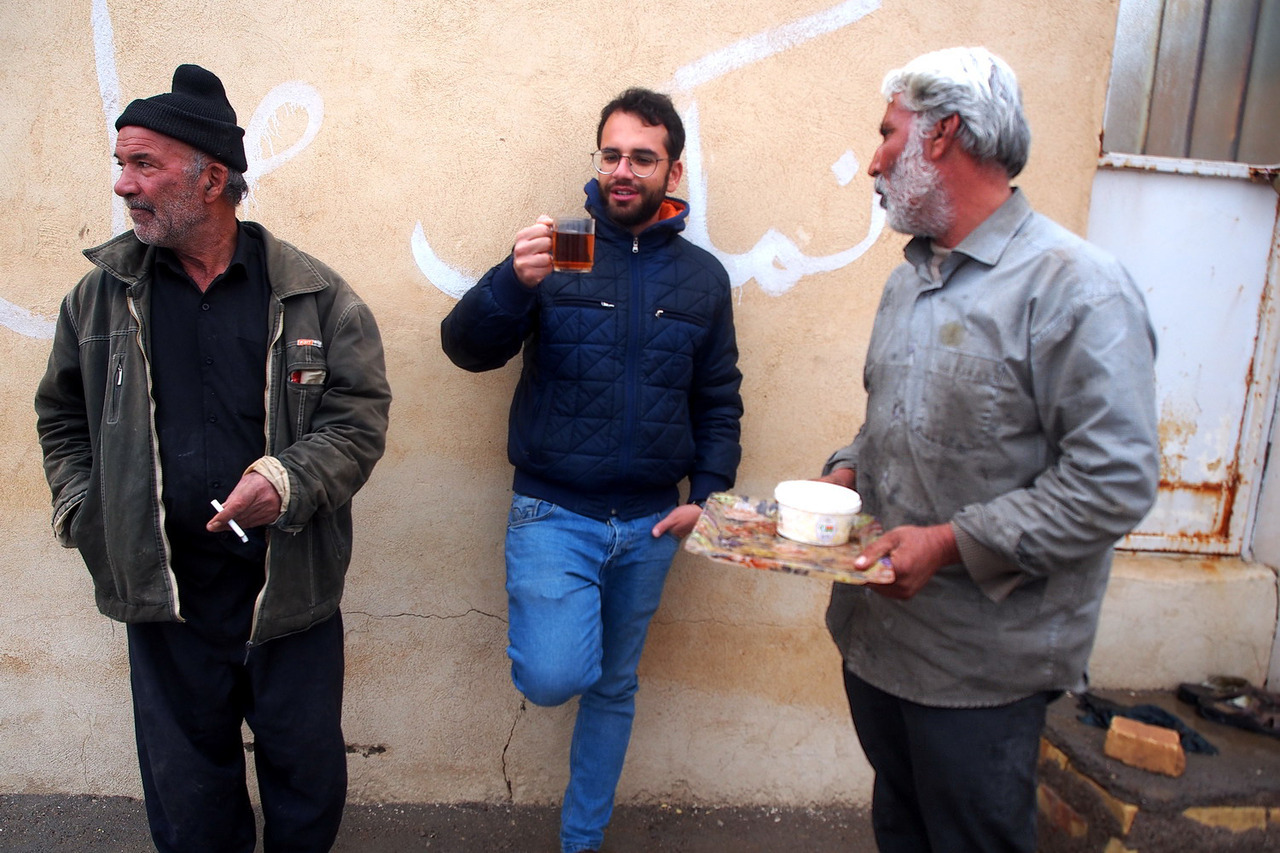 Our tour guide and the two guards working at the salt mine (they offered us tea!)

After that, we headed to the sand dunes. The vastness and emptiness of the landscape is astounding and really makes you feel insignificant (in a good way). 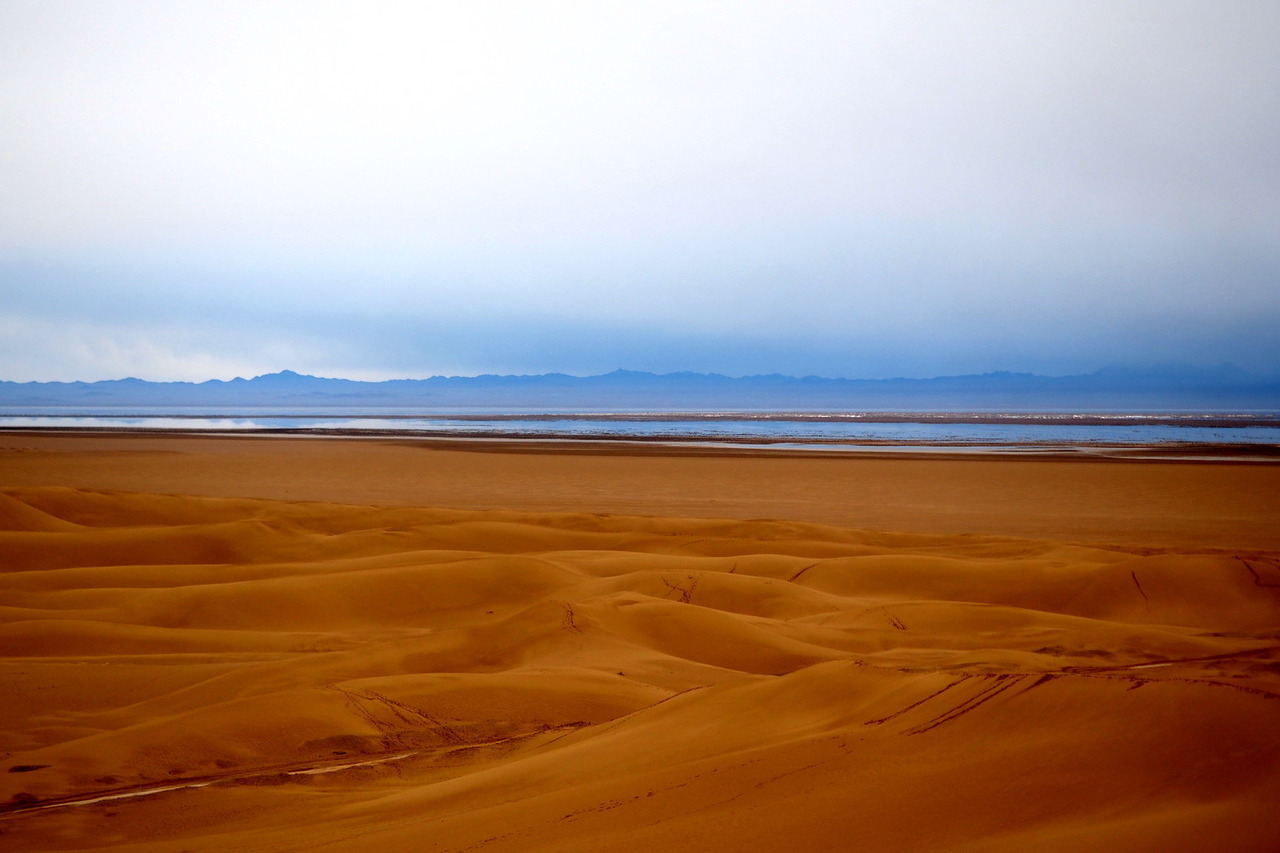 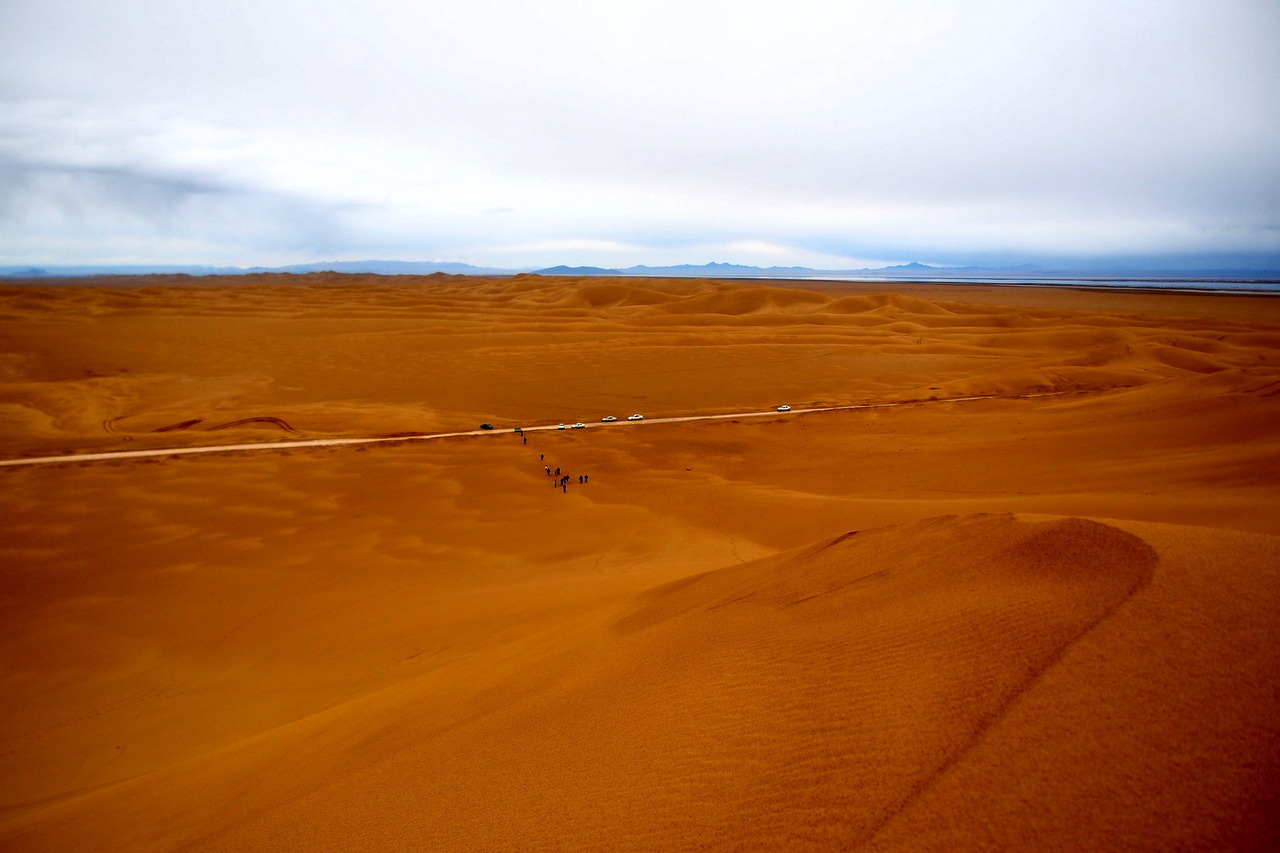 Looks like a set for Mad Max: Fury Road, doesn’t it?

On the way back, we stopped to see a “cow well”, which is a well where the water is drawn up by, you guess it, a cow (actually, it’s a bull), to irrigate the nearby fields. The really fun thing is that the trainer sings to the cow to get it to move – how sweet is that? 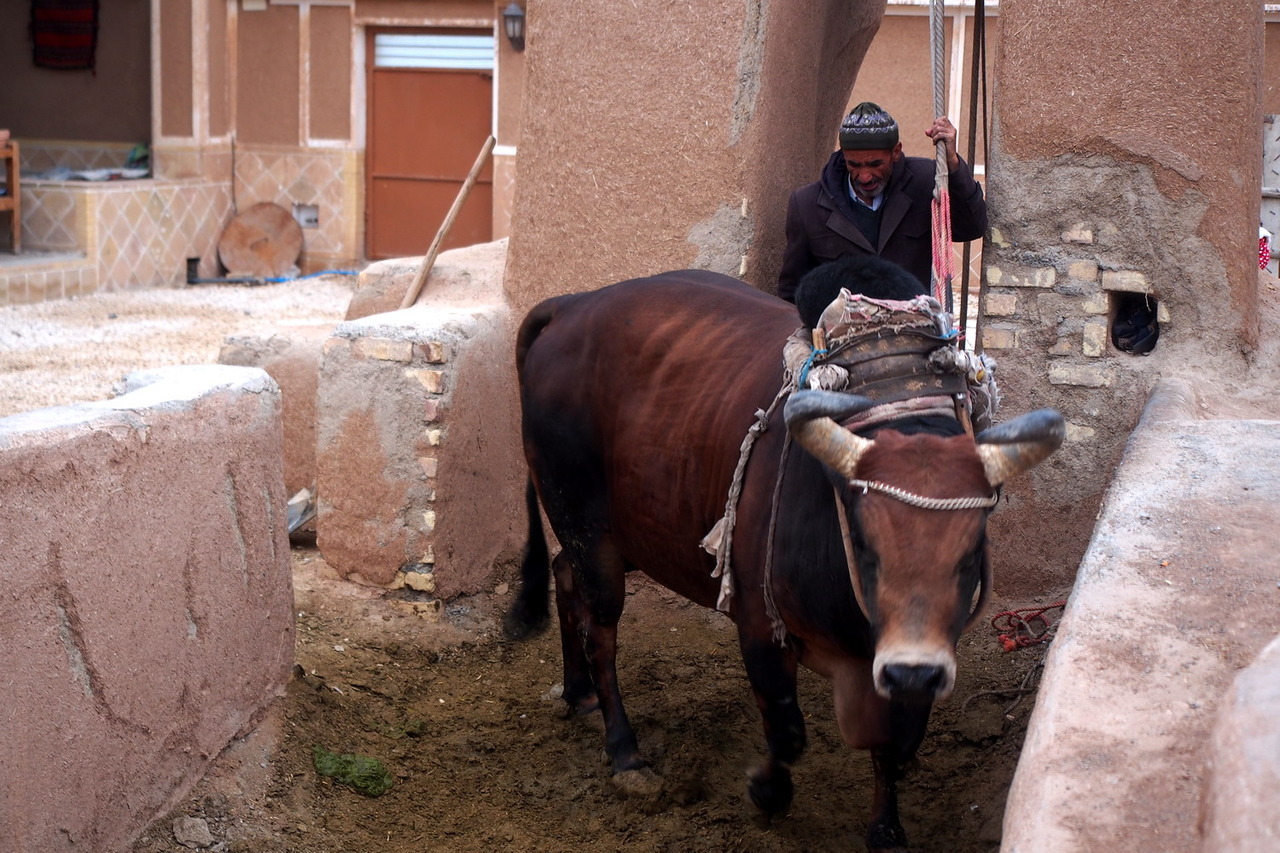 Our last stop was a roadside restaurant where we enjoyed some fresh fish – and I mean super fresh, as we watched the cook catch them from the pond where the fish were raised. 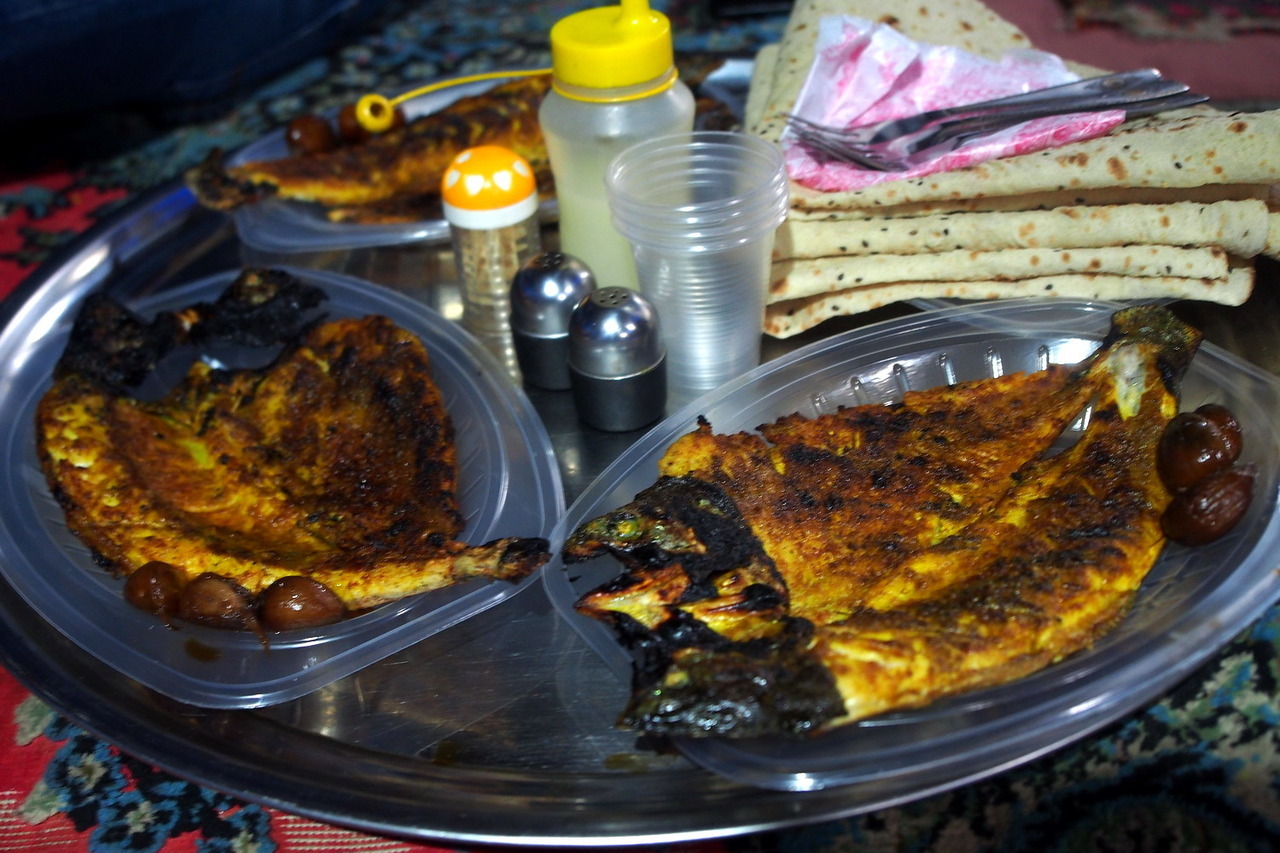 And that wrapped up a really fun day and also my time in Isfahan. There are still a lot of places I didn’t get to see in the city – it’s not called “half the world” for nothing! – but I hope to return one day.