I traveled from Tehran to Kashan on a VIP bus from the South Bus Terminal. There are buses leaving for Kashan every hour, so don’t worry about getting there on time. You just have to get your ticket (the ticket office is upstairs in the main building of the terminal; my ticket cost 200.000 rials, which included a light snack) and keep your ears out for people shouting out your destination.

The trip took 3 hours through the most depressing landscape I’ve ever seen – an endless stretch of brown wasteland, dotted here and there with soot-colored hills. It rained, too, which didn’t help. Thankfully, the rain stopped by the time we arrived; the sun came out, and things started looking up.

Here in Kashan, I’ve found the character that Tehran sorely lacks. Its Old Town is a maze of mud walls (my hostel, Sana Historical House, is located right in the middle of it) that threatens to swallow me up, but thanks to maps.me, I didn’t get lost – well, not too badly. 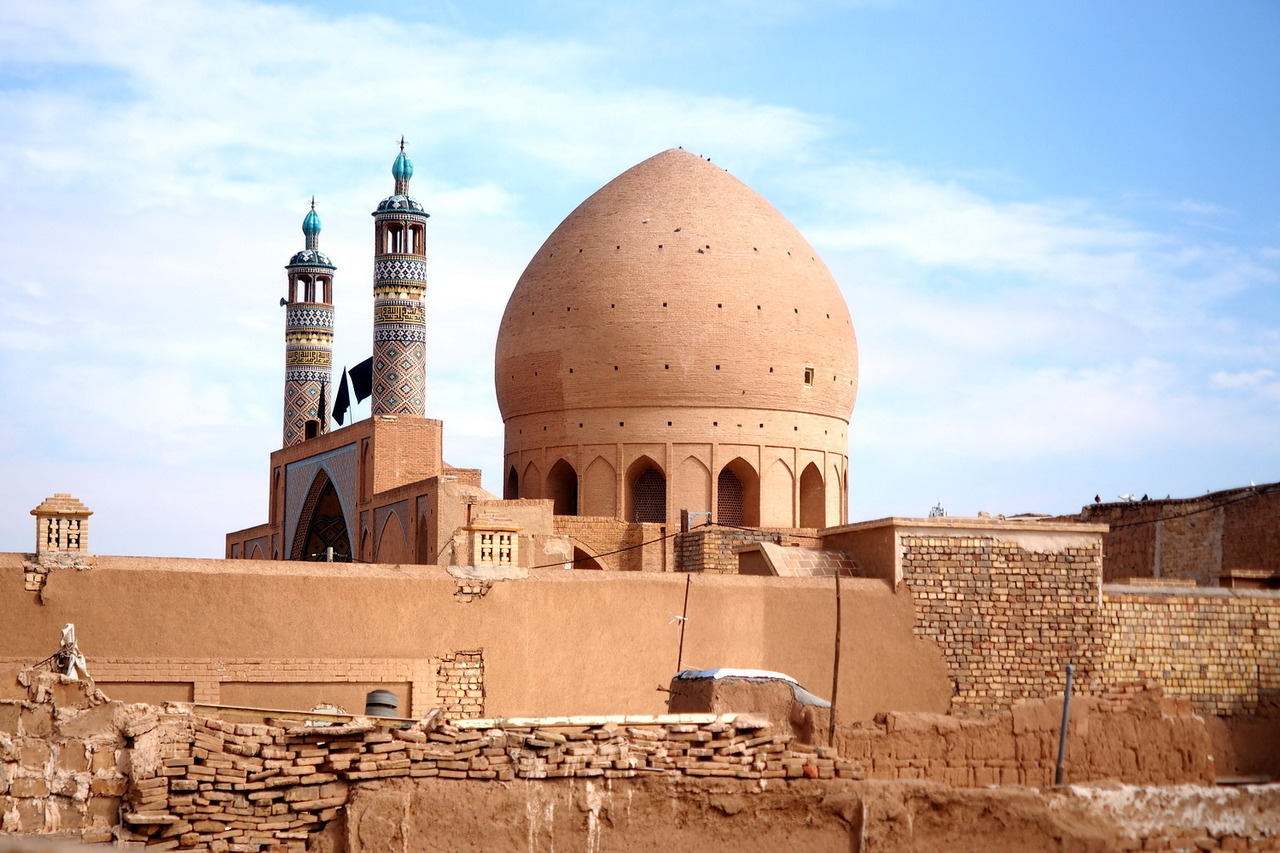 Agha Bozorg Mosque, an 18th-century mosque located right next to my hostel 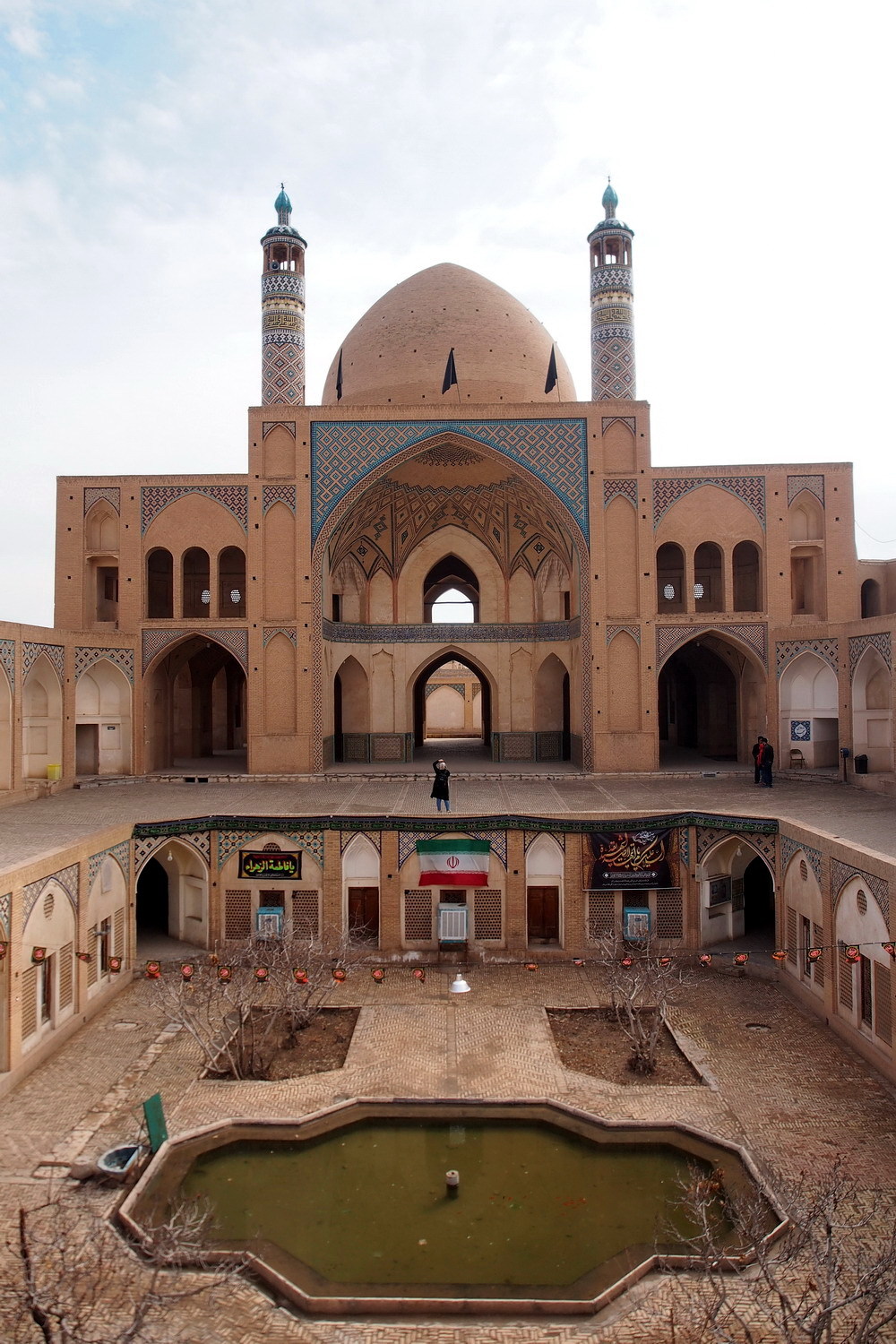 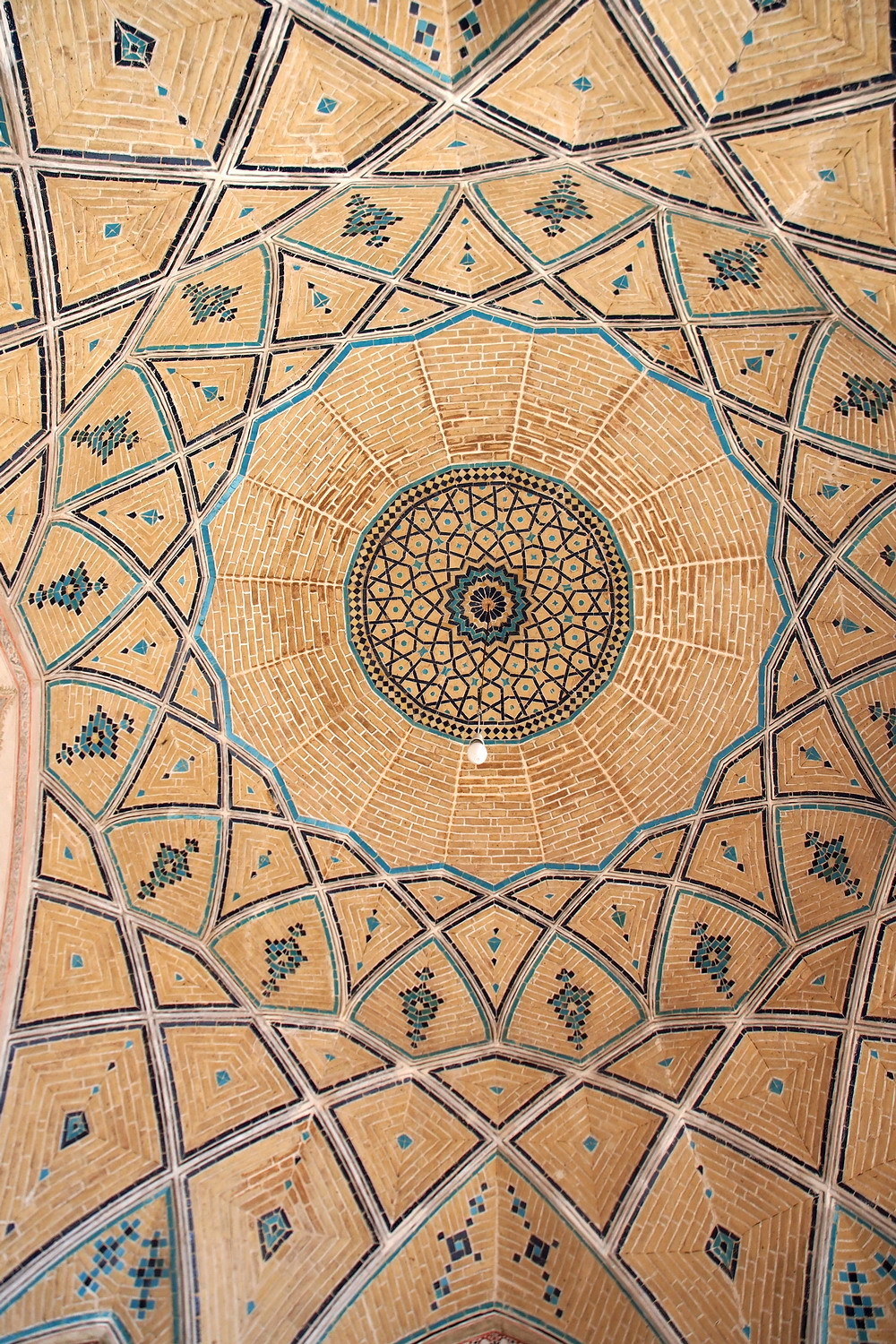 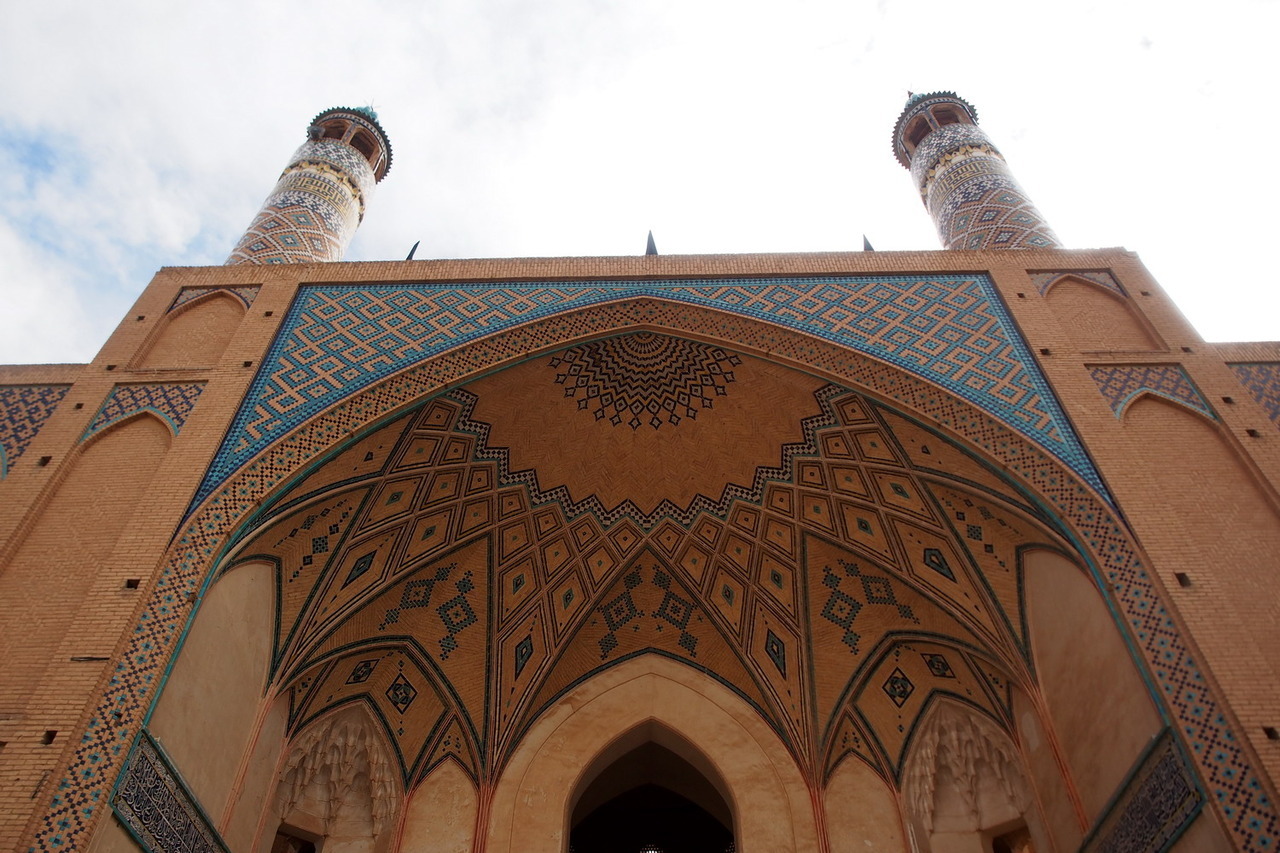 Most of the Old Town is concentrated around a handful of historical houses – 19th century mansions of wealthy merchants, now converted into museums. I bought a combined ticket for three main places, Tabatabaei House, Abbasi House, and the Sultan Amir Ahmad Bathhouse (350.000 rials). The ticket even included a greeting in Vietnamese. So nice!

The historical houses are just empty shells to showcase their architecture. I was slightly disappointed, for I’d hoped to see furnished rooms and learn how people used to live back then. Still, the architecture is gorgeous (and very symmetrical, which appeals to me), and it was oddly touching to walk around those empty houses with their faded grandeur. 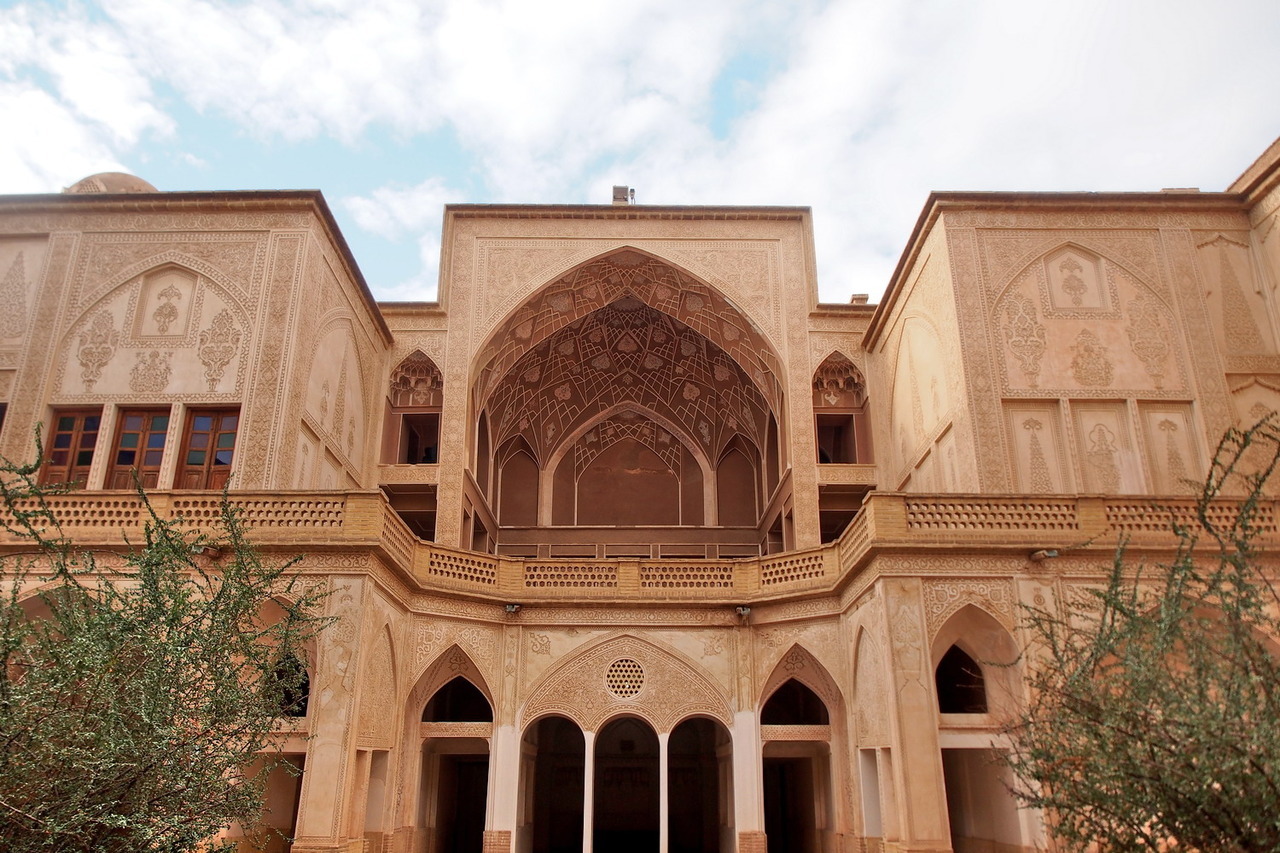 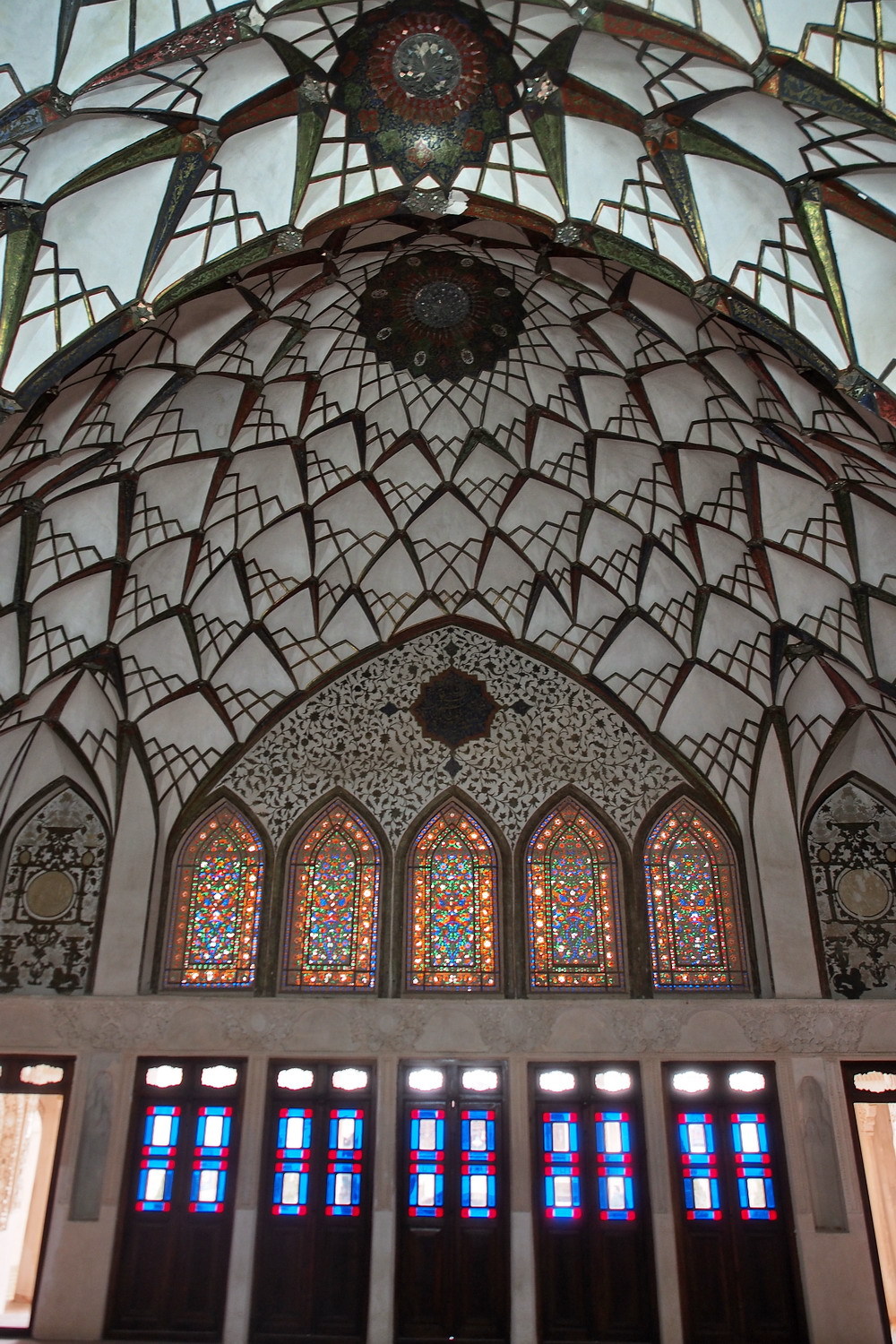 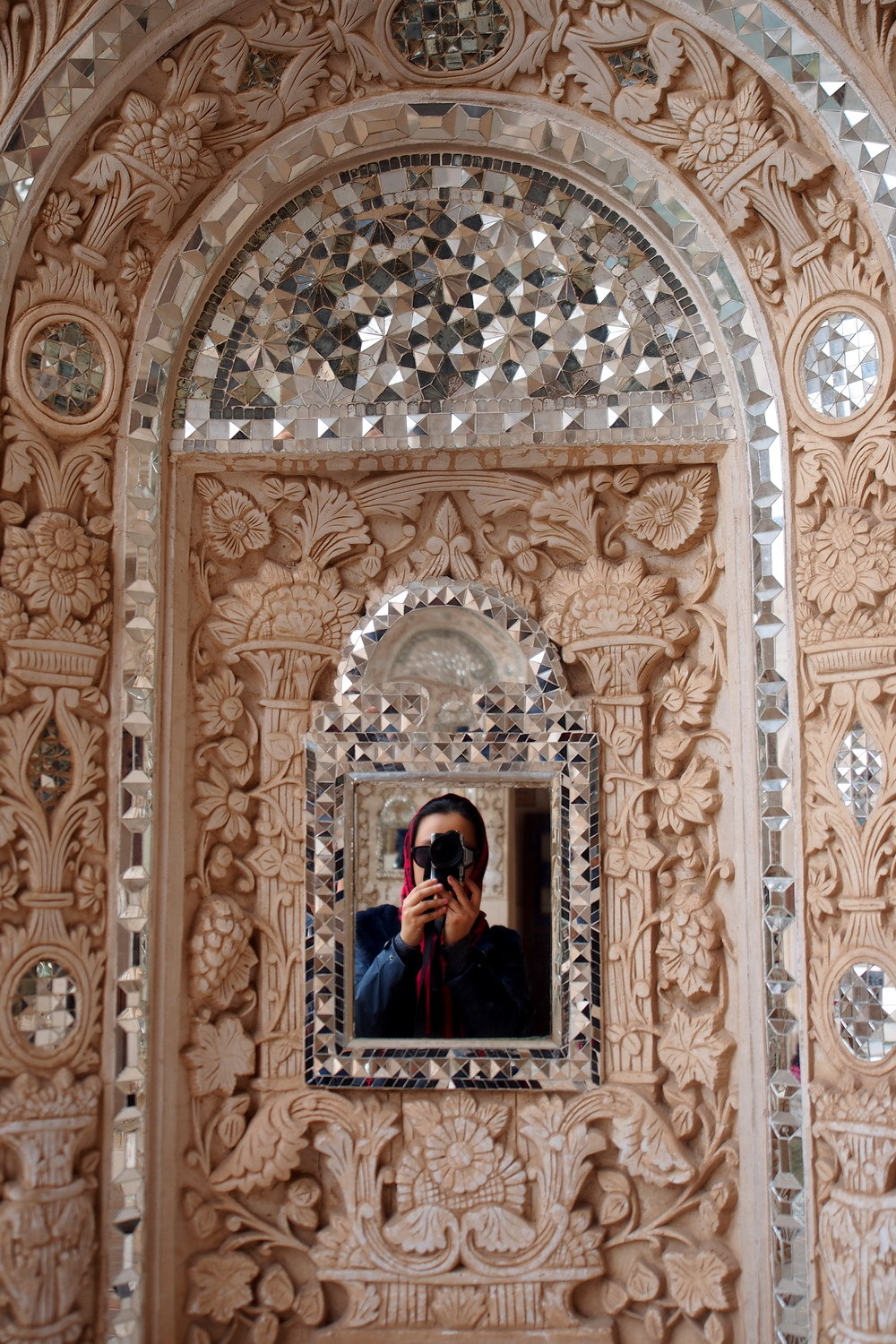 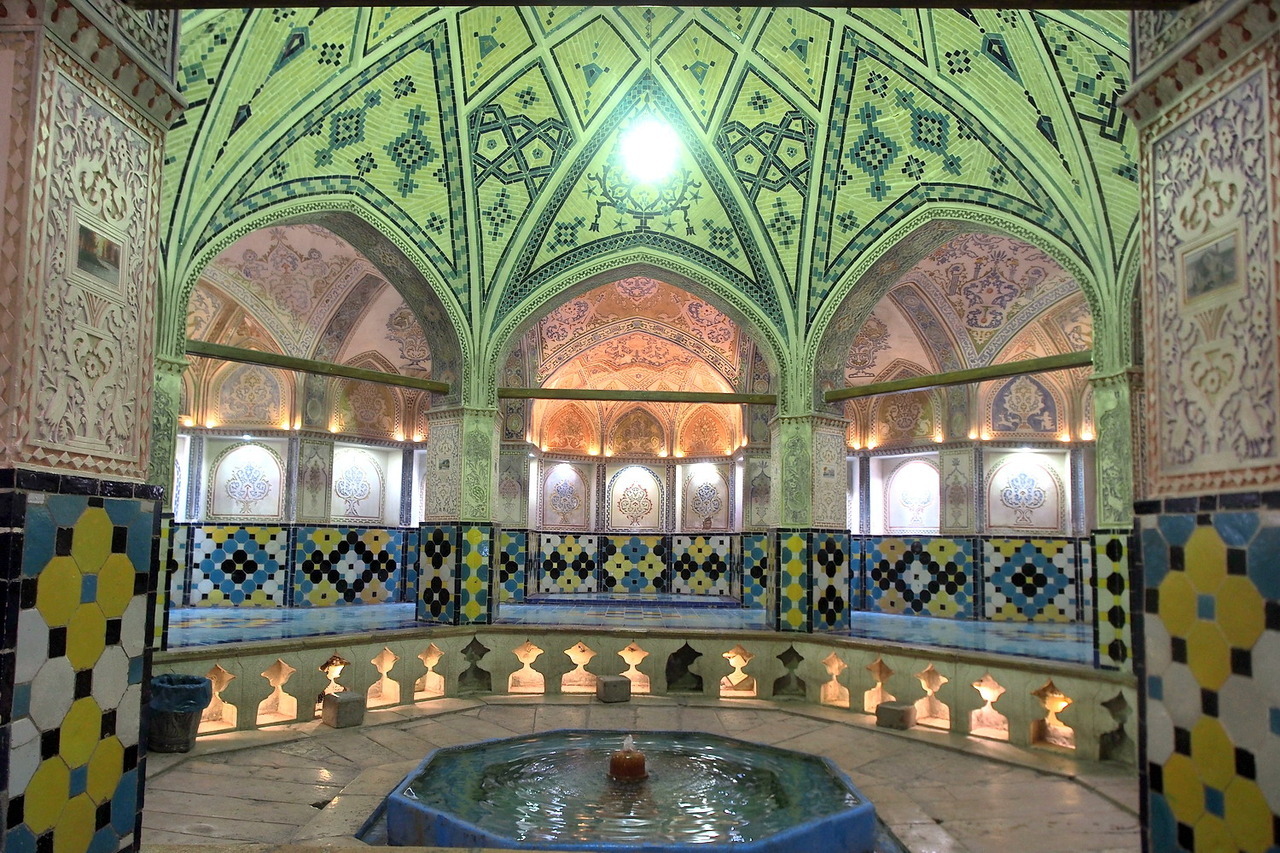 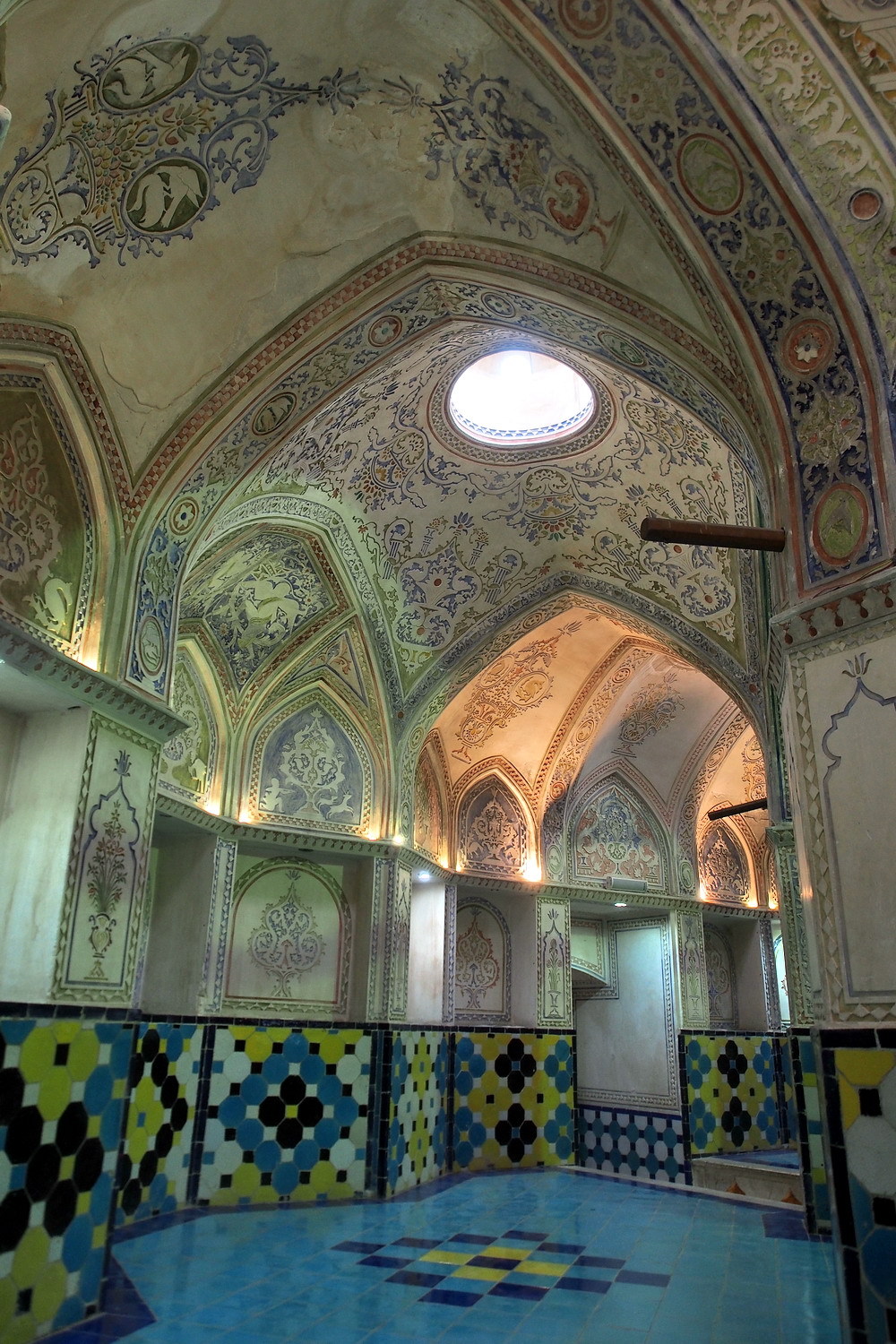 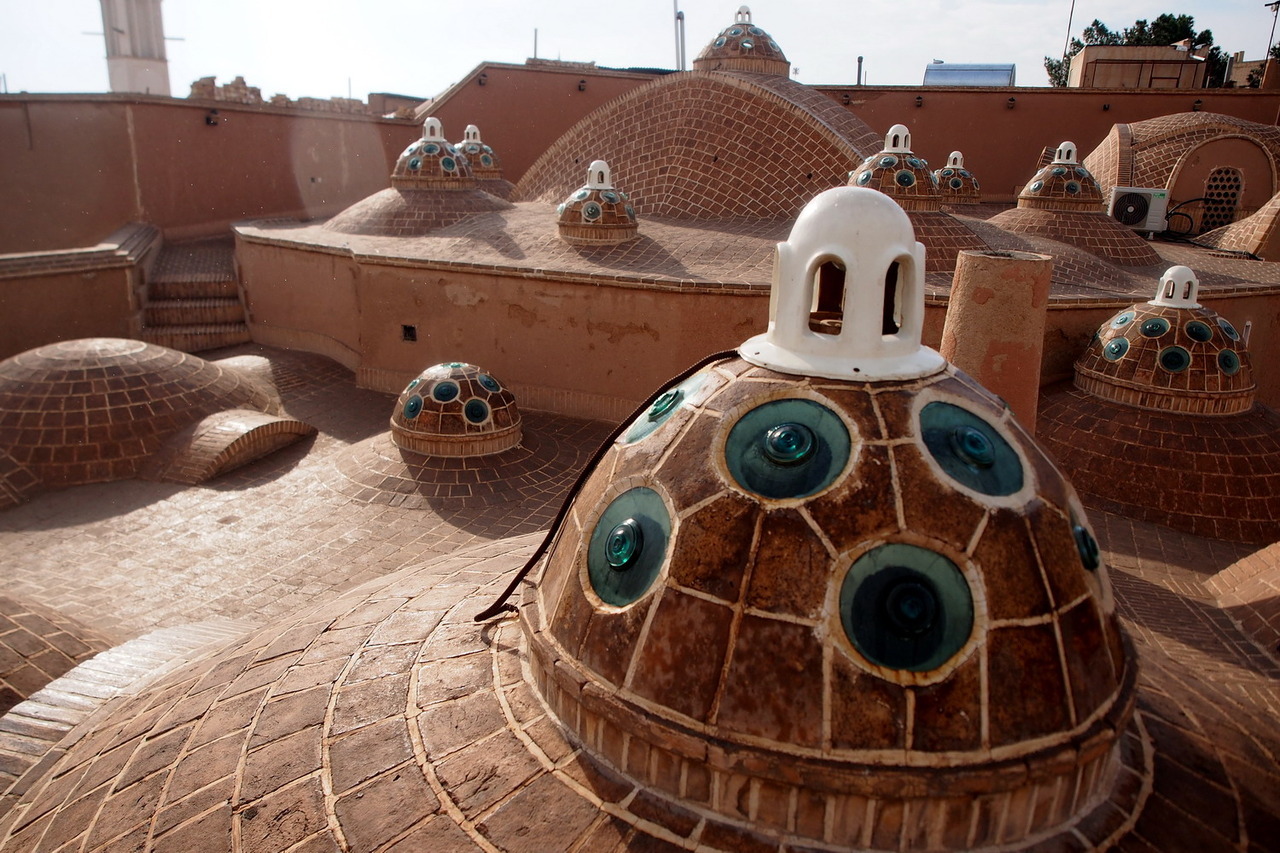 After an early dinner at Abbasi (there is a restaurant attached to the house), I walked back to the hostel in the twilight and listened to the call to prayer echoing through the streets as a crescent moon appeared in the sky. This was more like it. 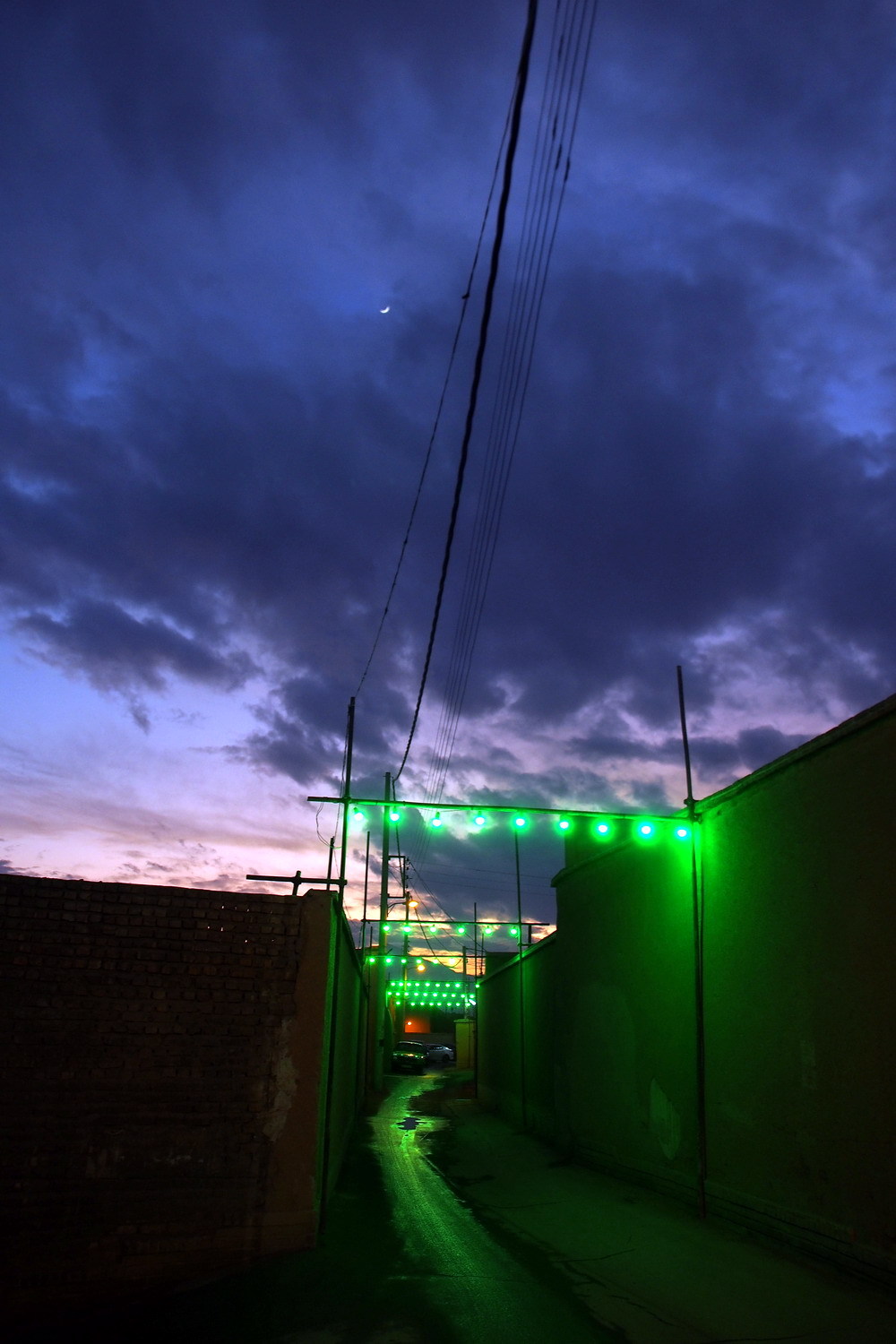 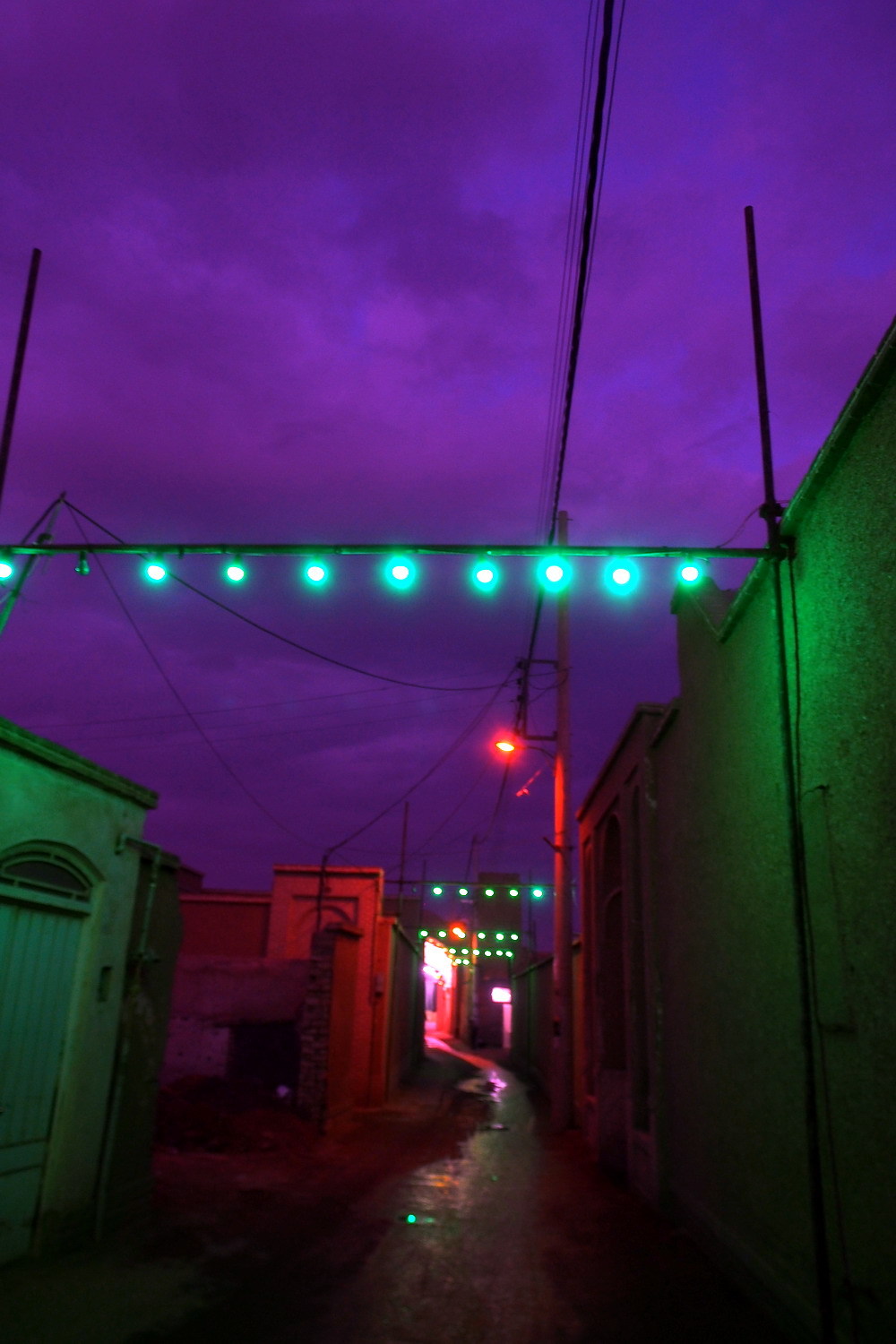 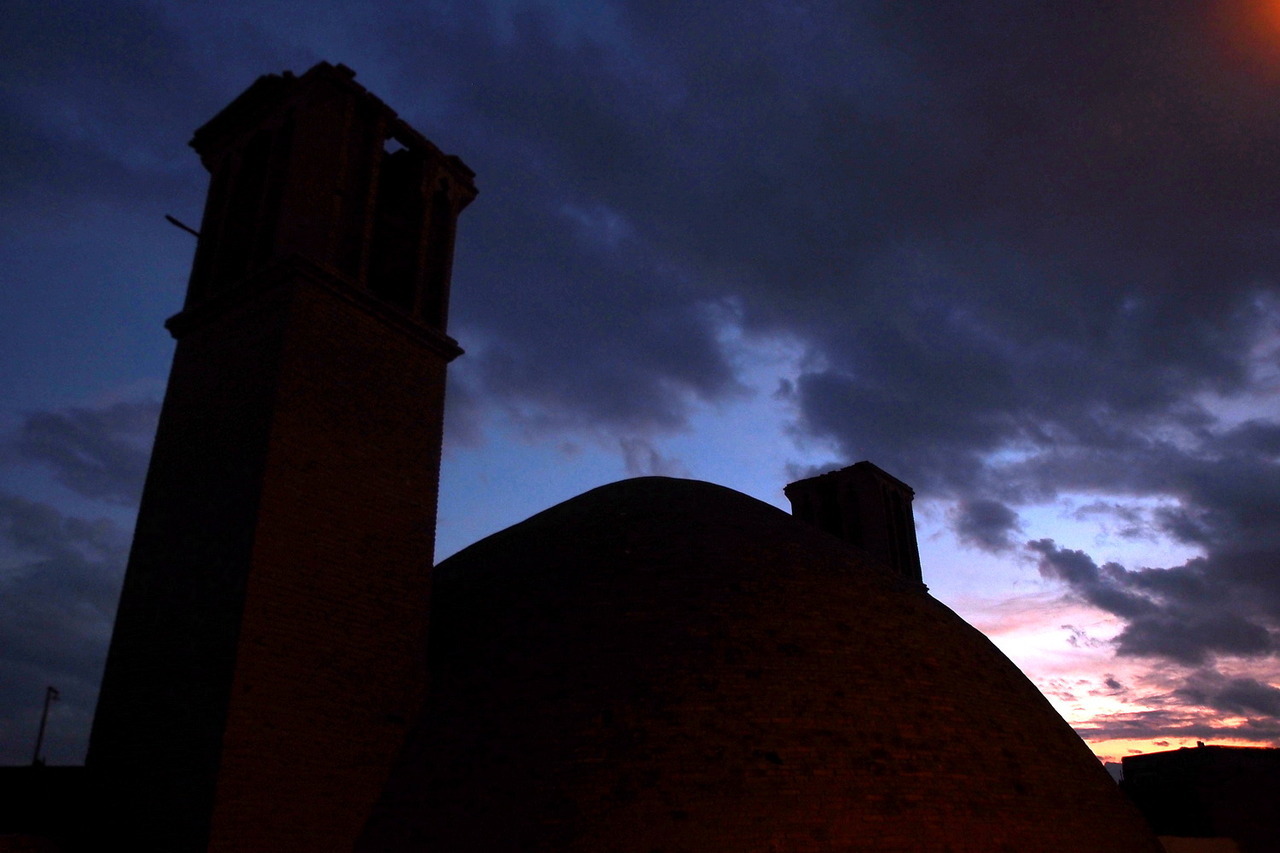 The next day, I took a “transfer tour” to Isfahan, with stops at Fin Garden, Abyaneh and Natanz (40 euros for the whole car; here was a disadvantage of traveling alone in the low season – there was no other tourist to share your rides!) Fin Garden and Natanz can be skipped – Fin Garden is nice in the sense that you get to see some green trees after days in the desert, but it’s not worth the admission price of 200.000 rials. The mosque at Natanz is at least free. 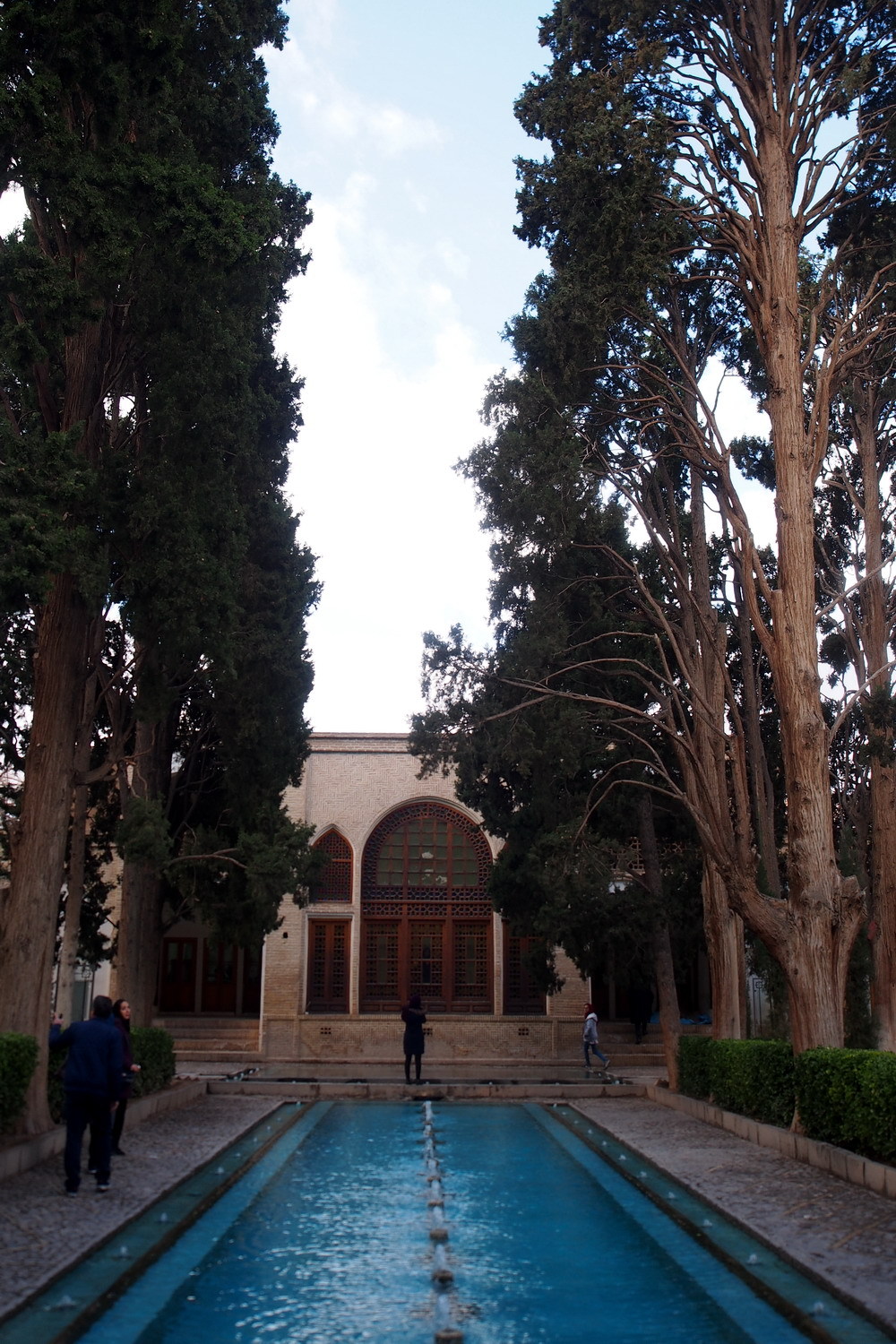 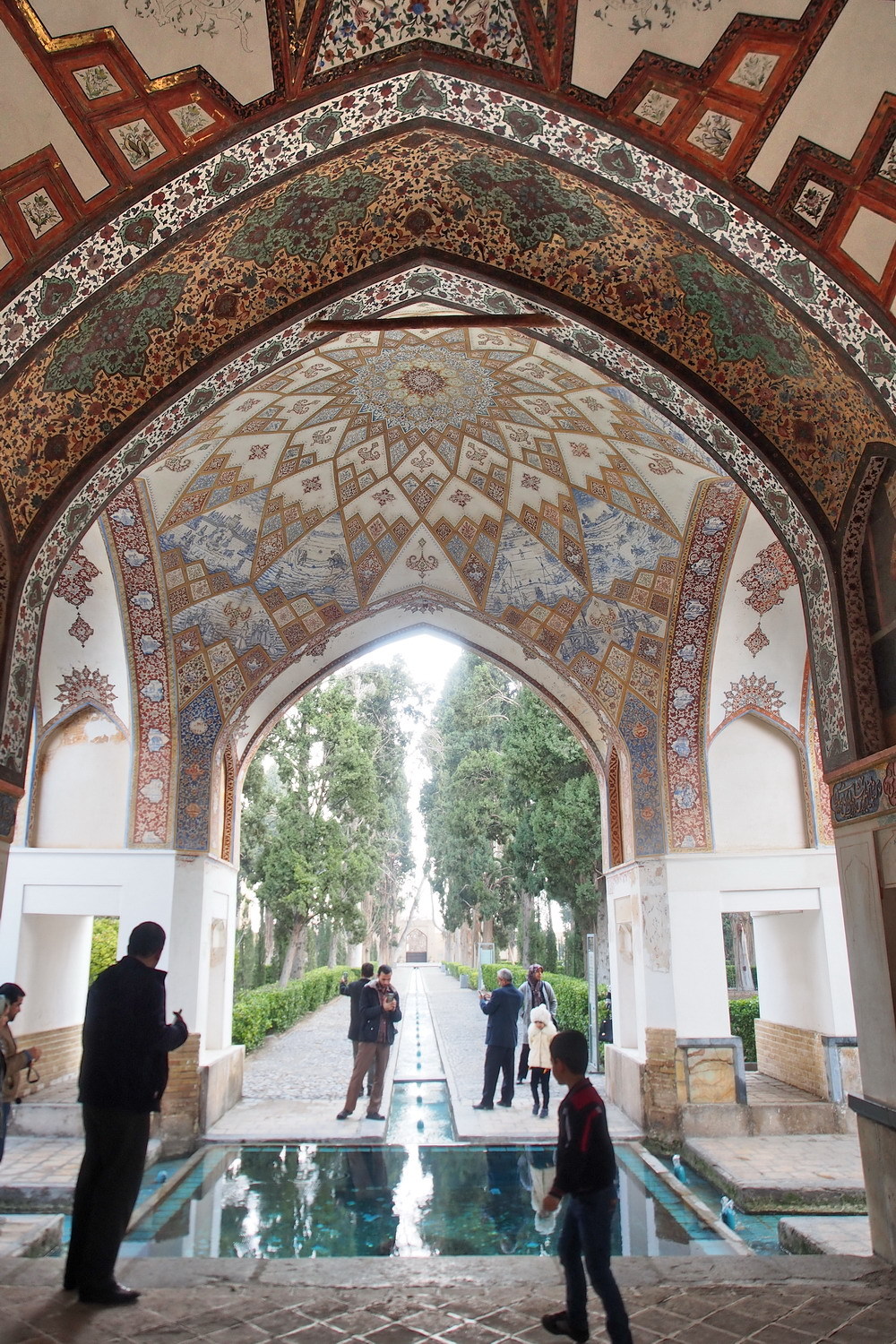 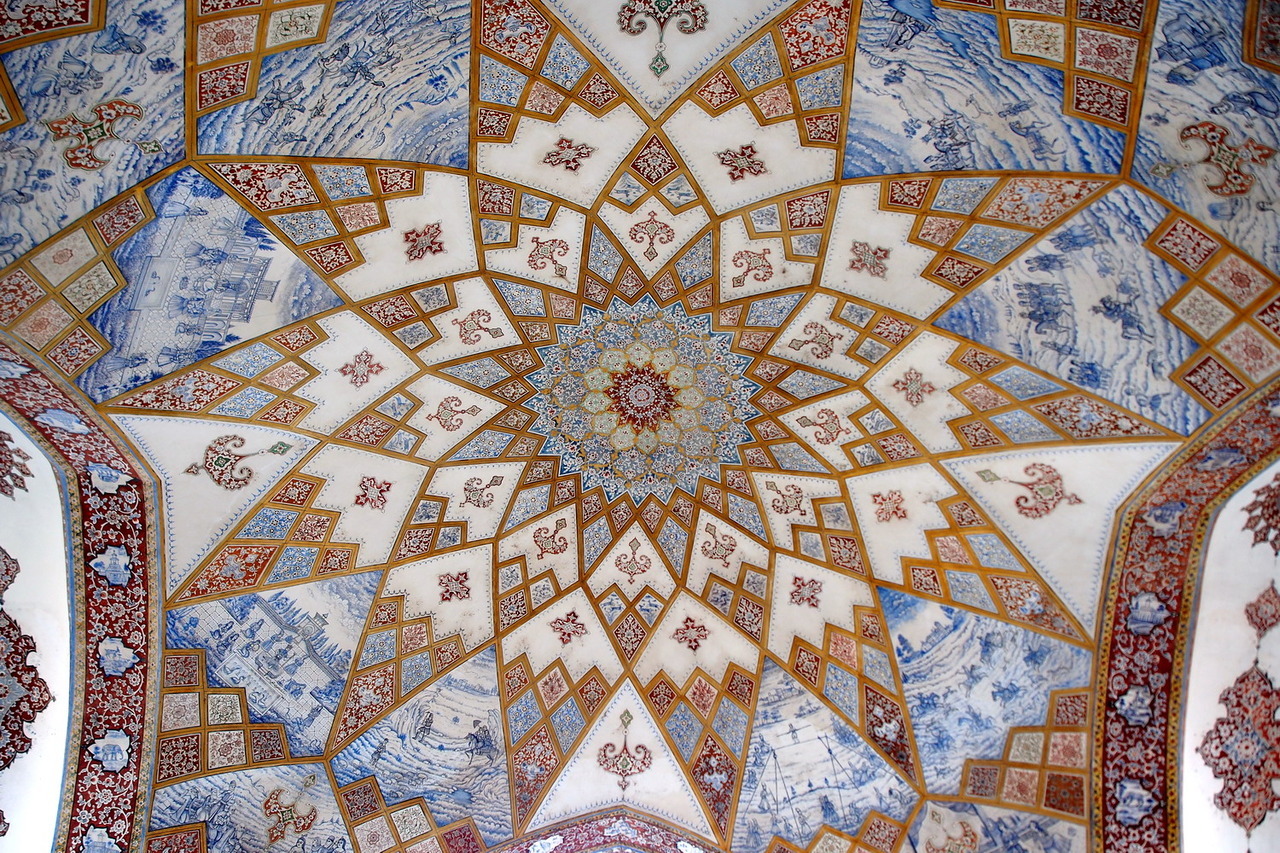 The highlight of the tour, of course, is Abyaneh. The view (if you can call it that) along the way is largely the same at first – brown desert flanked by menacing mountains – but when the car started driving toward those mountains and climbing up, I could see that they have a kind of terrible beauty about them. They’re scary, but you can’t look away. 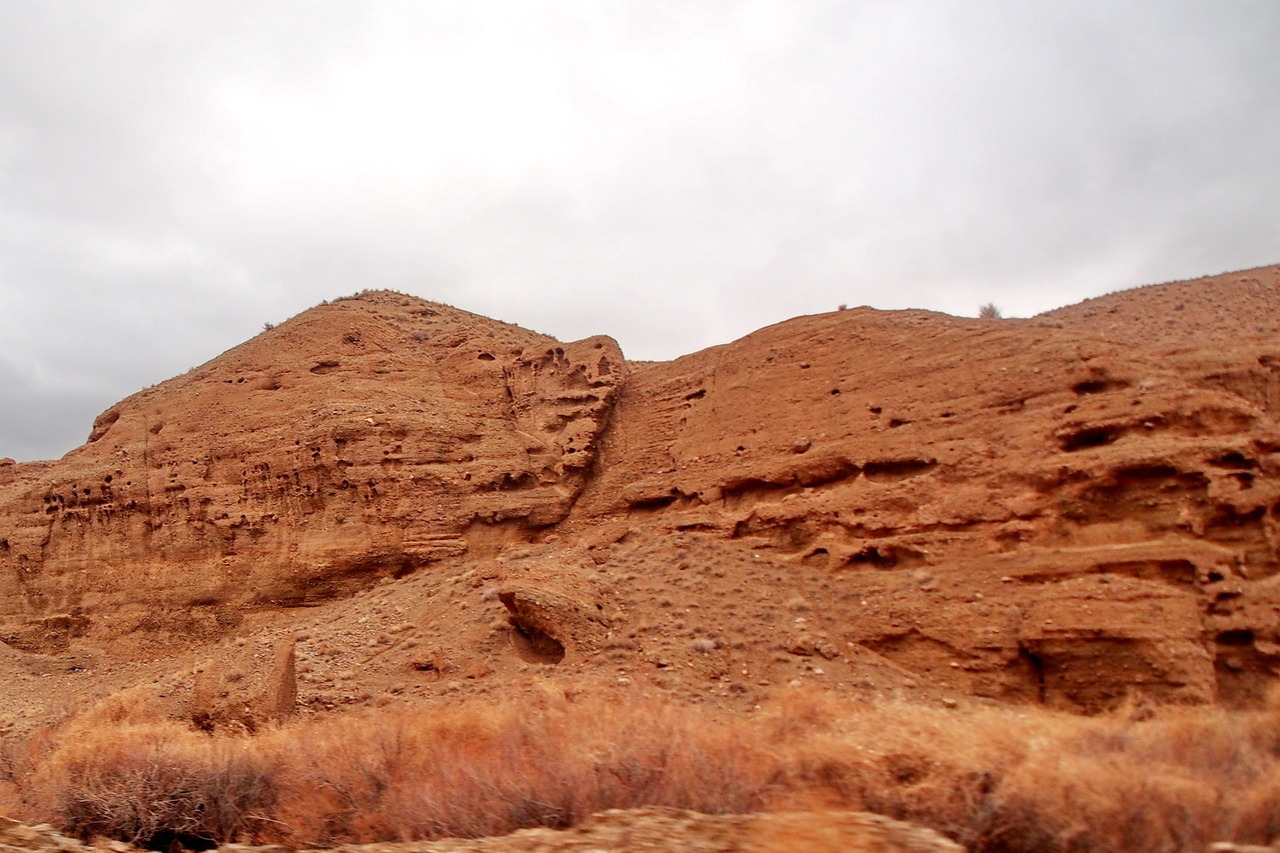 Abyaneh is nestled among these silent giants, a stepped village of distinctive red clay houses. It was deserted, though – aside from a few tourists, the only locals I saw were some old women (in their trademark floral scarves) selling souvenirs. I only encountered one family with children on the outskirt of the village. It was as if the entire place was frozen in the past. 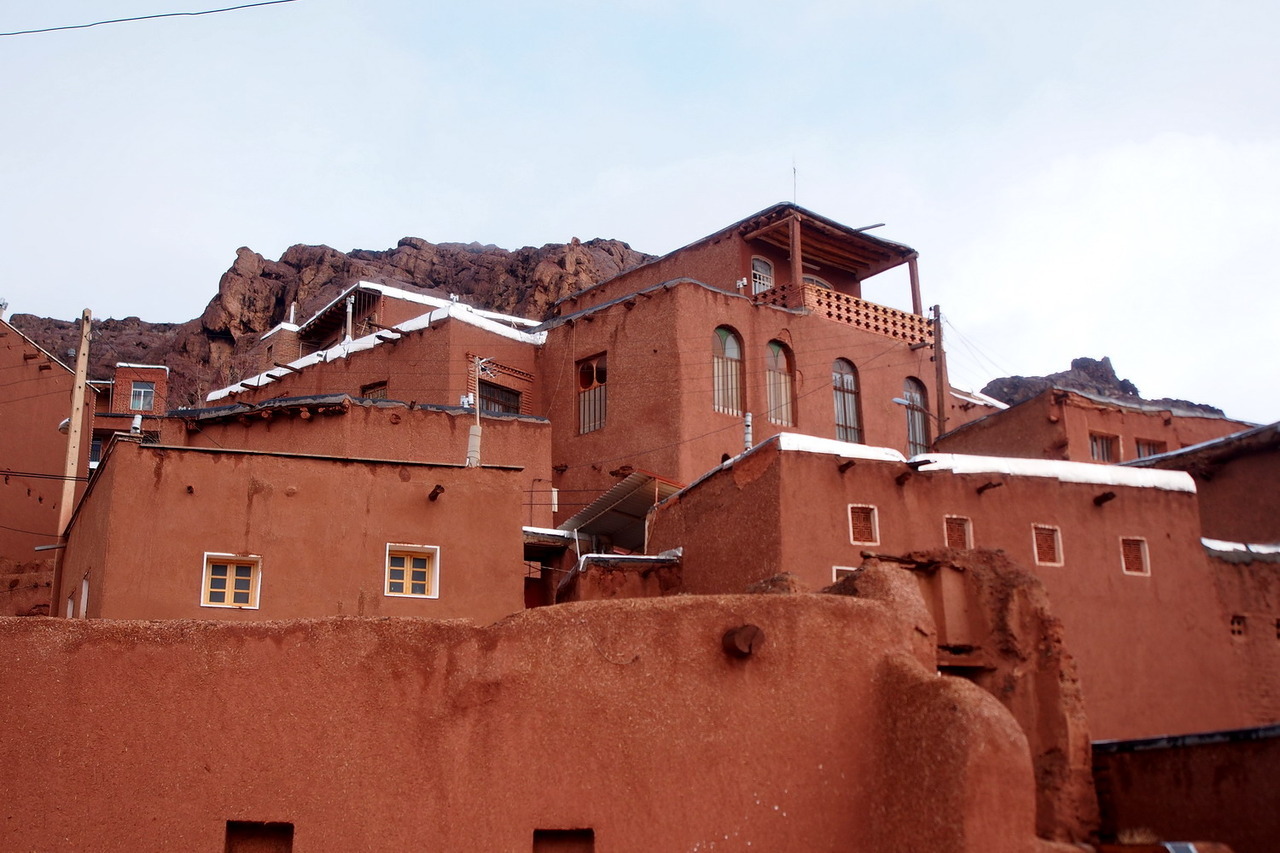 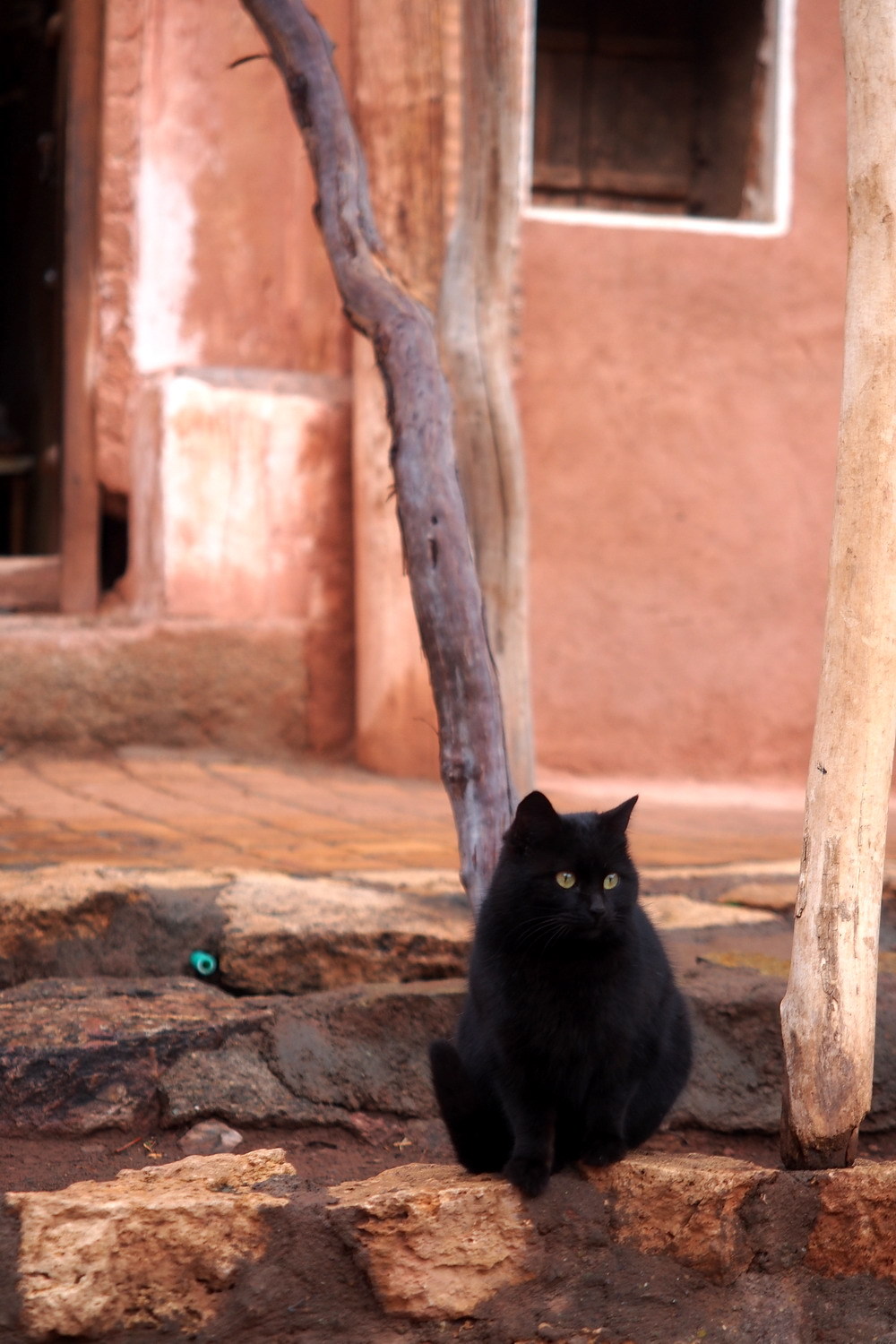 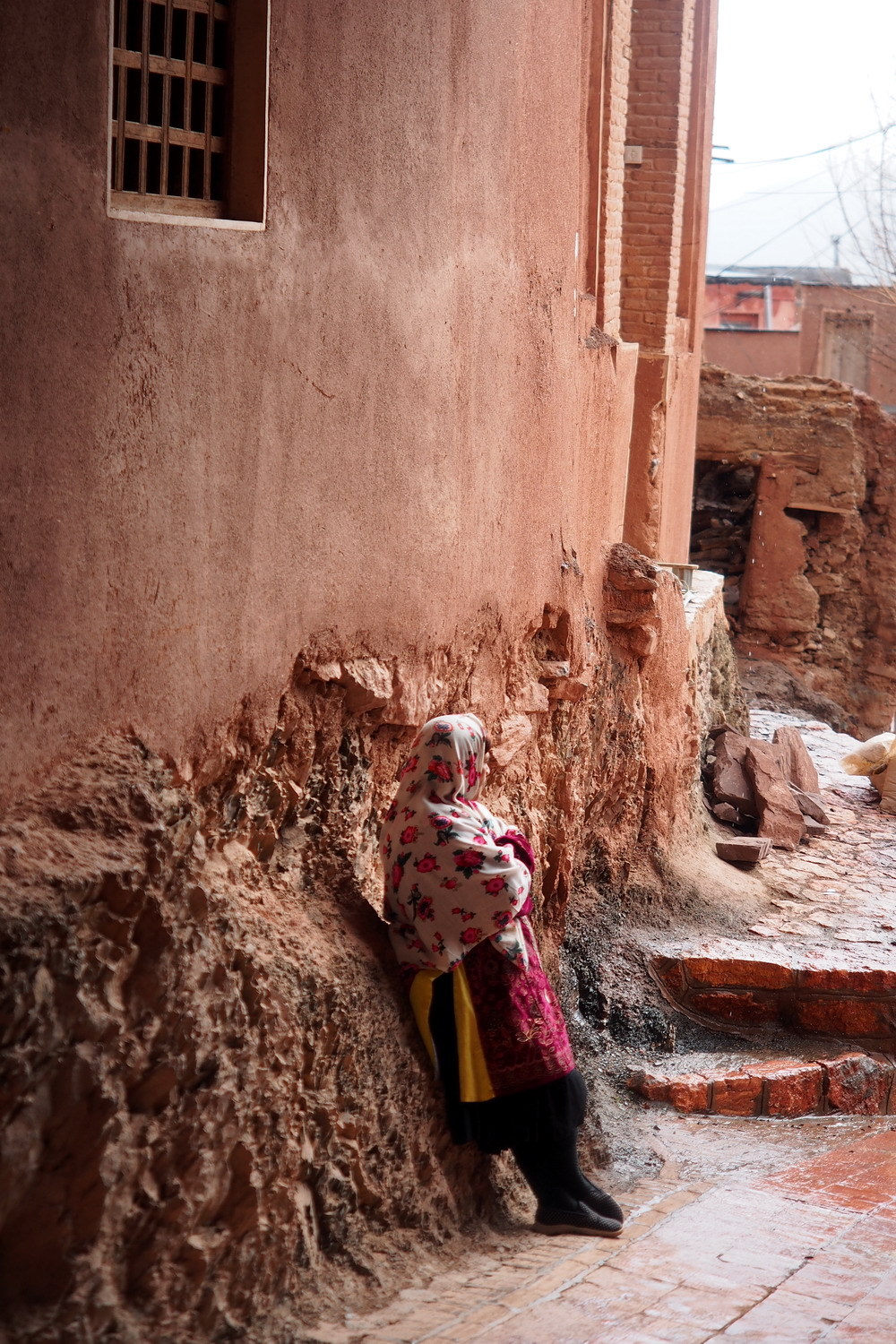 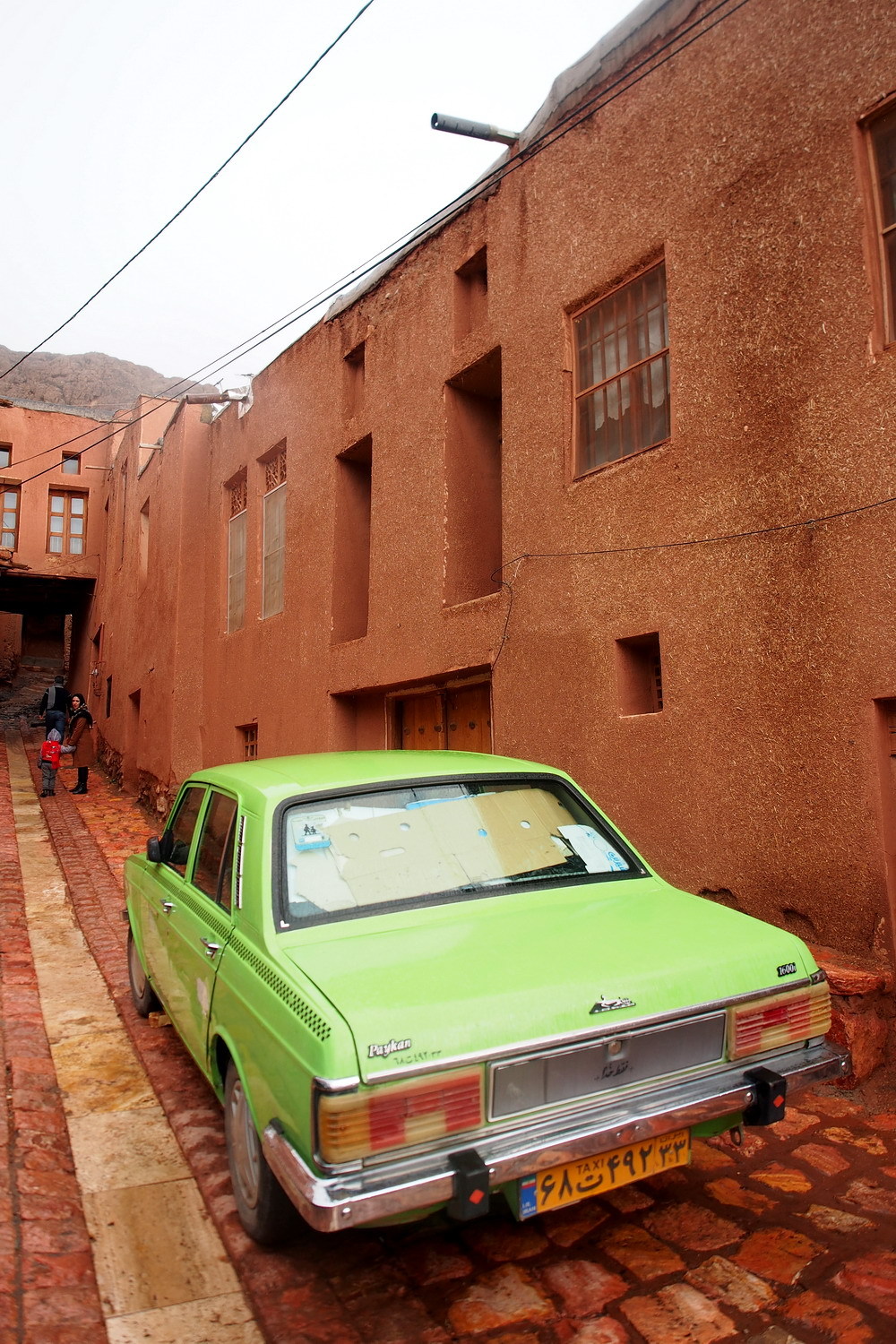 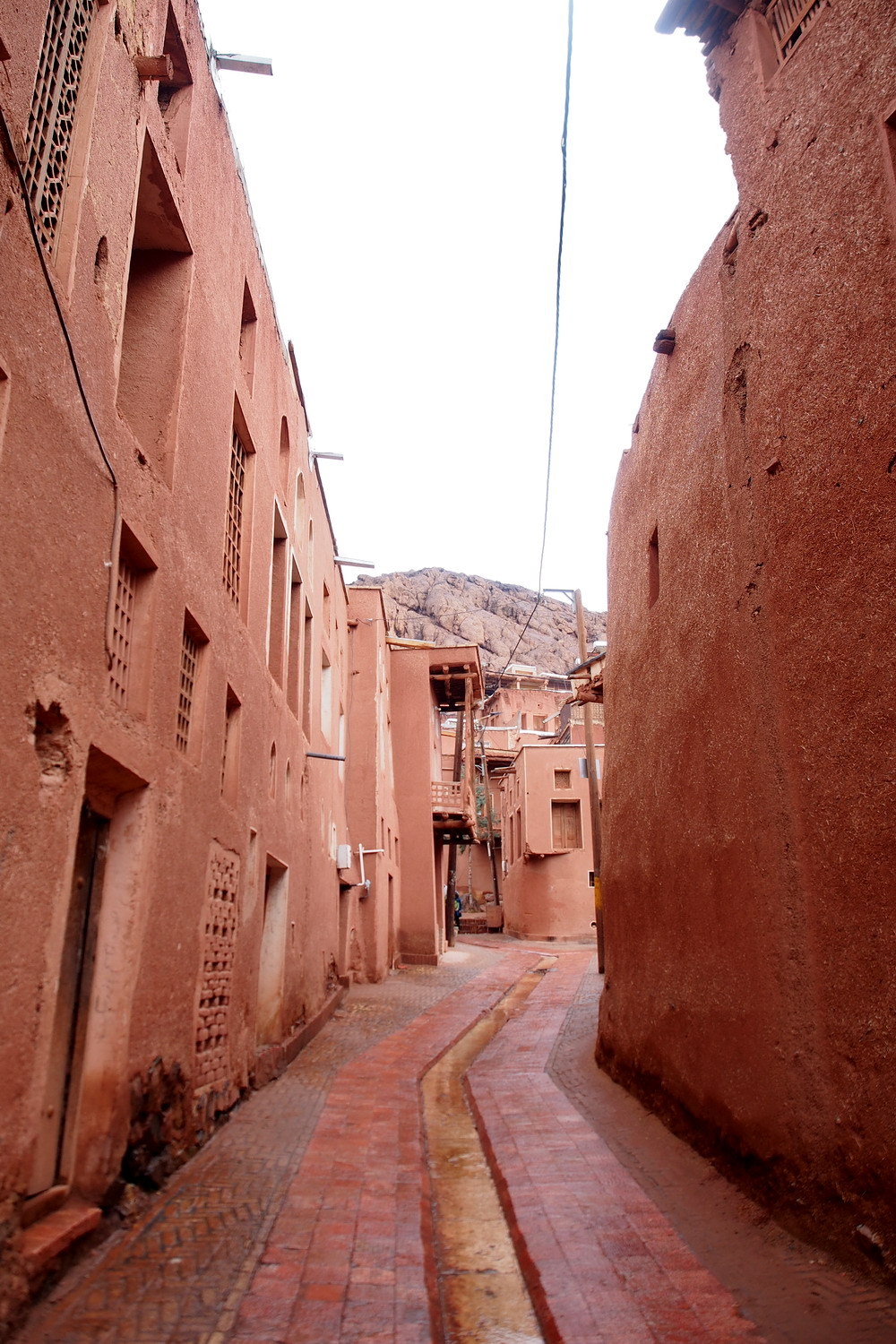 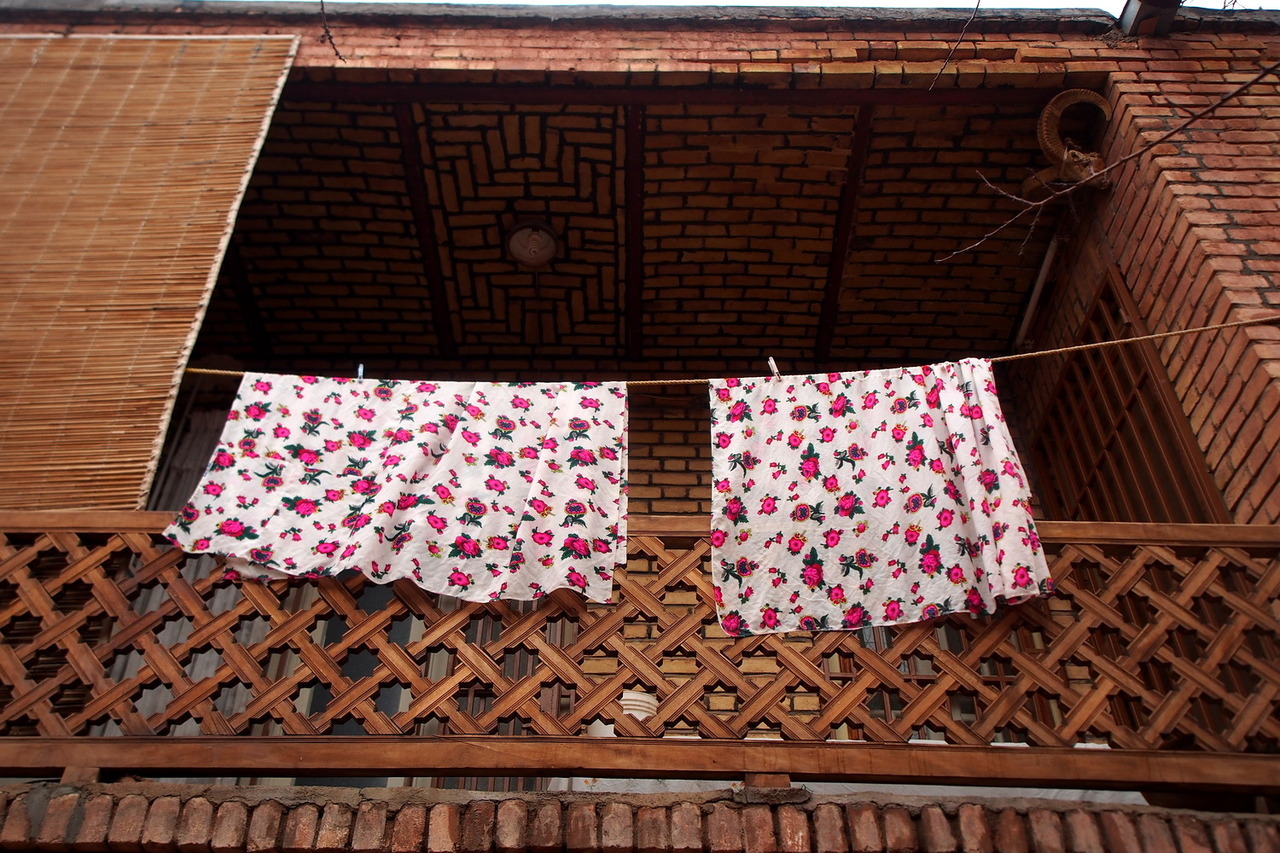 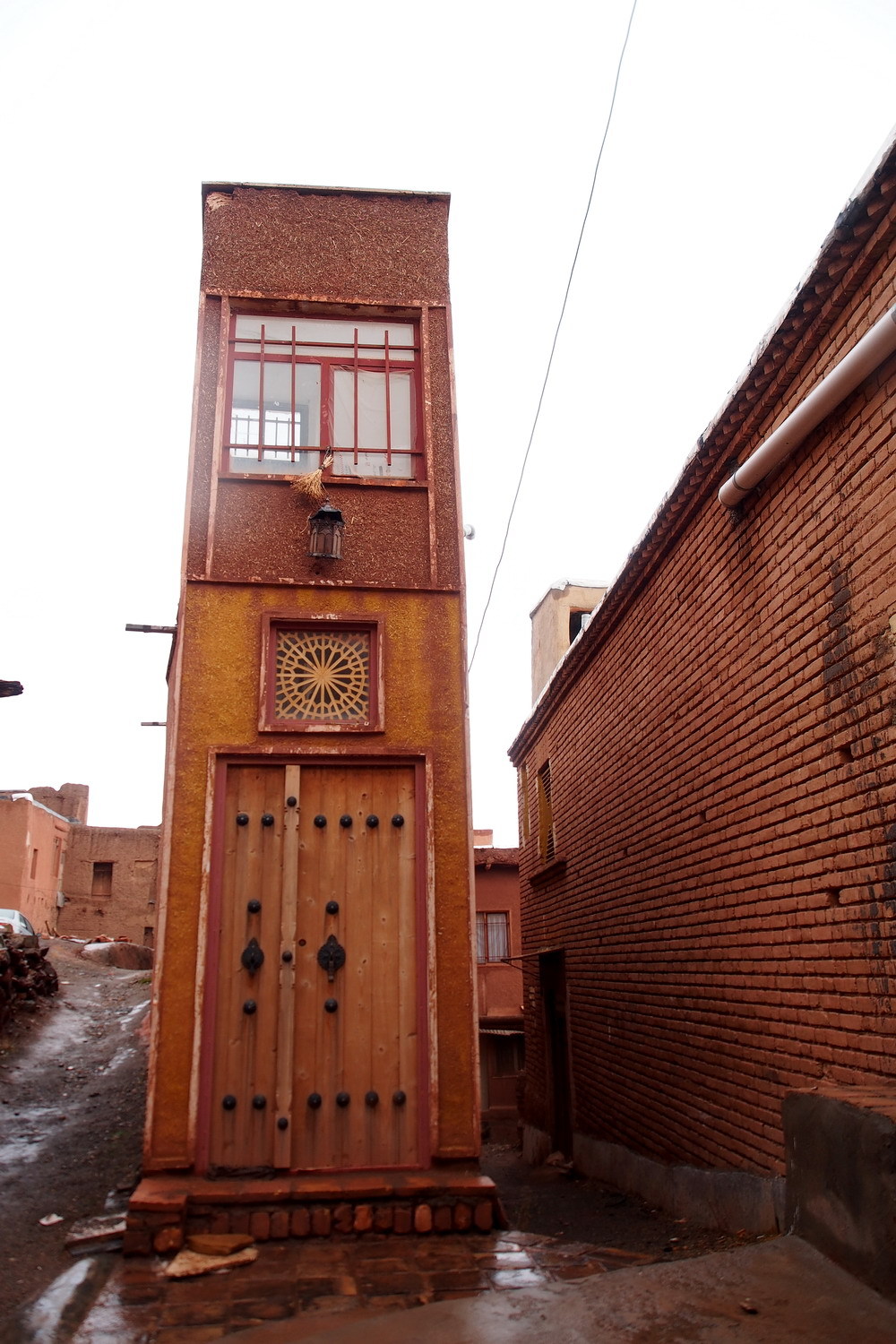 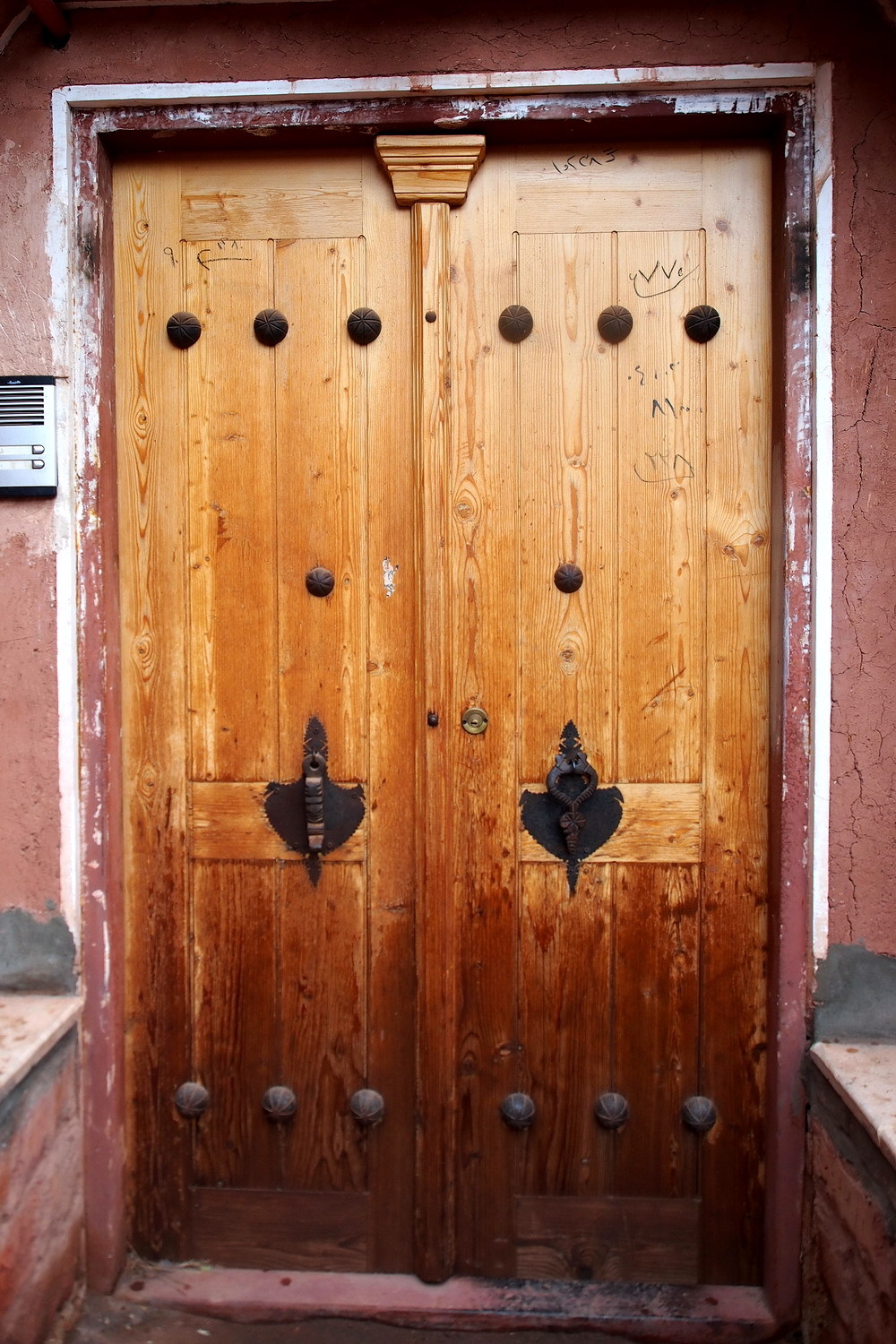 I spent nearly two hours wandering up and down the alleys without seeing a soul, until the weather turned nasty – it was actually hailing – so I had to return to the car. 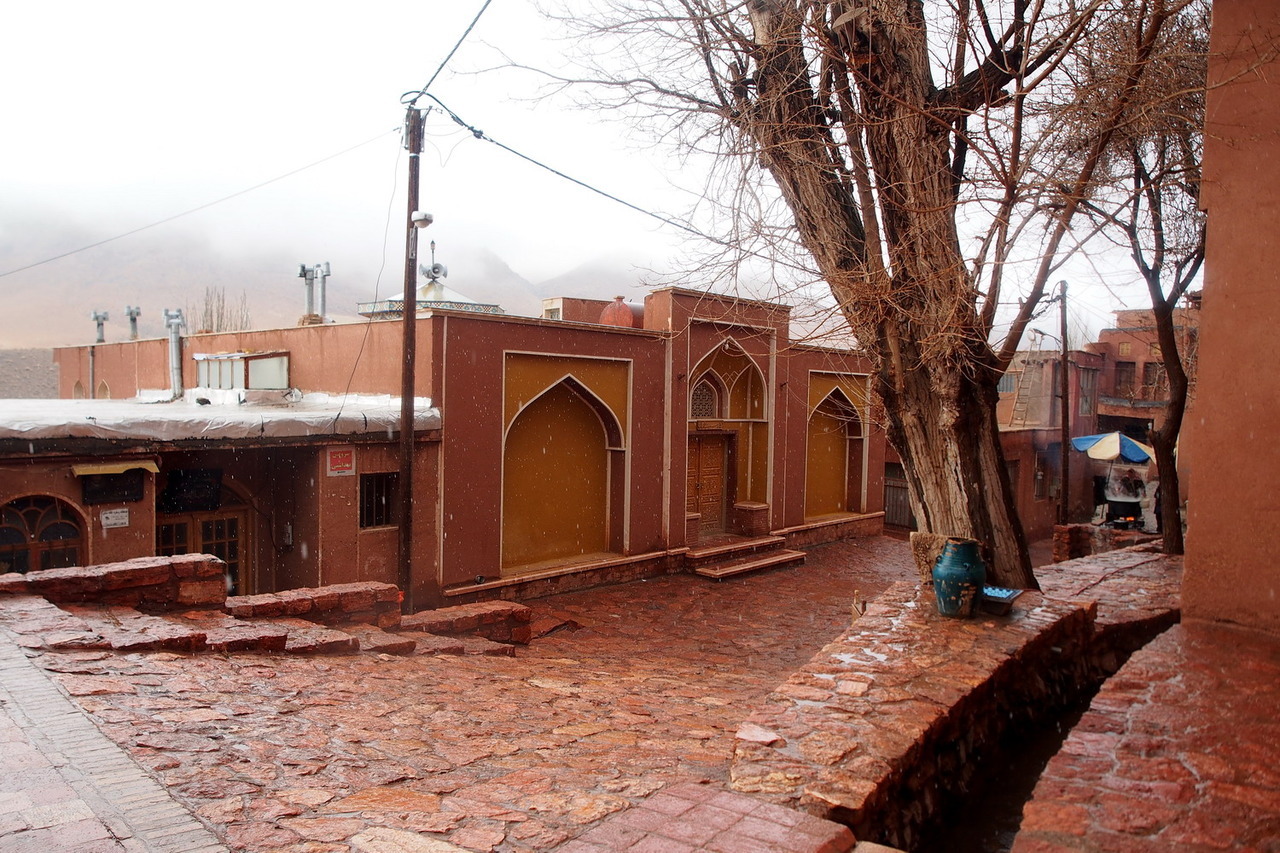 It was nice visiting Abyaneh, but I wouldn’t want to live there. And I got the feeling that not many young people would, either.