← A Drop Of Sunshine
Covered Bridge →

I skippe December’s book reviews in lieu of the “Year in Review” post, so here they are, along with the books I read in January. A pretty diverse selection, even if I say so myself: 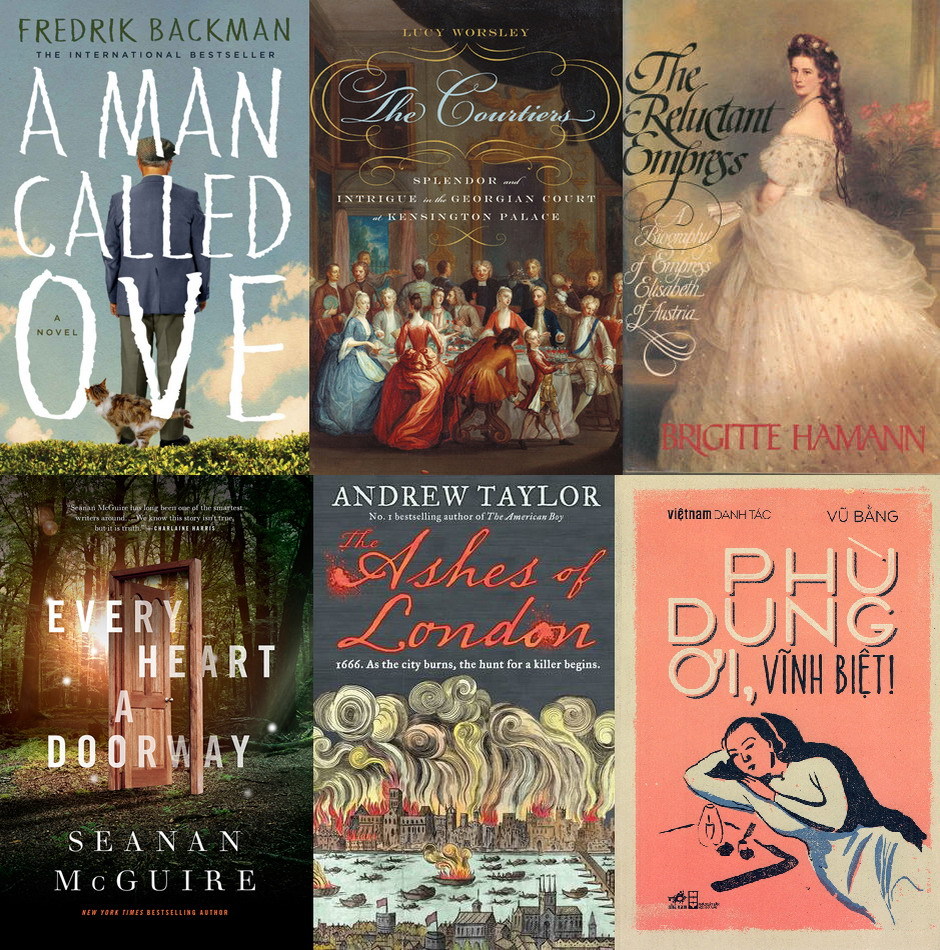 This book has a very specific plot that it shares with several other works of fiction – a grumpy but sympathetic Caucasian widower learns to open his heart with the help of his Asian neighbors. “Major Pettigrew’s Last Stand”, “Up”, and “Gran Torino” – they all have the exact same plot. Sure, the settings may be different and the actual stories are different, but the plot is the same. That may make it a little predictable, but the characters are all quite interesting, and I dare you to reach the end without choking up a little. 3/5

The Courtiers by Lucy Worsley:

I know Lucy Worsley from her BBC series about the six wives of Henry VIII, and I love anything that has to do with British history, so this book, which revolves around the court of George I and George II at Kensington Palace, is right up my alley, especially since these early Hanoverian monarchs don’t always get a lot of coverage from other historians. What I like about it is that it manages to give us a glimpse of the everyday life at court without getting bogged down by the historical and political facts. The facts are there, but the focus is on the people, and that’s what makes it fascinating. 5/5

The Reluctant Empress by Brigitte Hamman:

I grew up watching the trilogy of films about the life of Elisabeth of Austria (or Sissi, as she was usually known) starring a young Romy Schneider, and since then, I’ve always been fascinated by her. This biography doesn’t take such a romantic look at her life; instead, it portrays Sissi as she was – a highly sensitive and complex but also emotionally disturbed woman, thrust into a marriage and a life she was not prepared for. Highly recommended. My only complaint is that the flow of the book is a bit all over the place – the first few chapters follow a chronological order, but then the book turns to specific areas in Sissi’s life (her beauty and fitness regime, her relationship with her children, etc.) which forces the narration to go back and forth in time. I’m familiar with the events in Sissi’s life, so it doesn’t bother me too much, but it can make the book difficult to follow. 4.5/5

Every Heart A Doorway by Seanan McGuire:

Have you ever wondered what happened to Alice after she got back from Wonderland, or the Pevensie children after they got back from Narnia, or Dorothy after she got back from Oz? This dark little fantasy explores that question – it takes place at a school for those children who have traveled to fantasy worlds and are now having troubles adjusting to the “normal” world. I’ve read Seanan McGuire before, and I’ve started to recognize a pattern here – her world-building is top-notch and her subversion of the familiar fantasy tropes is super cool, but the story itself tends to be lacking and the ending feels very easy. Still, it’s a super quick read, and like I said, the world and the characters are pretty awesome. 4/5

The Ashes of London by Andrew Taylor:

It’s a murder mystery set during the Great Fire of London, which sounds exactly like the kind of thing I would enjoy. Unfortunately, this falls completely flat. Even though the murder is introduced quite early on, it’s very slow, and the mystery itself, when it gets revealed, is very anticlimactic. There is no twist or surprise. The problem is that the story alternates between two protagonists (a young man working for the editor-in-chief of The Gazette, and a young woman trying to escape her ruthless cousin and an arranged marriage, both children of fugitive Royalists), but what is seen as a mystery in one storyline is often revealed in the other, so often the reader is left frustrated since we know so much more than both characters. Plus I don’t feel engaged to either of them, and the historical setting is not well utilized either. 1.5/5

This memoir tells the story of a well-known Vietnamese writer’s struggle with opium addiction and his arduous road to get sober. I read it mostly for the description of life in Hanoi during the 1930’s, so the opium stuff and especially the author’s ennui can get tedious after a while, but you can’t deny that it’s painfully honest and surprisingly relatable. 3/5