Part 1 can be found here.

After 2 days in Seoul, our South Korea tour took us to Seoraksan, a mountain in the east of the country. Most of the tour packages I’ve found only take you to the usual places like Seoul, Busan, and Jeju Island, but as this is a “fall foliage” tour, it’s natural that we got to visit one of the places with the best and earliest fall colors in South Korea – they reach their peak in mid-October, just in time for our visit.

Our first destination is the Seoraksan National Park, with its entrance in a beautiful valley surrounded by brilliantly red and yellow forests, made all the more vivid by the craggy rocks and dark green pines scattered amongst the peaks. The valley also houses a Buddhist temple, Sinheungsa, and a large bronze statue of the Buddha. 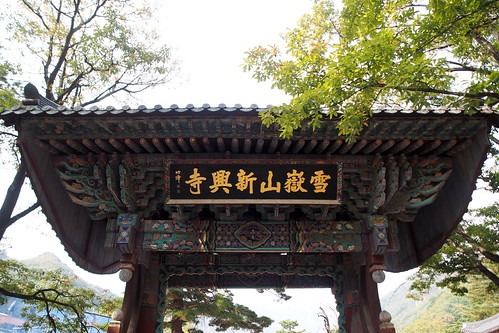 Entrance to the National Park 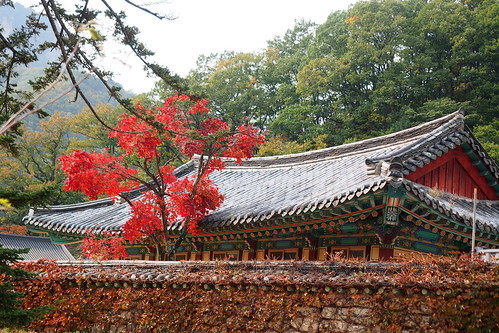 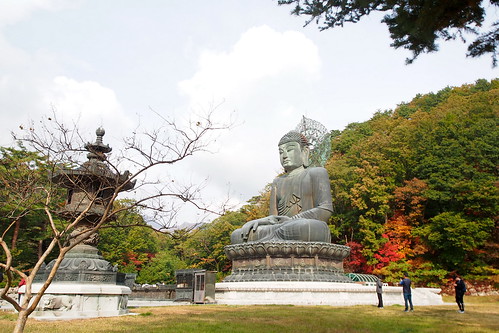 Next, we took the cable car up the slopes of Seoraksan. My fear of heights didn’t let me enjoy the views as much as I would like, but despite that, I could still see how gorgeous it was. From the cable car station, it is a 15-minute climb to the mountain peak, but in truth, it took me nearly an hour because I was stopping so often to take photos of all the foliage. I’ve had my share of fall colors when I lived in LA, but that was just little pockets here and there. I’ve never seen such a concentration of fall colors before, and it was truly too spectacular for words. It was difficult to pick which photos to feature in this post, because they all look good! 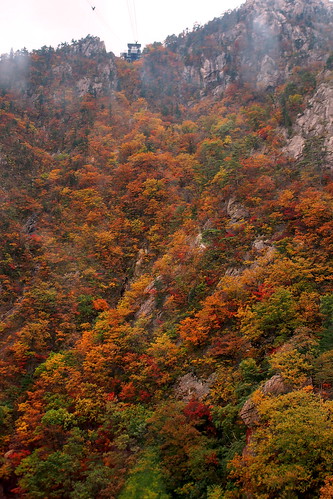 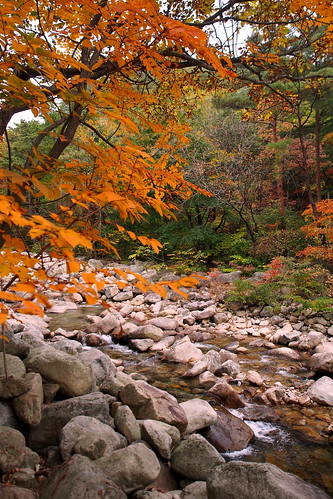 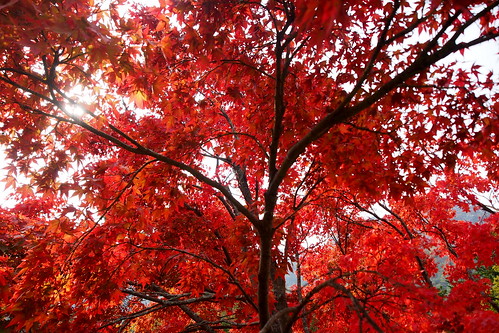 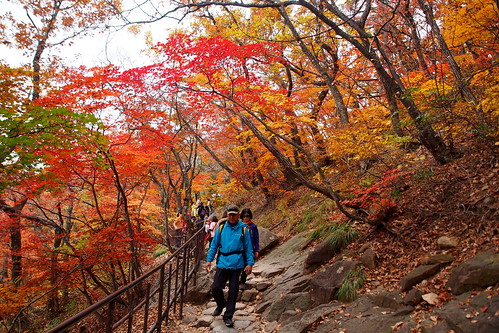 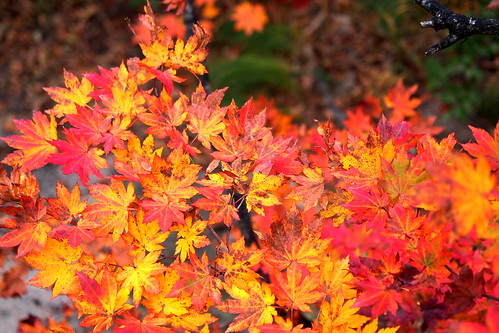 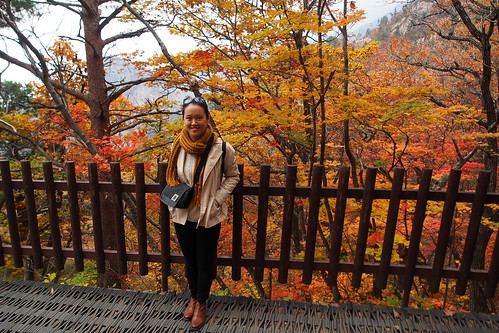 My scarf matches the background perfectly 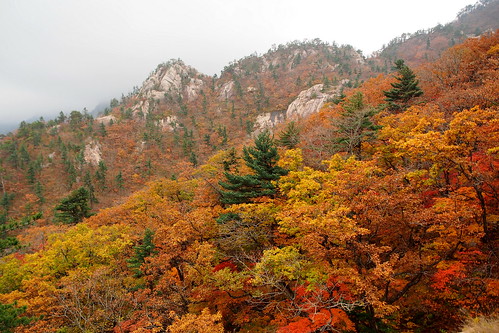 Fall is also the season for cosmos flowers in Korea, and on the way back to the hotel, I managed to snap some photos of a blooming field. More gorgeousness! 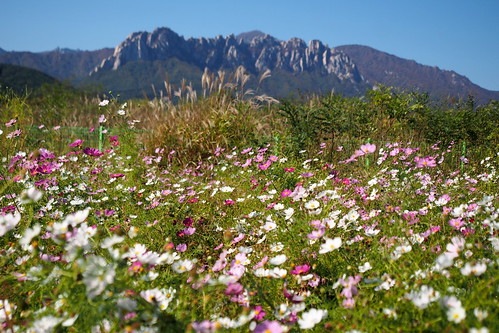 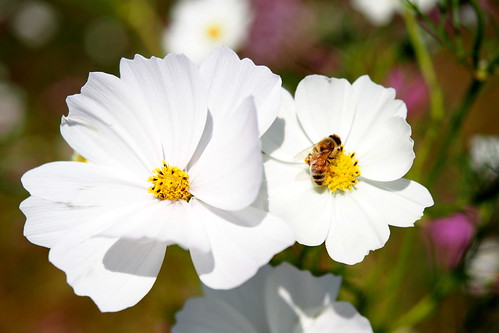 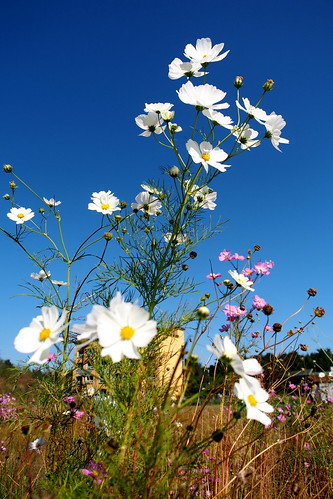 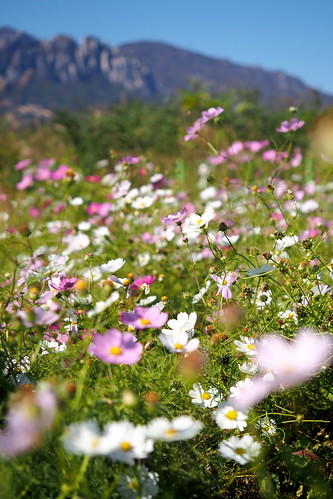 Before heading to the airport, our last stop is Ojukheon (House of the Black Bamboo), a historical site and museum. It was the house of Shin Saimdang, a 16th-century Korean artist and poet, and her son, Yi I, a Confucian scholar (their images are on the 50,000 and 5,000 won notes, respectively, which show you how prominent they were.) The museum and the house are just okay (though the display of Shin Saimdang’s paintings and calligraphy is quite nice), but the main appeal – for me at least – is the surrounding garden, full of persimmon trees ladden with fruits and golden ginkgo trees. 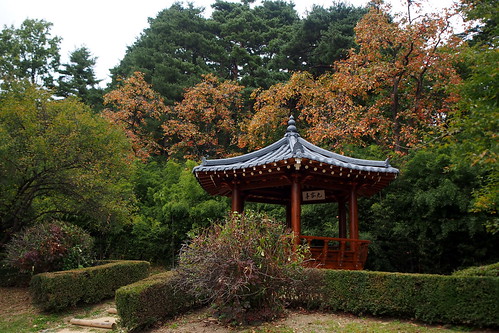 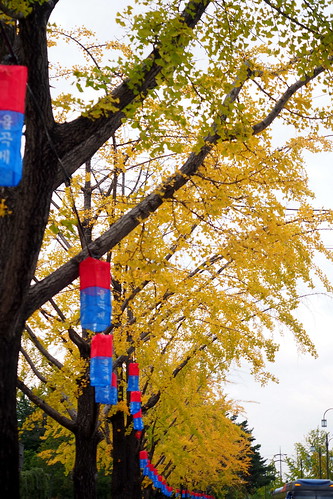 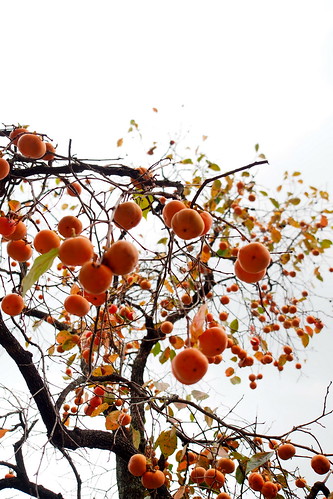 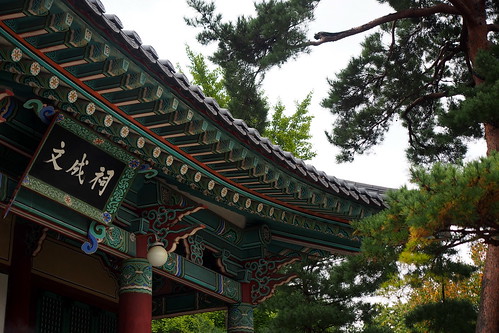 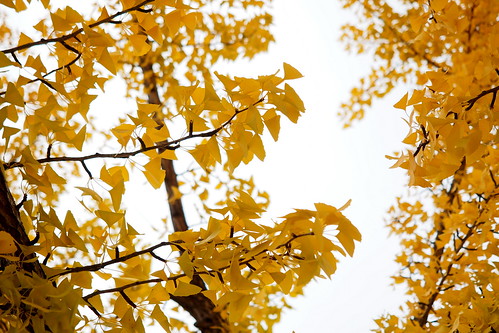 And that concludes my trip to South Korea. Despite the time constraints of a tour, it has given me a good taste of the country. Hopefully some day I can come back and explore it at my own pace!