Last month, I just went on a 4-day trip to South Korea with my aunt. It was an organized tour, which is my least favorite form of travel, but my aunt asked me to accompany her, and I never turn down the chance to travel to a new country, so of course, I accepted.

We started out in Seoul, with a tour of the Gyeongbokgung Palace and the Blue House, the presidential residence. The Blue House we only got a glimpse from afar, but the Palace is beautiful, with traditional buildings surrounding spacious grounds, dotted here and there with trees full of fall foliage or stately evergreens. We also got a short visit to the National Folk Museum, which is located within the premises, and learned about the traditions of Korea. 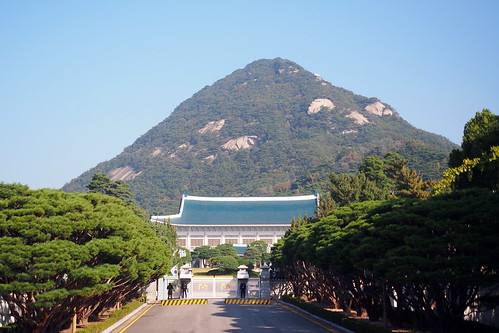 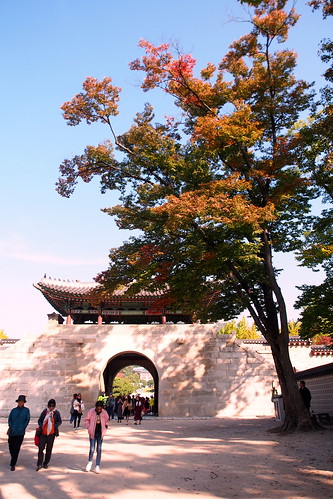 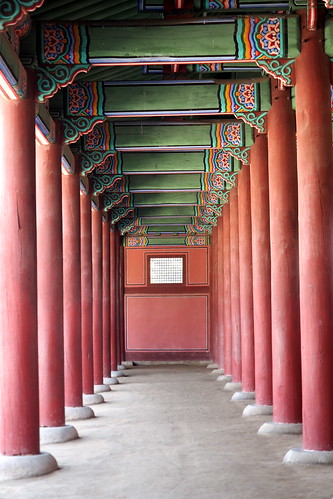 Entrance to Gyeongbokgung and a corridor inside the Palace 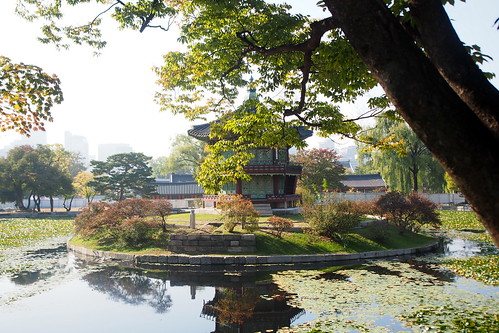 A pavillion on the grounds

Another fun thing about the Palace is that you can see a lot of people wearing hanbok (traditional Korean dress), both tourists and locals. You don’t have to worry about cultural appropriation here – apparently, you can visit the palace for free if you wear a hanbok! (The tour also included a package for hanbok rental, though I didn’t wear one; I much prefer taking pictures of others.) 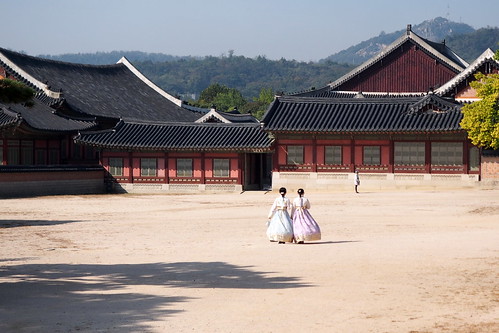 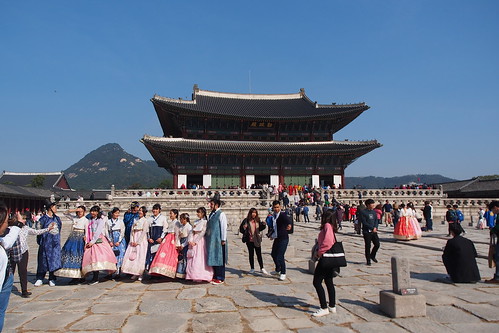 The maine square of the Palace 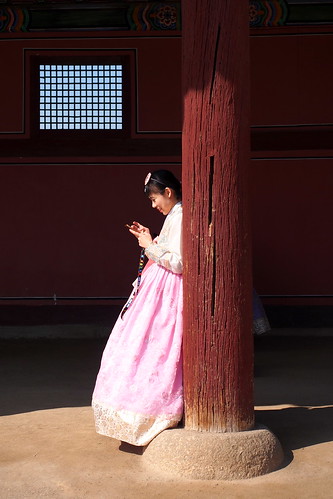 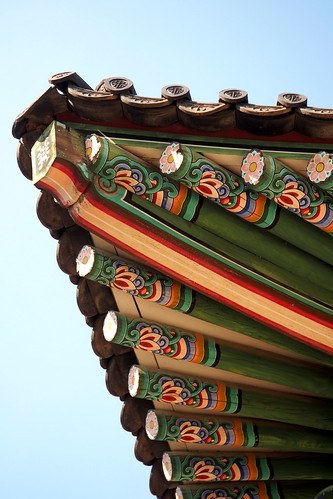 Later in the day, we went to Everland theme park, South Korea’s version of Disneyland. You need at least an entire day here, and besides, I’m too much of a wuss for some of the rides (it has the fourth steepest roller coaster in the world. Just hearing the screams was traumatic enough). I ended up wandering around the flower gardens of the European Village with my aunt and other elderly ladies of our tour group (I guess I’m an old lady at heart!) and enjoying the Halloween decorations. 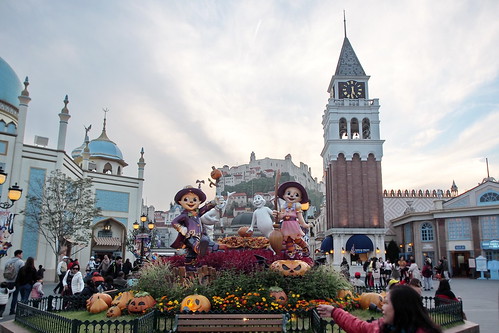 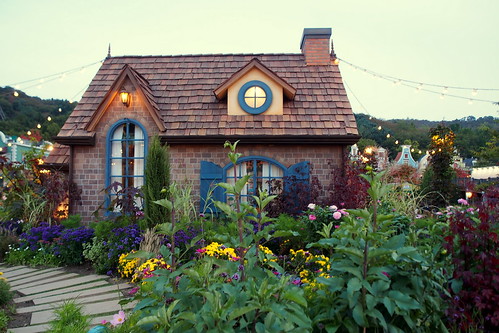 The Cottage Garden of the European Village 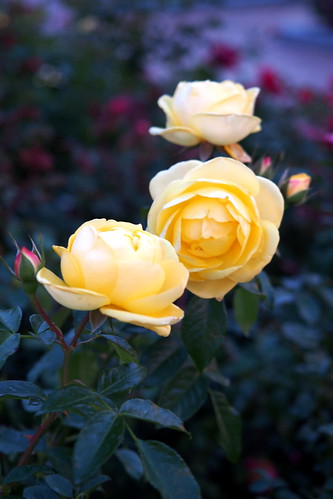 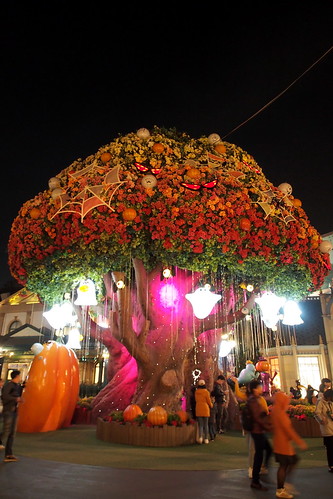 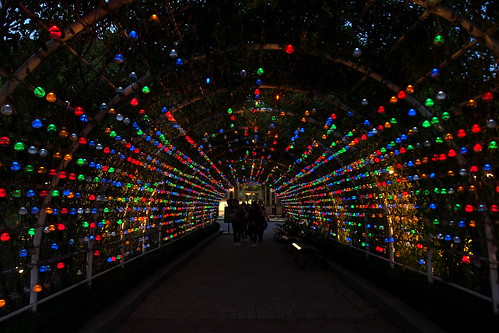 The next day, we got to see more of Seoul in the form of the Dongdaemun shopping district. Shopping is actually a huge part of the tour – most of the women in the tour group came back ladden with Korean beauty products – but I’m not much of a shopper, so I used that time to wander the nearby streets and people-watch. Later, we headed to the Namsan Tower, where you can have some magnificent views of the city. 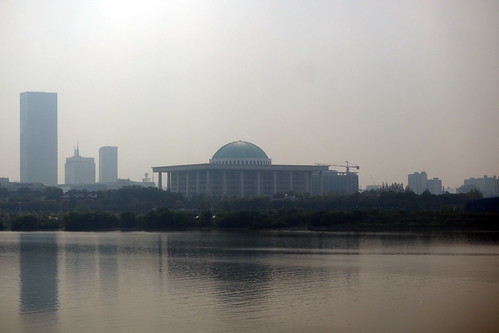 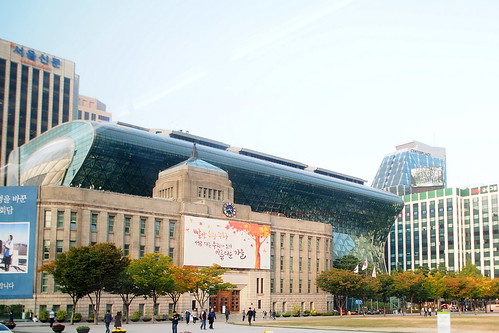 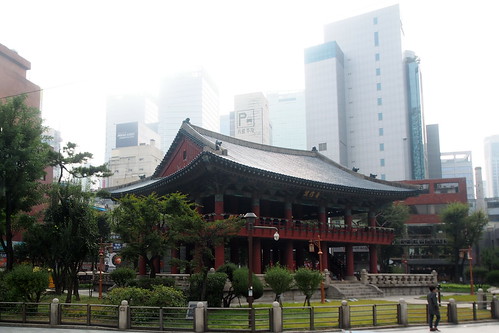 A temple on the street of Seoul 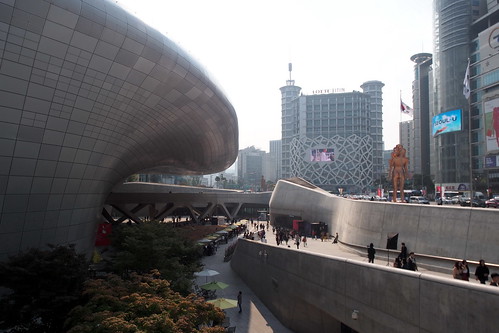 Dongdaemun Design Plaza, where you can see a lot of street style photo shoots 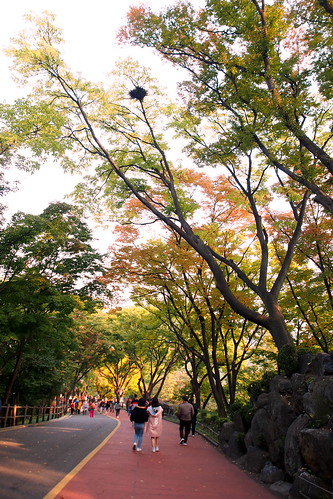 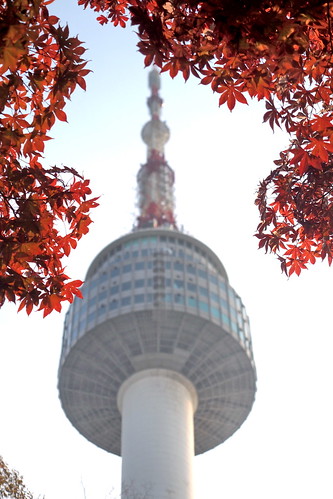 The road to Namsan Tower, and the Tower itself 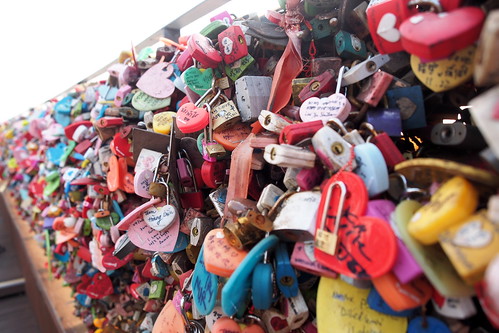 Finally, to round out our Seoul trip, we went to Nami Island. It is not an actual island but just a river islet about an hour from Seoul, which gained popularity for being the filming location of “Winter Sonata”, a famous K-drama. I don’t watch K-dramas, but the island itself is very beautiful, with tree-lined walks and glimpses of the river through the branches. It was full of tourists, of course, but if you venture down to the river bank, you can find a lot of quiet pockets to relax in, after the hubbub of Seoul. 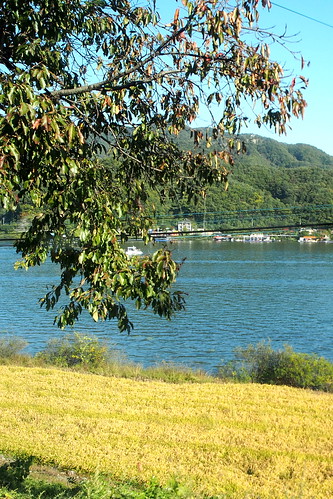 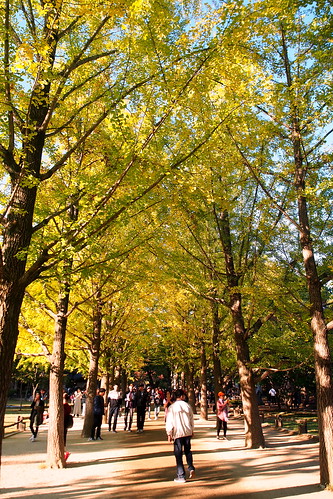 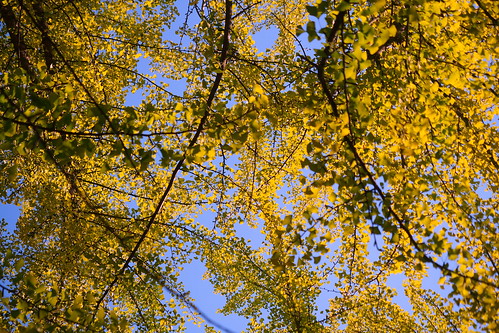 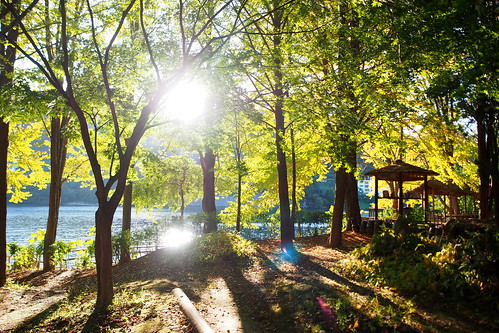 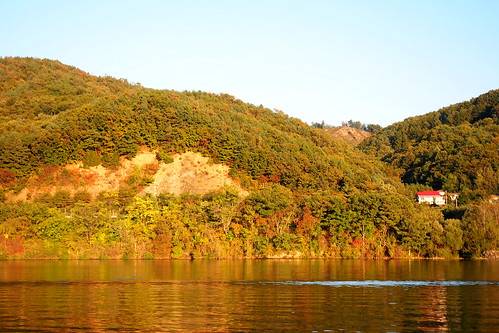 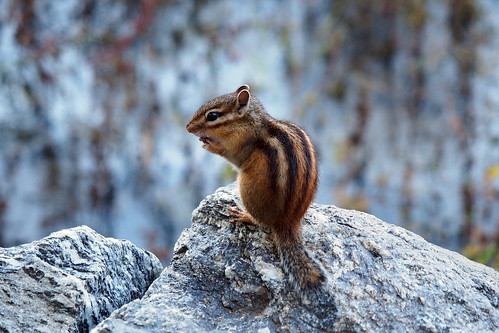 The squirrels and chipmunks of the island are so used to people that I could go right up to this guy and he even posed for me!

My only complaint is that we went there a tad early, so the leaves haven’t changed colors yet. But that would soon be rectified, because our next stop would be a national park in the mountains. Stay tuned!