A Week In Da Nang

It has become kind of a tradition with my family to take a week-long vacation in early summer. Since most of us work in academia, it’s the most convenient time (later in the summer we would be busy preparing for the upcoming semester); plus, the kids won’t have to wait too long for their vacation.

This year our destination is Da Nang, a city in Central Vietnam best known for its beaches. Most travelers skip it altogether or only use it as a transition point between two more popular destinations – the ancient capital of Hue and the old town of Hoi An – but we’re all about avoiding the crowd, so to Da Nang it is.

To shake things up, we also decided to take the train instead of flying. Sure, the trip takes 15 hours instead of 1,5, but it’s fun to sleep on the train (we had an entire compartment to ourselves), and you can catch some epic sunrise and sunset too. 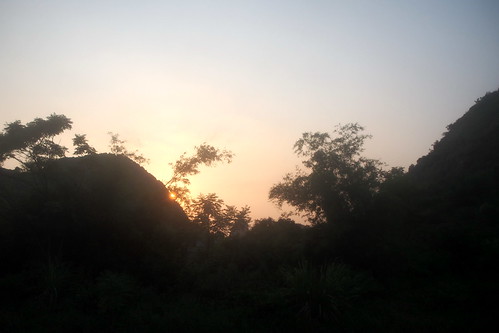 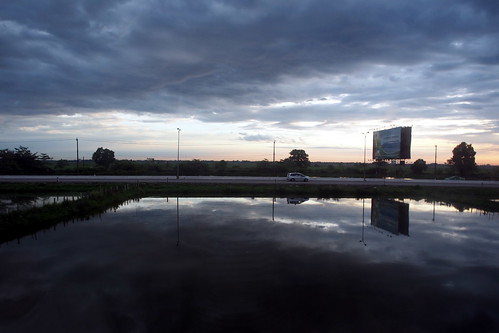 Sunrise on the way to Hue

Another great thing of train travel is you get to go through the Hai Van (Sea Cloud) Pass, the most beautiful coastal road of Vietnam (called “a ribbon of perfection” by Top Gear). You can’t get views like these from a plane: 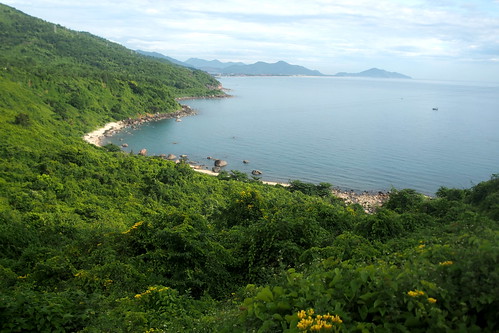 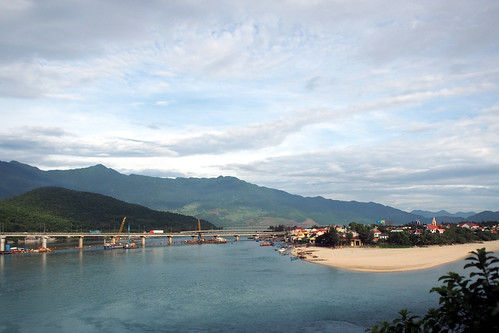 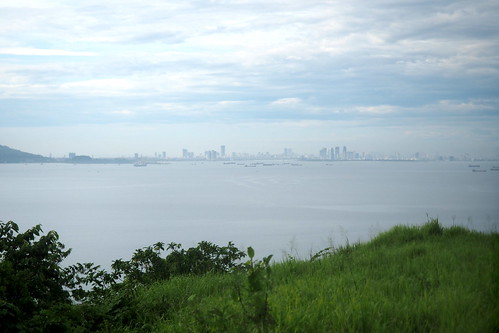 Our first glimpse of Da Nang from the train

In Da Nang, we rented an apartment right by the beach. It’s in a newer part of town, so we had the beach almost to ourselves. To avoid the sun, we only went to the beach very early in the morning (I’m talking about 5 AM early) or late in the afternoon. 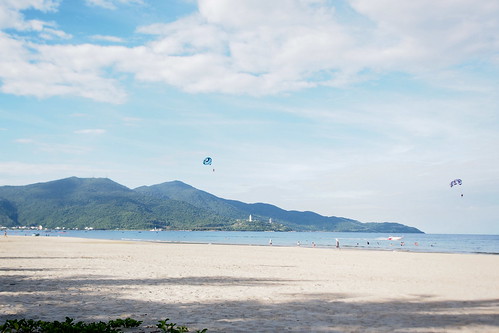 The beach in the afternoon… 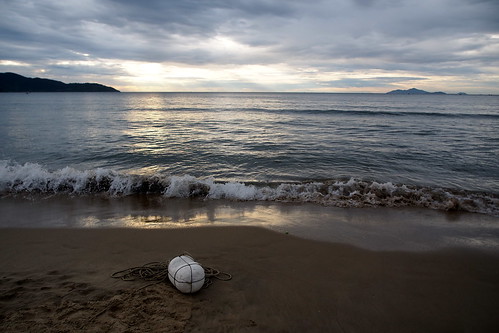 … and in the morning

If you go early enough in the morning, you can see the fishermen coming back with their catch in distinctive basket boats. You can even buy their fish – it doesn’t get fresher than that! 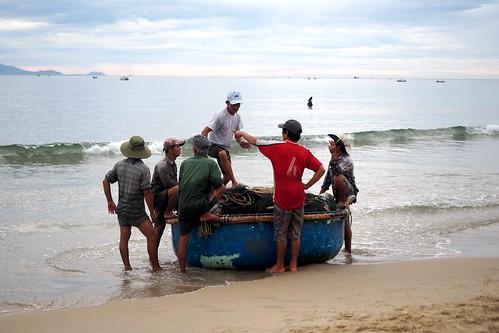 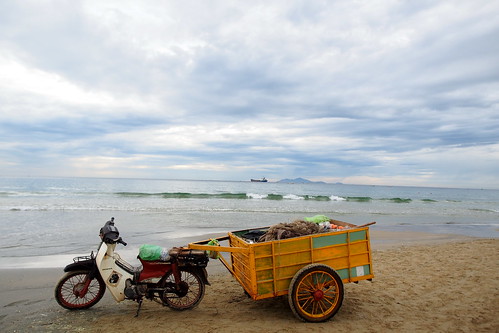 A fisherman’s motorbike and his gear 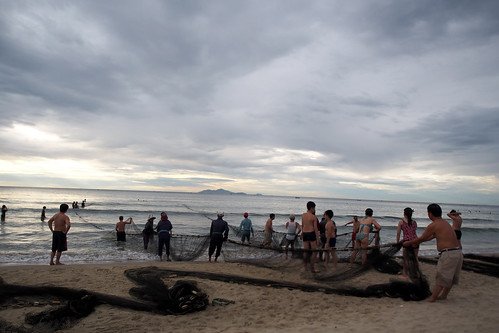 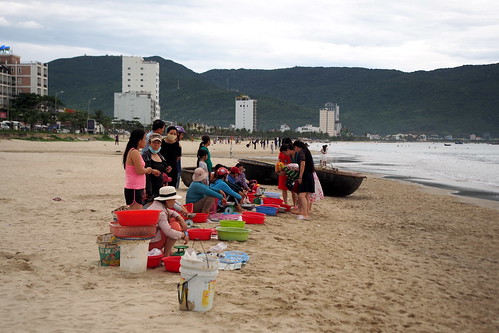 A make-shift fish market on the beach 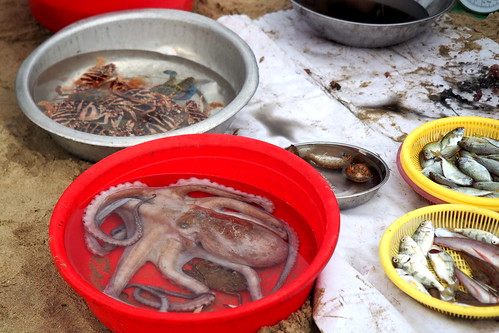 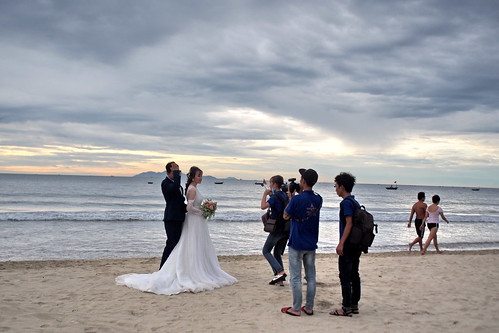 You can also see a lot of wedding photo shoots 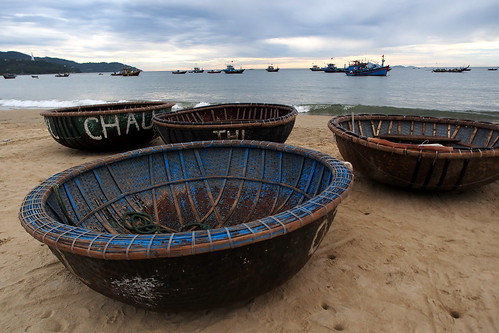 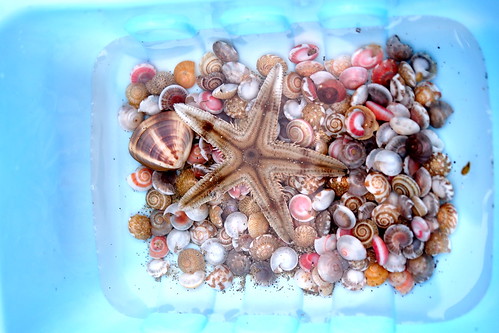 Of course, being so close to the famous old town of Hoi An (it’s only 30 km away), we had to take a day trip there as well. However, it wasn’t easy with two kids in tow, so I didn’t get to see as much of the town as I’d wanted. I’ve been there once before, but that was years ago and I didn’t remember much of it, except that it was very pretty. It’s still pretty now, like a more compact version of the Old Quarter of Hanoi, only with Chinese and Japanese influence on the architecture rather than French. Unfortunately, it was also very hot and insanely crowded. Otherwise, I would’ve gone back there by myself to really explore the place. 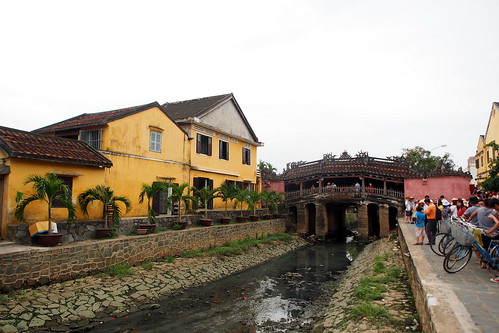 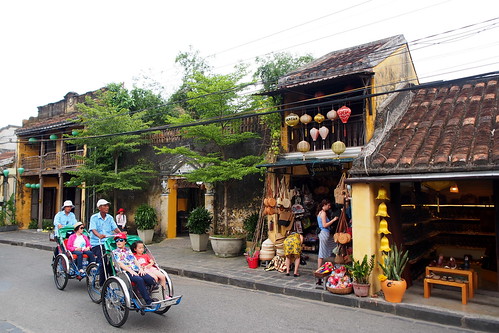 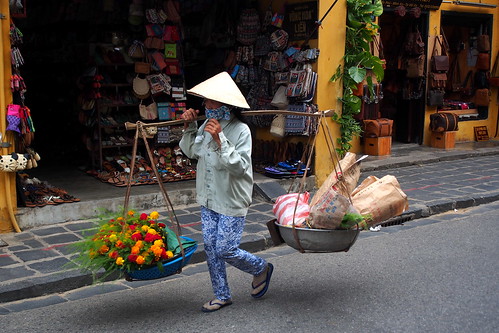 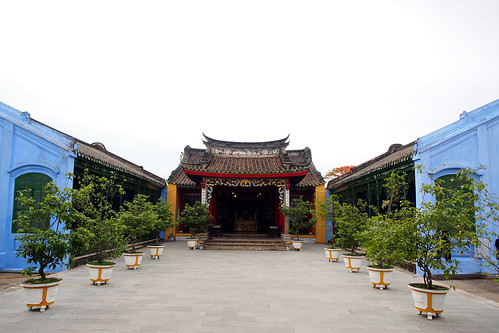 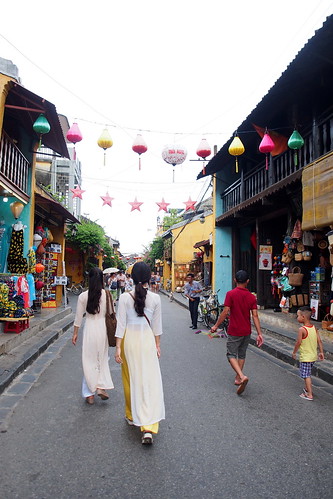 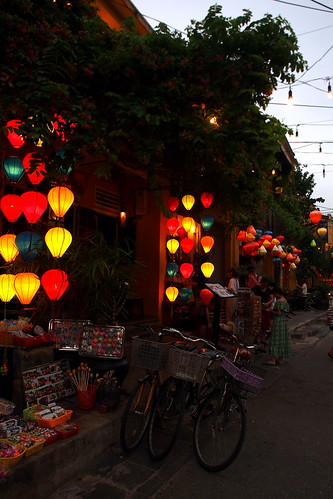 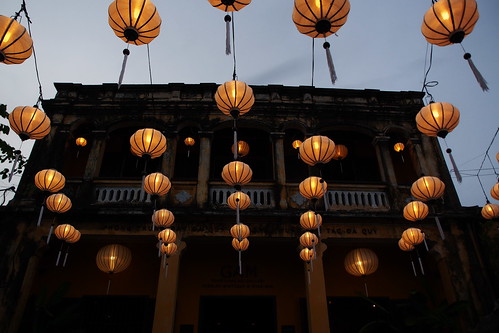 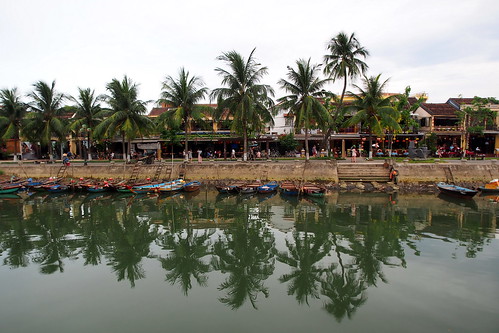 There are also plenty of day trips and hikes that can be taken from Da Nang, but I was feeling lazy, so I just wandered around the waterfront area of the city, which isn’t far from our apartment. It’s a great place for people watching, and when Da Nang’s many bridges, the most famous of which is Dragon Bridge, are lit up as darkness falls, it is quite an impressive sight. 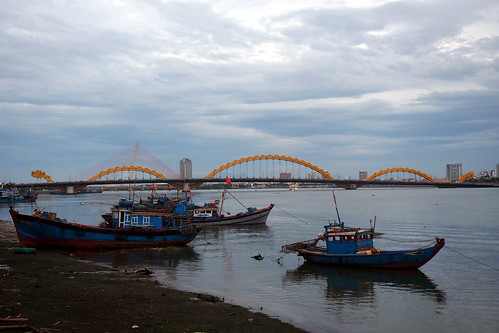 Dragon Bridge during the day 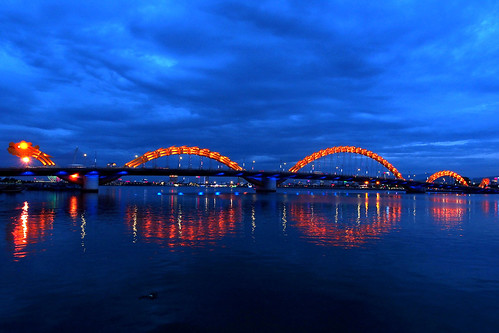 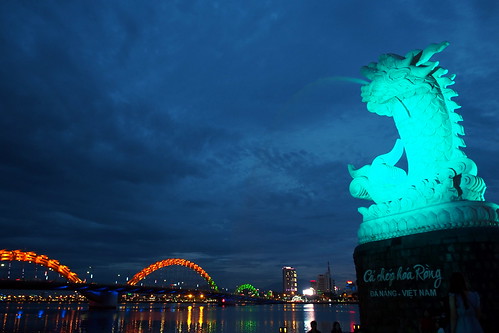 Our answer to Singapore’s Merlion 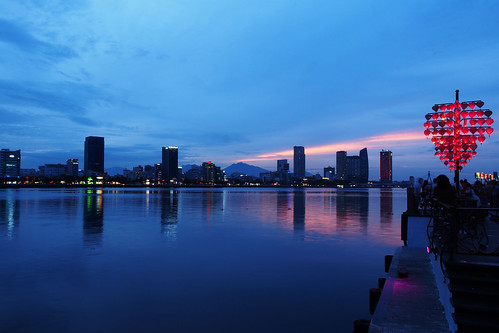 All in all, it was a good trip. I still prefer the “discover and explore” type of travel, but it’s fun to just relax once in a while.