In my post about the Amsterdam Gay Pride Parade, I said there were two reasons I stayed an extra week in the Netherlands. One was the Parade itself, and the other was a book fair held on the first Sunday of August in Deventer, a town in central Netherlands. It is said to be the biggest book fair in Europe, with 6 km (!!!) of stalls winding all through the Old Town and along its riverbank. I knew I couldn’t pass up such a chance. So on Sunday, I got up early and took the train to Deventer (it takes 1.5 hours from Amsterdam, and the fair started at 9:30).

If you ask me what Deventer is like as a town, I wouldn’t be able to answer. As I left the train station, I followed the signs (and the crowd) to the main square, where the stalls began, and I didn’t see anything else after that. It was all books, books, books as far as the eyes could see. It was like Heaven. Of course, most of the books are in Dutch, but just basking in that atmosphere is exciting enough. After wandering around a bit to take it all in, I did find some stalls specializing in English books and spent the rest of the morning browsing through them. 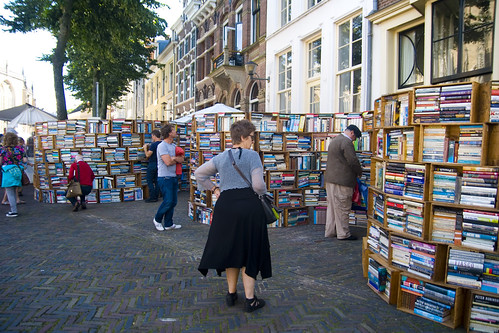 I have died and gone to Heaven 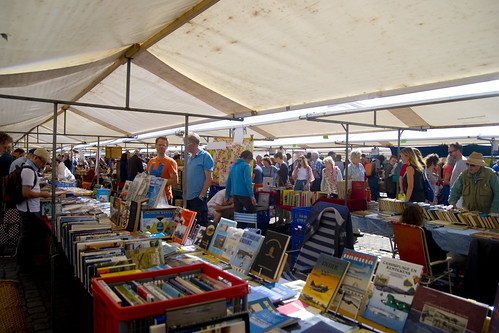 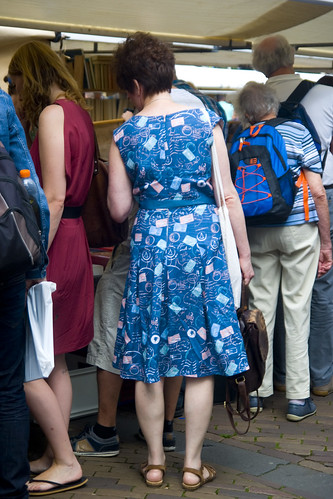 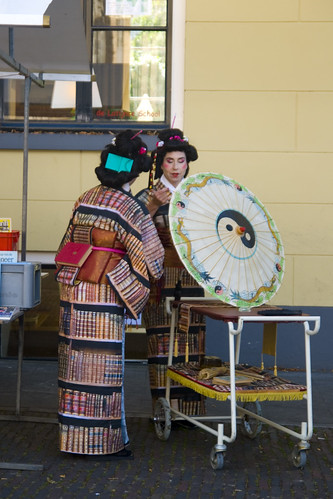 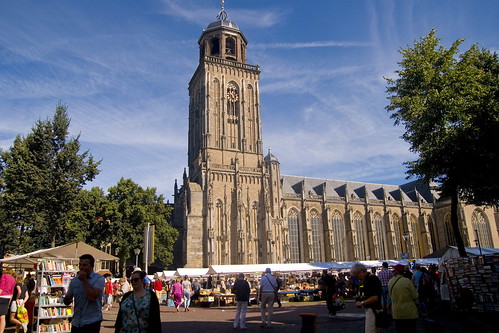 Because of my luggage weight, I had to limit myself to 5 books. I ended up getting just three, but for less than 10 euros, I’m happy with my haul. 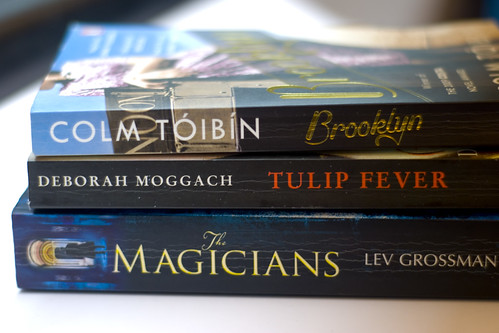 I couldn’t walk through all 6km of stalls, of course. By the early afternoon, my legs were screaming, so after a quick lunch, I got on the train again and headed toward Utrecht – it was on the way back to Amsterdam, and it was a town I’m interested in.

I didn’t spend too much time at Utrecht (mostly because I was exhausted), but I liked what I saw. I walked along the canals, visited the central museum, and finally settled down for a cup of delicious hot chocolate at the museum cafe. Utrecht has more of a scholarly air than other Dutch towns I’ve visited, and I also like that the canals there have stairs leading down from the streets, so you can walk along them. And of course, its most famous creation, Miffy (or Nijntje, as she’s known in Dutch), is everywhere. 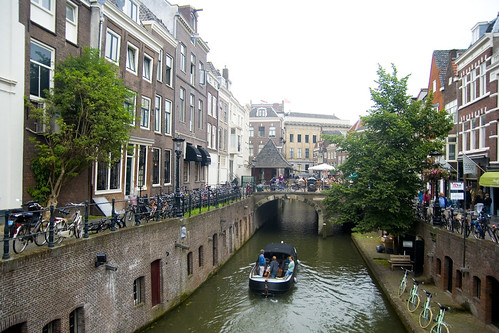 The canals of Utrecht 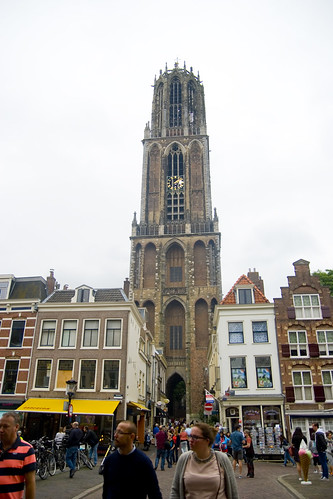 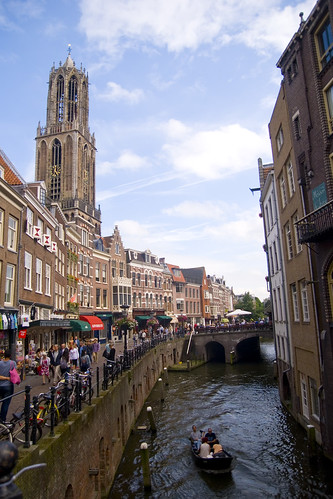 Two views of the Dom Tower 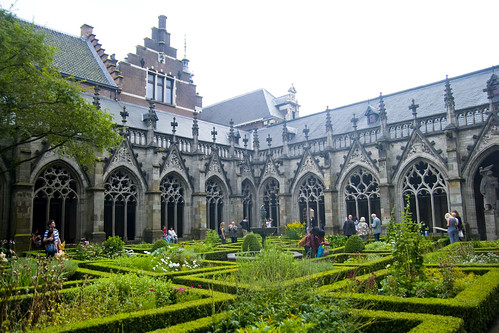 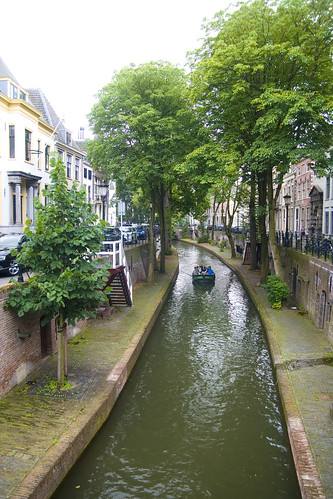 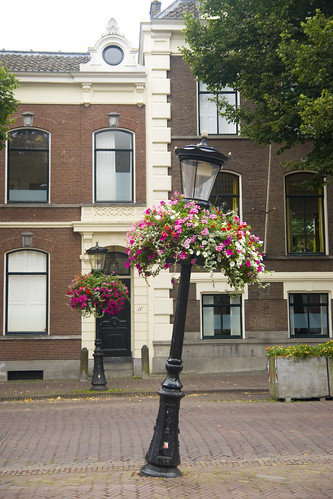 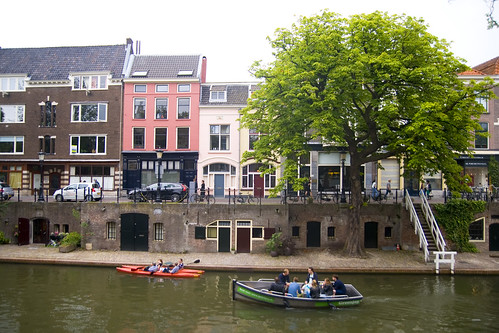 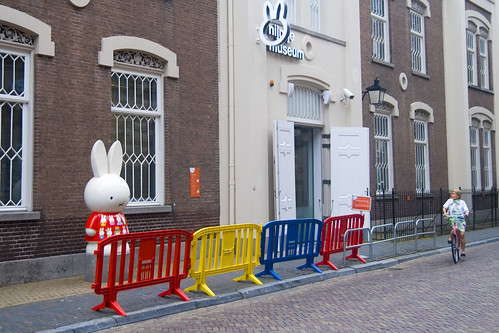 And with that, my absolutely wonderful trip was over. It has reawakened the wanderlust in me, and now I can’t wait to plan my next trip. Where should I go?