While I was in The Hague, I took two day trips to nearby towns, Delft and Leiden. They are good samples of what a typical Dutch town is like – cute canals lined with shops, boats, and houses (and houseboats), with a couple of churches to provide navigation points (most of them are named Oude Kerk & Nieuwe Kerk – Old Church & New Church. Old churches were usually built in medieval times, around 1300s, and new churches were usually built around 1600s.) 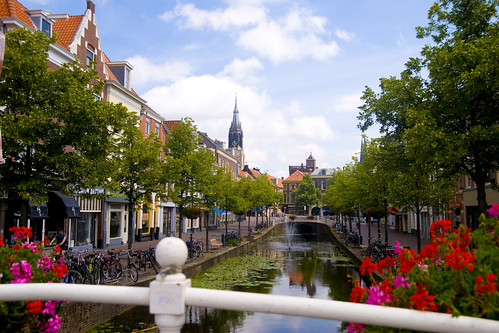 The main canal in Delft 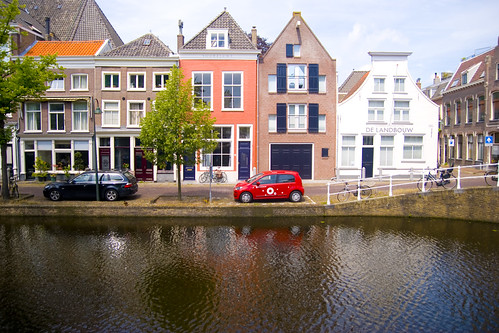 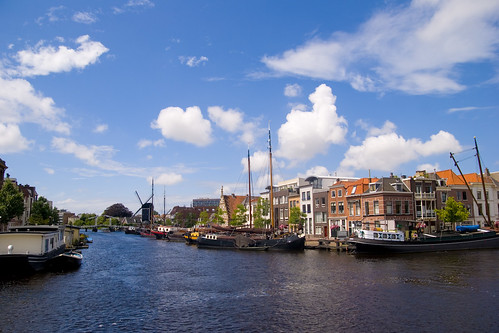 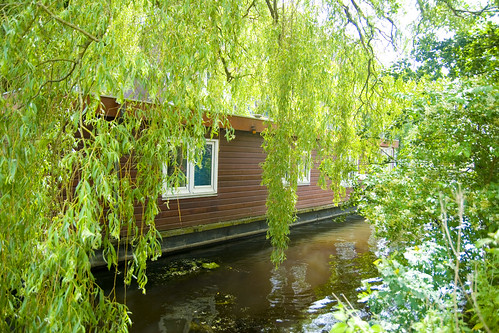 Leiden is a bit bigger than Delft thanks to its university, but I think Delft, due to its small size, has more concentrated cuteness. Even then, with both towns, you don’t have to walk far to find a photo-worthy spot. In both places, my friend and I spent most of our time walking along the canals, taking in the sights, people-watching, window-shopping, and stopping at a cafe or a fish-and-chip van when we were tired (no raw herring for me though!) 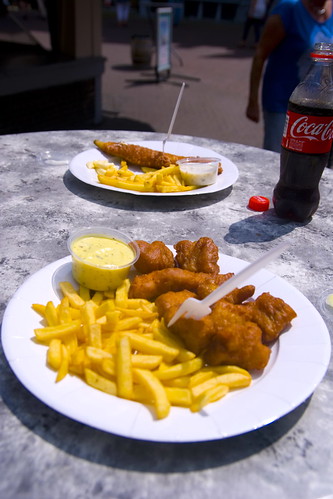 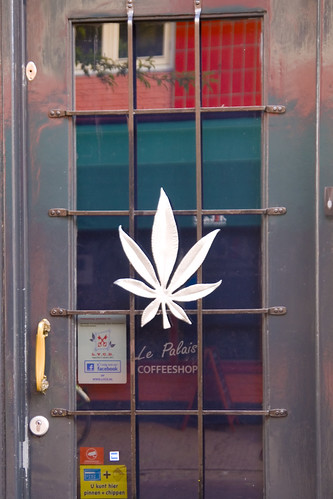 Fish & chips and weed – you can’t get more Dutch than that (no, I didn’t try the weed) 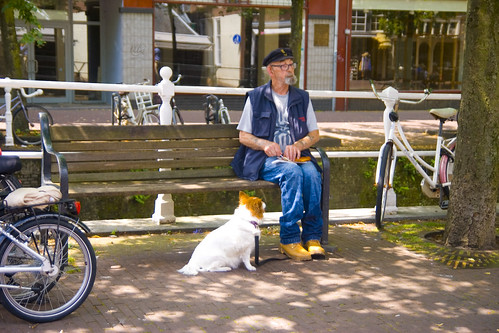 An old sailor we met at the fish&chips van 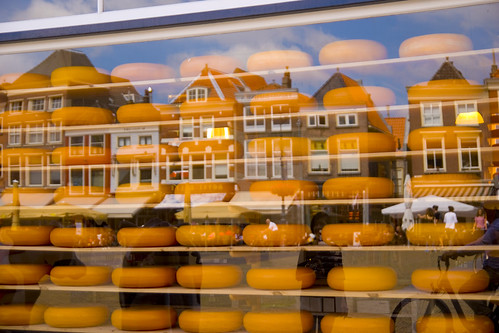 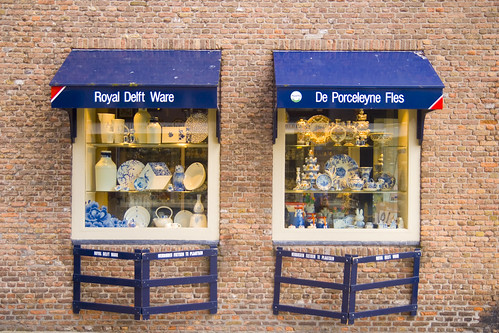 Cheese and Delftware – two of the most popular items on sale 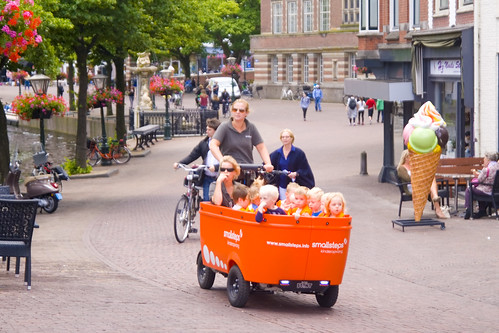 A common sight on every Dutch street 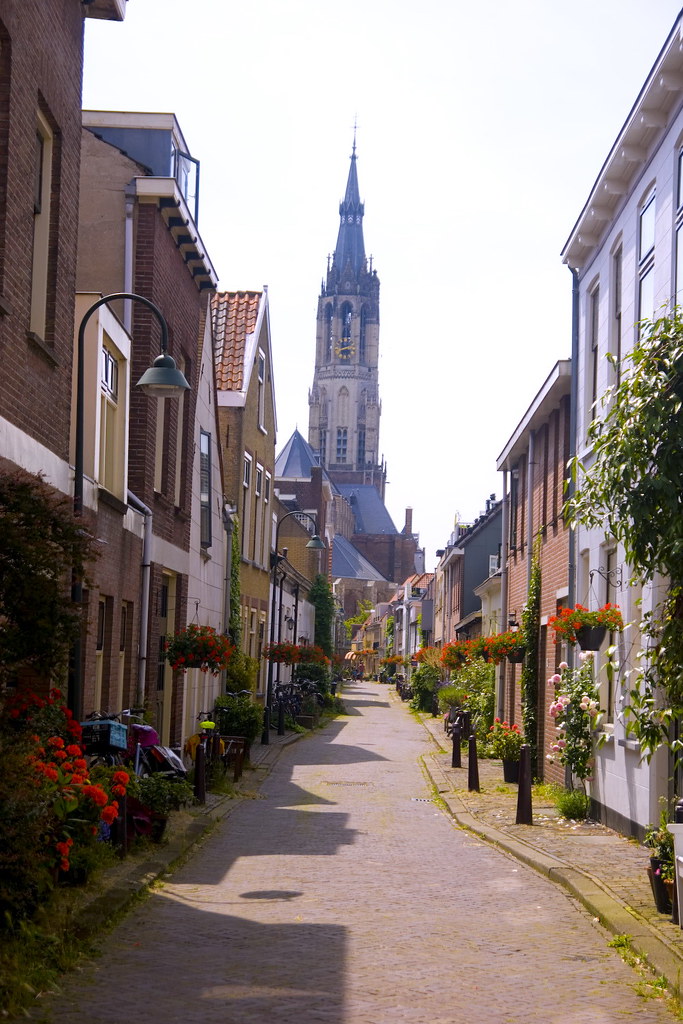 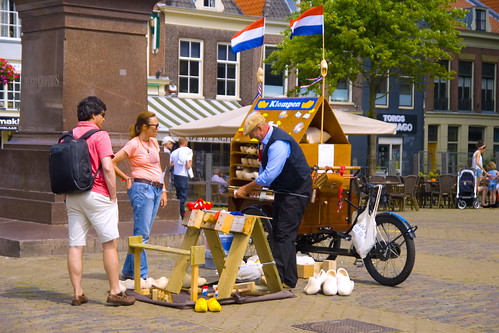 We happened to be in Delft on the day its municipal museum was free, so we spent the afternoon admiring the artwork and gorgeous Delftware. I wish we had time for the Royal Delft Factory as well, but I didn’t mind wandering around. In fact, I prefer to just wander instead of rushing through a place to cross things off a list.

Another thing I noticed about Delft and Leiden (and other Dutch towns too, as I came to realize) is that they have these mini libraries on the street, filled with free books for anyone to take. Of course most of the books are in Dutch, but that is an idea I can totally get behind. 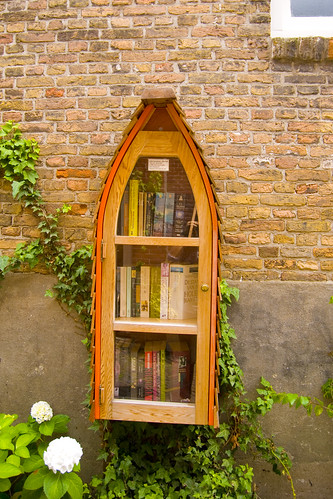 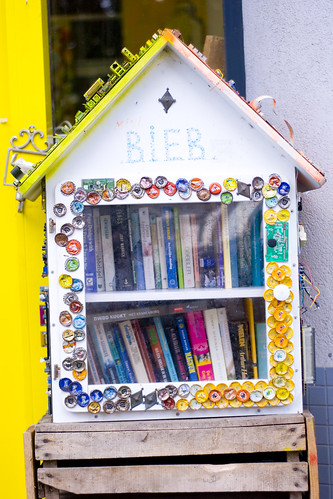 One last funny anecdote: as we were walking along the outer canals of Delft, my friend suddenly said “Is it me, or is that church tower leaning?” We were pulling out our phones to look it up when a tour boat passed us on the canal, and I overheard the tour guide saying something along the line of “… leaning at a 20 degrees angle.” Turns out the Old Church tower does lean – it’s even called the Dutch Leaning Tower, to differentiate from the one in Italy, you know. We just didn’t notice it because we had only been seeing it from the front! 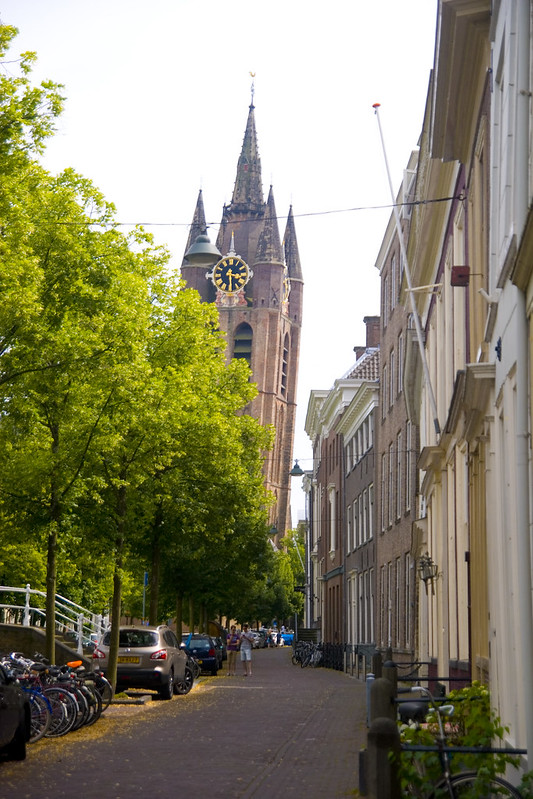