On my second day in Belgium, I got up early and went to the station to buy my weekend ticket to Bruges. The train also went past Ghent, another town I wanted to see, so I decided to stop there on the way back in the afternoon.

Bruges has been on my list of dream destinations ever since I saw In Bruges – it’s not a romantic film by any stretch of the imagination, but it does a great job of contrasting the romanticism of Bruges with the horrible violence of the plot. Besides, if you’ve read my Germany travel diary, then you know that Bruges is just the kind of medieval small town I’m interested in.

And Bruges didn’t disappoint. It is perhaps not pretty in a “gingerbread house” kind of way like Ladenburg and Quedlinburg in Germany, but around every corner, down every alley, there was something to catch your eyes and make you want to stay there, perhaps forever. 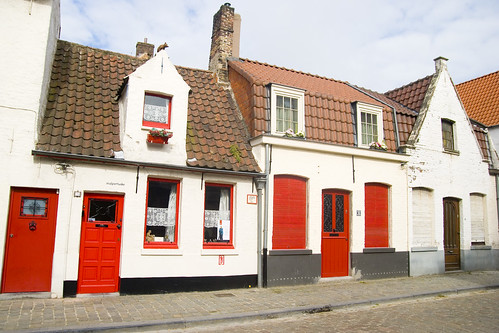 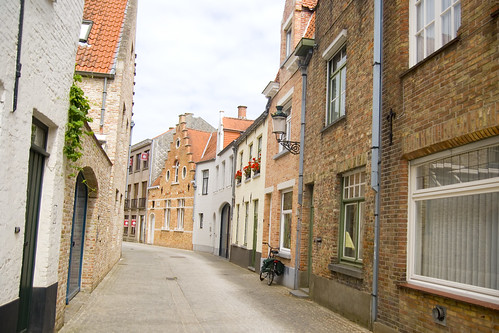 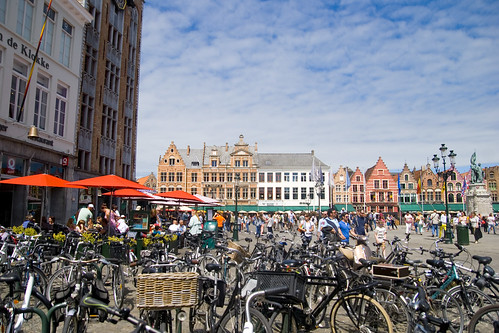 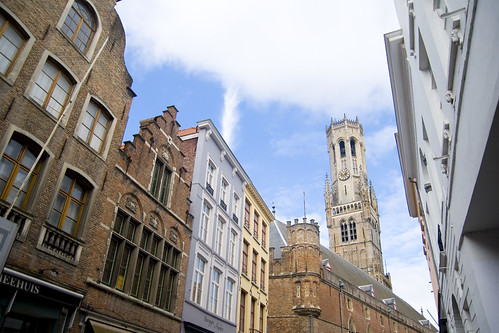 The famous (or infamous, if you’ve seen In Bruges) Belfry of Bruges

Then I took the boat tour around its canal and I wanted to stay there even more. In fact, I almost missed the train back because as I was walking to the station, I kept darting in and out of alleys to check out a cute house. 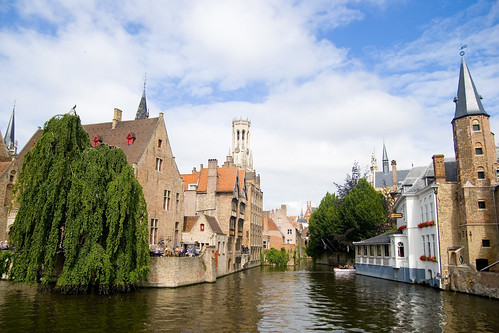 This is in the movie too 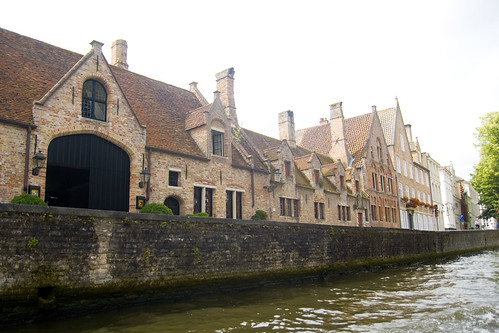 Of course, there was the food – waffles and fries and chocolate, mostly. Oh so much chocolate. 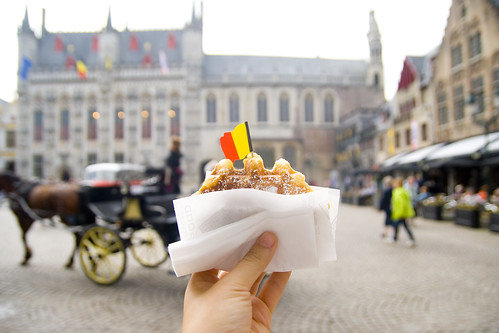 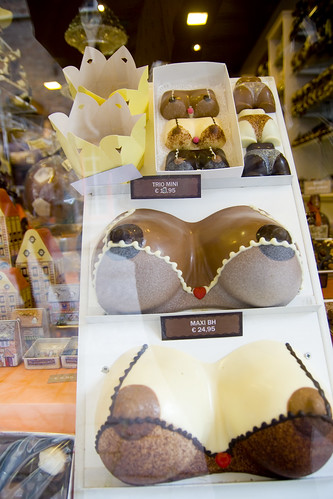 Yup, those are chocolate boobs

Another highlight of Bruges is when I stumbled upon a wedding at the city hall. I think either the bride or groom must be British, because they had some kind of folk dance, and all the performers spoke English (Google tells me it’s a Morris dance). All the tourists stopped to wait for the couple, and we all started clapping and snapping pictures when they came out. It was really lovely. The waffle man across the square told me that there was a wedding almost every Saturday, and there was one where the newlyweds rode away on a motorcycle! That must have been quite a sight. 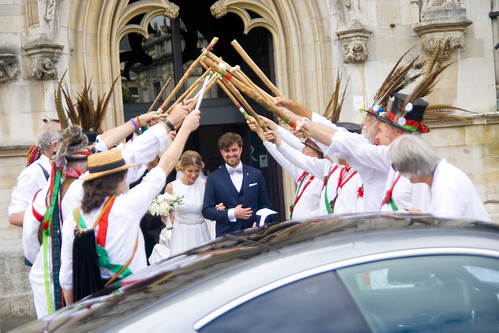 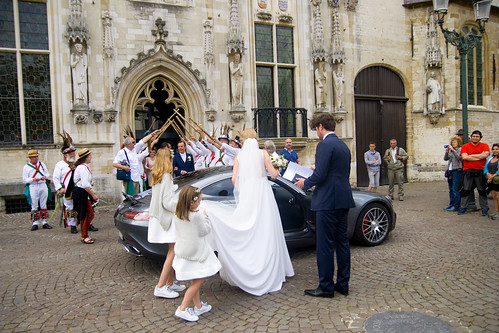 Finally, late in the afternoon, I bid farewell to Bruges and headed to Ghent. Ghent is often said to be just as pretty as Bruges but not as touristy, so I wanted to check it out. Just my luck though: the day I visited was also the start of the Ghent Music Festival, and the place was crawling with people. Still, when I got away from old town center, things quieted down considerably, and I was able to find some lovely spots. So even though I couldn’t stay as long as I liked, I did manage to see the best of Ghent. 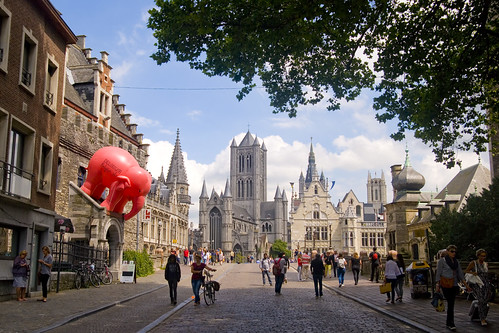 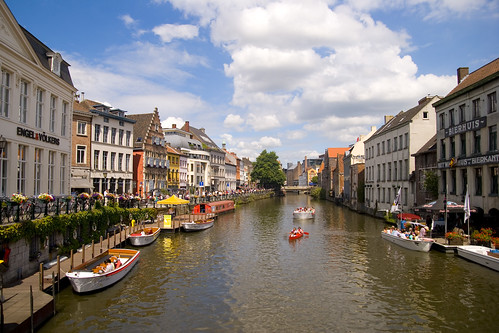 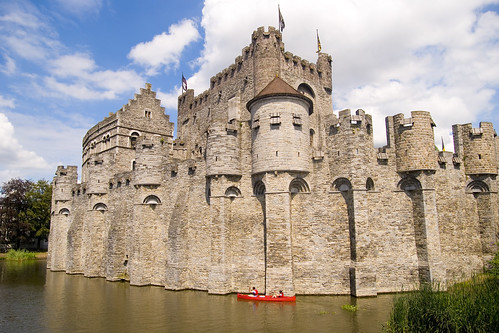 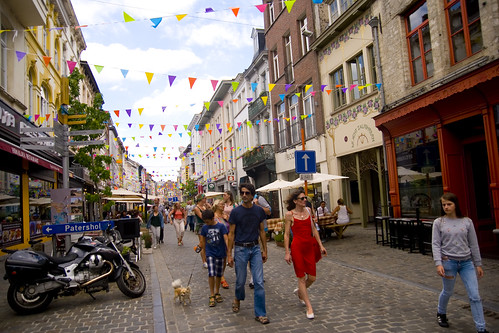 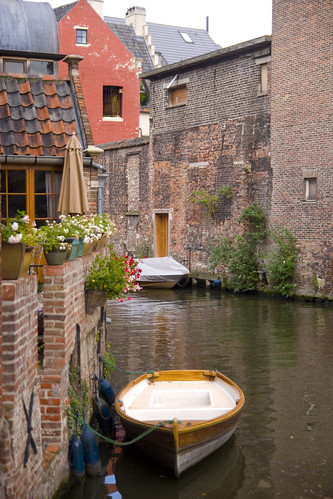 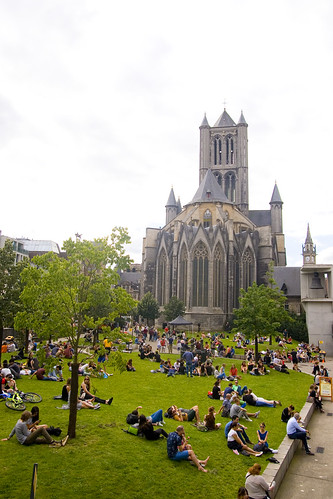 A quite spot in Ghent… and a not so quiet one

One thing I did differently on my visits to Bruges & Ghent is that I didn’t have a map or any guide with me. I pretty much just followed the crowd and stopped at whatever struck my fancy. Sometimes I quite literally stumbled upon a point of interest – such as the graffiti alley in Ghent, for example. I’ve read about it and was mildly interested, but didn’t really try to look for it, and then, while I was wandering away from all the noises of the center, there it was! 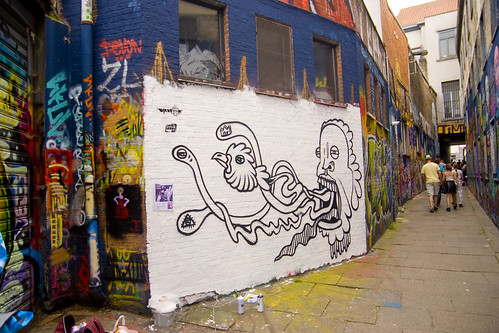 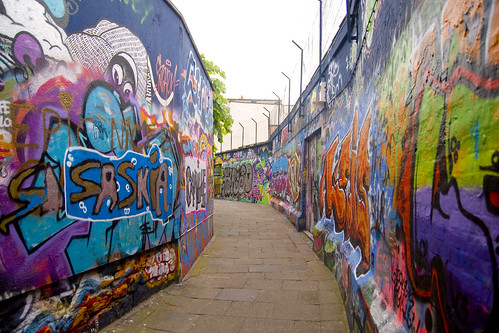 It was a miracle that I didn’t get lost. But then again, being lost in this may not be such a bad thing: 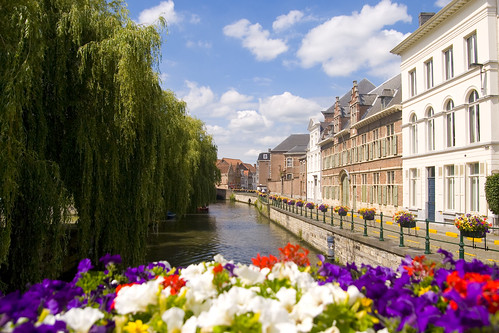