Originally Belgium wasn’t even on my plan for this trip, but then I remembered an old family friend living in Brussels, who would totally let me stay with her, so I figured this would be a good chance to add another country to my list. I chose to go there during the weekend because, like Germany, Belgian rail has a weekend ticket – you buy a “zone” ticket for half the price, and can travel anywhere you want within that zone from Friday night to Monday morning. I planned on visiting Bruges and Ghent, so that seemed like a really good deal.

I arrived by bus from the Netherlands on Friday afternoon (the bus ticket cost 9 euro, which is a steal compared to the 45 euro train ticket). It was too late for any activity, but I spent a very happy evening walking round, seeing all the sights like the Grand Place (or Grote Markt) and the surrounding streets. All the shops seem to sell nothing except for chocolate, lace, and waffles, but since I just had a huge dinner, I decided to save them for another day. I also saw the Arc de Triomphe at the nearby Parc du Cinquantenaire, which commemorated the 50th anniversary of Belgian independence – so it’s kind of ironic that it actually reminded me of Paris more than anything else. 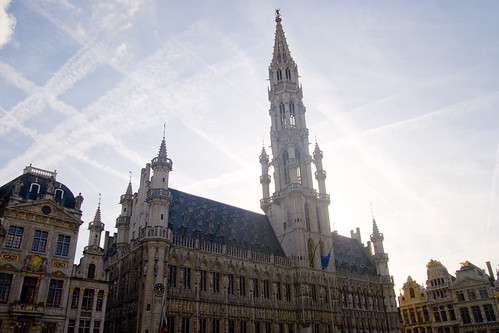 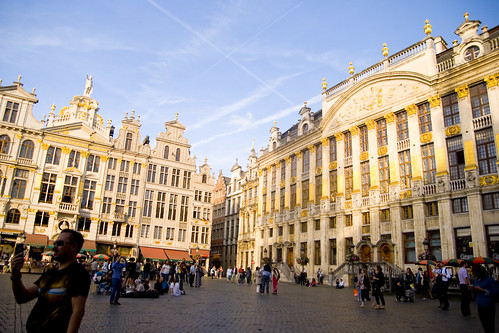 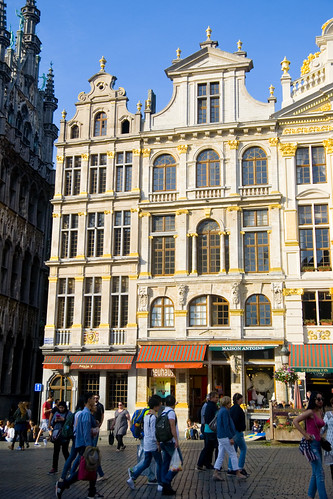 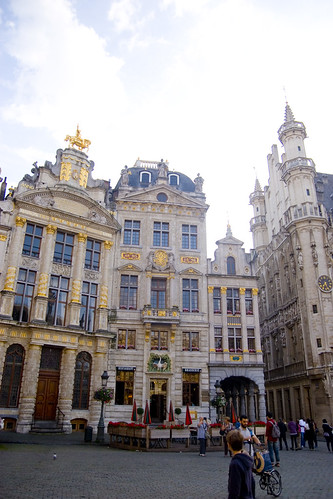 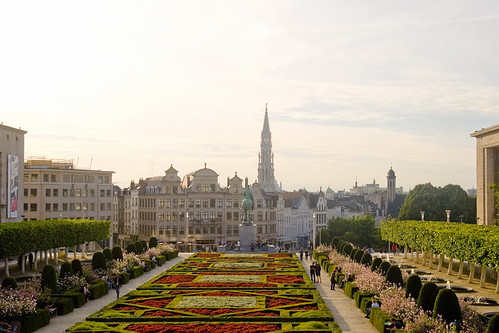 View of Grand Place from the Mont des Arts Garden 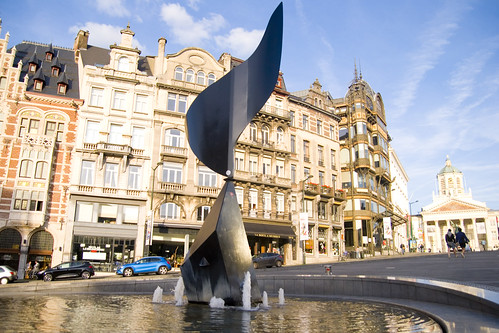 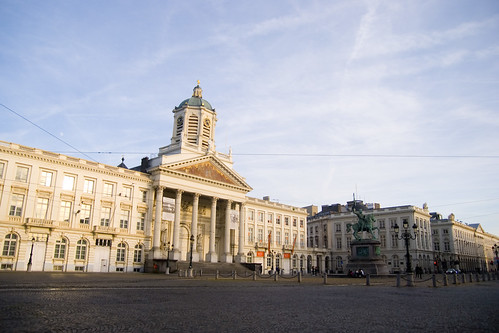 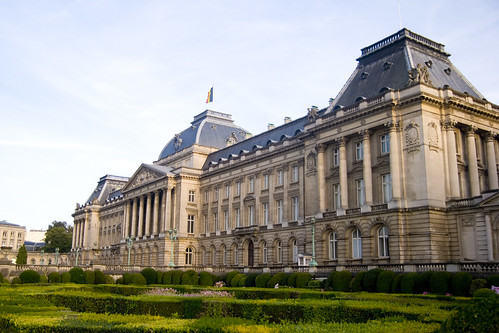 The official Royal Palace (the work place, not the residential one) 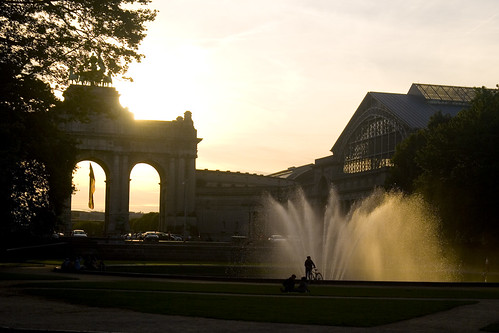 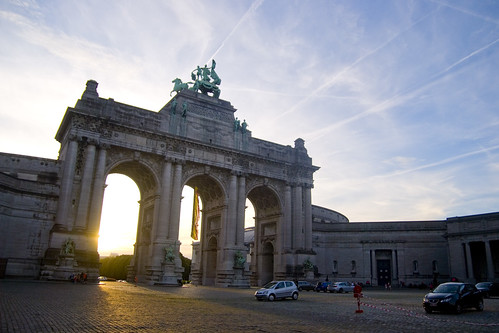 And of course, I saw the Manneken Pis, the famous sculpture of the little boy peeing, just off the Grand Place. I’ve filed it with the Mona Lisa and the Little Mermaid as “things that are a lot smaller than you thought”, because it is ridiculously small – as you can see from the photo. 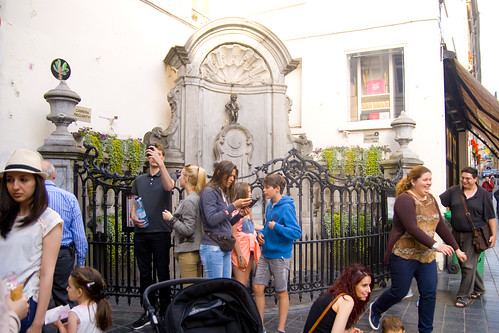 But there are plenty of reproductions around, some a lot more colorful and entertaining than the real thing. 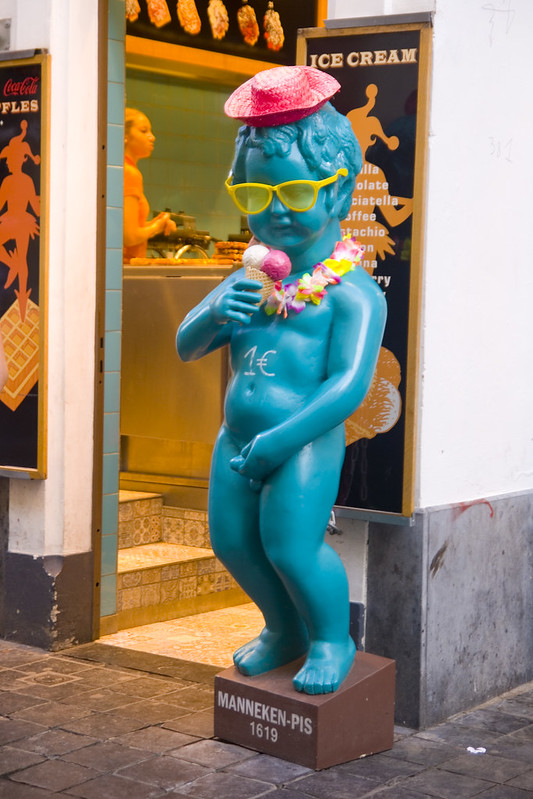 On Saturday I went to Bruges and Ghent (they will have their own post), and on Sunday, I saw more of Brussels. Half of it I spent in the Royal Museum of Fine Arts – it’s mostly standard “art museum” collection, but the Art Noveau stuff is drop-dead gorgeous. Also bonus point: the museum cafe has really good cakes and is not as overpriced as other museum cafes I’ve seen. 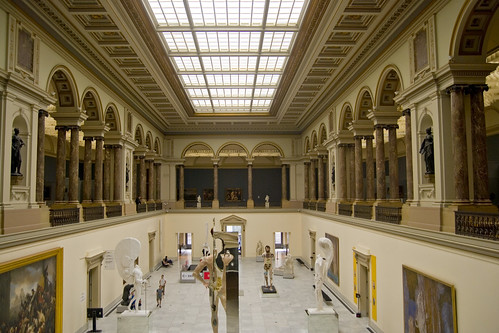 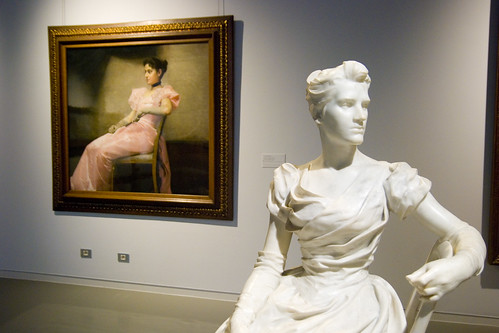 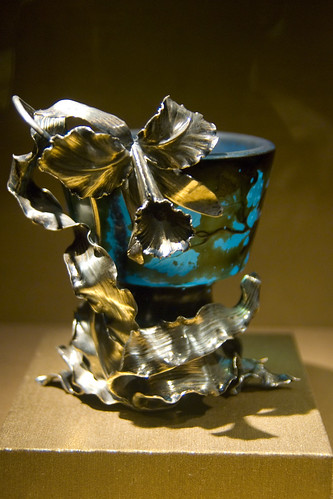 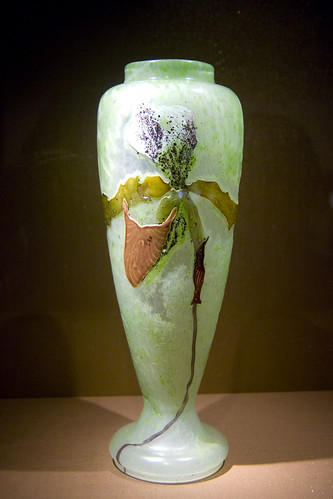 I also visited the frighteningly huge Palace of Justice (which has been covered in scaffolding for 20 years), a nearby church, and, in the afternoon, saw the Atomium (it was too late to go inside, but I don’t mind) as well as the Japanese Tower and Chinese Pavilion (which are near the residential Royal Palace). These Oriental buildings are part of the Museums of the Far East, which sadly were closed in 2013 for renovation (and considering the speed of renovation on the Palace of Justice, I doubt they will be opened any time soon.) 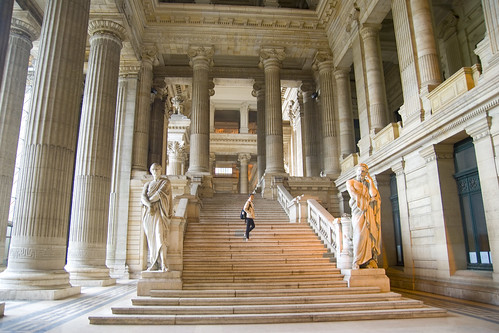 The Palace of Justice – and me, for scale 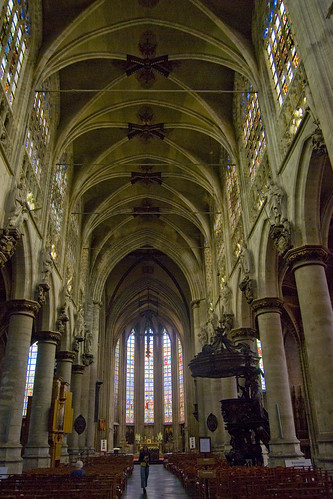 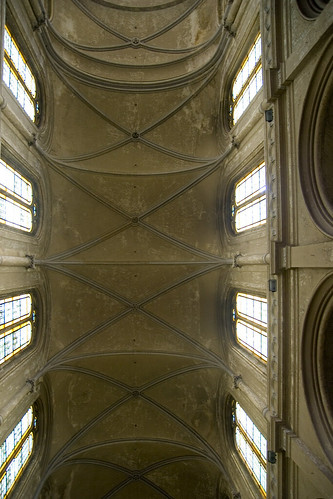 Inside the Église Notre-Dame du Sablon 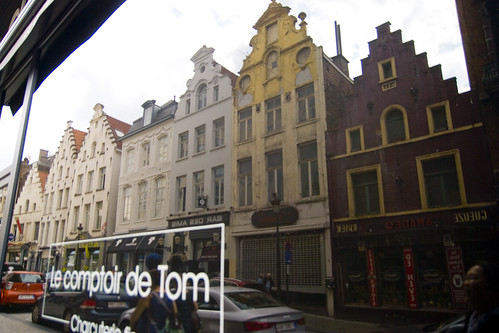 Some rare instances of Flemish architecture 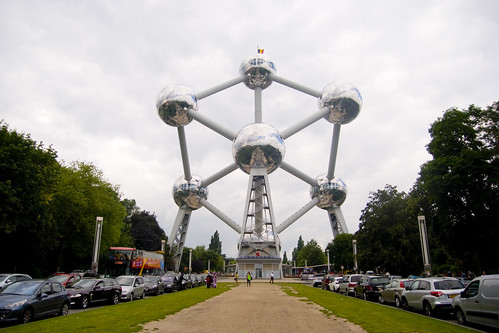 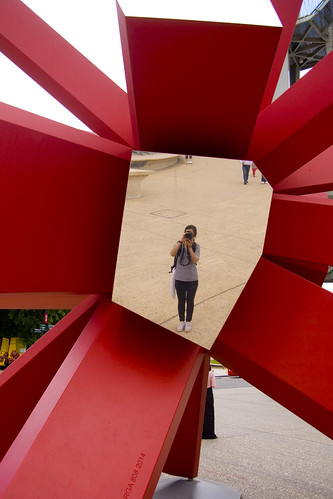 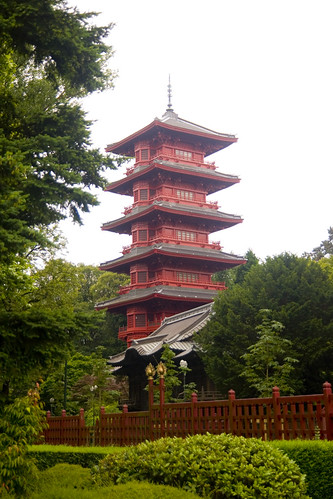 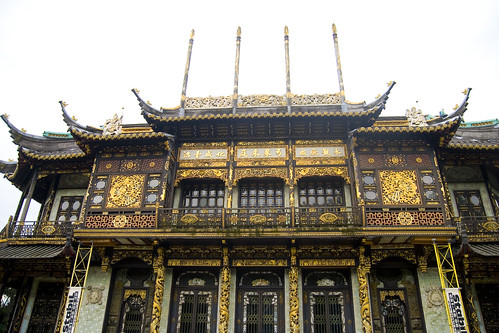 All in all, I had a fun time in Brussels. I may not be one for big cities, but I’m glad I stopped by.