We finished our Iceland road trip with a visit to the capital, Reykjavik. After the epic previous five days, it was a bit anticlimactic to come back to Reykjavik, I have to admit. Not that Reykjavik is not great, but it’s merely cute in a hipster kind of way, and that cannot compare with the awesome countryside surrounding it.

Still, that didn’t stop us from enjoying ourselves. The museums were all closed for the holiday, and some of the shops too (I was disappointed, because I had planned on shopping at the Red Cross thrift store), but we spent an enjoyable day walking around, climbing on top of Hallgrímskirkja, gawking at Harpa concert hall, and looking at all the amazing street art. 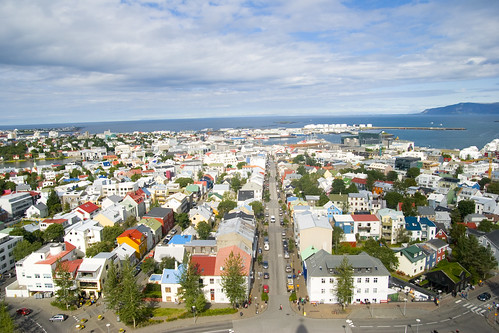 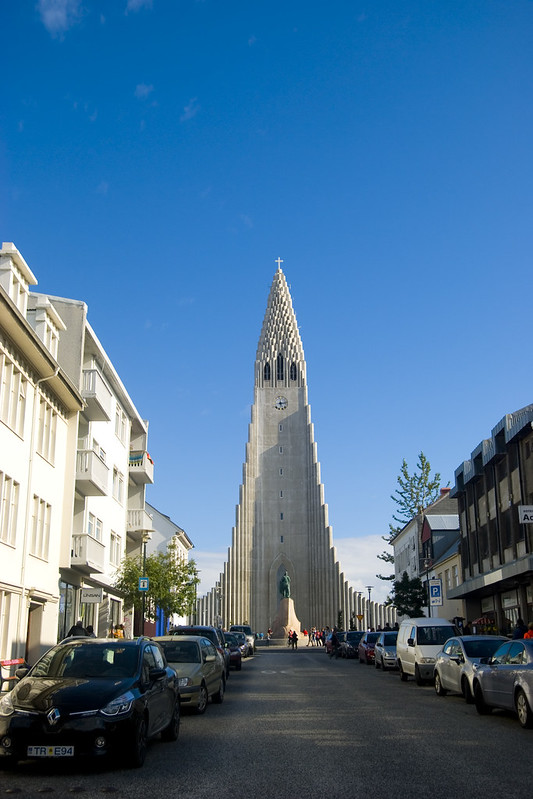 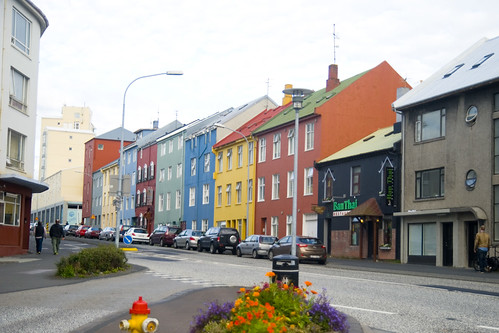 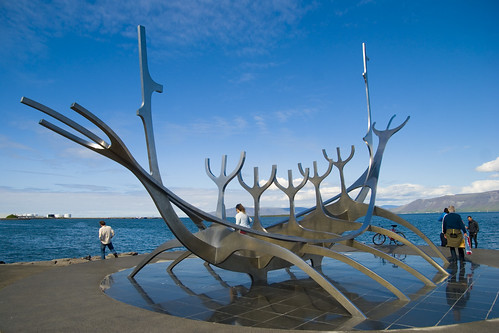 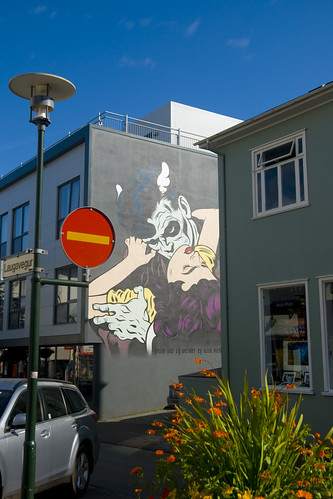 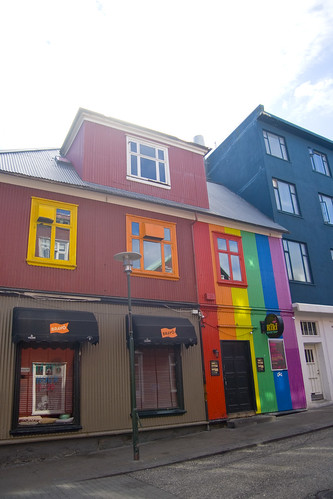 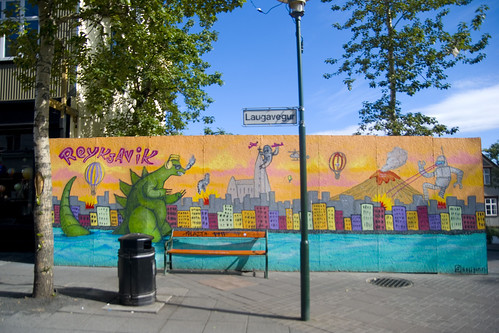 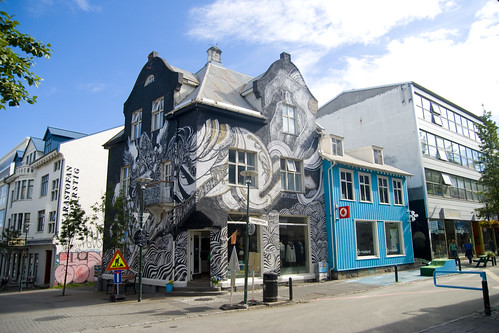 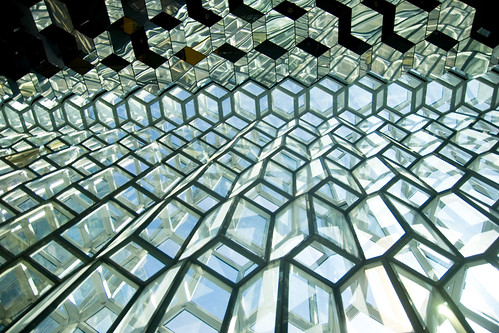 The interior of Harpa is insane. I don’t even know which way is up in these photos 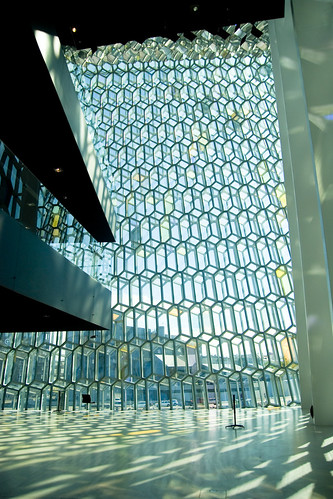 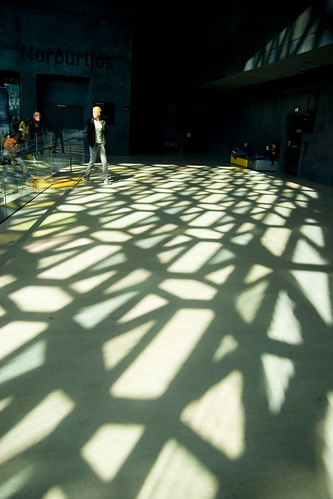 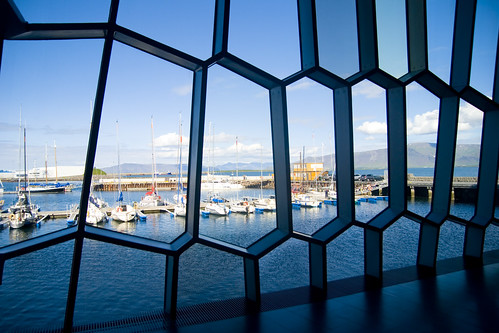 View of the harbor from Harpa 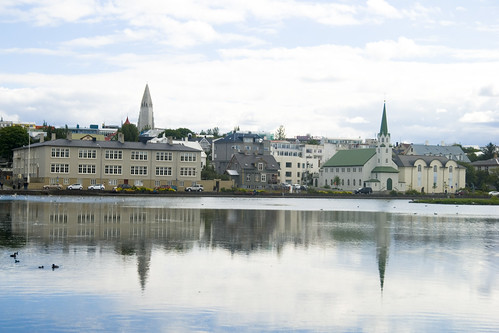 The Pond, next to City Hall

Then, at dinnertime, it being our last day and all, I suggested we splurged a bit and went out to eat instead of going back to the hostel to cook. We went to Cafe Babalú, a quirky place with awesomely kitschy decorations (they have Star Wars stickers in the bathroom). We had lamb soup and, for me, a giant slice of Nutella cheesecake for dessert. It may have cost half a week’s worth of grocery, but man, it was so satisfying to have some an actual meal instead of random combinations of food. 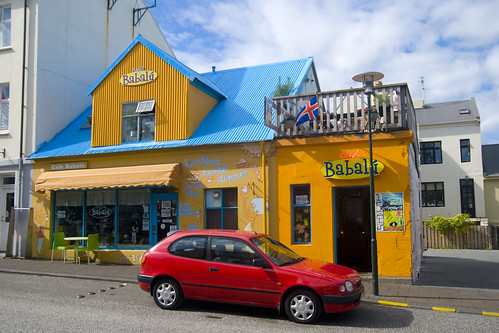 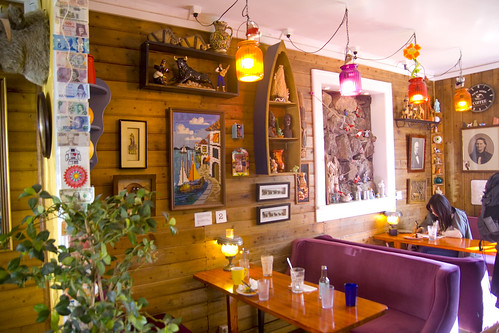 Cafe Babalú, inside and out 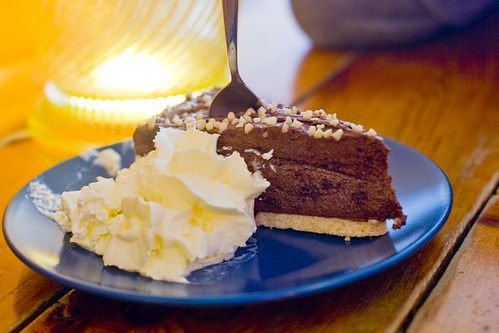 Finally, it was time to say goodbye – my Amsterdam friends and I were going back to the Netherlands early the next morning, and Debbi back to the US – but we all agreed that it was an unforgettable trip, and were already planning our return. Maybe some time in the winter, to catch the Northern Lights? We’ll see.