Jökulsárlón is the furthest east we went in Iceland; after that we turned around and drove back toward Reykjavik. Since it’s a pretty long journey compared to our previous days (nearly 5 hours), I decided to put in one more stop – Vík and its black sand beach.

My boots were so dusty at this point that the sand was blacker than them! 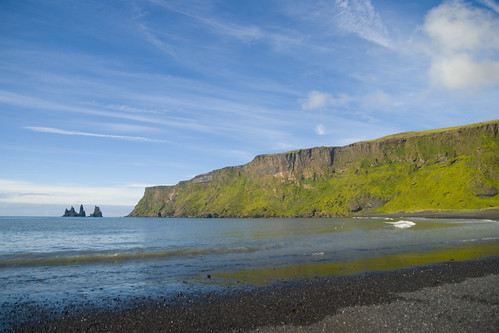 After walking around on the beach in Vík for a bit, we drove on to Dyrhólaey, another beach down the road with the famous natural arch standing in the sea (funny tidbit: when we put the coordinates for Dyrhólaey into the GPS, it said there was no route to it, so we had to ask for direction at the Vík gas station. Turns out the GPS couldn’t find a route to those coordinates because they are literally in the sea.) 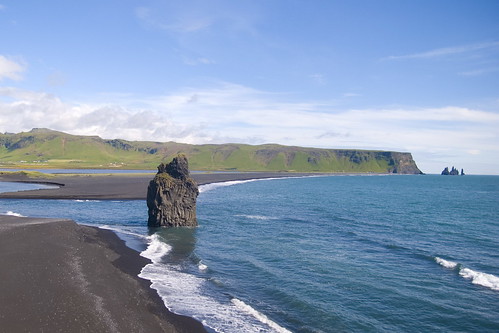 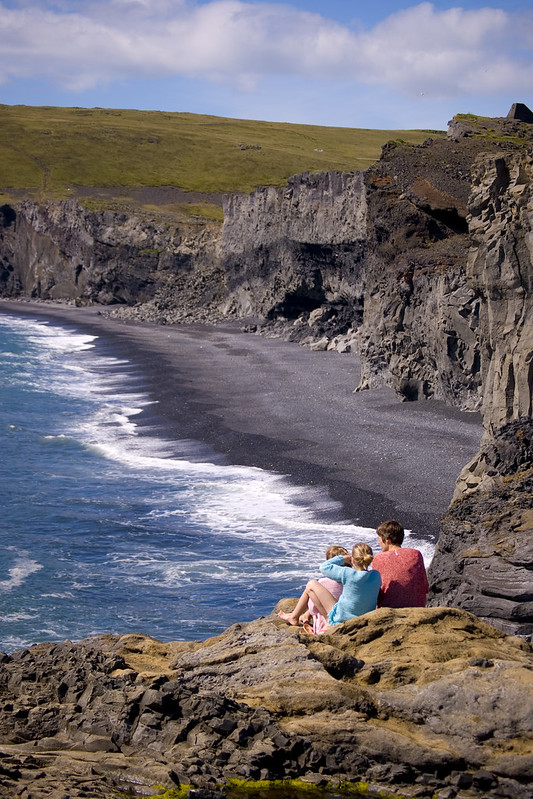 I’m particularly proud of this photo, because it looks like the cover of a 1950 children’s book

It was a little bit out of the way (no more than 20 minutes though) and the beach was closed due to a rock slide warning, so we didn’t get to walk around much, but it was totally worth it, because while we were there, we got to see puffins! Hundreds and thousands of them, nesting on the cliff faces and flying out to the sea. We didn’t expect to see puffins at all during this trip (I thought we would have to take a bird-watching tour, which, considering our policy for paying extra – heck no), so it was a very pleasant surprise. 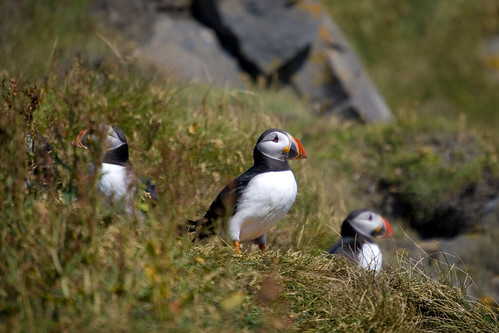 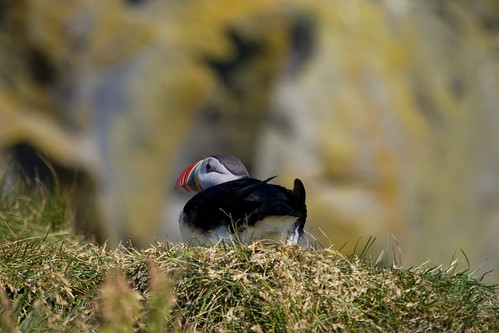 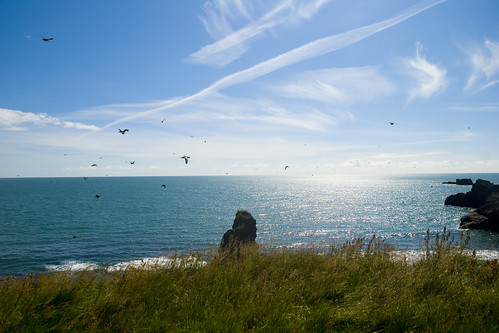 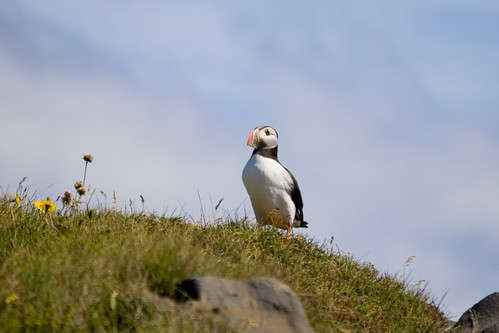 That night, we stopped at Selfoss, a small town just outside of Reykjavik. I was in charge of putting the itinerary together, and I picked Selfoss because I figured, “foss” means “waterfall” in Icelandic, so there must be some cool waterfall there to check out. When we arrived and looked it up more carefully, however, we discovered that while there is indeed a Selfoss waterfall, it’s actually on the opposite end of the country. Sure, let’s give the southwest town with no waterfall the same name as a waterfall in the northeast, that’s a good idea!

In the end though, the stop at Selfoss wasn’t a total bust, because one, they gave us free sheets (most Icelandic hostels give you pillows and duvets but charge you for the bed linens, which I think is a stupid policy because it means we had to lug around duvet covers and pillowcases. On the other hand, it also makes you appreciate the small things in life, like free sheets); and two, we got to visit Kerið, a nearby volcano crater. For a small fee (400 krona – about $3), you can walk around the crater and go all the way down to the lake formed at its bottom. It was beautiful. 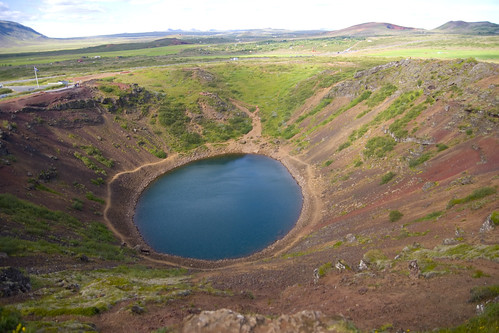 Afterward, we walked around Selfoss for a bit. It was the Saturday before the bank holiday in Iceland, so everything was pretty much dead, but we did find an ice cream shop, where I had my first taste of Smurf ice cream (it was actually just blue ice cream that tasted like marshmallow.) 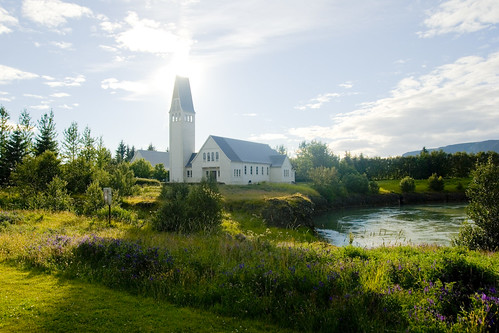 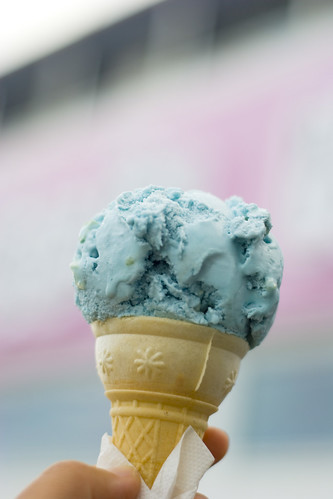 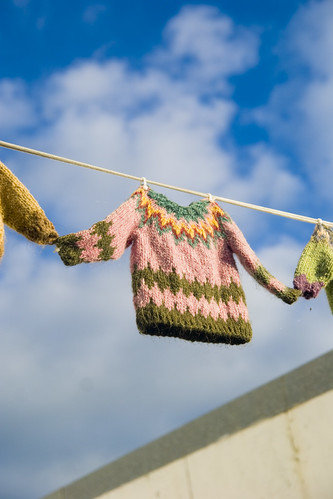 My Smurf ice cream, and tiny lopapeysa (Icelandic sweaters) outside a craft store

And then it was time to head back to Reykjavik, back to civilization!