So far in our Iceland trip, we haven’t seen that much “ice” (with the exception of Snæfellsjökull). It’s that old myth – Iceland is not covered in ice, and Greenland isn’t green; it’s actually the other way around. Still, we were about to rectify that with our next destination – Jökulsárlón, the glacial lagoon (“jökull” means “glacier” in Icelandic, and “sárlón” means “lagoon”.)

The drive from Skógafoss to Jökulsárlón is the longest stretch we had to do, not counting the drive back to Reykjavik – over 2.5 hours – and yet it was the most boring. OK, the road itself isn’t boring. You can’t find any boring road in Iceland even if you try. The thing is, by this time we’d had the car for five days, and reached a point where a view that, on the first day, would make us stop and scramble for our cameras, now only elicited a mild “Huh, that’s nice.” 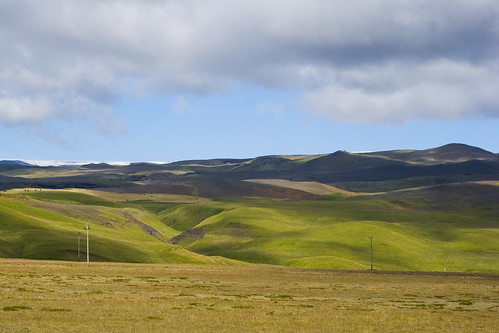 It didn’t help that we passed through almost nothing but endless lava fields. Sure, it was interesting at first – it looks so alien – but after a while, it got repetitive. 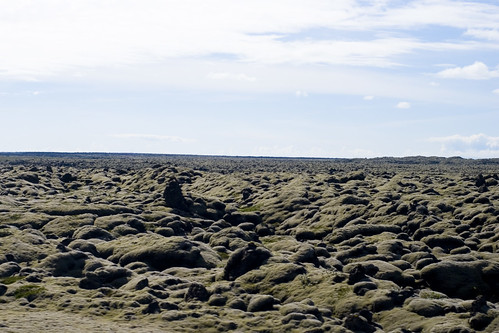 It just goes on and on…

The only entertainment we got was from pointing out the sheep and horses, and hay bales wrapped in colorful plastic that looked like giant marshmallows. 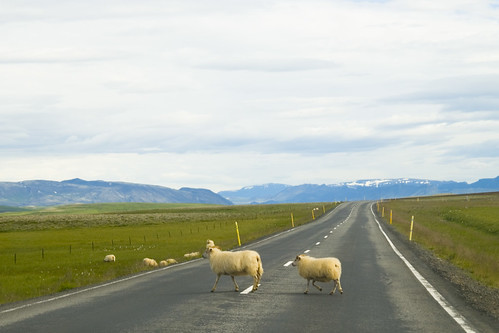 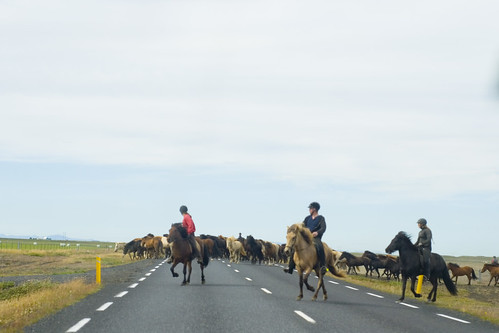 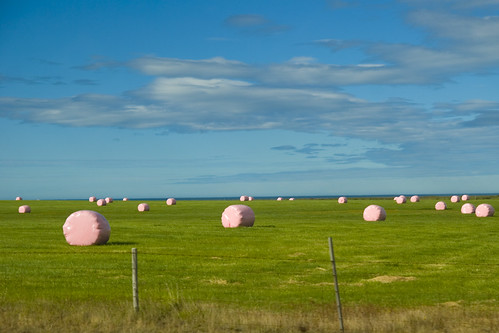 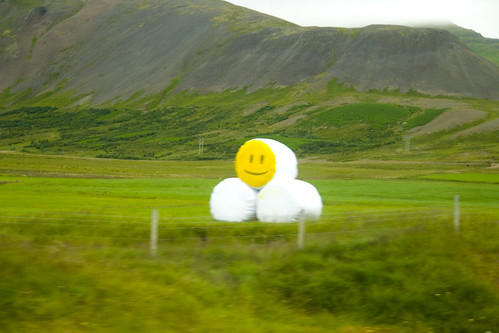 But then we got closer to Jökulsárlón and saw Vatnajökull (aka the biggest glacier in Iceland) in the distance, and things started looking up. 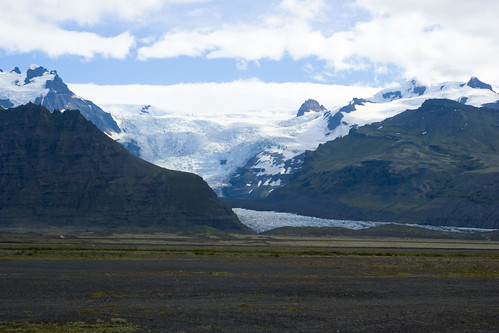 Jökulsárlón was unreal. It wasn’t like anything we’ve seen before – blocks of impossibly blue ice floating around on a small lagoon, some close enough to touch.  I wish we could’ve stayed for the sunset, it must be insanely gorgeous. 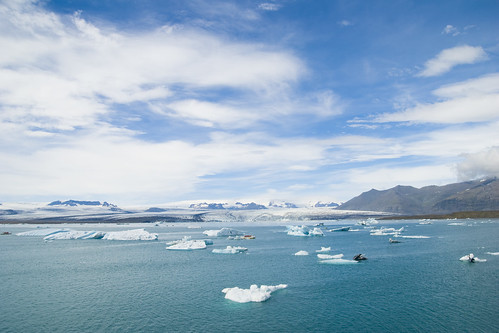 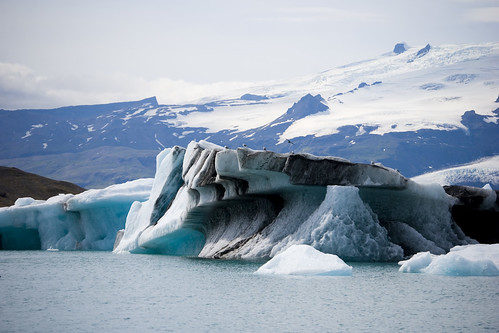 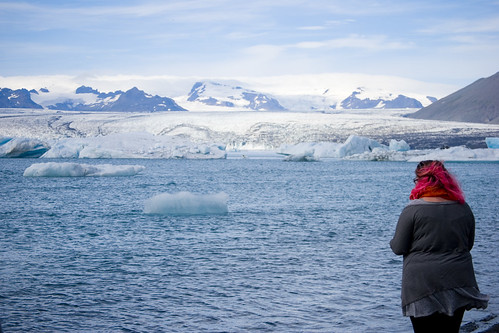 Debbi’s hair contrasts nicely with all the blue ice 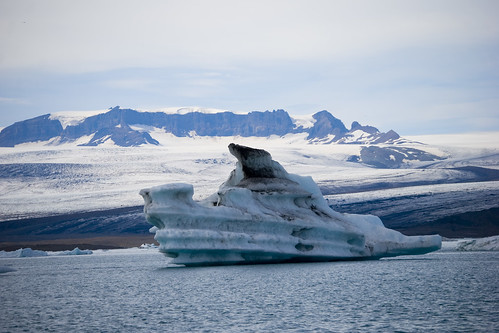 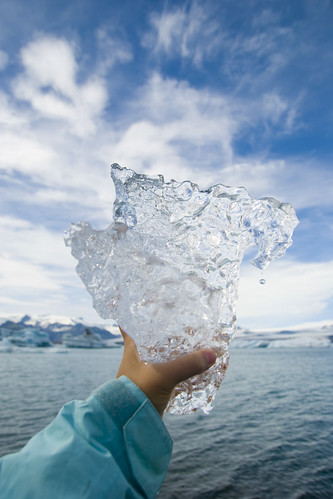 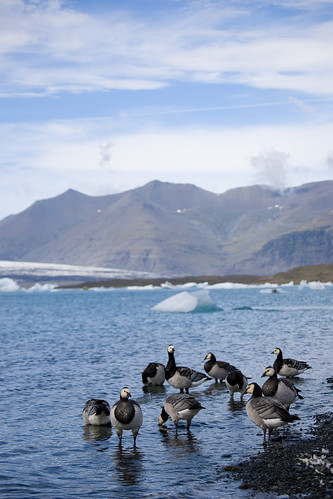 We had different themes for our group photos. This one is “boyband album cover”

After the lagoon, we drove on to our nearby hostel. All of our previous hostels have been in or near a town, but here it’s just a tiny cluster of farmhouses in the middle of nowhere. Despite its size, its proximity to Jökulsárlón means that it was full, so instead of dorm rooms, we were given a separate cabin. We joked that if this was a horror movie, we would probably all be murdered by the farmer and his family of cannibals. 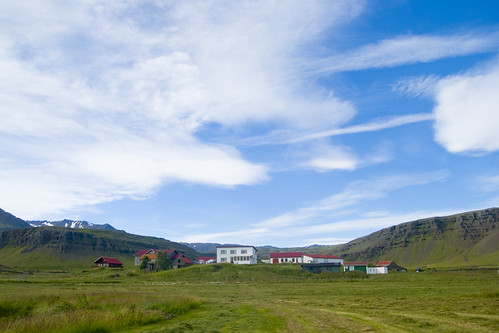 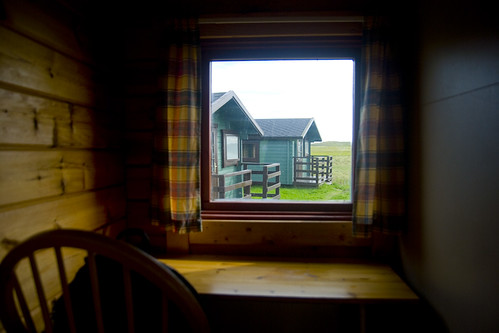 We actually did meet the farmer when we took a walk through the field after dinner. He was very nice. He said “Great weather, isn’t it?” and we all agreed. Except for that bit of rain when we were at Skogafoss, every day had been gloriously sunny and bright. It wasn’t exactly warm though – the farmer was wearing a T-shirt, while we were swaddled up in our thermal shirts and sweaters. Even Debbi and my Amsterdam friends, who are used to freezing winters, had to wear their big coats. But he’s a local, so I guess 50F is positively tropical for him. 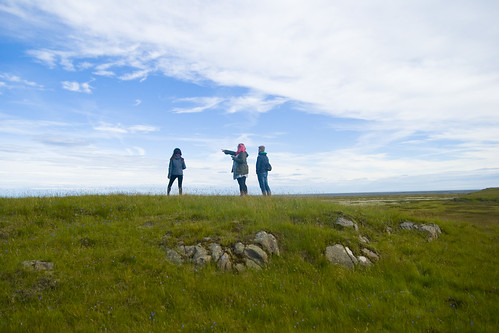 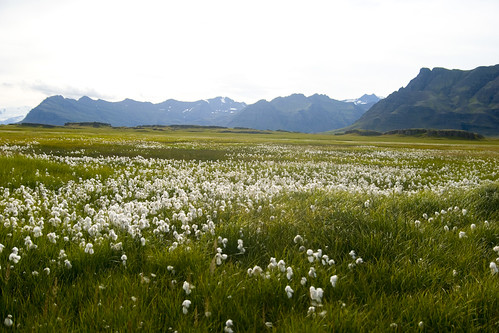 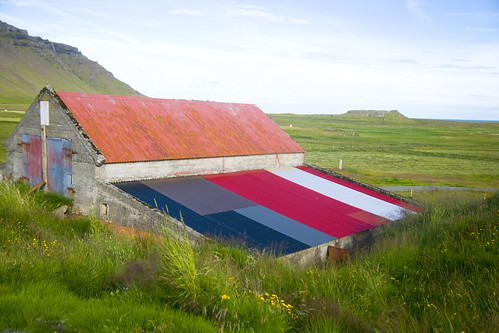 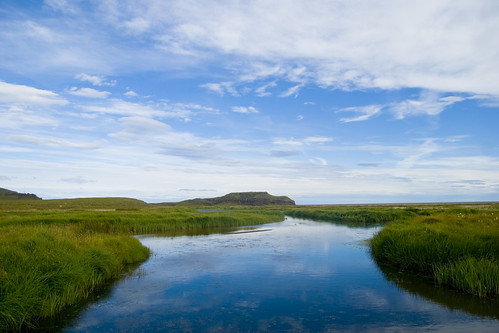