As some of you may have known, Terry Pratchett passed away on March 12. So this isn’t so much a book review as a tribute to him (even though I did just finish The Wee Free Man, one of his Discworld YA books, not as funny as the usual Discworld stuff but still very good.)

Good Omens was one of the first English-language books I bought when I first moved to LA, and it introduced me to both Terry Pratchett and Neil Gaiman. After that, I got The Color of Magic – the first in the Discworld series – and I was hooked. I didn’t realize it at the time, but those books have solidified my love for fantasy, solidified my sense of humor, and influenced so much of my writing. I never even try to imitate Sir Terry’s writing – you can’t – but I certainly try to approach my fantasy world with the same attention to details and level of realism (sounds like an oxymoron, but it isn’t).

Look, I’m terrible at waxing poetic and being sentimental about things, so I’ll just end this with a quote from Reaper Man: “In the Ramtop village where they dance the real Morris dance, for example, they believe that no one is finally dead until the ripples they cause in the world die away—until the clock he wound up winds down, until the wine she made has finished its ferment, until the crop they planted is harvested. The span of someone’s life, they say, is only the core of their actual existence.” If that is the case, then Terry Pratchett will live forever.

And although it is impossible to capture the essence of Discworld in an outfit, I put this together as an homage to my four favorite Discworld characters – Death, his granddaughter Susan, Granny Weatherwax, and Lord Vetinari. Now that I think about it, they’re fundamentally very similar characters – people who are very good at their jobs, who do it calmly and efficiently, without making a fuss about anything. And of course, they’re all dressed in black. No wonder I like them 🙂 I guess the scarf is a nod to the stars on the hats and robes of the wizard of the Unseen University as well. 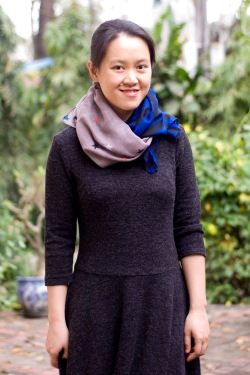 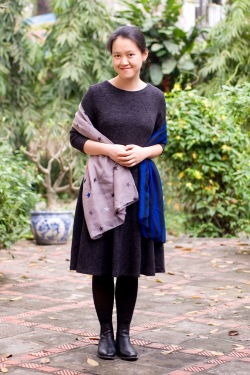 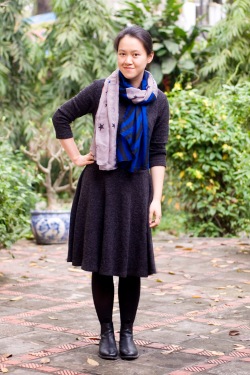 Dress: tailor, Boots: Dan Sko (my tall heeled boots might have looked better with the dress, but I decided that Susan and Granny Weatherwax would go for something more sturdy and sensible), Scarf: gift